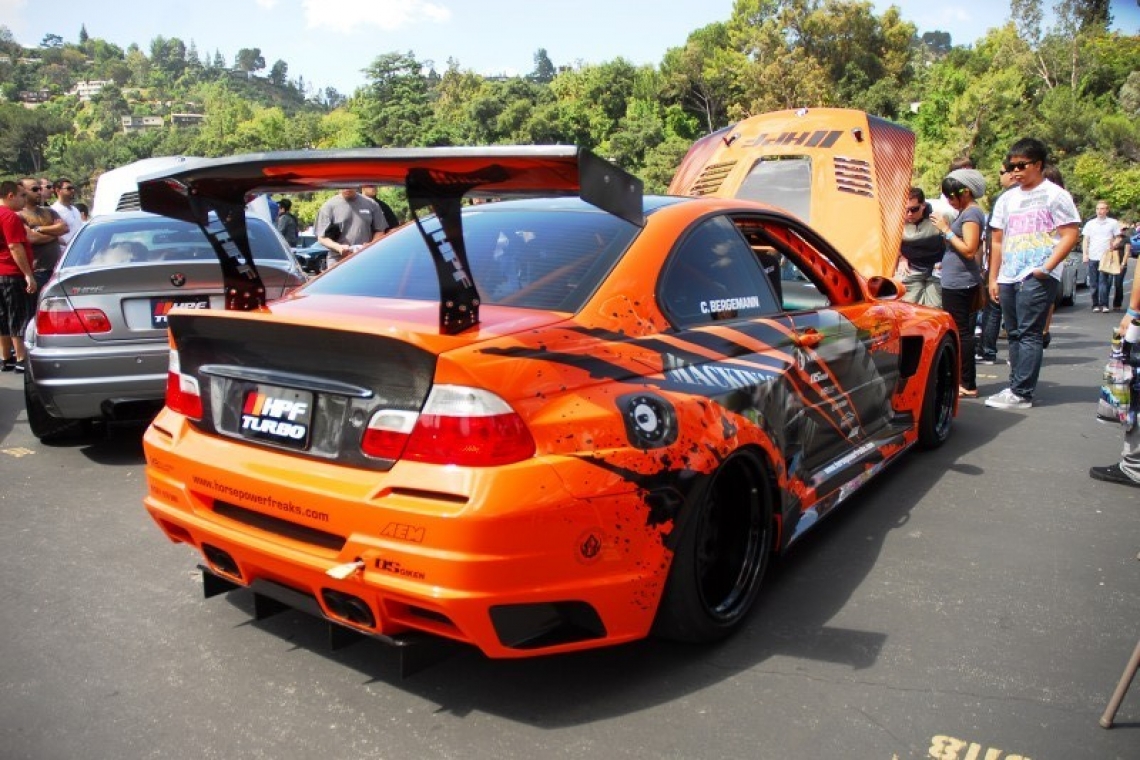 When it comes to anything with a "roundel" attached to it, the annual Bimmerfest is the place to see it. With over 2,000 BMWs in attendance fans of the Bavarian automaker can get their fix. From rare 507s and CSLs all the way on up to the 1,000whp high-tech rockets from the HorsepowerFreaks (HPF). For 2010, there were over 300 E46 3-series cars alone with 111 of them being M3s! The show was so large that the old venues was not large enough to support the event and Bimmerfest organizers had this to say about the venue change:

"The original plan was to have the show at the same venue as 2009 which turned out to not work out. We were told late into the year and worked incredibly hard to locate and find new venues to support the show. Finding a venue large enough to support Bimmerfest and one that had availability proved more difficult than anticipated but we did end up finding an opening at the Rose Bowl for May 22, 2010. This location can support the traffic levels that are needed for the show as well as the amount of space required to have the largest BMW show in North America. In addition to that, the Rose Bowl is a National Historic Landmark that provides an excellent back drop for a show as great at Bimmerfest!"