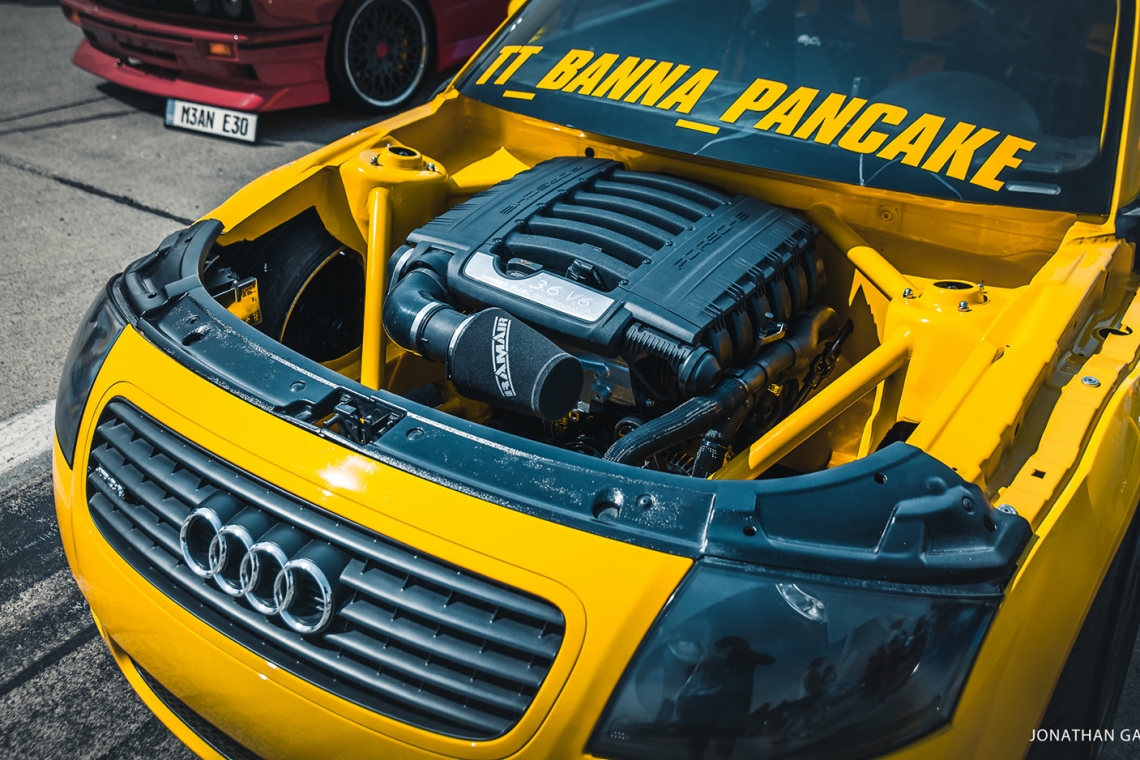 Last year was my first time attending Eurokracy in person, and it was an experience that made me vow that I’d make the trek out to the show year after year, if possible. Due to some car reliability issues, it looked like I might not be able to make it – that is, until friends of mine who were cruising up with the BMW True North club said they’d have an extra seat with my name on it if I was still down to go. Not passing up on the chance to do a club cruise, roughly seven hours later, our cruise group of Bimmers had made the drive from Toronto to Montreal. 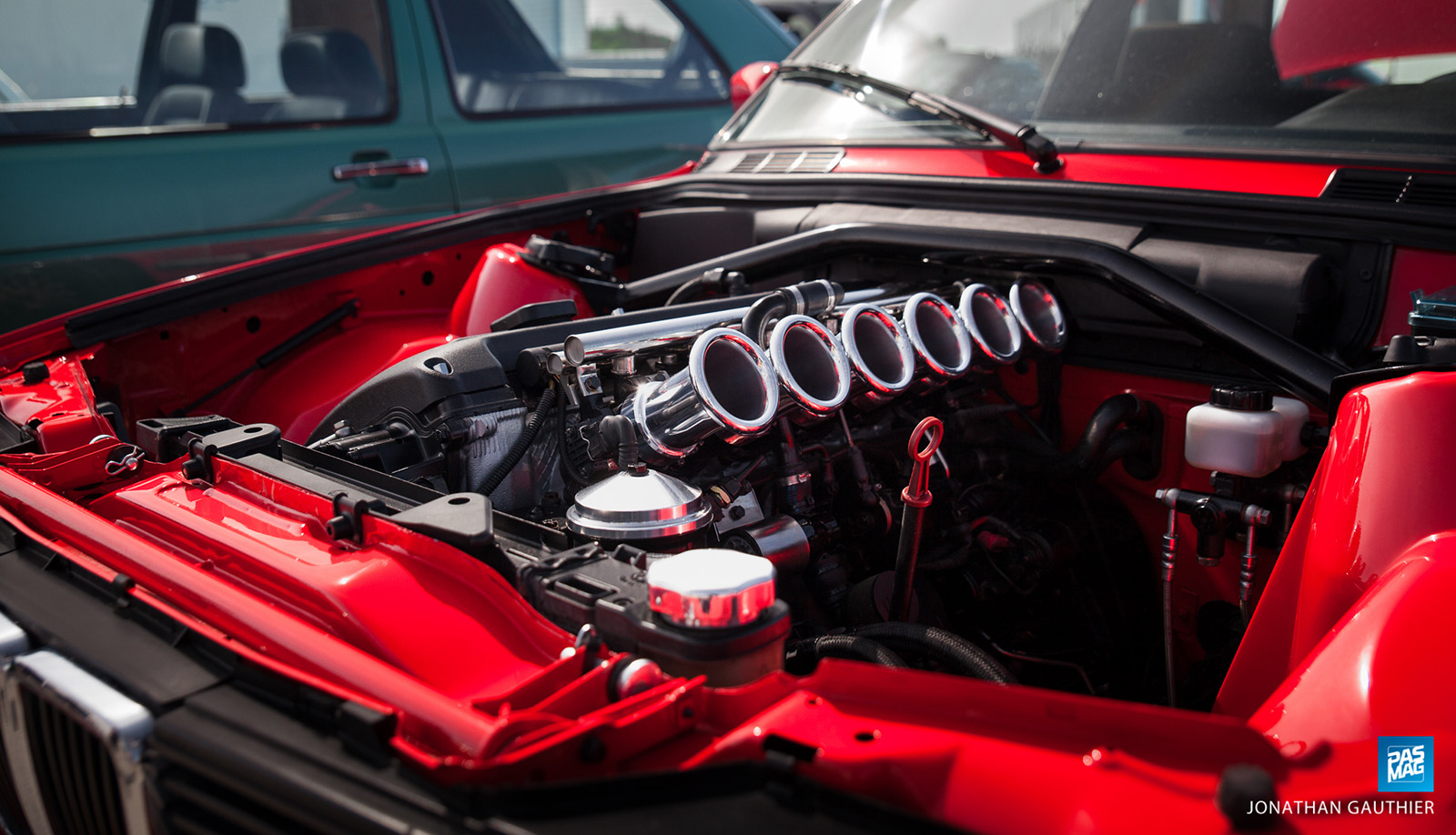 Day one of Eurokracy is always a lot to take in. As you roll through the security lines and right onto a portion of the track at ICAR Mirabel, it’s cars, tents, and flags as far as the eye can see, accented by music and engine noise in the distance. It’s a little automotive paradise away from the buzz of the city. 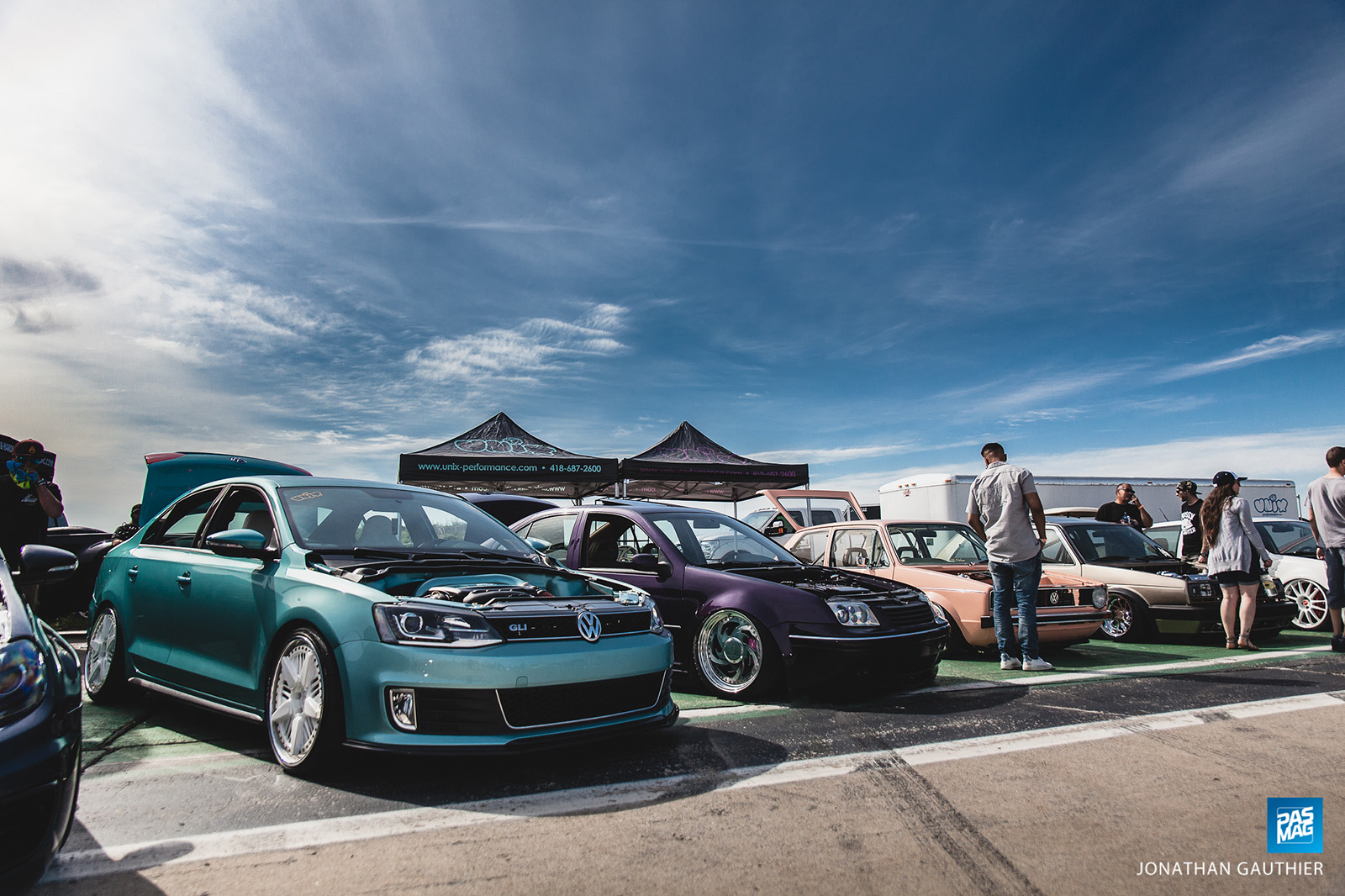 After getting organized at the BMW True North tent, we took a little stroll through the vendor displays. Porsche and BMW were side-by-side, offering some great examples of the classics enthusiast know and love, with Porsche celebrating 70 years and lining up different generations of the 911 together, while BMW showed off a near-perfect example of a 3.0 CS. Other highlights include Bag Riders’ standout S chassis cars – one with ridiculous wheel tilt and the other with one of the cleanest LS swaps I’ve ever seen – as well as John Ludwick’s impeccable 7 Series at the FLGN TLT booth. 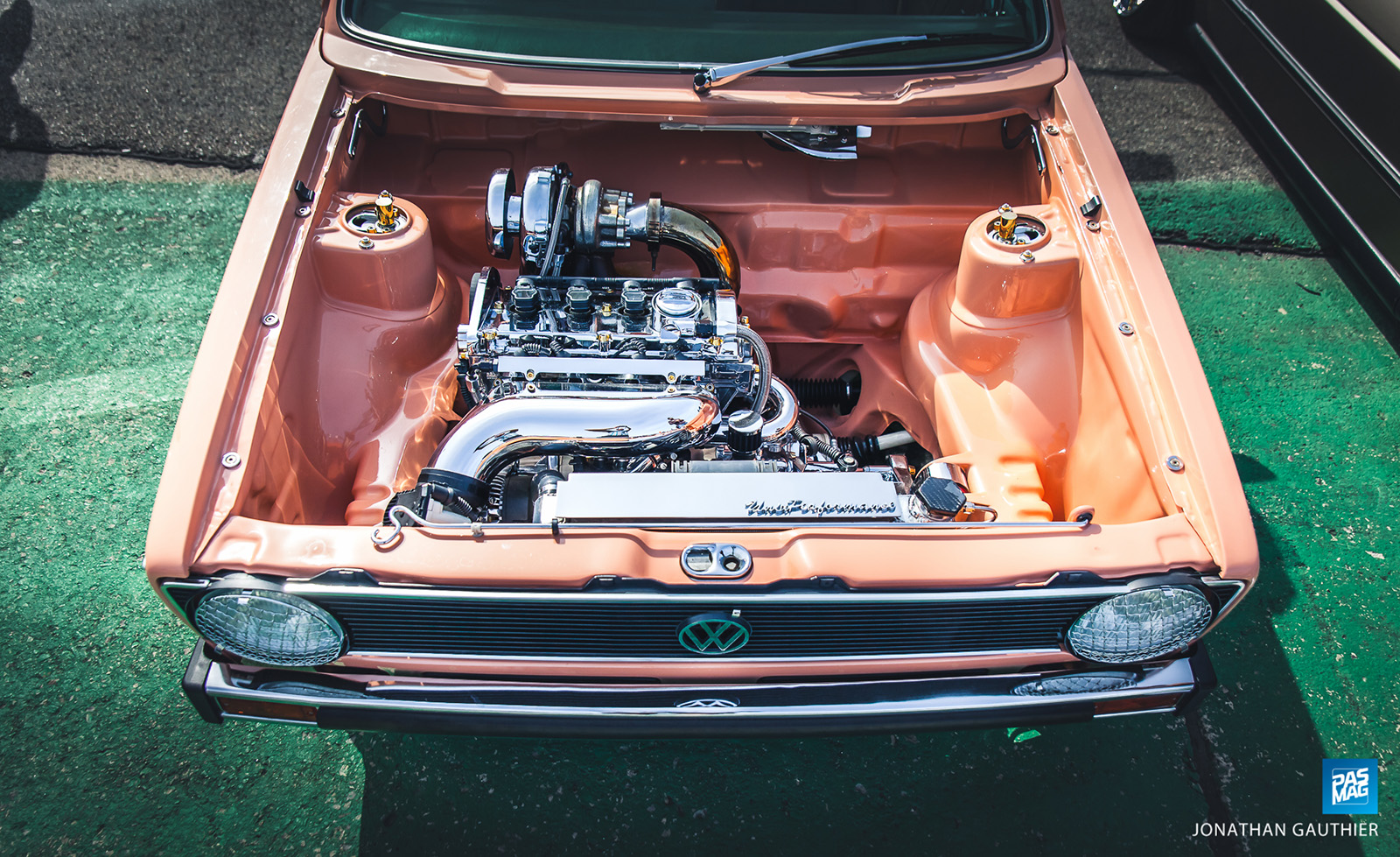 The show and shine area is where the best of the best show off what they’ve crafted, and there are always pleasant surprises. Besides the shocking yellow paintjob, Gabriel Laforce’s Audi TT with a Porsche V6 up front, plus custom tube work all over was a definite highlight, as was Connor Hofford’s V8-swapped Mk1 Golf and Remi Laflamme’s back-to-back Best of Show winning masterpiece. 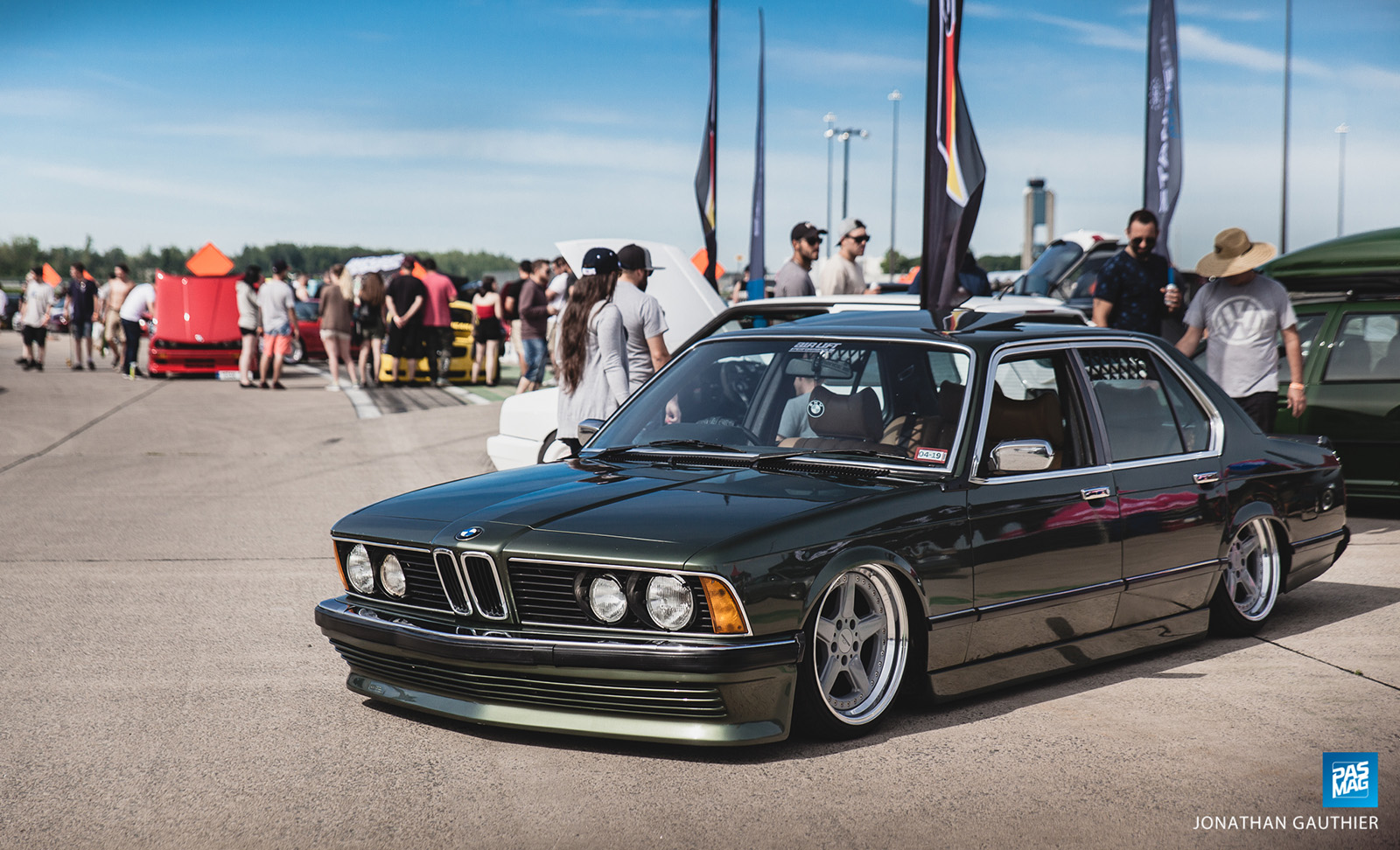 The track is also a busy place at Eurokracy, as ICAR’s facilities allow drivers a place to push their rides. If you want to test your mettle, you can take your car on the track circuit that’s been setup, rent an exotic to take around for a fee, or line up on the drag strip to see who’s fastest in the quarter mile. 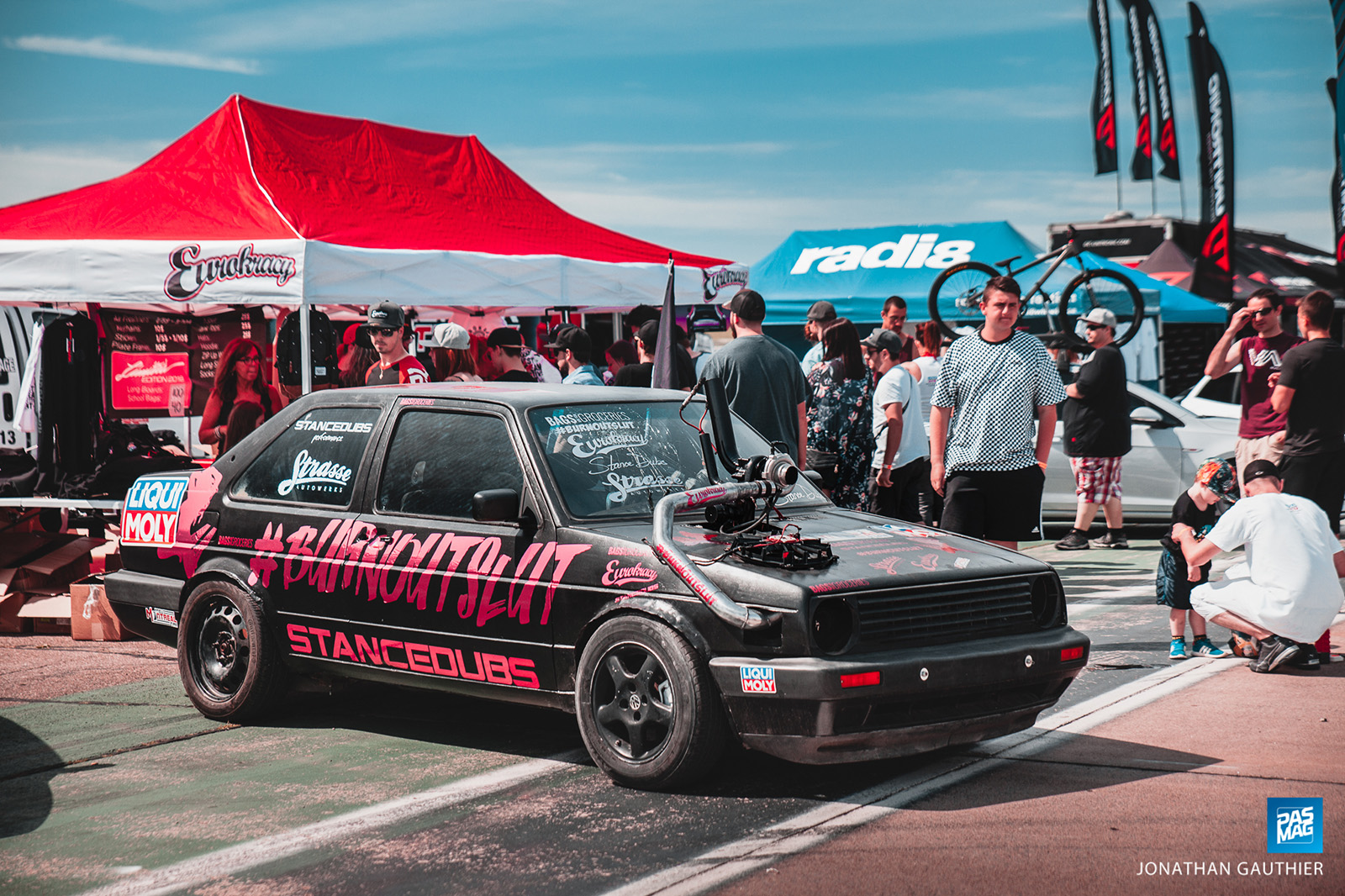 Day two of the show is shorter, but much more chaotic. On the drag strip, the burnout pit is opened and tire slayers go at it until no one can see and either their rubber or engine gives out. The master of the pit is “Burnout Slut,” a Jetta creation from Alex Teolis and Max Boileau. A Jetta shooting flames out of its hood-exit dump-pipe is one thing, but the duo decided to up the ante this year by executing a “rodeo burnout,” which consists of a crazy person hanging onto ropes attached to the car while sitting on the roof and hanging on for dear life. It’s no wonder they walk away with burnout awards every year. 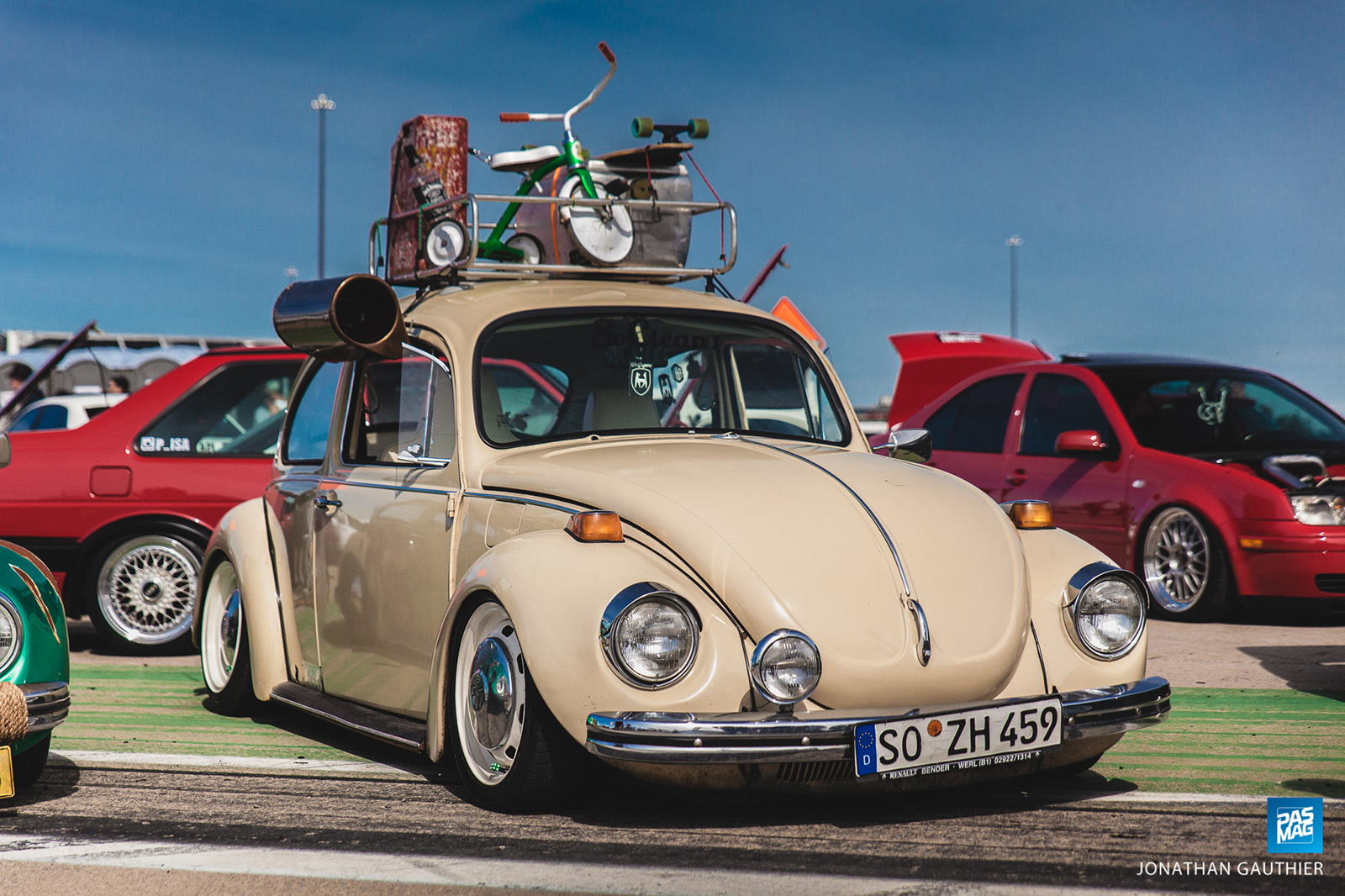