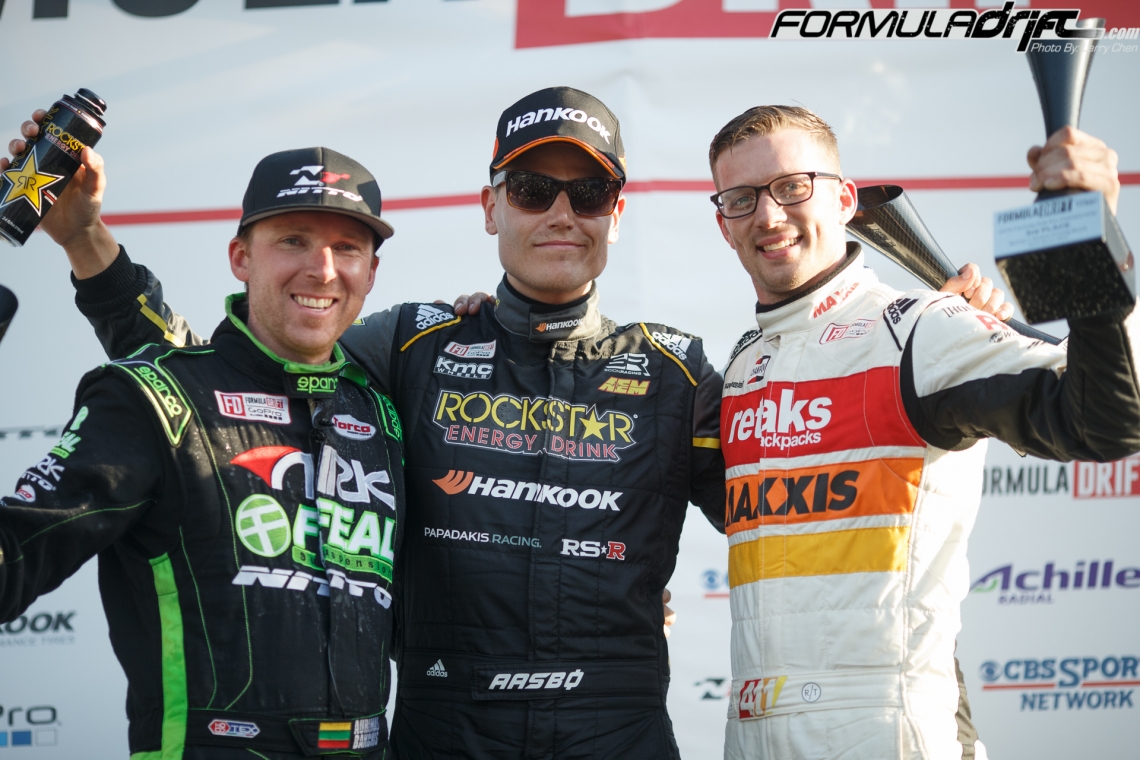 Formula DRIFT will begin the 2016 World Championship season beginning with Round 1: Streets of Long Beach on April 10-11. Tickets are now on-sale and can be purchased online via the Formula DRIFT website, www.formuladrift.com.

"We look forward to the start of the the 2016 season and the addition of the Canadian round of competition to the Pro Championship will add an extra dynamic to further grow the sport internationally,? said Jim Liaw, president and co-founder of Formula DRIFT. "The season kickoff in Long Beach is always exciting and sets the tone for the rest of the year."

The World Championship will consist of a total of nine rounds of competition including eight Pro Championship rounds in the United States and Canada and one additional round of competition in Japan. Round 1: Streets of Long Beach marks the beginning of the season with Fredric Aasbo returning to defend his championship.

Tickets are now available for Round 1: Streets of Long Beach on April 10-11, including reserved seating, 2-day ticket packages, and VIP tickets and can be purchased through www.formuladrift.com, Ticketmaster outlets, and the Long Beach Convention Center box office. Ticket prices start at $40 for grandstand seating with all seats reserved for Saturday?s competition day.

For more information visit: www.formuladrift.com and find Formula DRIFT on Instagram, Facebook and Twitter. Tune into Formula DRIFT on CBS Sports and check your local listings for airtimes.

ABOUT FORMULA DRIFT
Entering its thirteenth season, Formula DRIFT is recognized as the leading international drifting championship. Established on the streets of Japan, drifting has evolved into a worldwide competitive sport that challenges each driver's driving ability and vehicle control. Formula DRIFT provides a forum for professional drifters to compete nationwide for the coveted Formula DRIFT Championship crown. As the first official series in North America, Formula DRIFT has taken competitive motorsports to the extreme, attracting fans and car enthusiasts from all walks of life and establishes itself as the world-wide leader for the Sport. For a competition schedule and ticket information, visit: www.formuladrift.com.