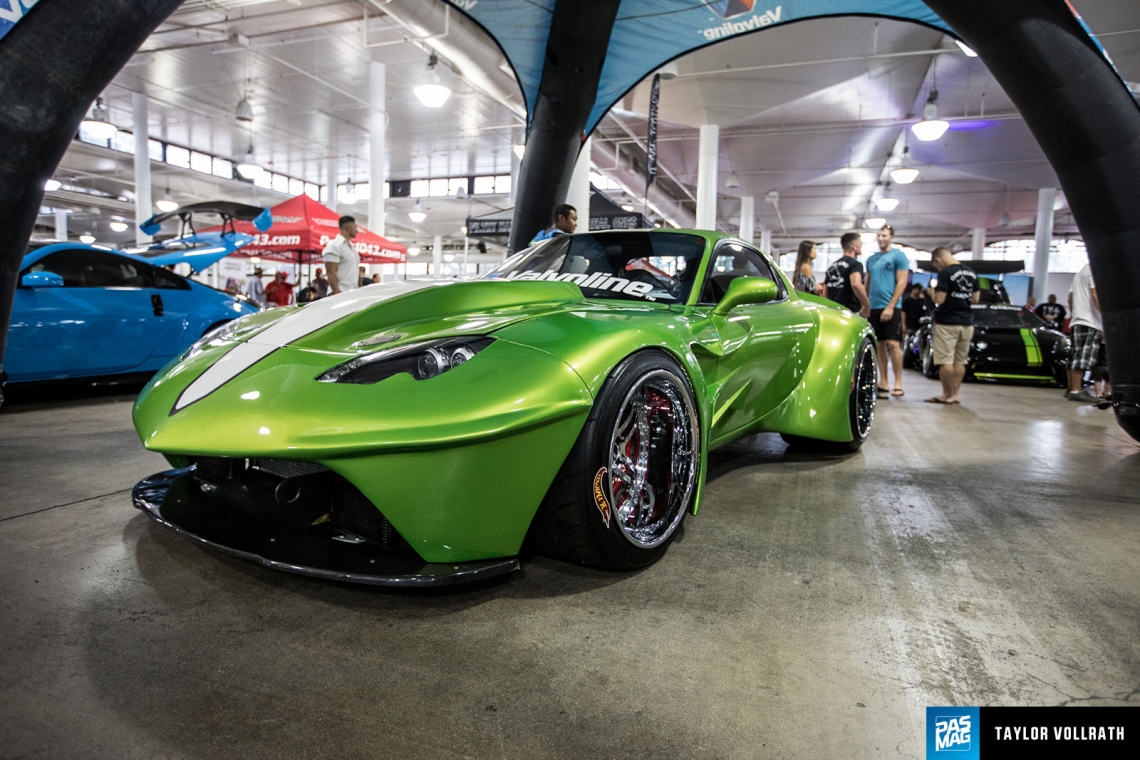 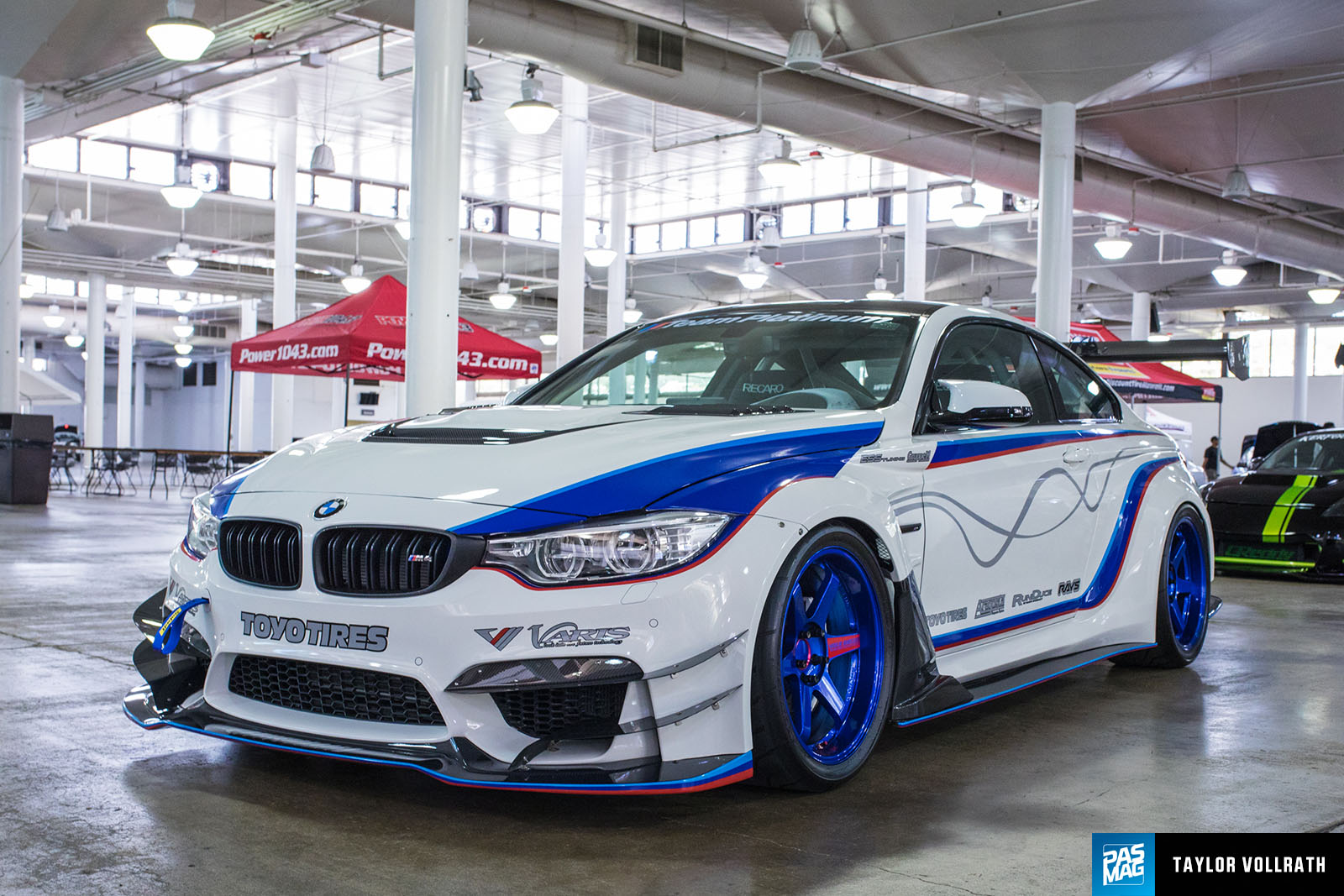 From domestic to import, low riders to lifted trucks, either your ride has 2 wheels or 4 wheels; there was something for everyone at the show.  Let's not even get started with the model booth. Featuring not only models from the mainland such as Emily Lee, Vicki Li and Sunny Fae but local models as well. If the cars didn't get your adrenaline pumping, a stop over at the model lounge would've definitely fixed that. The Miss HIN Hawaii model search was definitely a crowd favorite. 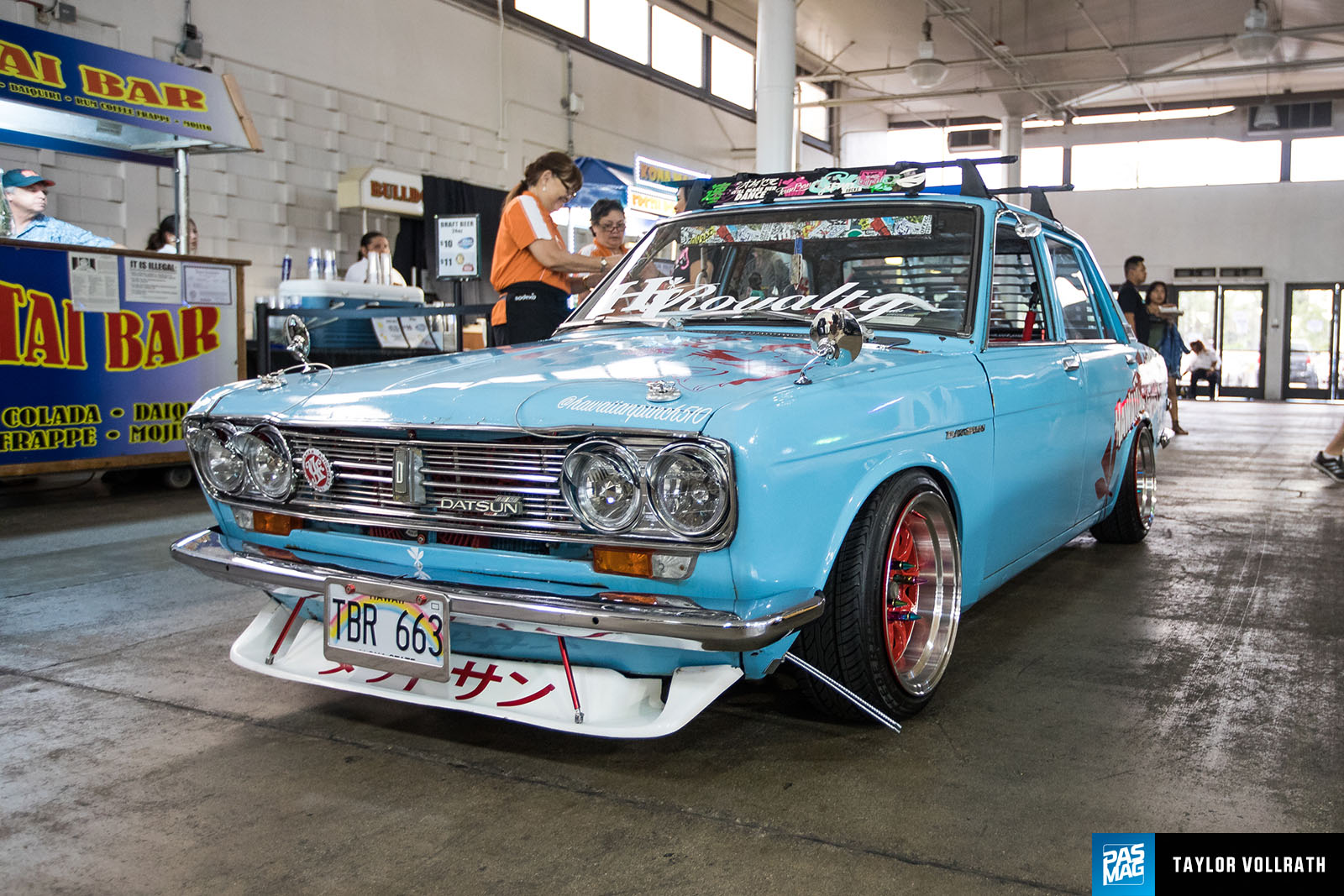 "Overall, I believe that the show was a great success, " mentions Chris Calimlim. "From the moment the box office opened to late into the night, the continuous movement of people through the front door made me wonder if we were violating a building management code because the venue was packed!" 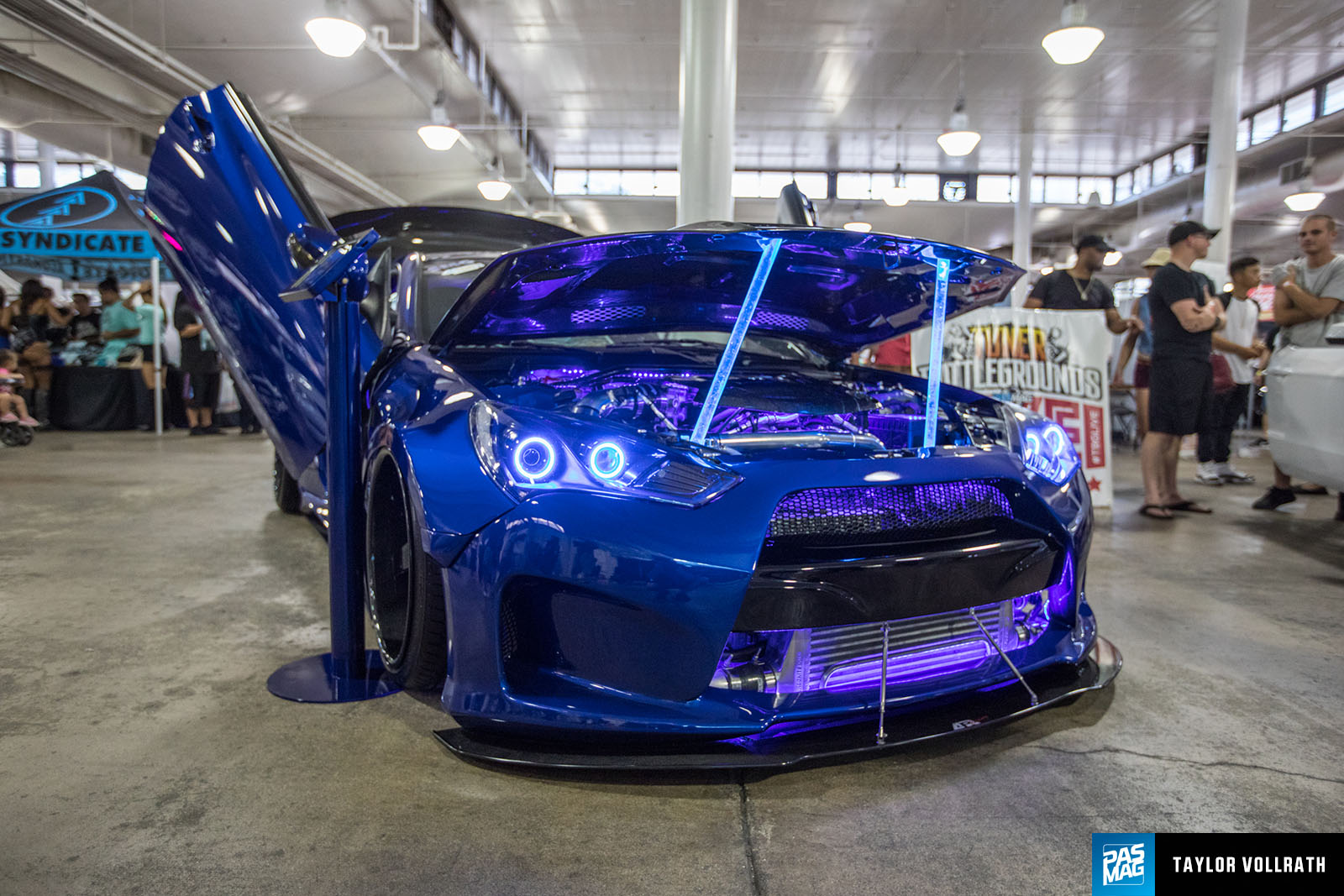 PASMAG’s Tuner Battlegrounds definitely had fans on the edge of their seats but Justin Nishimura of SMG Hawaii, with his wide body Hyundai Genesis, pulled ahead to take home the trophy along with Best of Show, Best Hyundai and Best Lighting. Stay tuned for his print feature in an upcoming issue of PASMAG! 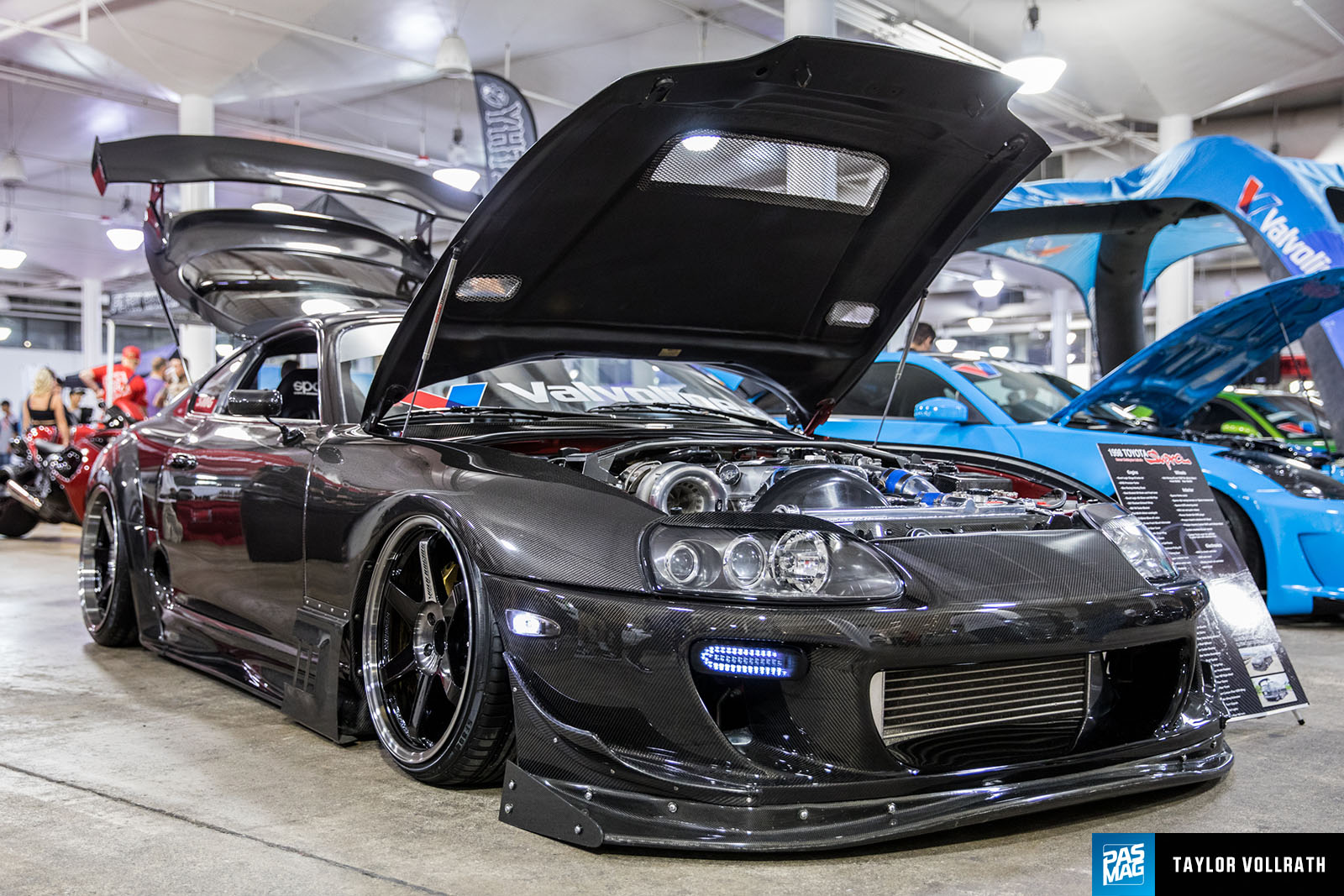 Show Highlights
Adam Taylor of Koa Speedworx - Wide Body "Hot Wheels" Mazda RX7: His work of art was resting under the covers of the Valvoline Booth. Although the car wasn't able to retain the "Best of Show" award, Taylor was still able to walk away with a decent amount of hardware, including Hottest Vendor Booth Car, Hottest Mazda, Hottest Engine and Hottest Paint. 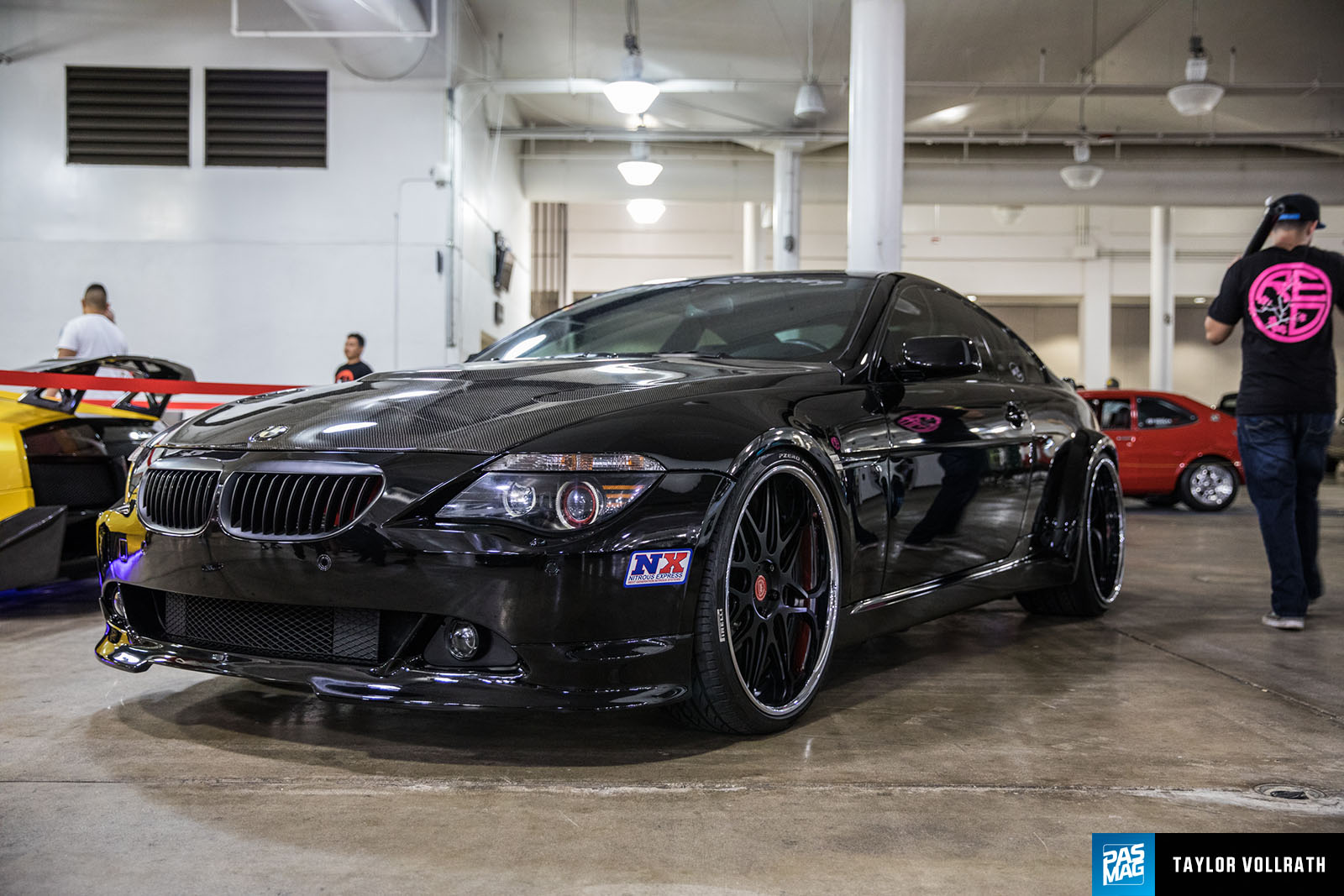 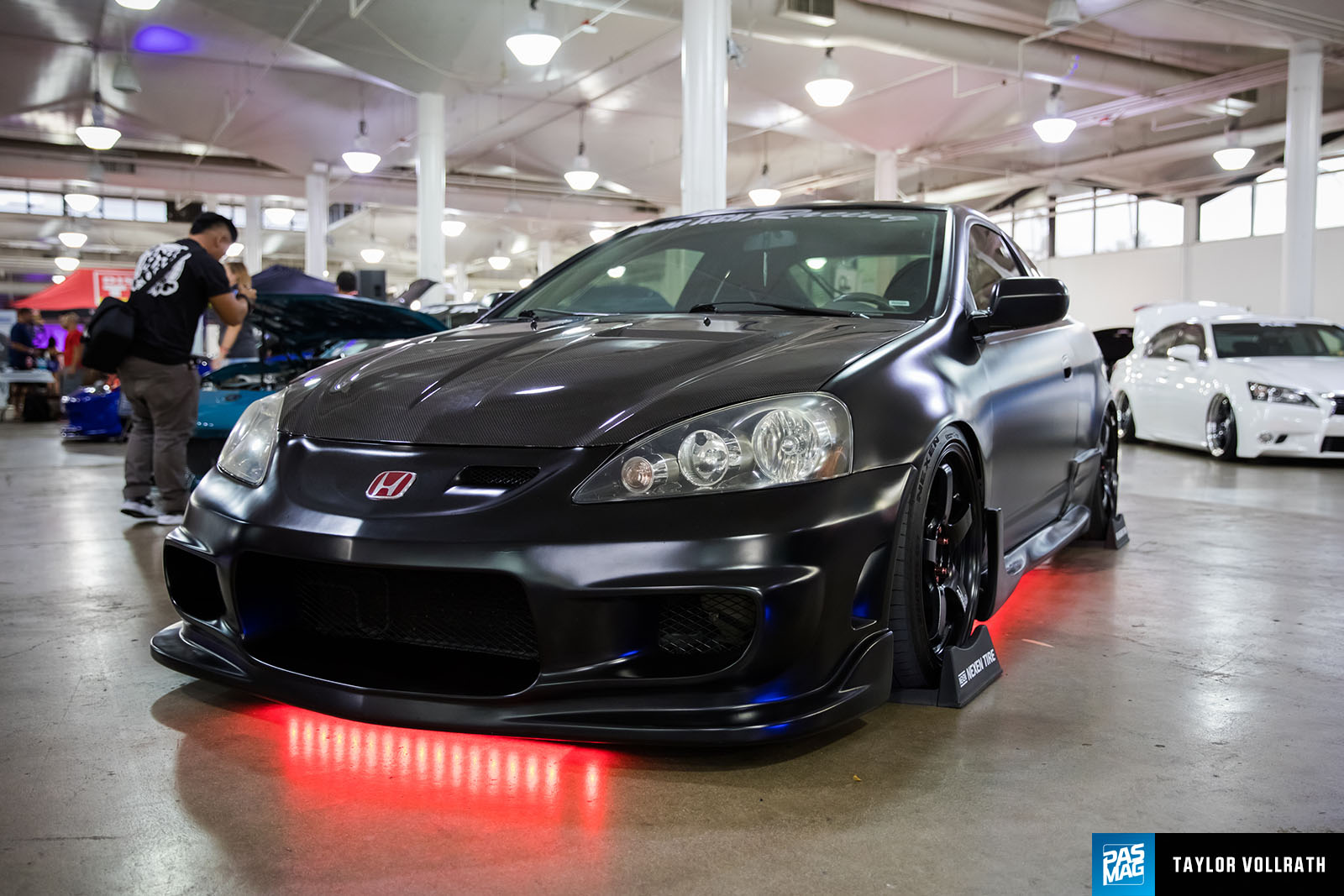 "The only really thing that stood out to me at the show compared to SPOCOM or Wekfest is; how much of a difference lighting makes to an event," Calimlim mentions. "HIN will always be known for their blinding strobes and color-coordinated neon lights; it just makes the show a lot more fun to be at." 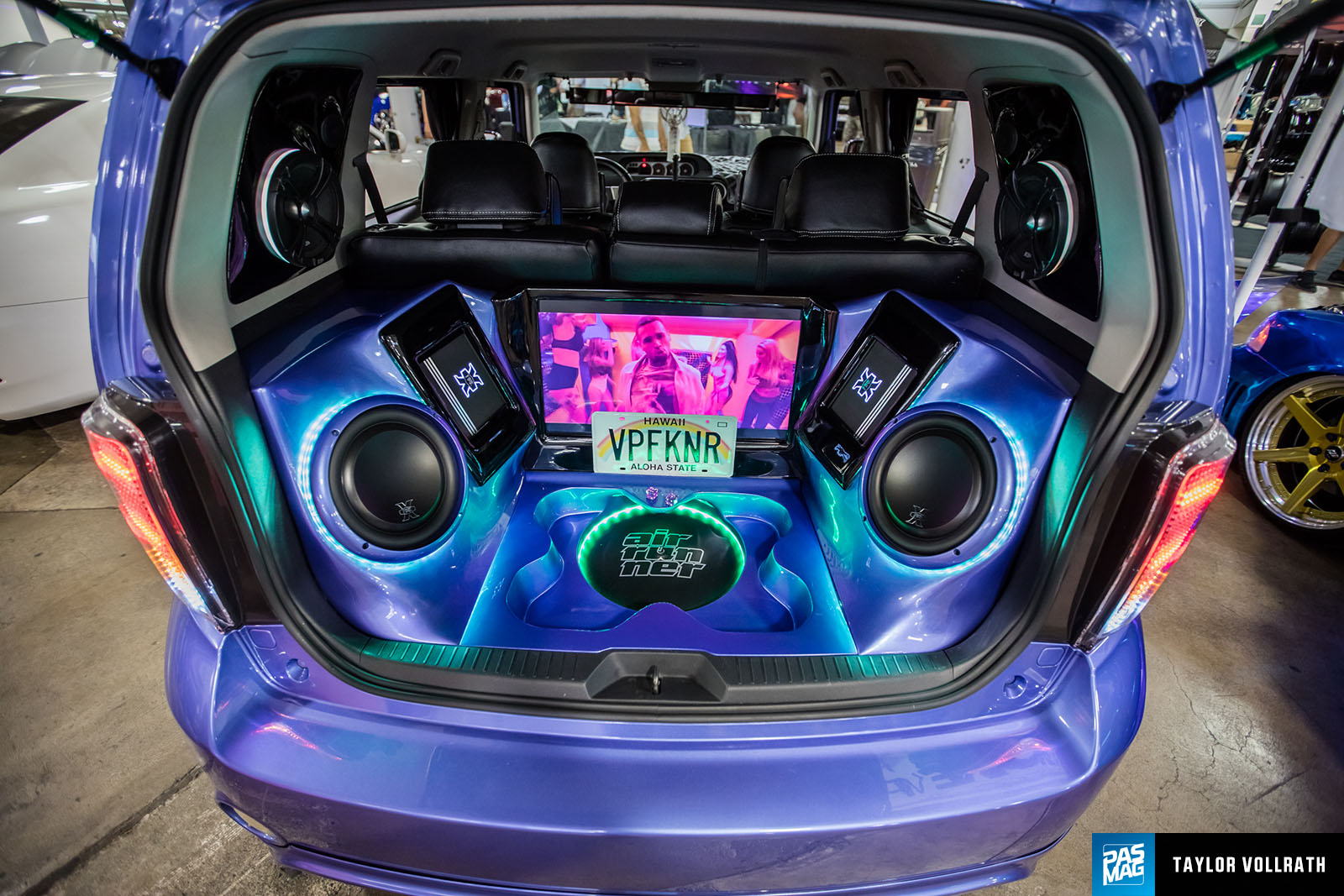 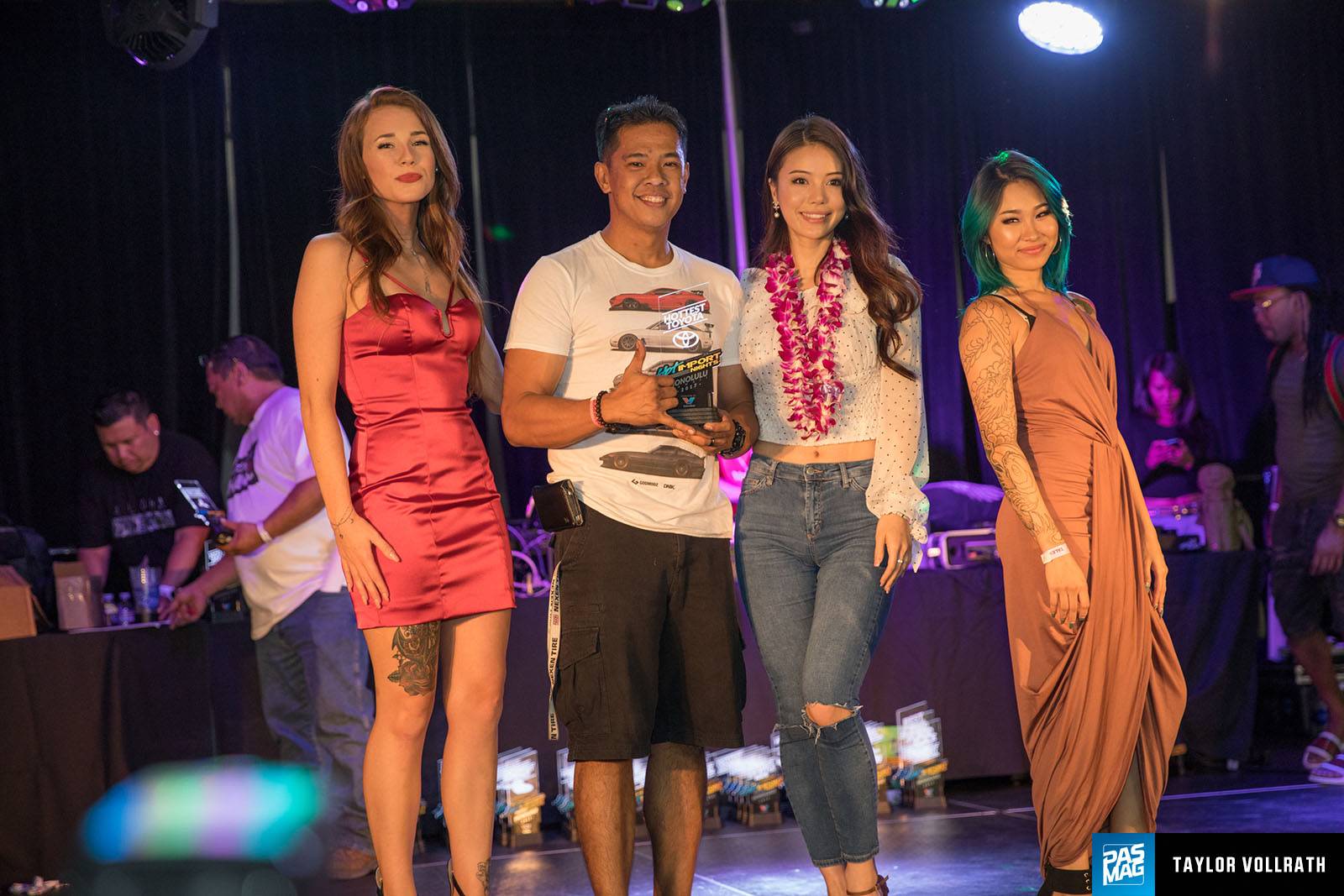 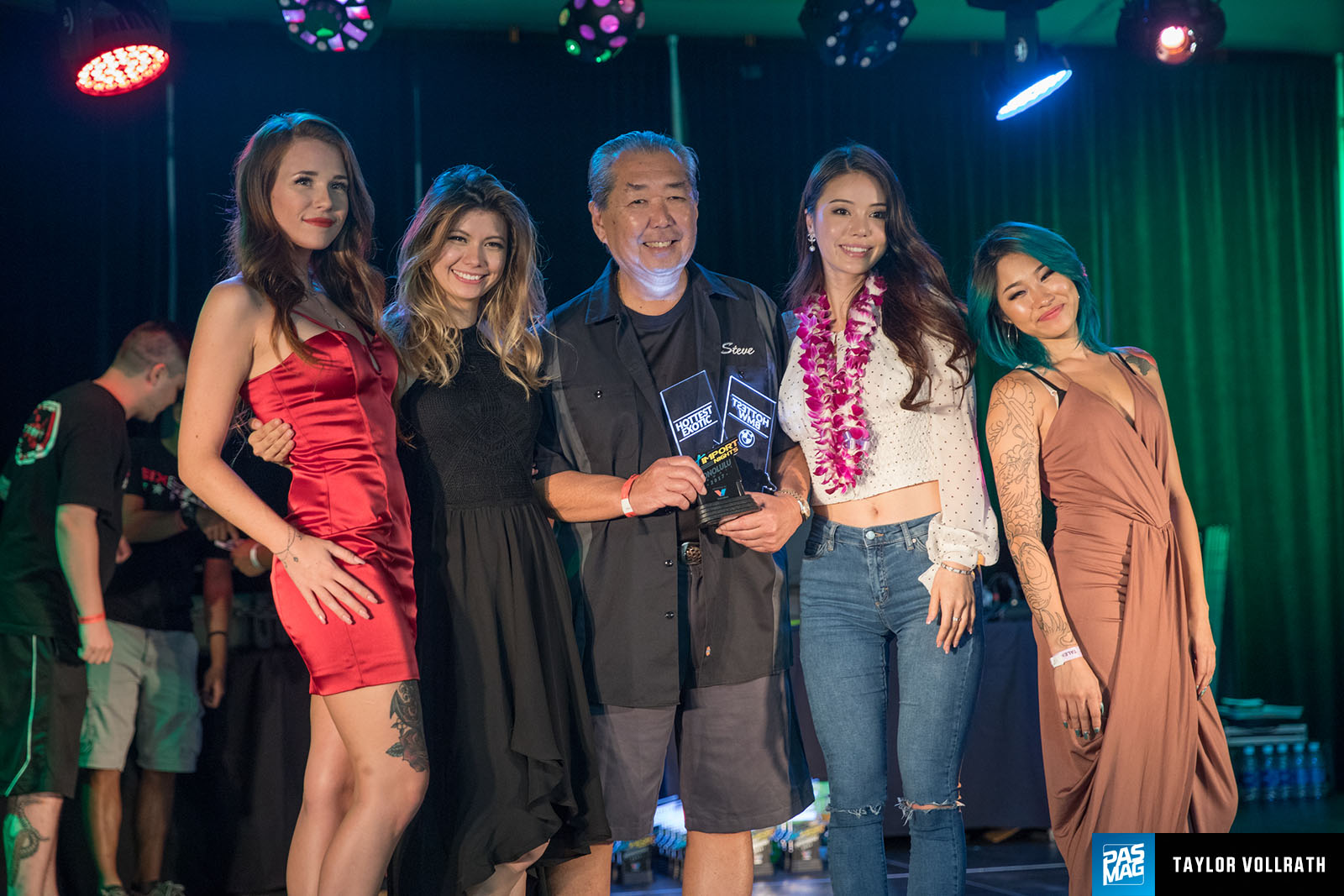 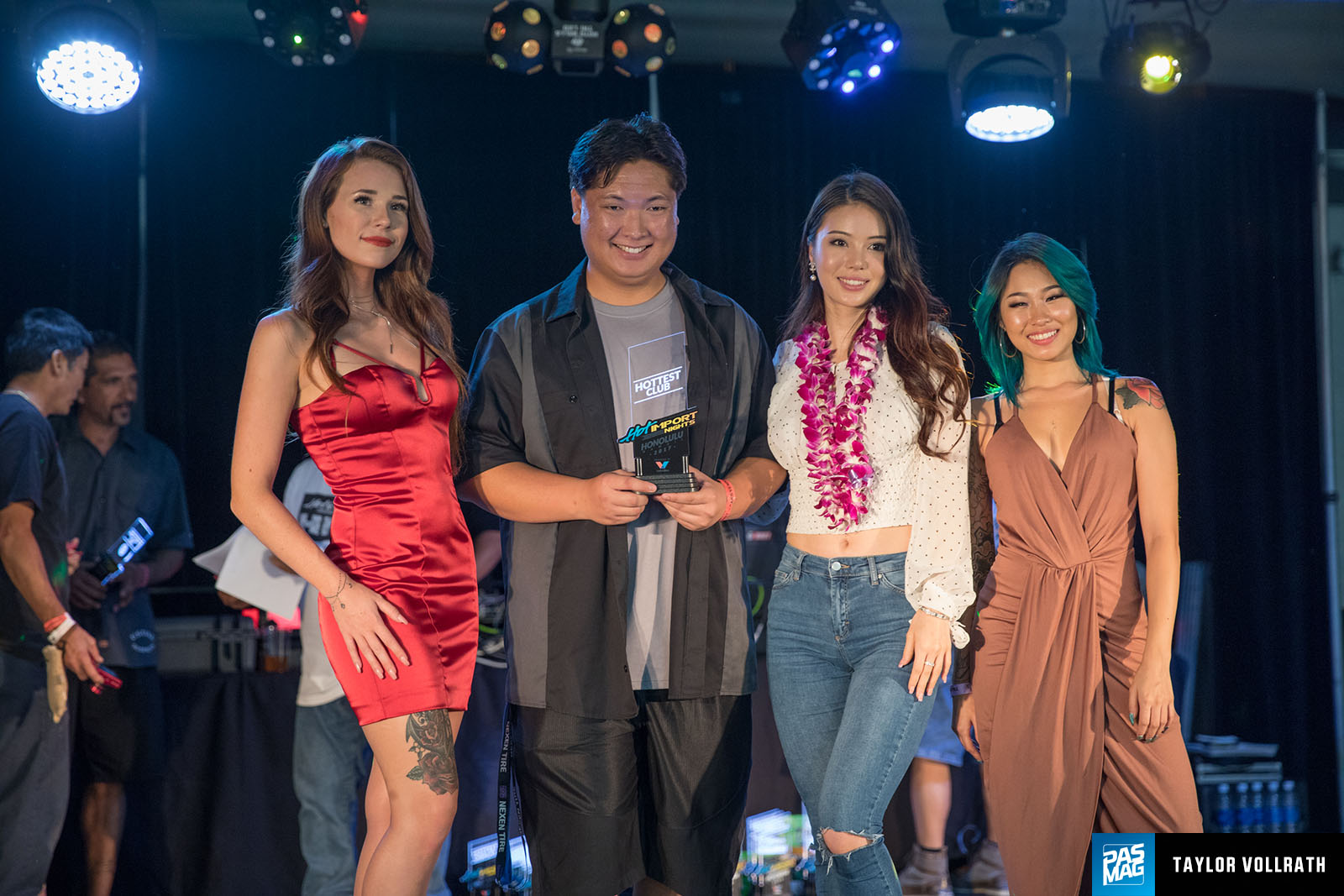 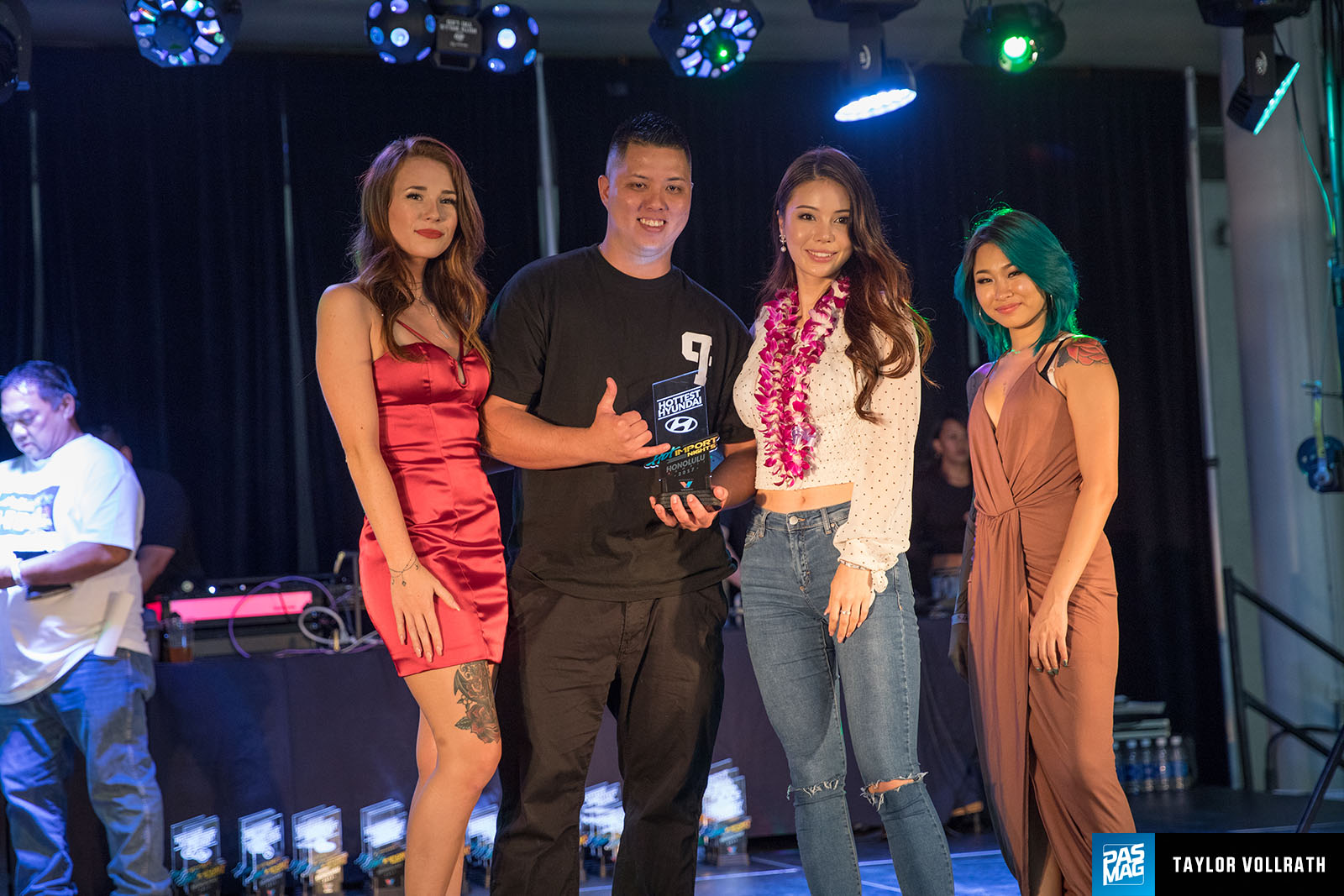 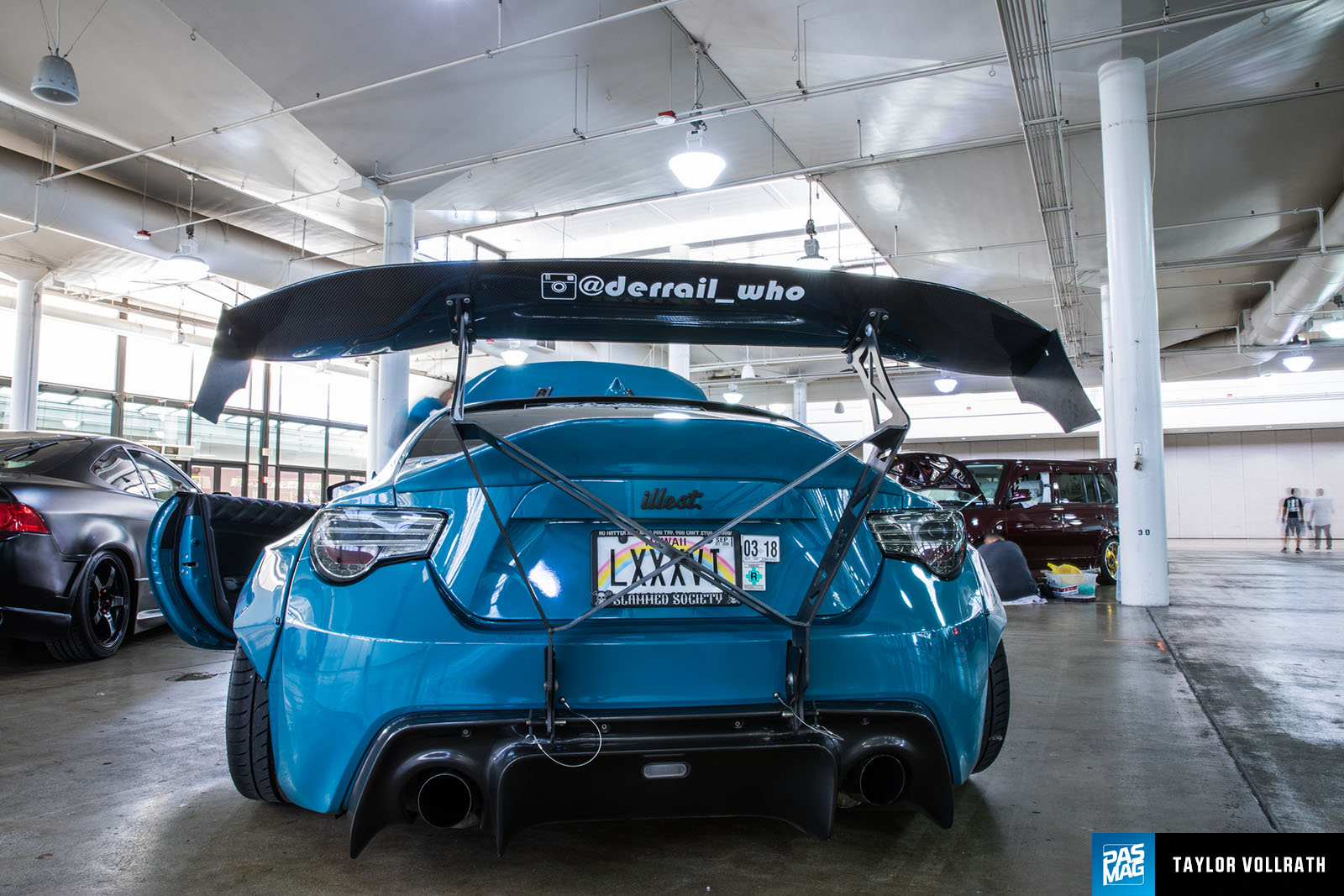 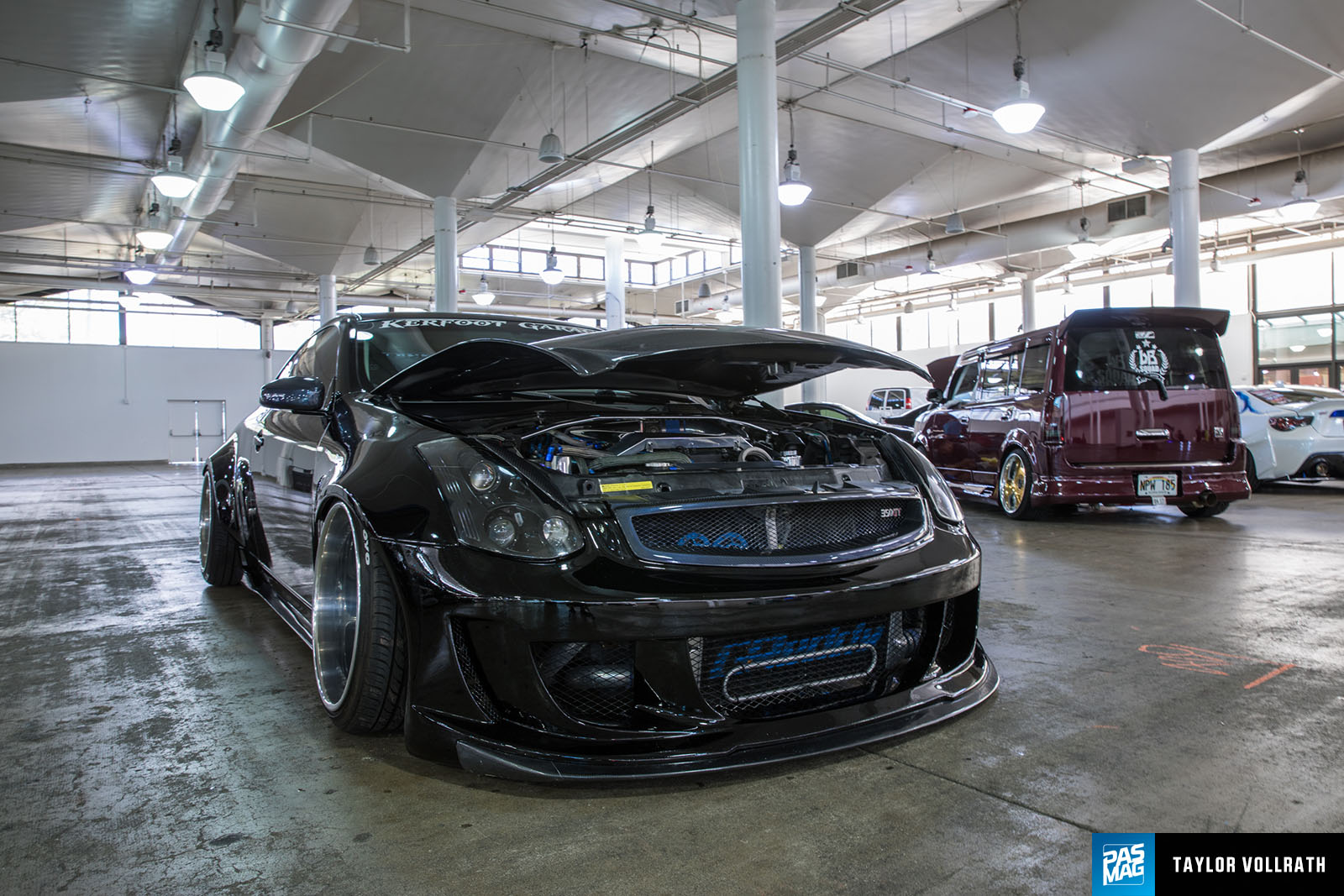 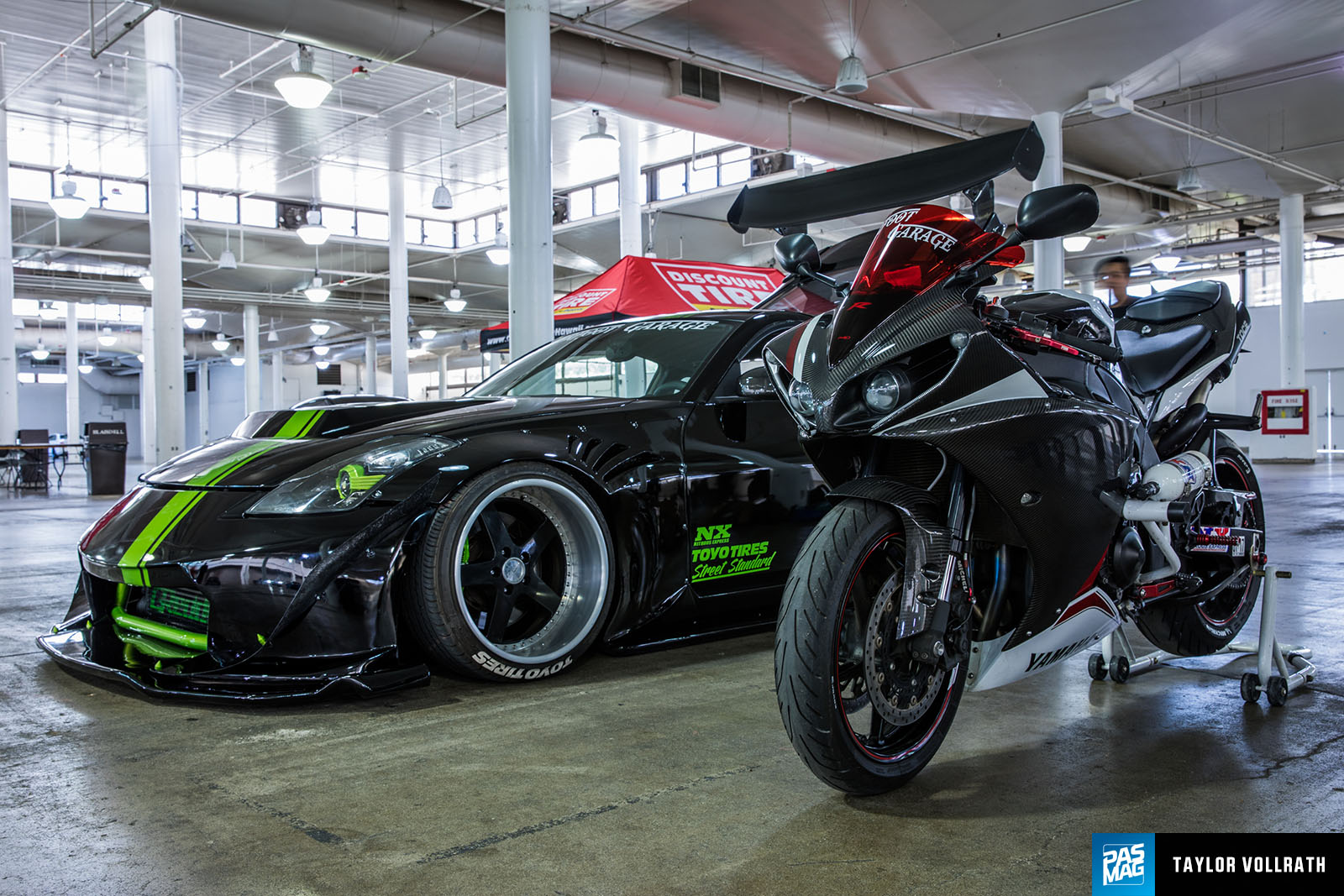 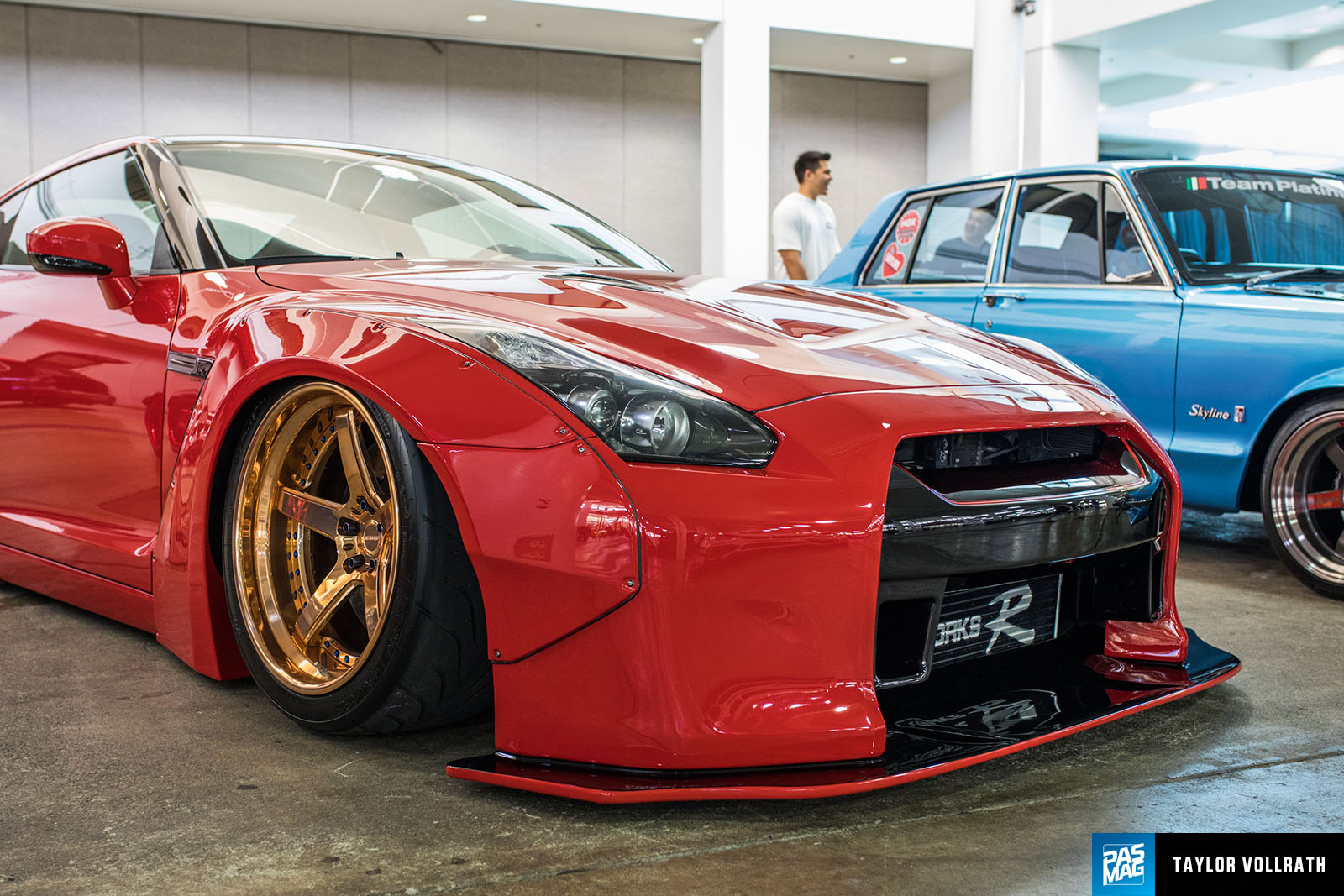 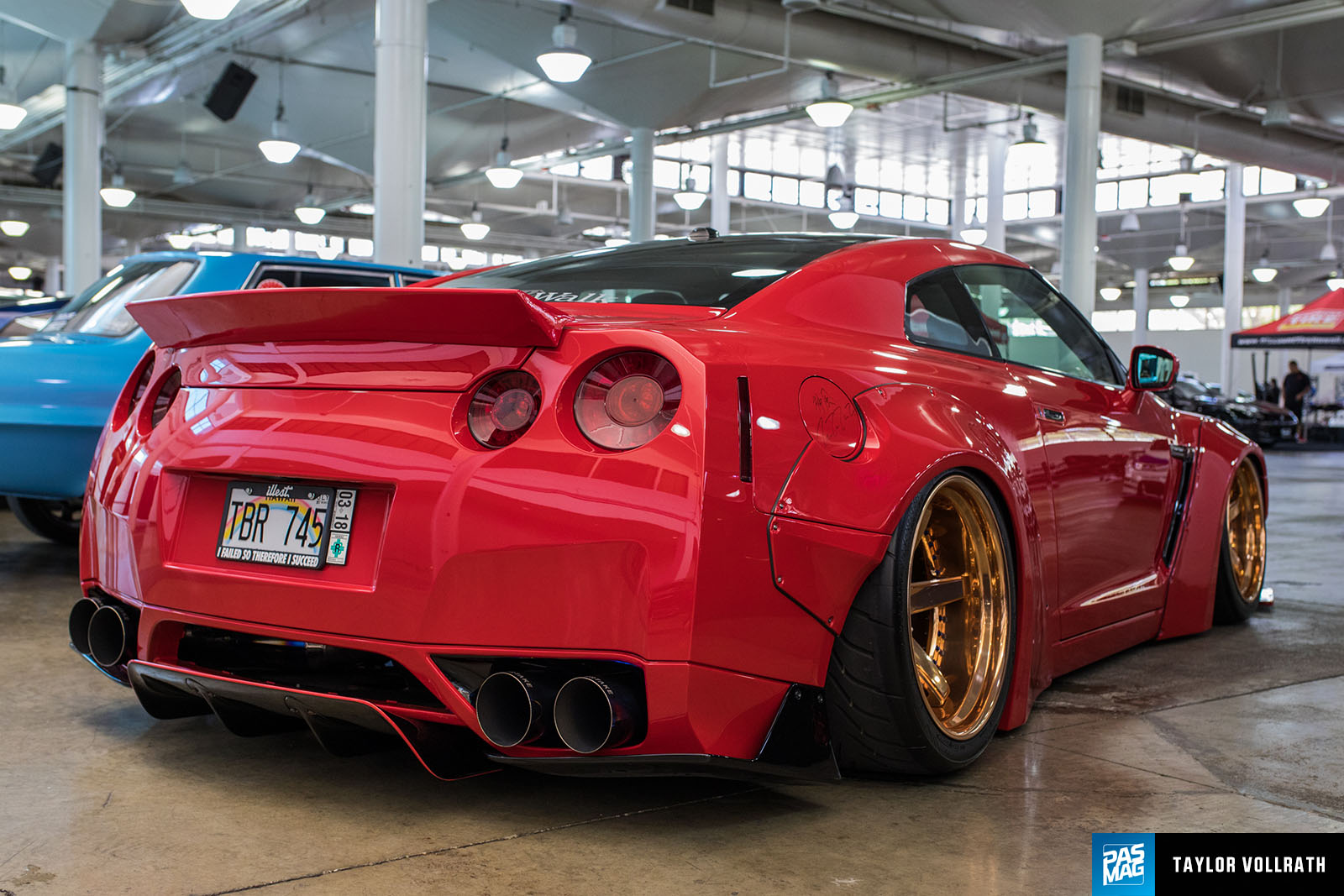 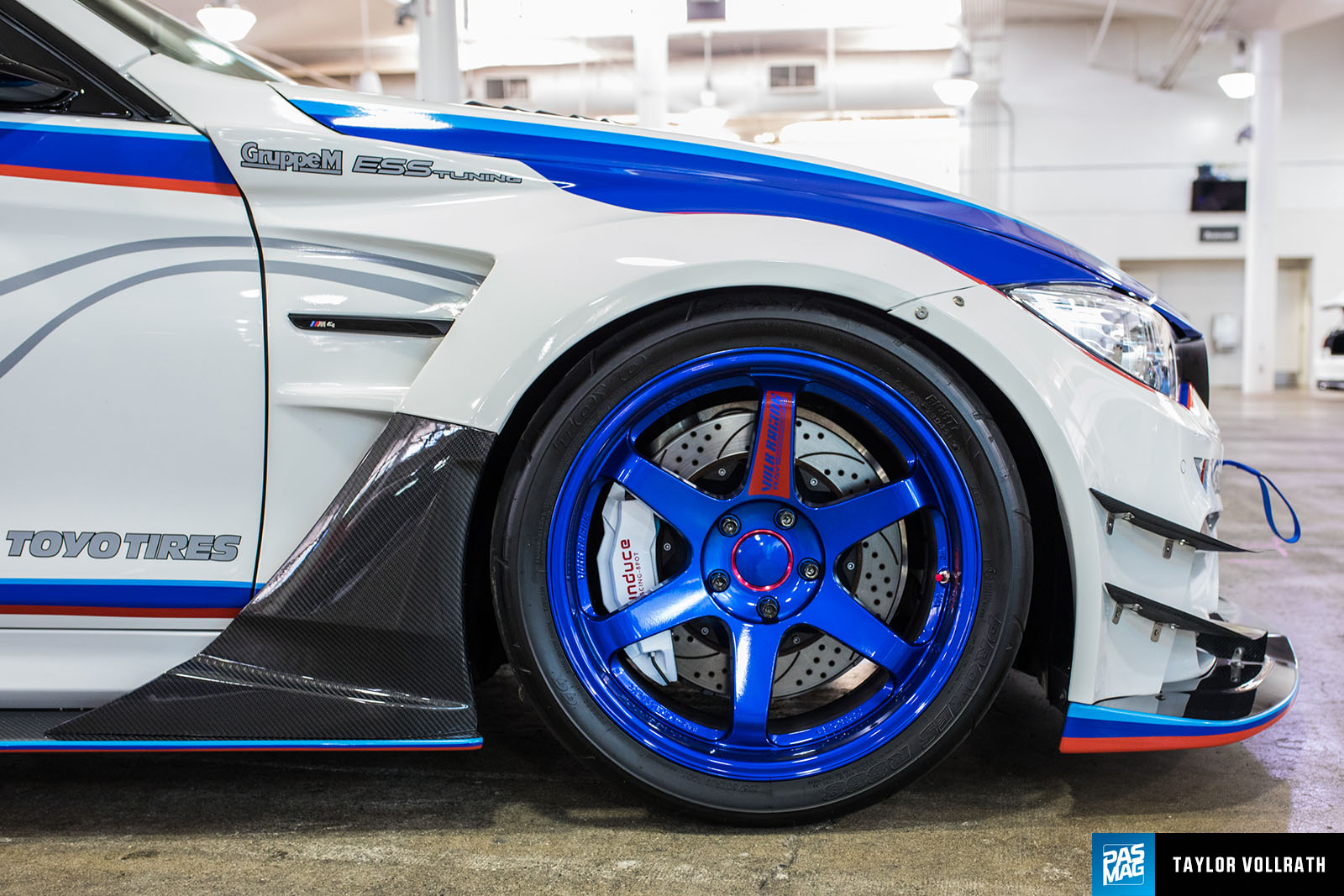 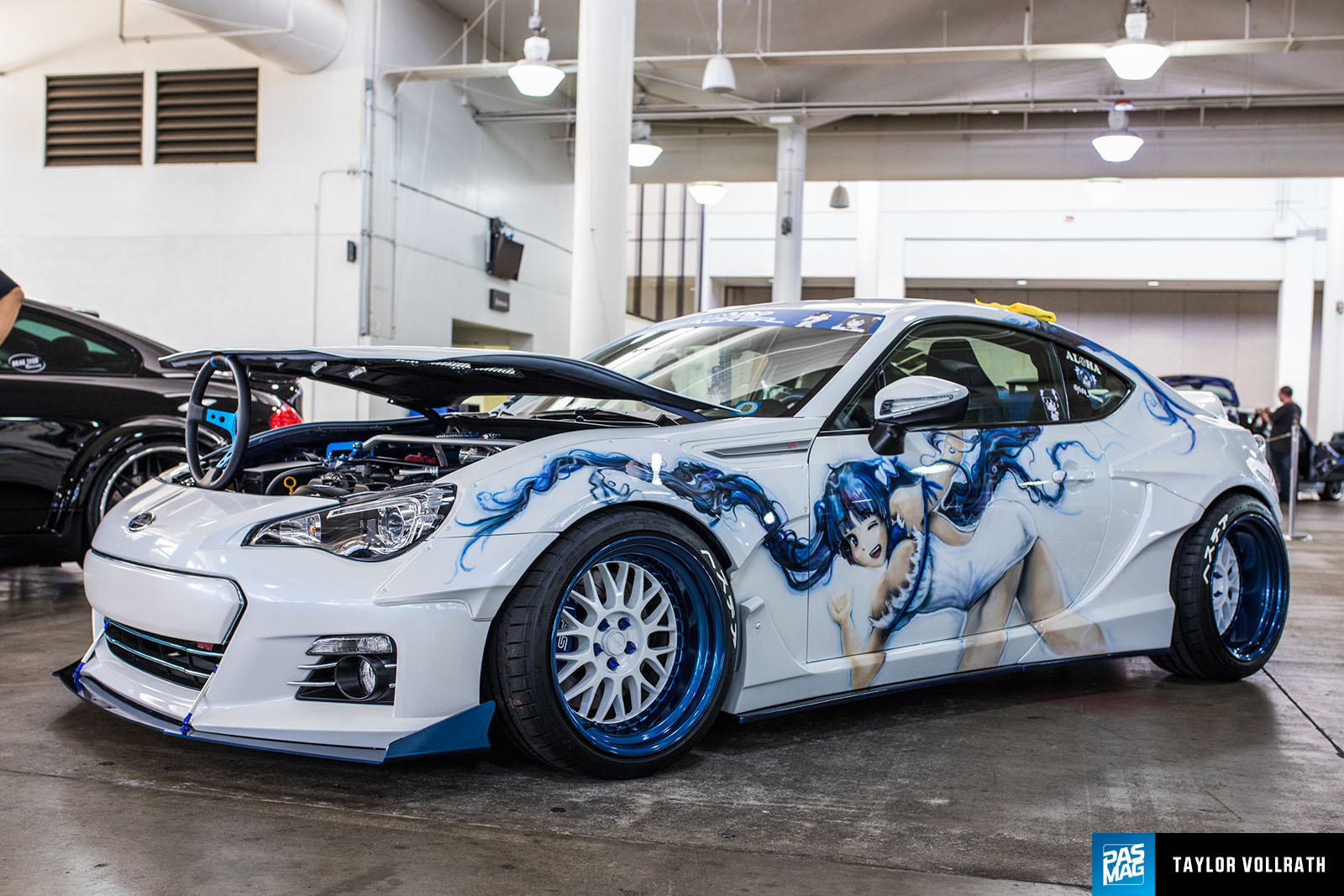 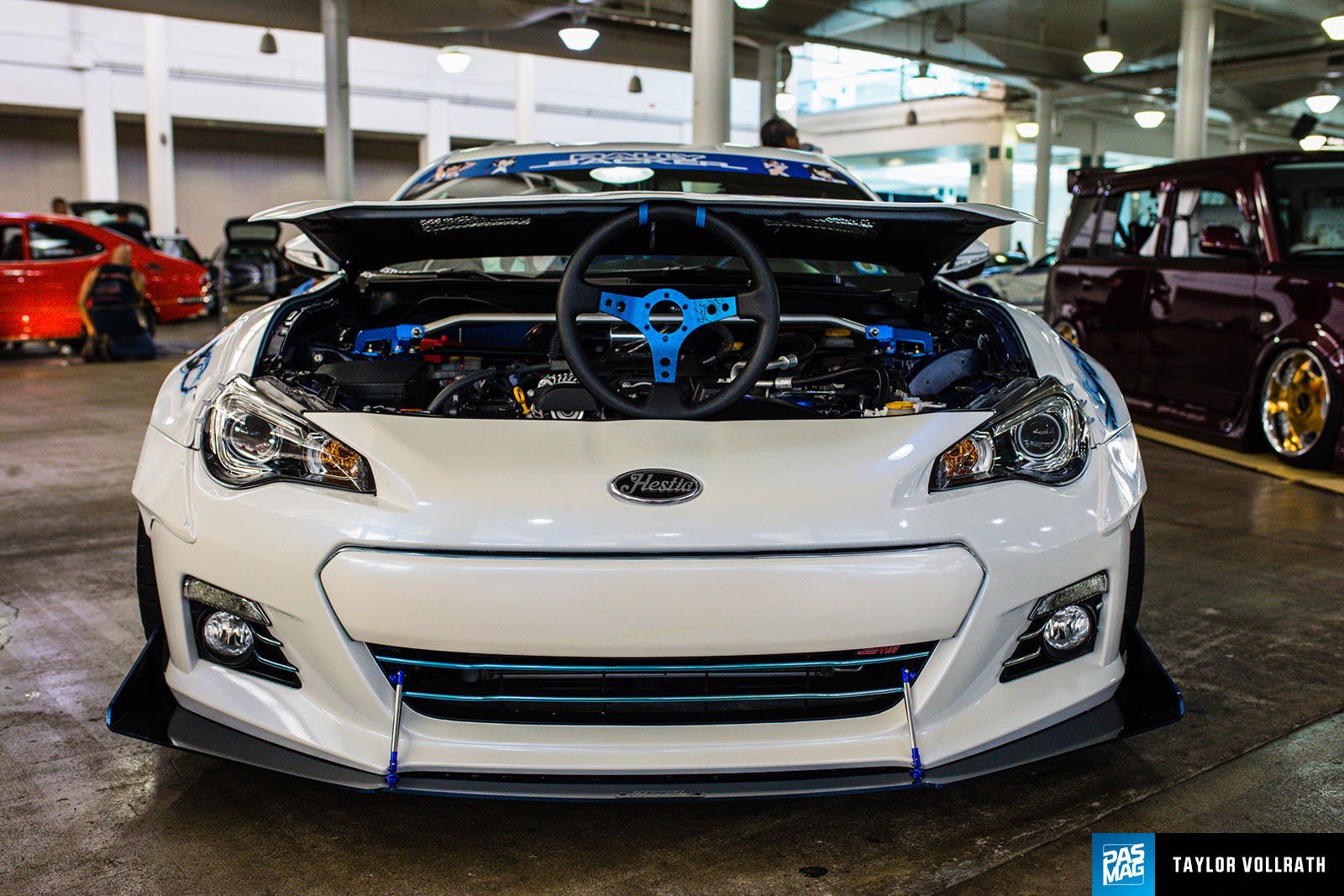 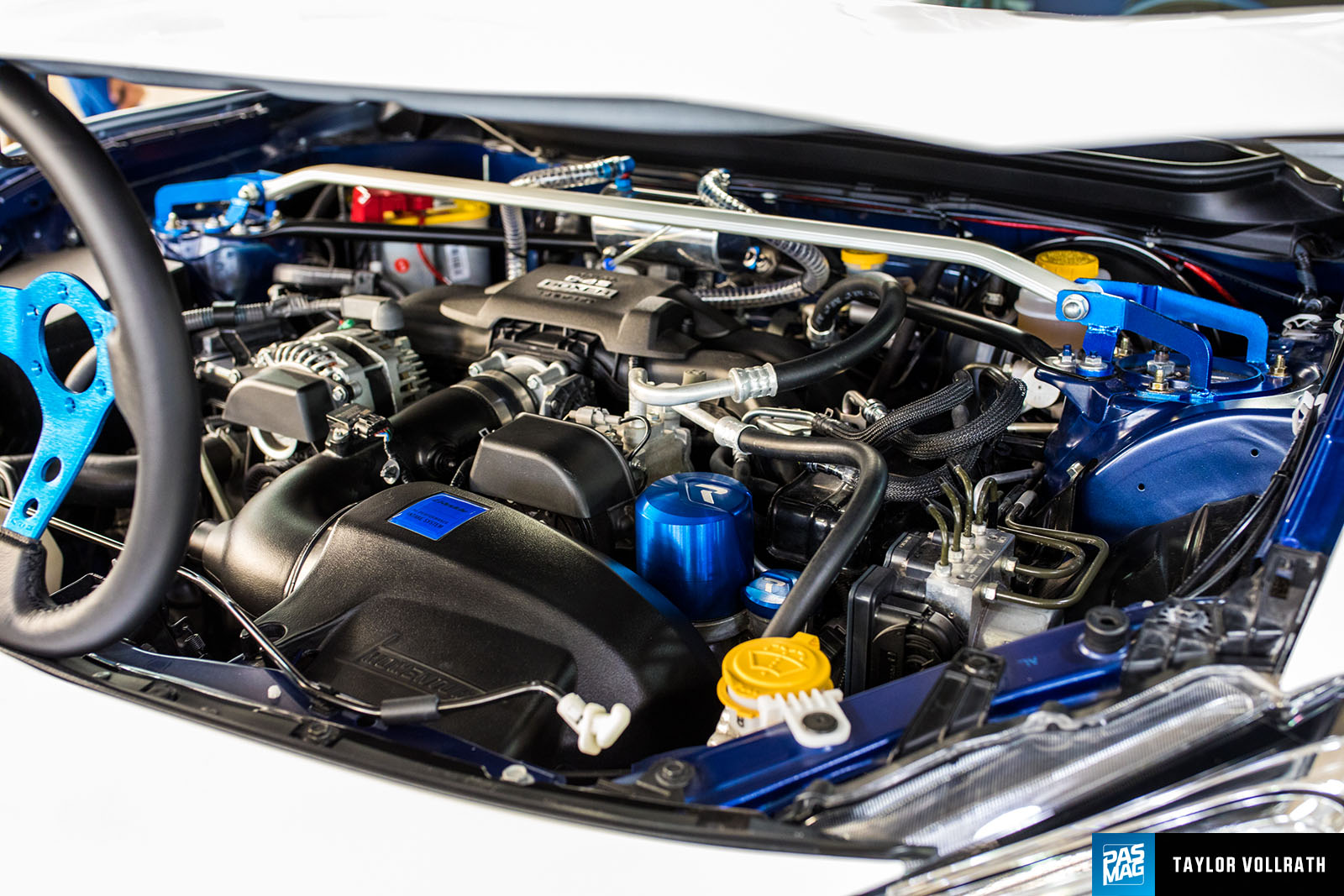 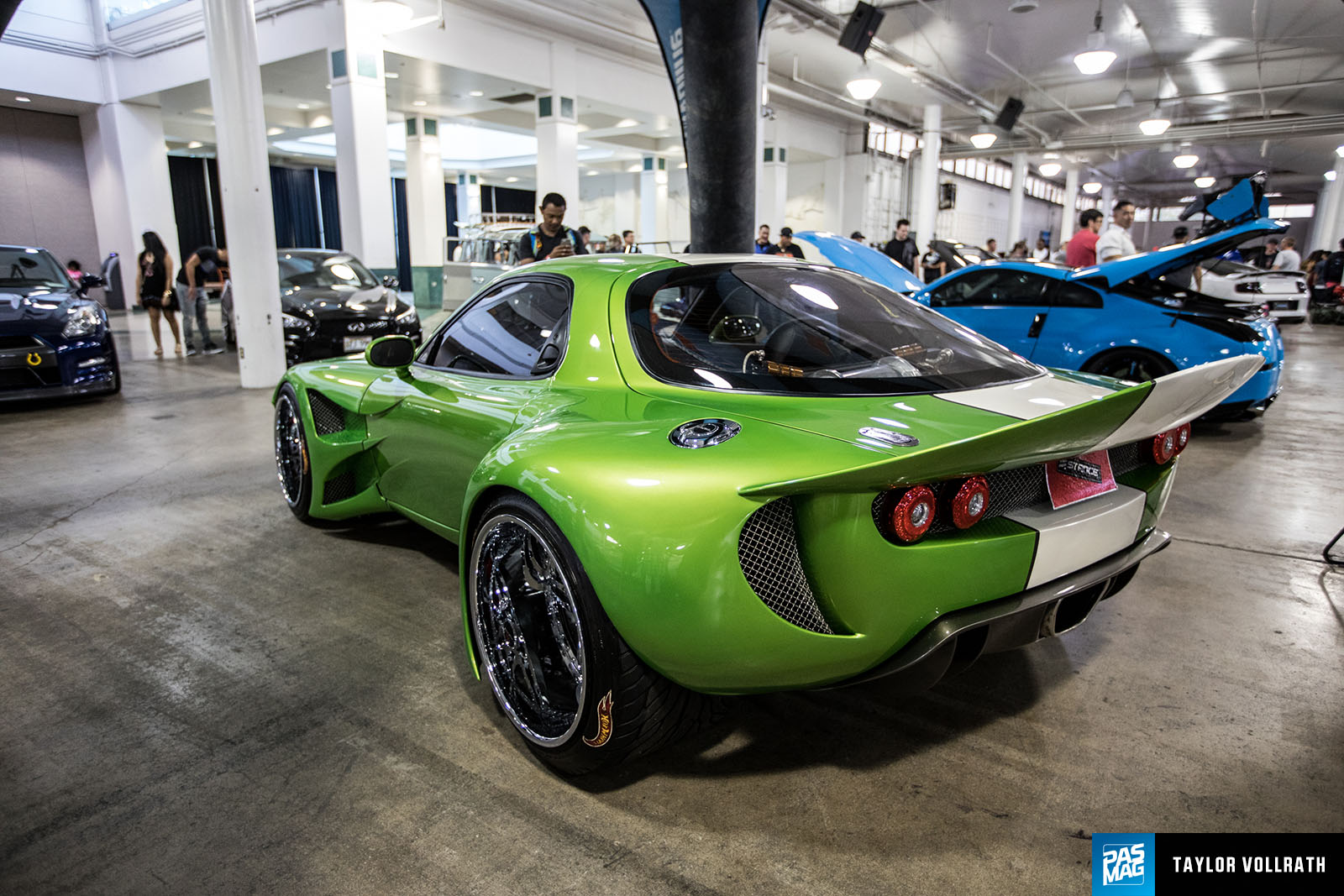 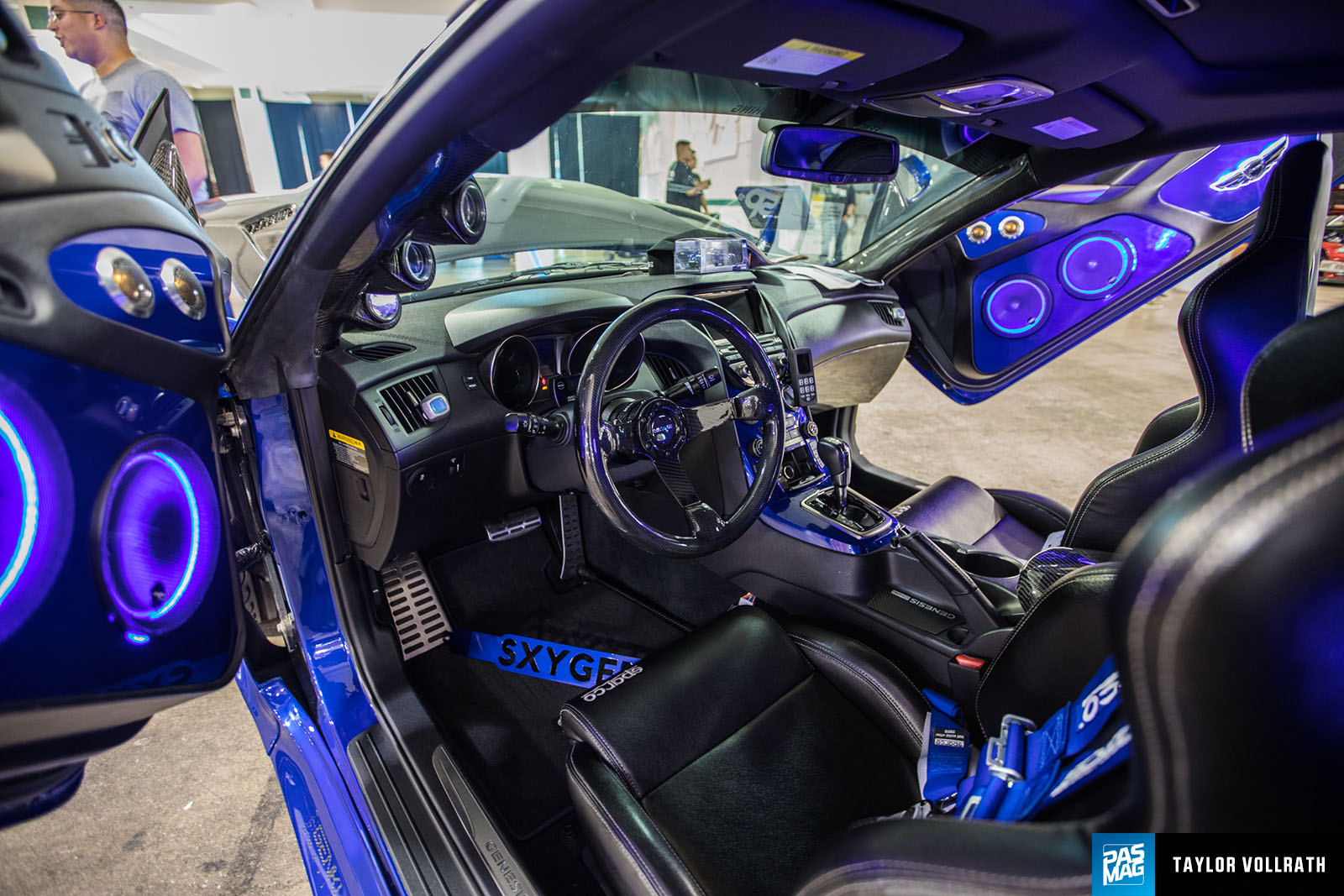