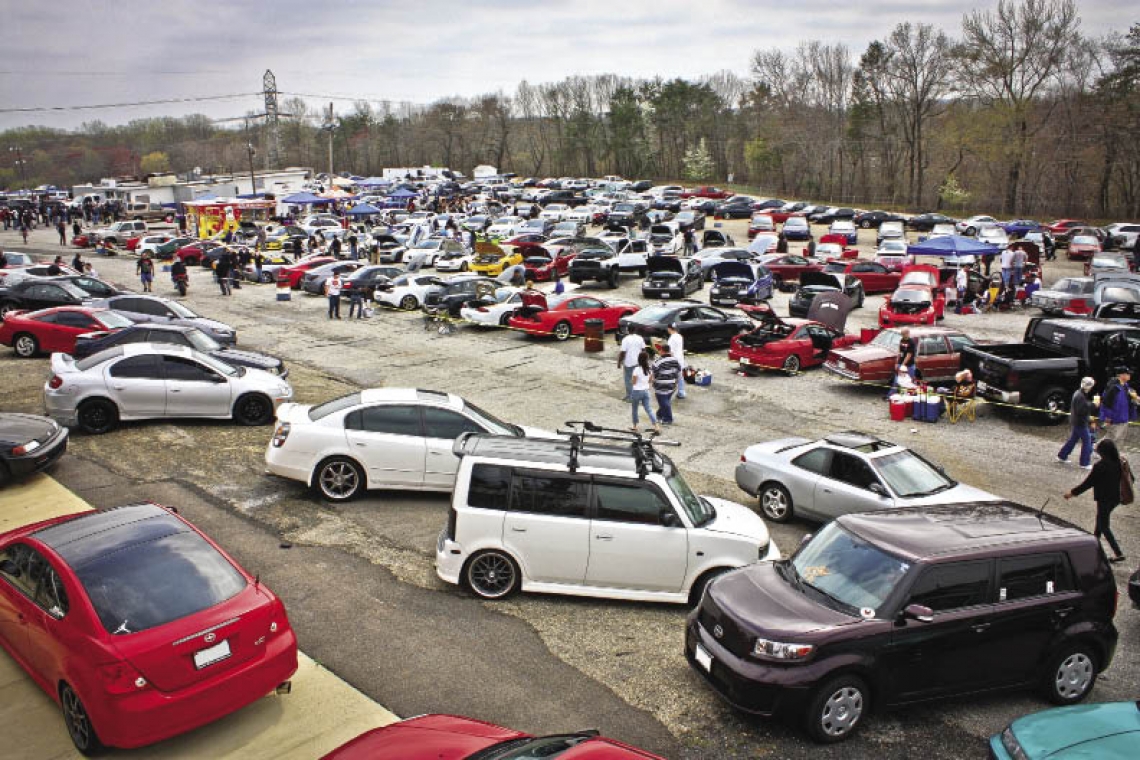 In the FWD class, Chris “The Magician” Miller struggled to even qualify as he was forced to back out during the first round due to a leak in the burnout box. For his second, nail-biting attempt, Chris almost hit the wall as his Orange-camo Civic jerked hard left and crossed the center line, which made that pass ineligible as a qualifier. Before his third and final attempt at qualifying, Chris was expected to only peddle across the line to take the low risk number 8 qualifying position. Instead of taking an easy pass, The Magician went all out and ended up running a 67mm turbo world record pass of 8.9-seconds at 179 mph, which also secured the number-1 qualifier position! Number 2 qualifier, and local Maryland racer, Rick Everly won the class as Miller stalled at the line during semis. This is the first loss for Miller since 2009.

The Forced Induction Pro class saw local Maryland racer Matt Lennen with his Toyota Supra win for a second year in a row. Because of the consecutive wins, there will be a $100 bounty put on his head at every 2011 event he competes at.

The hotly contested All Motor class was where New Yorker, Jose “Pepsi” Bello with his K-Series Civic took the win for a second year in a row while also setting a world record 137 mph trap speed for the class (all other top racers in All Motor are running 125 to 130 mph). For the third year in a row, Randy Owens (world’s fastest and quickest H-Series All Motor street Honda) took runner-up in the class.

For the street driven turbo cars, the Forced Induction Sport class is for full interior, exhaust and plated cars. Local racer, Ernie Taylor with his yellow RX-7 (see pic) ruined the fun for everyone else by running 1 to 2 seconds faster than the entire field. To keep things interesting for the rest of the competitors, IFO official placed a $200 dollar bounty on his head. No one collected as Ernie ended up winning in the finals with a 9.5-second pass to Brady Johnson’s DSM that ran an 11-flat.“Next event I’m stepping up to FI Pro,” stated Ernie.

For his 4th IFO event in a row, Best of Show was won by Wes Banasan with his teal Nissan 350Z, which was featured in PASMAG. With a 45 percent increase in overall attendance at this year’s Import Face-Off, perhaps we can expect to see two Maryland events in 2012? importfaceoff.net