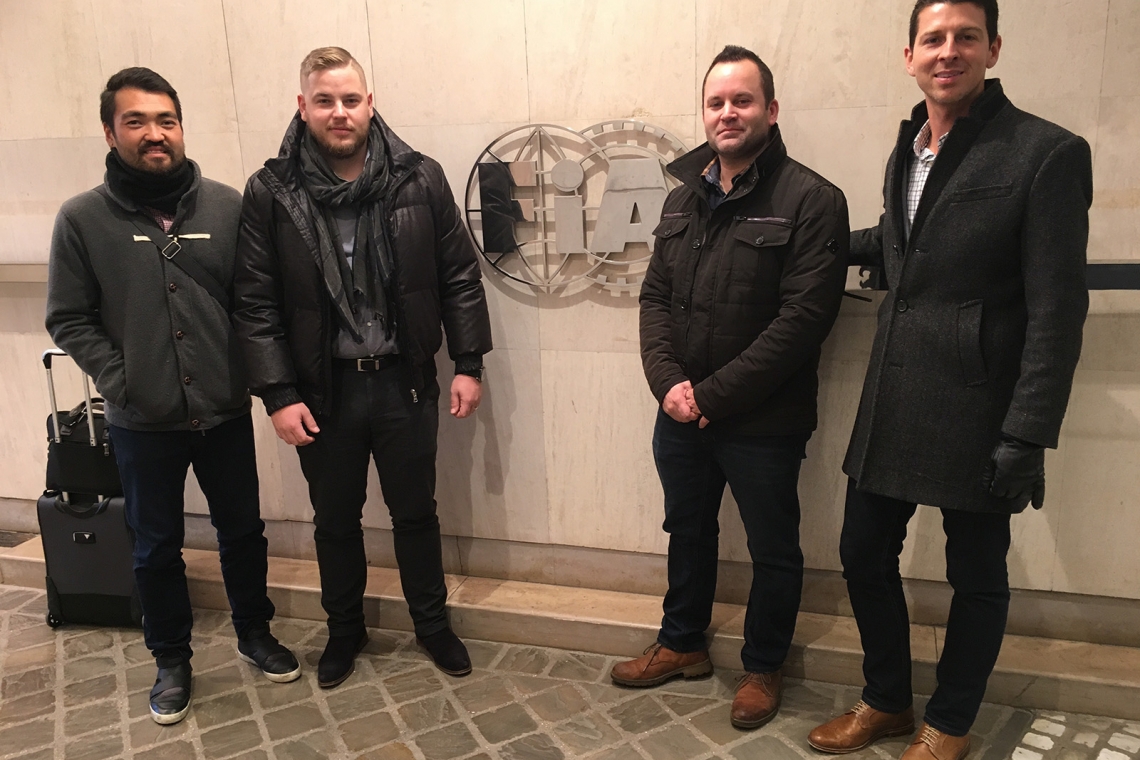 Over the years, drifting has long been seen as the outcast of the motorsports community due to the subjective nature of judging. While safety measures and transparency in judging criteria have drastically improved in Formula Drift, there’s still variance from country to country around the world. A few years back, the global motorsports sanctioning body known as the FIA (Federation Internationale de L’Automobile) started to take interest in learning about drifting. Formula Drift co-founder Jim Liaw embraced the organization and started working closely with FIA officials to uncover the details of the sport that he has helped build.

Over the past year or so, two working groups have been formed to help the FIA learn about drifting and hopefully start to set standards around the sport that can be followed globally. The first working group, known loosely as the “Drifting Working Group”, is comprised of select FIA officials, as well as a handful of organizers from around the world. The second working group, a more specific “Judging” working group, includes Formula Drift USA judge Ryan Lanteigne and a handful of other judges and officials from around the US. We caught up with both Liaw and Lanteigne to get some quick feedback from them on how FIA involvement could help the sport.

PAS: What benefits do you see to the FIA being more involved in the sport?
Jim Liaw: One benefit that I see coming is a standardized rules package. For example, a GT3-spec car can race in various racing series across the world. It is beneficial because a competitor/team is able to move from series to series without building a new car. That same competitor/team is also able sell their competition car to anyone in the world that compete in a similar level of drifting. This is valuable because builders will be able to build same spec cars to all parts of the world and car owners will have an asset in their car because they will be able to resell it to anywhere in the world. Eventually we may get manufacturer support via “ready to race” programs, similar to the Audi S3 LMS (as TCR-spec car) or the Ford Mustang GT4.

Ryan Lanteigne: I think one of the main benefits of the FIA's involvement is adding legitimacy to a motorsport that we as fans know it deserves. Drifting is a relatively young motorsport when compared to heavy hitters such as F1 or NASCAR, for example, and it will need the support of larger, non-endemic sponsors to succeed in the long term. The FIA's involvement is a big step in the right direction if drifting is to be taken seriously by those big sponsors.

PAS: Some people fear that the FIA's involvement will inflate costs for drivers due to requiring licensing and fees to be paid to the FIA. What are your thoughts on this?
JL: Frankly, it is quite possible that a driver will need a national competition license and an additional international competition license, but let’s not jump to any conclusions just yet. Drifting is unlike any of the traditional racing formats and thus we are all navigating new ground, which means we cannot assume that what applies for rally cars or formula cars applies to drifting.

PAS: Judging criteria differ widely from country to country, series to series. Do you feel that the FIA's involvement could help create a more universal 'standard' for judging internationally?
RL: That's exactly what my involvement with the FIA entails. Last fall, we formed the FIA Judging Working Group, which then consisted of Christer Halvorsen, David Kalas, Robbie Nishida, and myself. In the future, we plan on adding more international members to the group with the primary goal of developing a set of judging regulations that will be used for the upcoming FIA Drifting Intercontinental Cup. From that main set of judging regulations, we also plan to create regulations for different levels of drifting, from Pro down to Amateur levels.