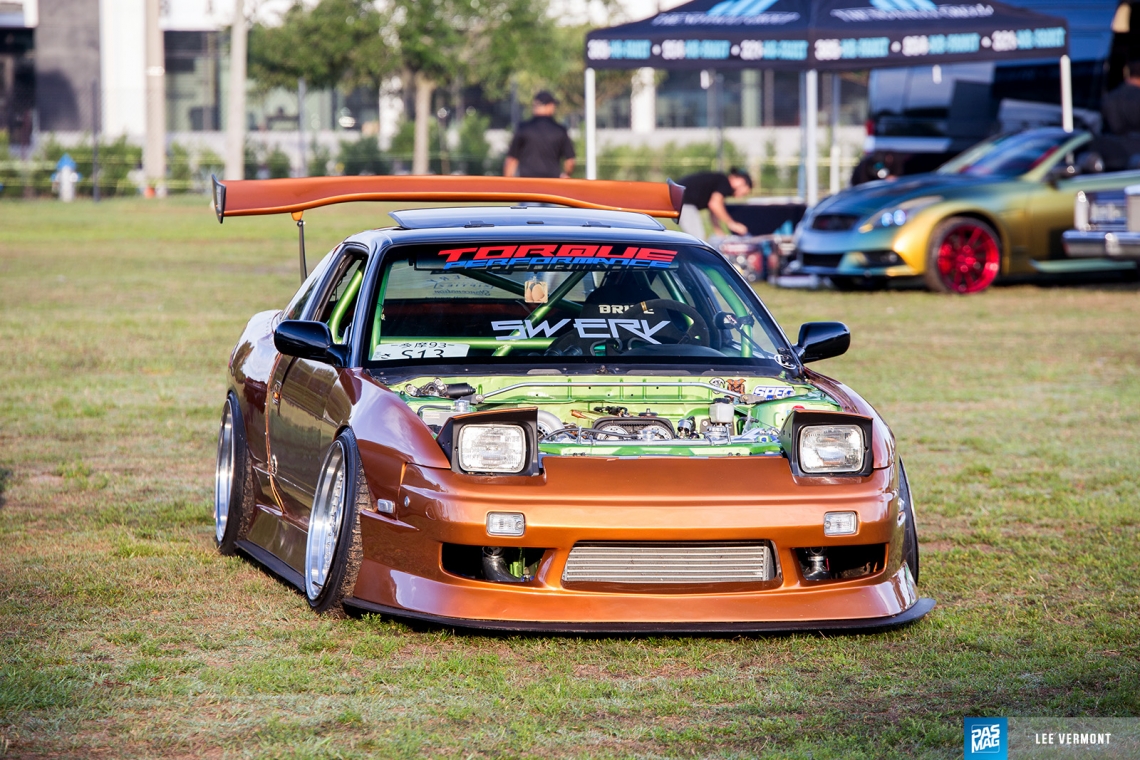 The event was well-organized for roll-in, and overall had a great vibe to hang out at and chill.

"There is a very large automotive aftermarket scene in Florida," states Vermont, "and there was a lot of support shown at the free-to-the-public event."

The trip down to Orlando for Vermont started mid-day Friday, April 12th and he stayed at a friend's house. "I convinced [my friend] to bring his Infiniti G37 convertible to the show! He was also going to be a vendor with 3-2-1 No Fault Group, so it all worked out to roll-in together."

Vendor roll-in was from Saturday between 7:00 AM to 8:00 AM, followed by car show entrants. Roll-in was very organized with a large support staff, getting the vendors in and situated.

After vendor setup, the show/meet cars began to roll in.

3-2-1 No Fault Group had their booth setup with audio and provided tunes throughout the morning until events and activities commenced at 1:00 PM. They also had a free raffle for a GoPro 7, given out after the last concert performance.

"Checking out the booths, Quest Works had a cool 1:18 scale display of one of their booth cars," recalls Vermont. The basketball 2-on-2 tournament was held after lunch, followed by the 2-step and skateboard competitions. The 2-step battle was a tied-event with the RX-7 from Precision Autoworks and Supra from Exclusive Customz.

As the day began to wind-down, the artist performances got started.

Music, vendors, and the show activities and artists performances set the event off. "The cars were an added bonus," mentions Vermont. "It's an event not to miss!"

Car Audio Competition Is Not Dead
Photography by Klifton Keplinger. Competition is not a virtuous deed, and is a divisive subject. Someone must lose for another to win. So, what is...