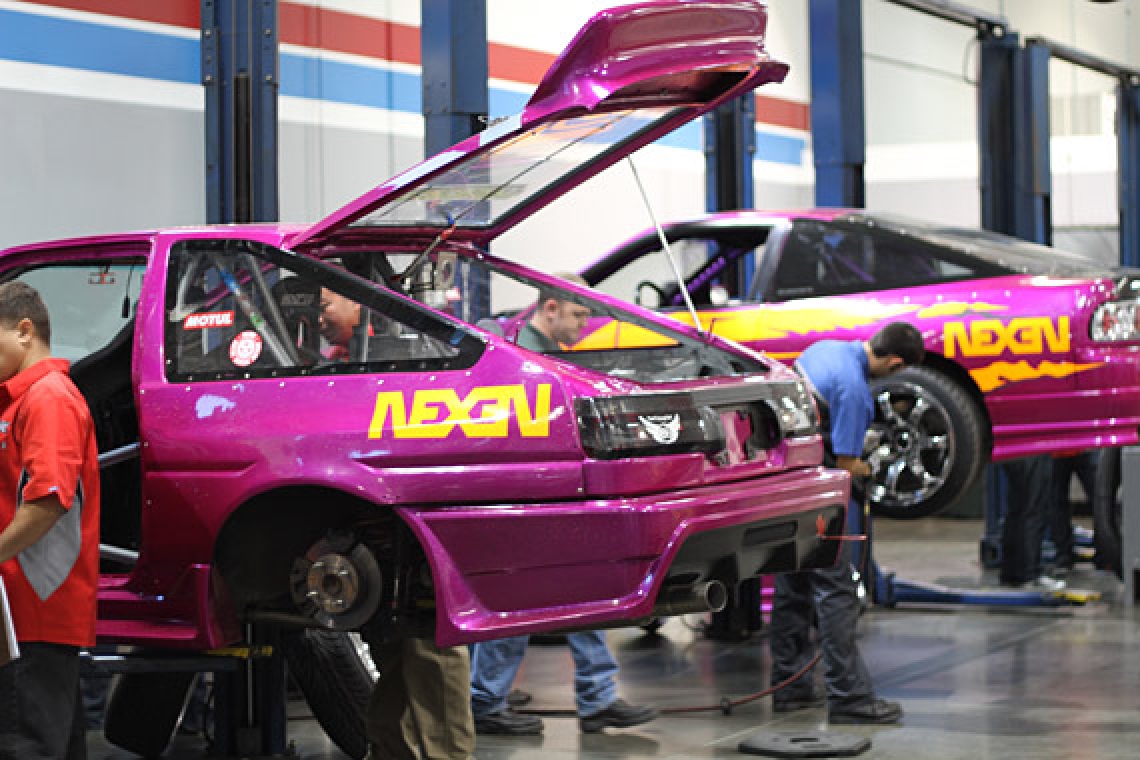 The successful Formula Drift series continues their strong partnership with Universal Technical Institute (UTI) as the "Official Technical School of Formula Drift." The large UTI Rancho Cucamonga, CA campus played host the annual “Tech Day,” as students got a rare chance to get up close and personal with their favorite Formula D stars.

Attendees had the opportunity to meet Formula D drivers, teams and techs, and watch the pre-race inspection live. Over 24 of the top Formula Drift series teams participated by unveiling their latest 2010 competition vehicles for this unique annual tech inspection.

"The UTI Tech Day is a fun day where fans can come and get a glimpse of the new cars for the 2010 season, meet the new and returning drivers as well as have an open house tour of the top class UTI Rancho Cucamonga campus. It’s been a good off-season but now we are all excited to get the season started at UTI, marking the unofficial start of the 7th FD season,” stated  Jim Liaw, President and Co-founder of Formula D.

“UTI is honored to continue as the ‘Official Technical School of Formula Drift… The relationship between UTI and Formula Drift is complementary. We are always looking for ways to give back to the community and motorsport enthusiasts, and the open access that Formula Drift has given to them is truly unique. We look forward to working with the series and teams again this year to help advance the sport of drifting, while creating awareness about technician training and careers throughout the industry and Motorsports,” said Mark Harston, events manager at Universal Technical Institute.

UTI also provided tours and information about its various technician training programs and financial aid for all prospective students interested in automotive training. UTI Instructors and graduates were also available to speak to those interested in automotive industry careers. For those of you unfamiliar with UTI, they are a leading provider of technical education training for those seeking careers as professional automotive, diesel, collision repair, motorcycle and marine technicians. For more visit www.uti.edu and www.formuladrift.com. 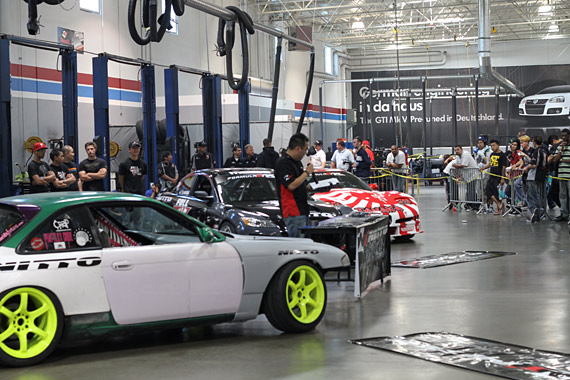