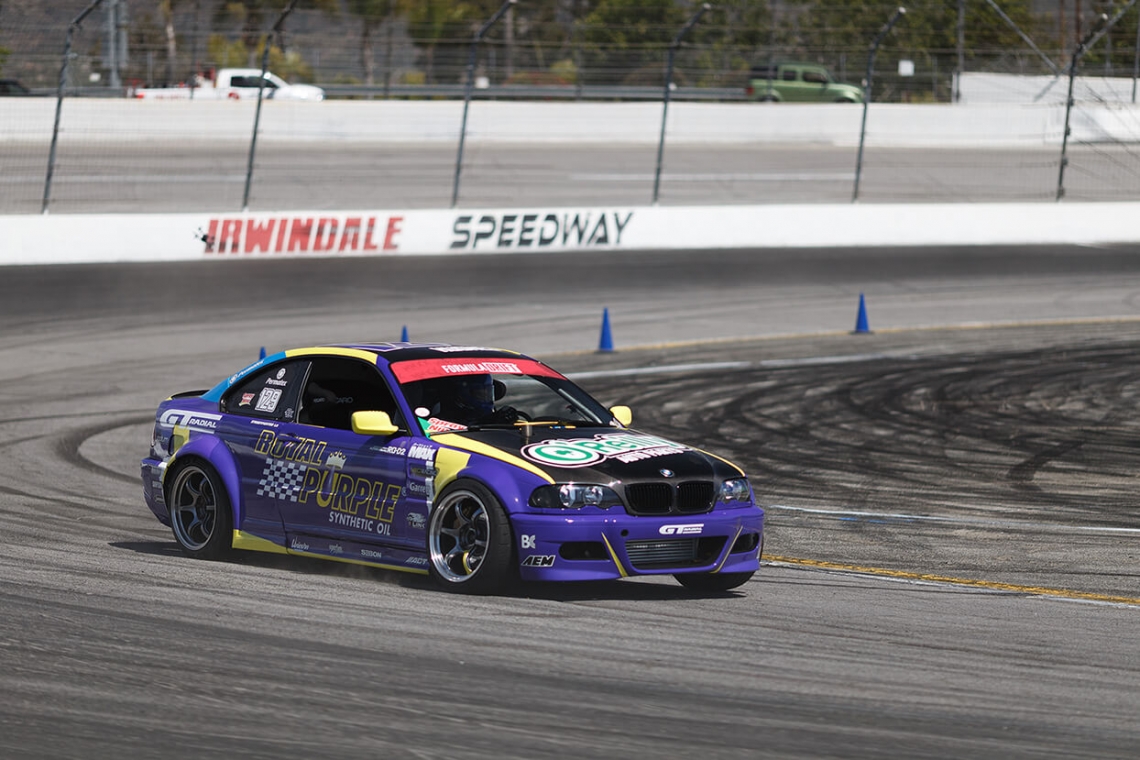 Royal Purple is pleased to announce its continued sponsorship as the Official Oil of Formula DRIFT for a second year.

A recognized leader in high-performance synthetic lubricants, Royal Purple produces a wide range of products for nearly every consumer, commercial and industrial application. Royal Purple focuses exclusively on the development of products that significantly outperform other synthetic and mineral-based oils, formulating state-of-the-art lubricants that are frequently put to the test in high-performance and high-profile racing series such as Formula DRIFT.

“Royal Purple is excited to continue our official oil partnership with Formula DRIFT, bringing the drivers the protection and performance they need to outperform on the track,” said John Paul Hyden, Manager of Event and Sponsorship at Calumet Branded Products, LLC.

“We’re very happy to continue our relationship with Royal Purple,” said Jim Liaw, President of Formula DRIFT. “The company brought a lot of energy to the series last year, particularly through its engaging video campaign that we aired on the Formula DRIFT livestream to millions of fans around the world. We look forward to building momentum throughout the 2021 season as the series returns to eight venues around the country and a full schedule of exciting action.”

Also looking forward to an exciting 2021 season is O’Reilly Auto Parts: “We’re thrilled to be working with the teams at Royal Purple and Formula DRIFT once again,” said Kelly Shaner, Event & Sports Marketing Coordinator at O’Reilly Auto Parts. “The dedication shown, not only to professional drivers but also to showcasing accessible projects that fans can tackle in their own garage, creates a unique and exciting partnership.”

As part of the $6,000 contingency program, Royal Purple will award prize money of $500, $300 and $200, respectively to the first three PROSPEC drivers at each event (provided they are participating in the contingency program). This will be available regardless of whether they reach the podium, as long as their competition cars display the new Royal Purple / Formula DRIFT decal. The top 2021 Royal Purple contingency driver will receive an additional $2,000 at the end of the season.

Royal Purple will also be represented in competition by Dylan Hughes. Royal Purple sponsored Hughes last year in his first season as a Formula DRIFT PRO driver. Ranking 15 in the 2020 series, Dylan Hughes Racing has been an essential brand ambassador for Royal Purple. Royal Purple is excited to see what the season brings for Hughes in 2021.

“You learn so much in drifting from year to year,” said Hughes. “Nothing beats the experience of competition drift battles, and I’m so ready to get back at it in 2021 with my Royal Purple BMW E46. I’m stoked on how involved and invested Royal Purple is with my program and how excited they are to compete as well. My engine ran perfectly all year with [Royal] Purple running through its veins, and that gives me the confidence to push it in other areas and focus on my abilities behind the wheel.” 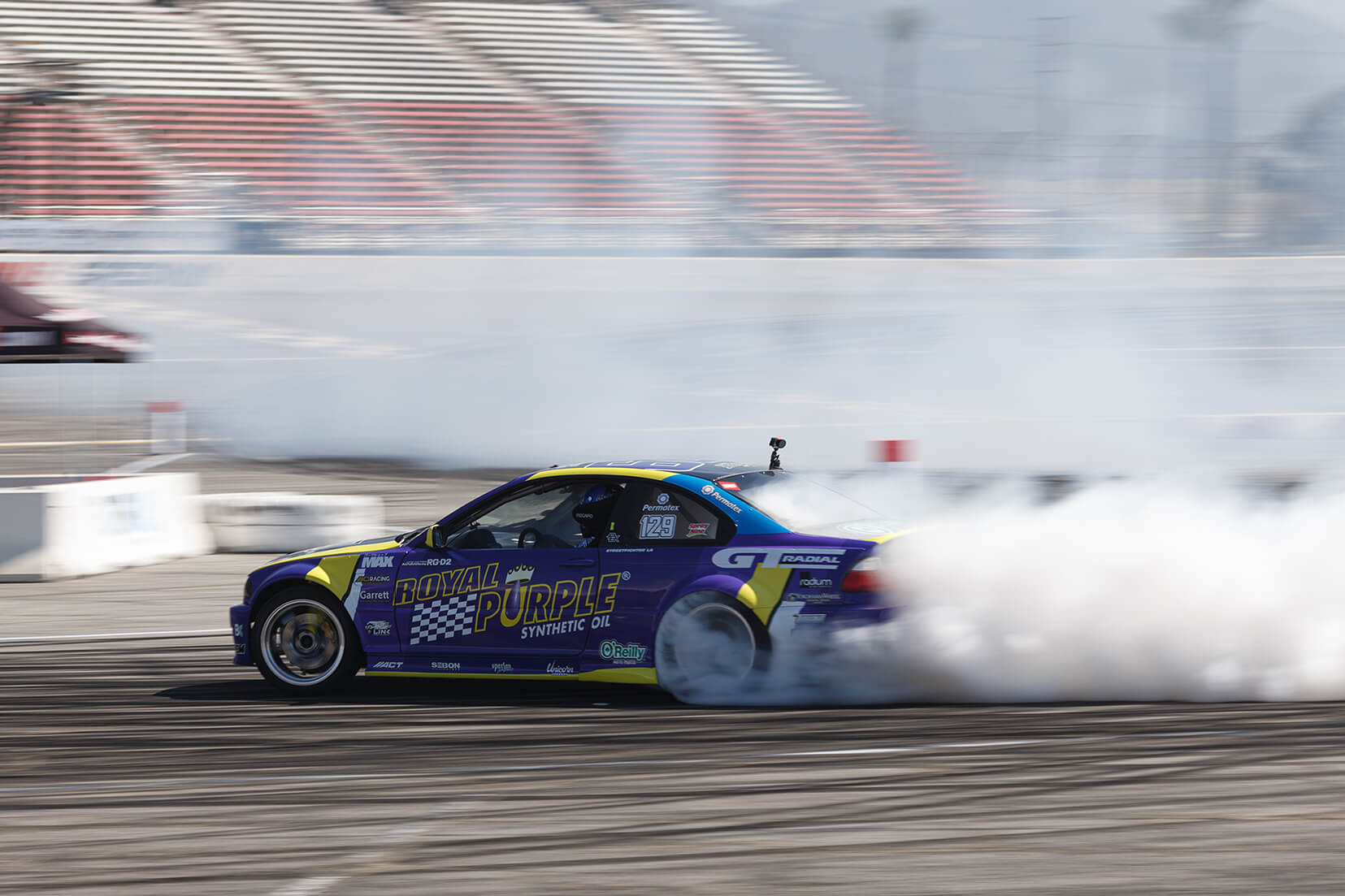 Royal Purple has created a video with Dylan Hughes to celebrate its involvement in the 2021 Formula DRIFT season. It can be viewed and shared here.

Based in Porter, Texas, Royal Purple is a leading high-performance synthetic lubricants, chemical products and filter manufacturer offering a full range of premium products for both street vehicles and competition on the track. As synthetic experts for over 30 years, Royal Purple is distributed in countries around the world including the United States, Canada, Mexico, Japan, China, United Kingdom, Australia and Italy. Royal Purple was acquired in 2012 by Calumet Specialty Products Partners (CLMT), a leading refiner and processor of specialty hydrocarbon products headquartered in Indianapolis, Indiana. For more information on Royal Purple and its comprehensive line of high-performance synthetic lubricants, chemicals and filters, please visit RoyalPurple.com 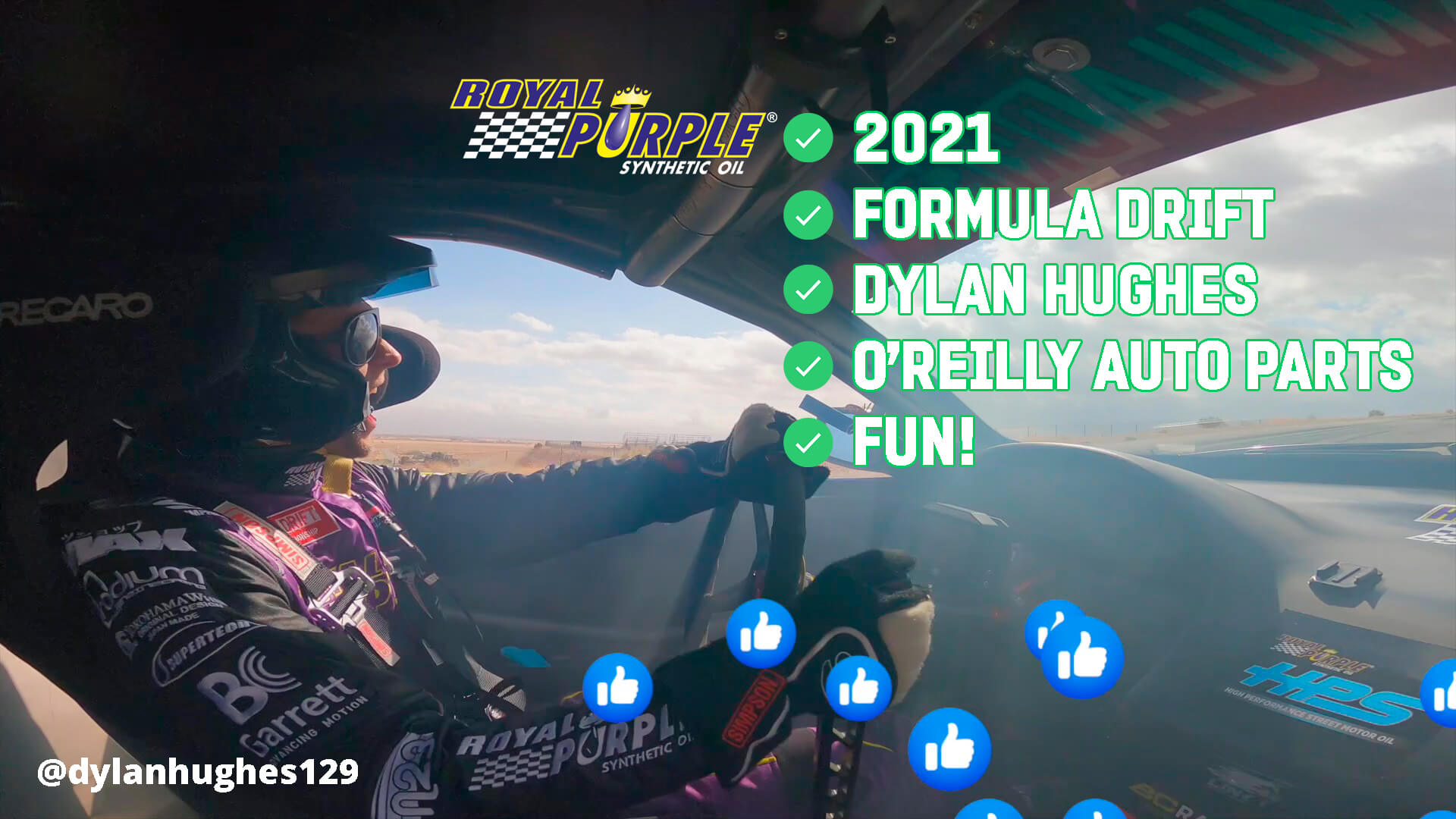 2021 Modified Kulture: Mississauga, ON
The Modified Kulture crew welcomed back the GTA (Greater Toronto Area) community with open arms for their 2021 event at the Clarkson GO Station's five...