Baja Blast: Valvoline, Cummins, And A Couple Drifters Take On The Baja 1000 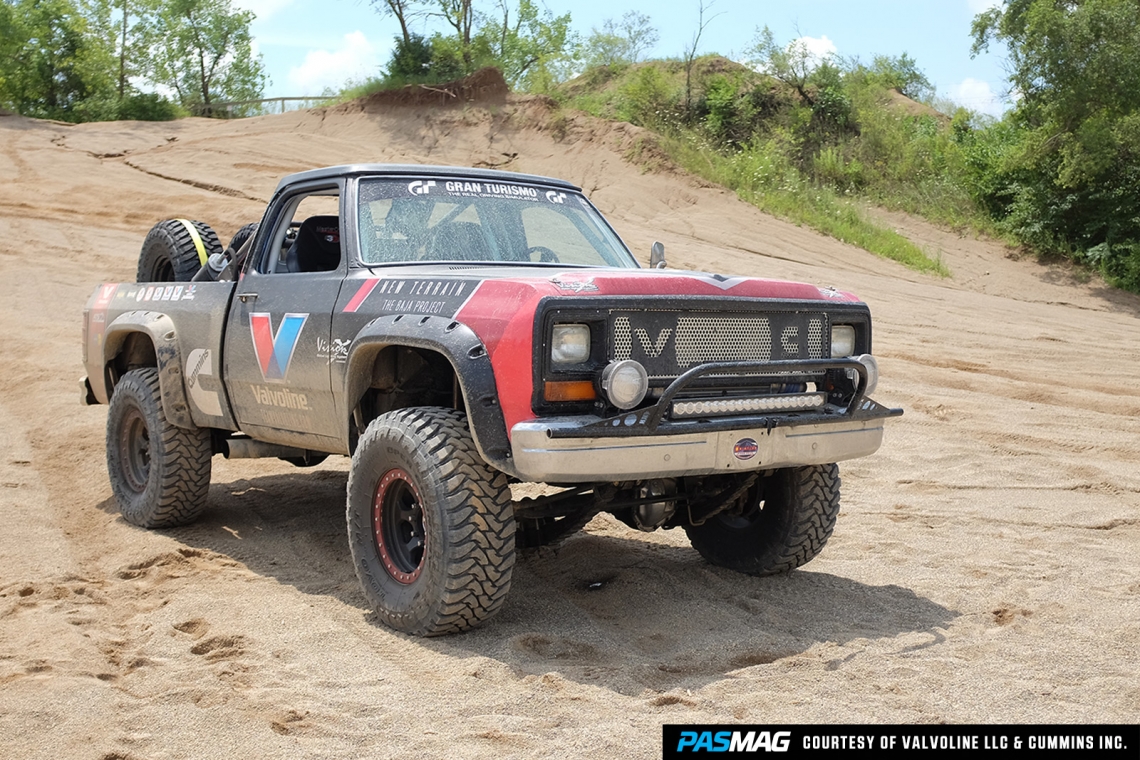 You know those moments you have when you’re sitting around with a couple friends and come up with some crazy idea and think about just how cool it could be to pull off? According to John Nachdigal and Michael Wedding, project leads on Valvoline’s newest exciting endeavor, that’s exactly the spark that started the building of two trucks to compete in the infamous Baja 1000.

“We were sitting around a cafeteria table one day – there were about four of us – and we were talking about all sorts of racing,” recalls Wedding. “Our Vice President of Technology, Fran Lockwood, mentioned that she thought we should build a race vehicle where we could use a Cummins engine. So then we started talking about what kind of racing you could enter a Cummins-powered vehicle into, and we landed on Baja’s stock class.” 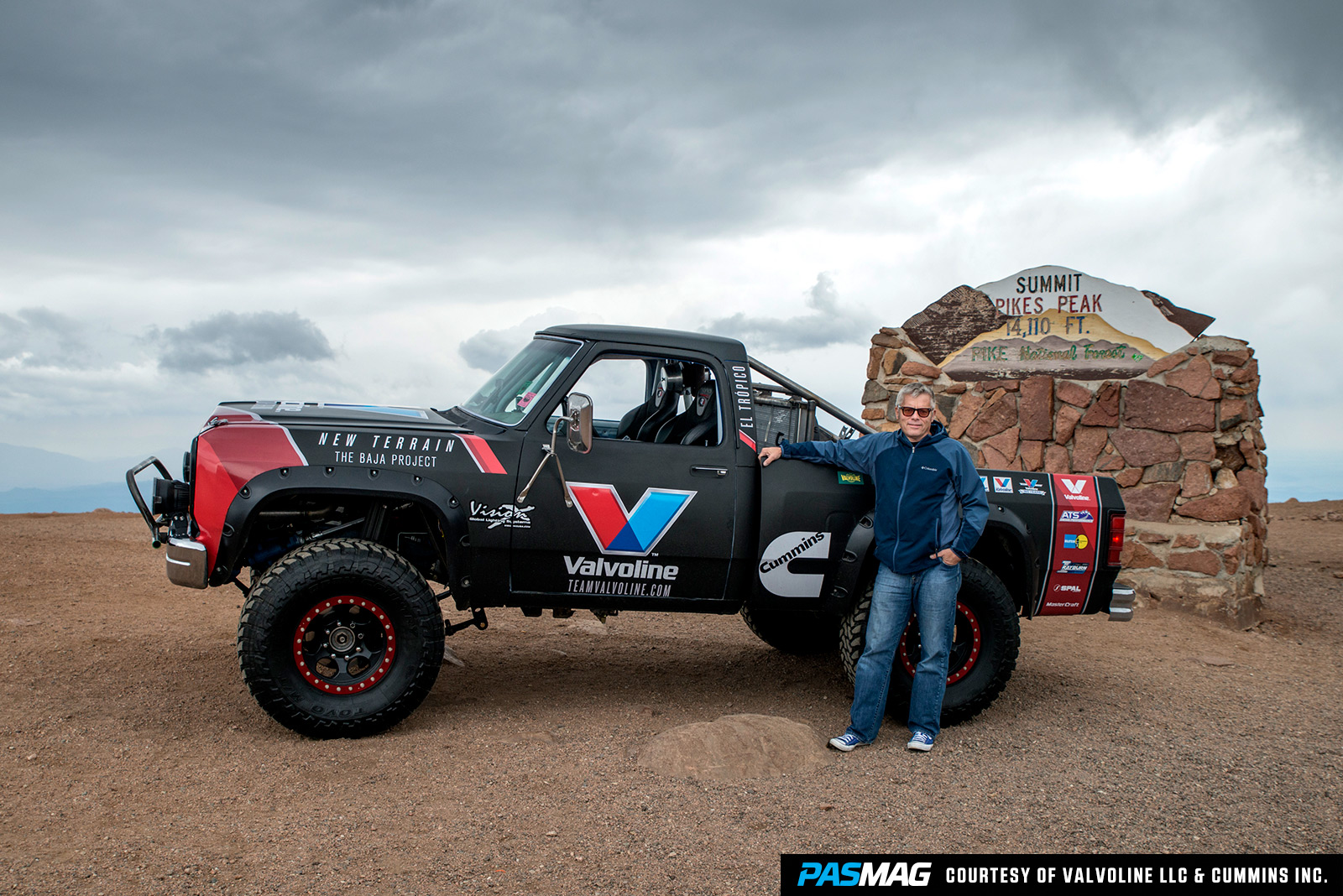 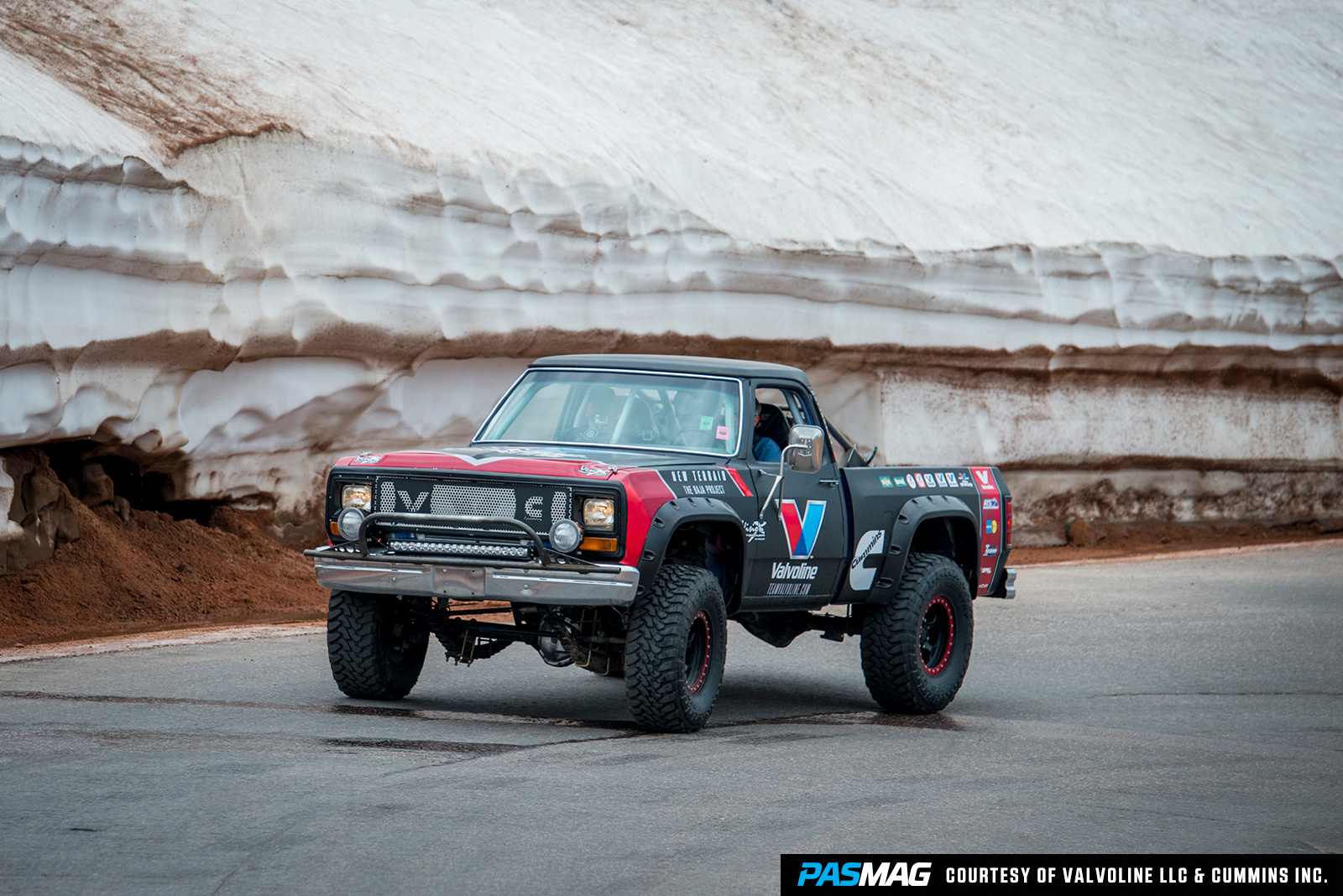 With Cummins being their largest OEM partner and the literal driving force behind the project, the call to their offices was the first. Not surprisingly, Cummins was totally on board. So on board in fact that they asked what the timeline and budget on the build because they wanted to build their own truck. However, instead of competing against each other, Valvoline and Cummins combined their efforts to produce a two-truck team with personnel from both sides acting as both support crew and driving crew.

“We put an email out through the whole corporate headquarters community and asked who would be interested in a project like this, and it was interesting to see who came out,” Nachdigal says, proudly. “This project wouldn’t have come together without help from every department, and when you work at Valvoline, you can definitely find car enthusiasts throughout the company.” 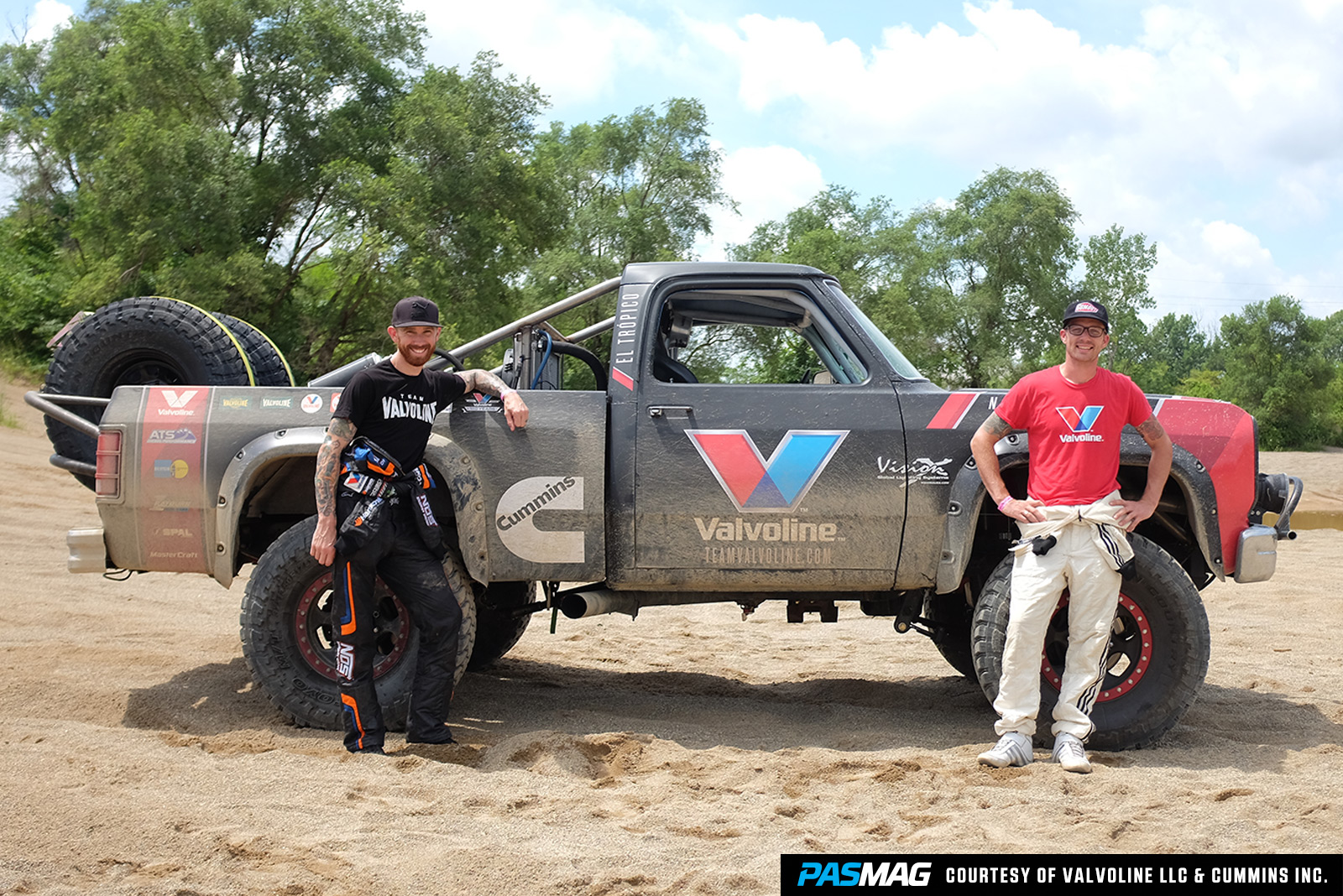 Taking up the driver seats on these trucks destined for the Baja are two names that are very familiar in the world of drifting: Chris Forsberg and Ryan Tuerck. Both are Valvoline-supported drivers, and Mr. Wedding tells me the enlistment went a little like this:

“When we reached out to Forsberg, he said that running the Baja was a bucket list item,” he chuckles. “Apparently Tuerck was in his presence when it was brought up and said, ‘I want in!’” 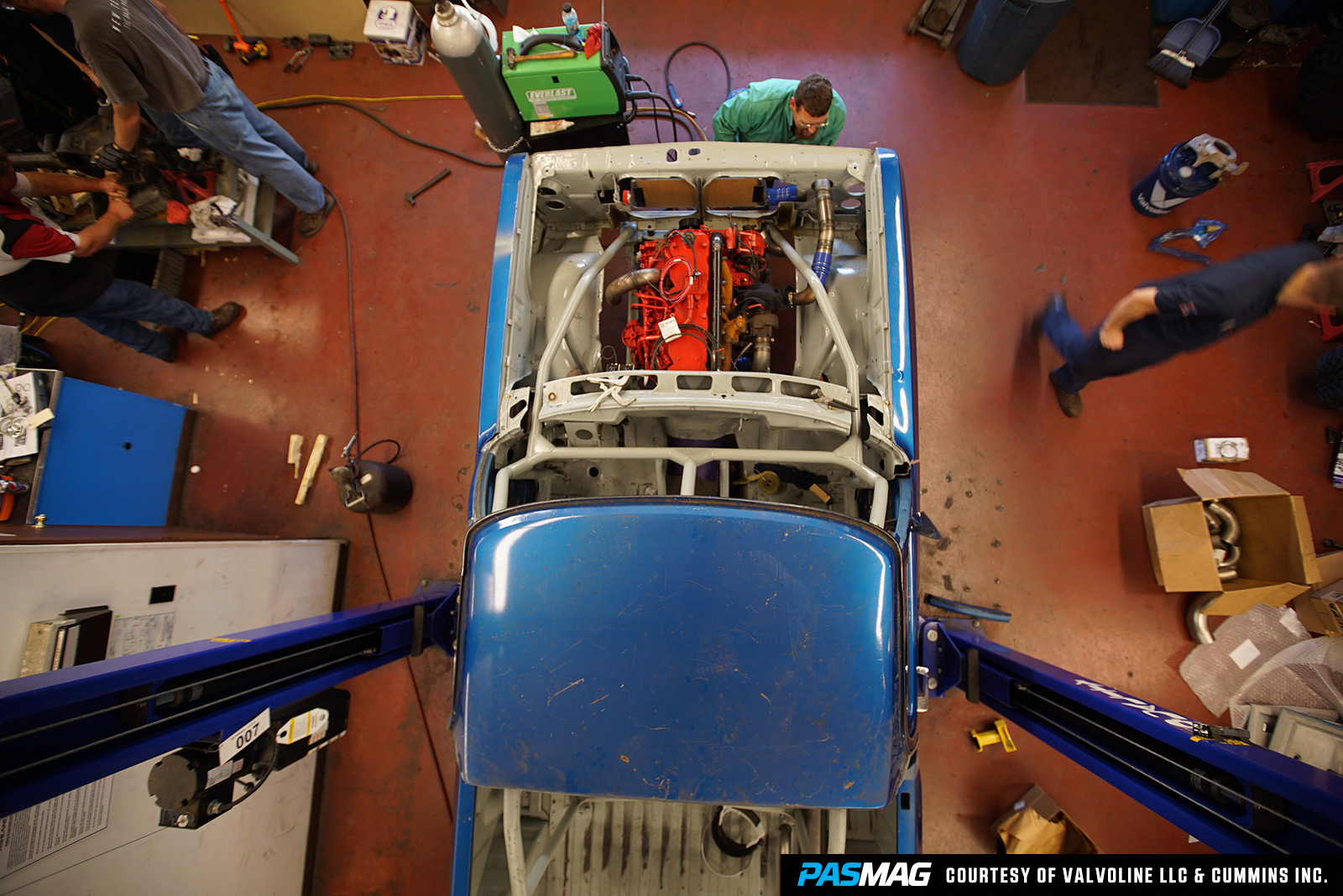 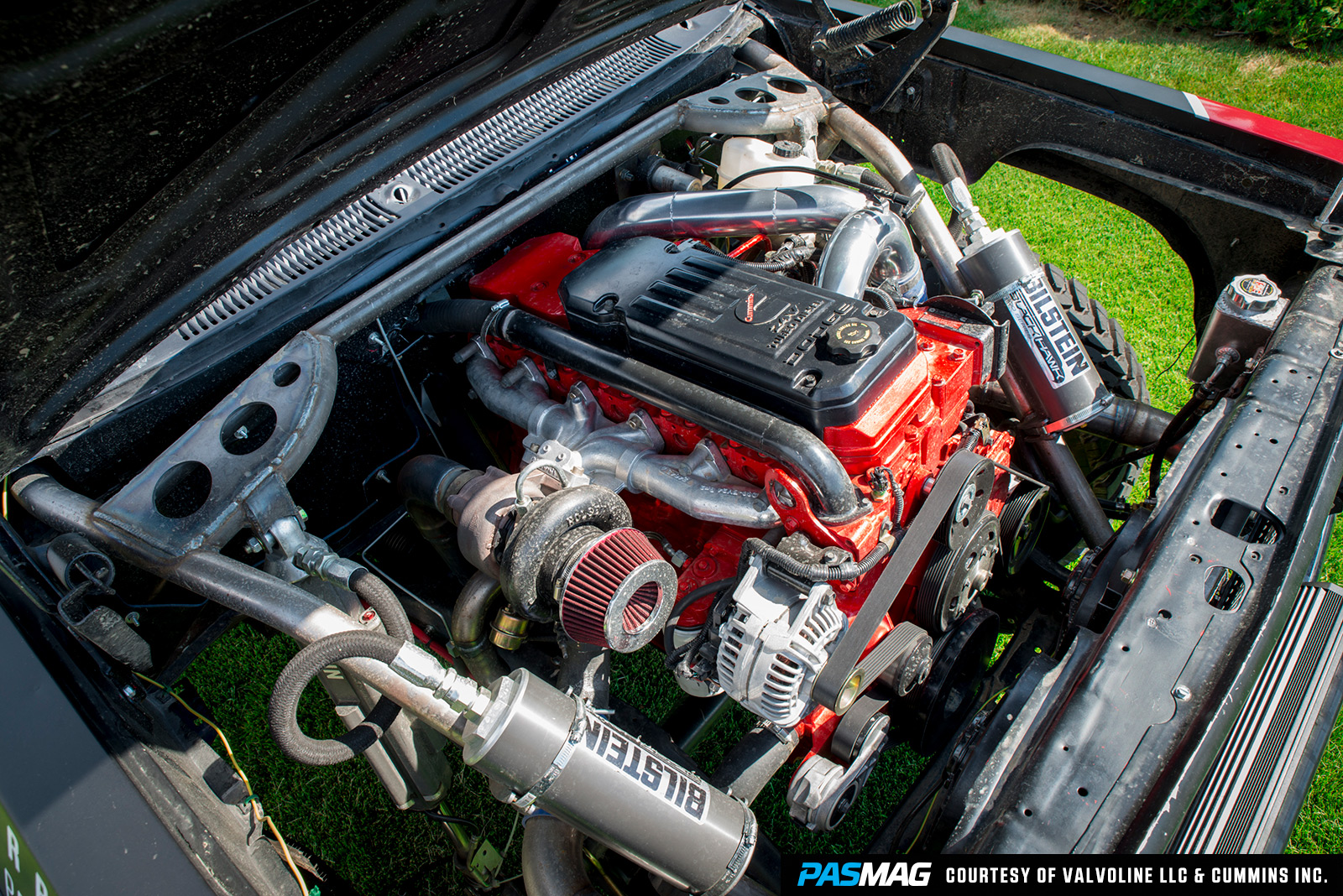 Crew and drivers settled on, Valvoline turned their attention towards which chassis they would turn into a bash-worthy Baja machine. As the goal was to run a Cummins engine, the Dodge Ram was a natural choice, but with so many generations and models, it was a bit of a point of contention between the team that gave way in favor of uniqueness on the field. 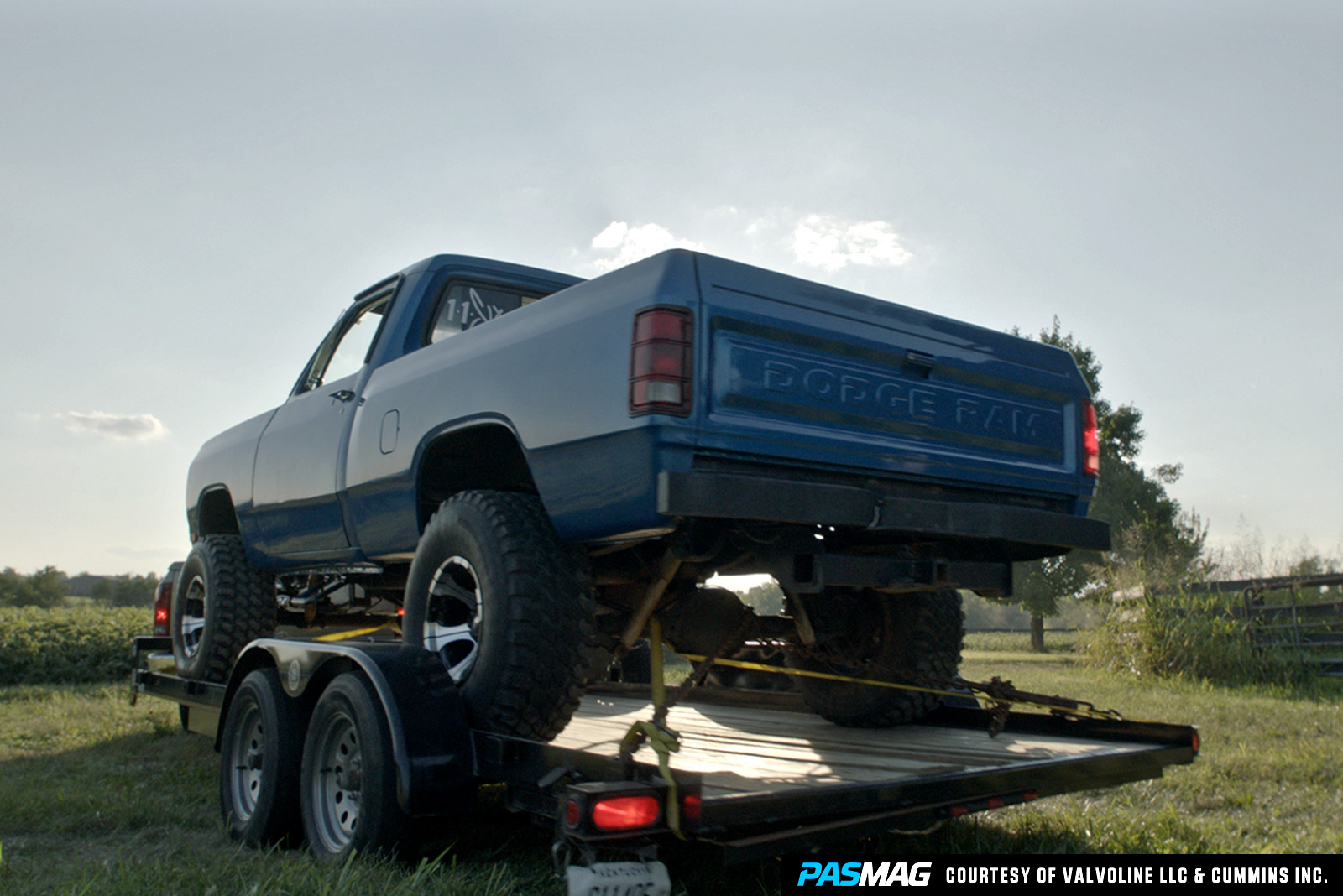 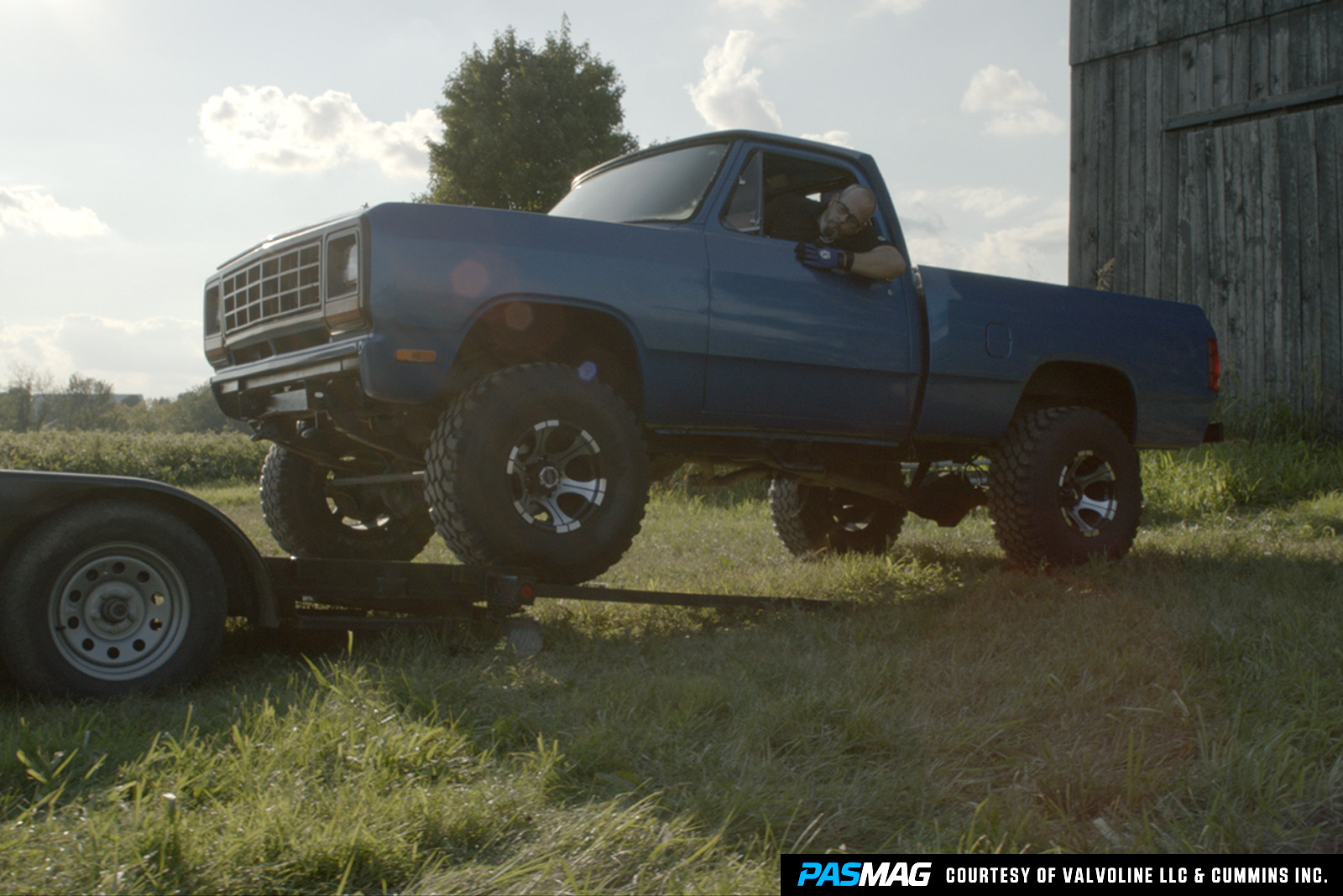 “To be honest, I was looking at something much newer, but someone came up with the idea that we should be different from everybody else and go with the oldest body style truck available with a Cummins motor in it,” Nachdigal explains. “That took us back to the ’81 to ’93 first generation Dodge Ram.” 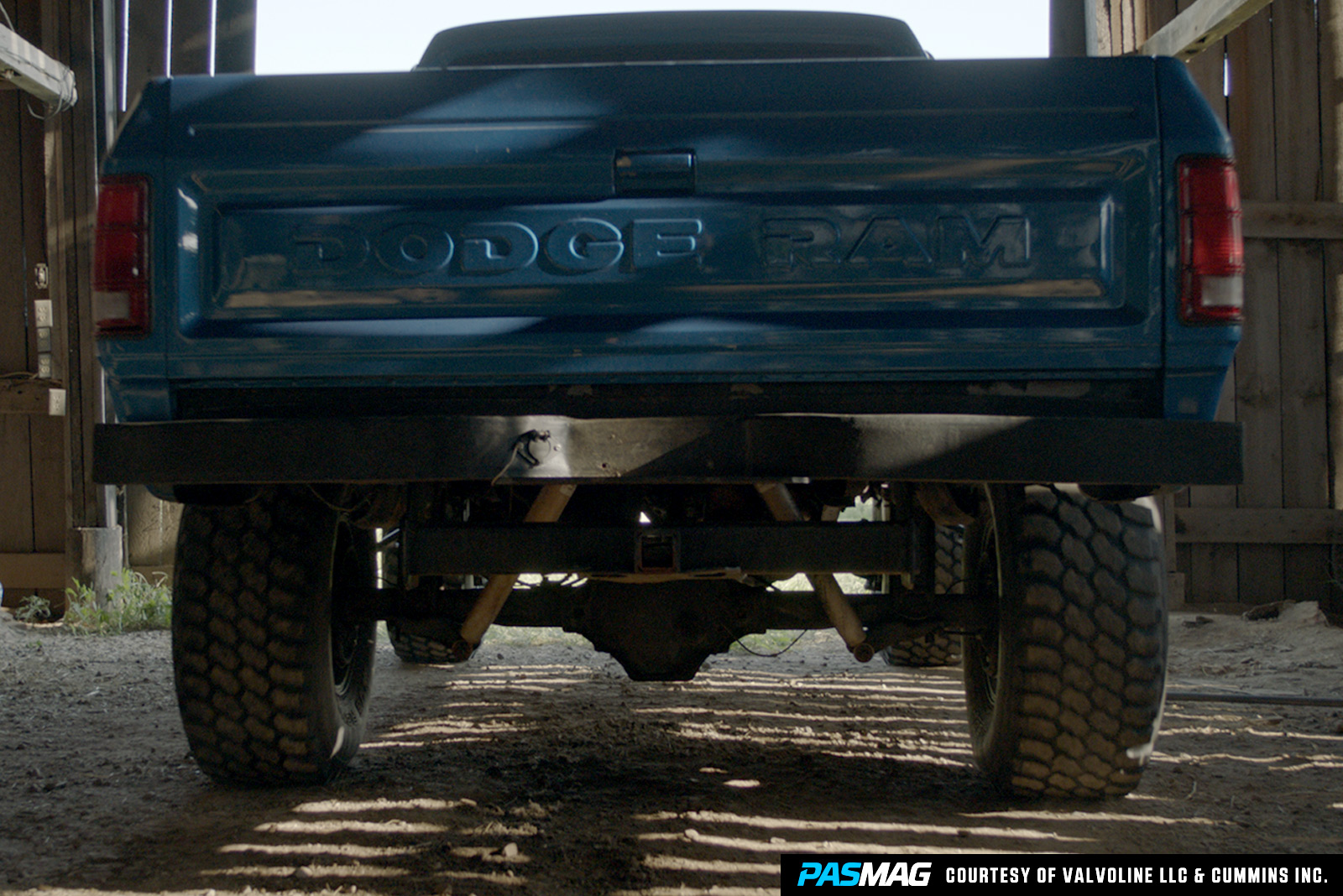 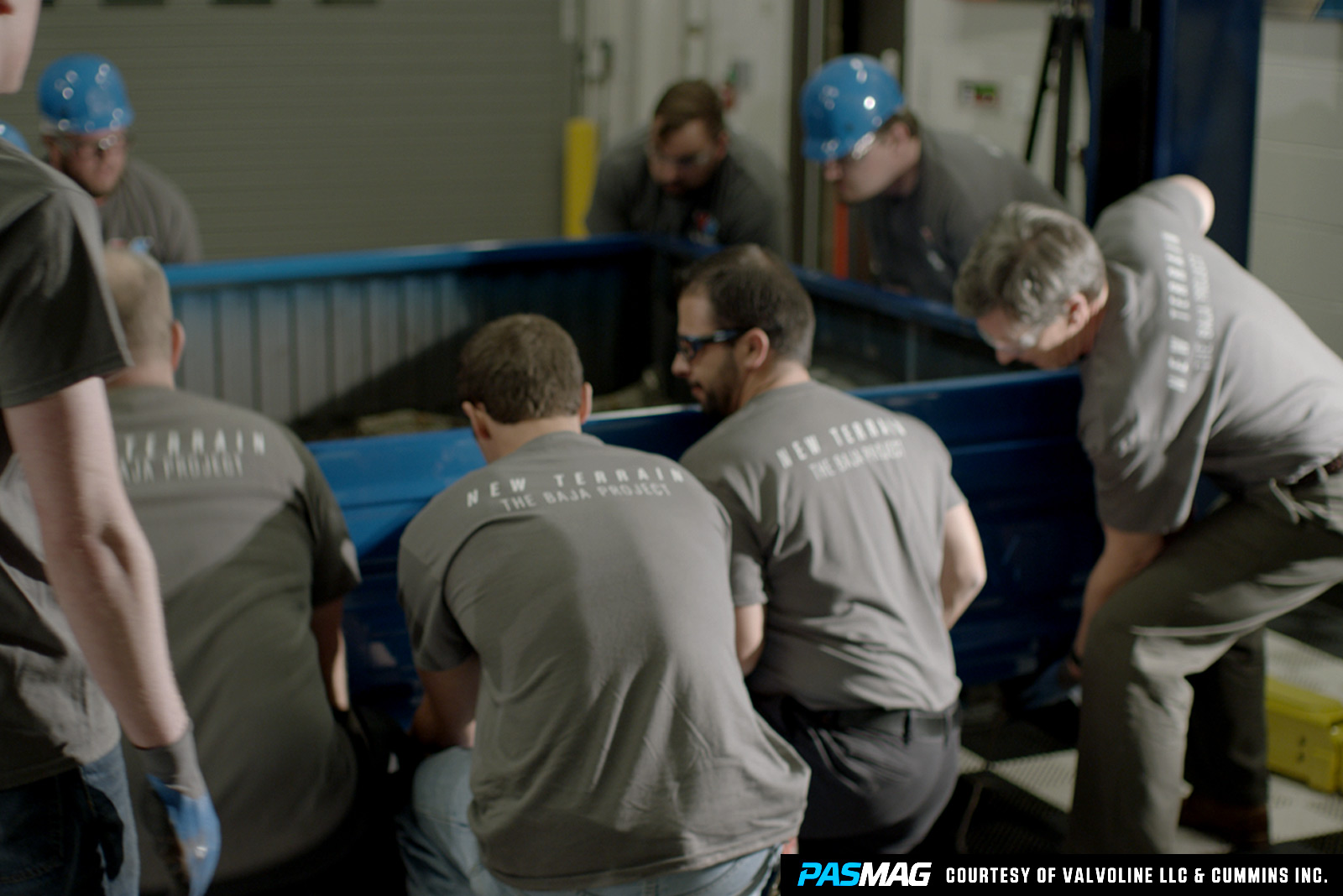 Equipped with two first-gen Dodge Rams acquired from Craigslist, the team quickly got to work making these leaf-spring-equipped pickups ready for some heavy-duty abuse. Between the Baja’s terrain and the copious amounts of torque the 5.9-liter Cummins inline-six sourced from a third-gen Ram 2500 can put down, it’s highly likely that some hardware can break every time they go out, so it’s super important that these pickups are hard to stop. 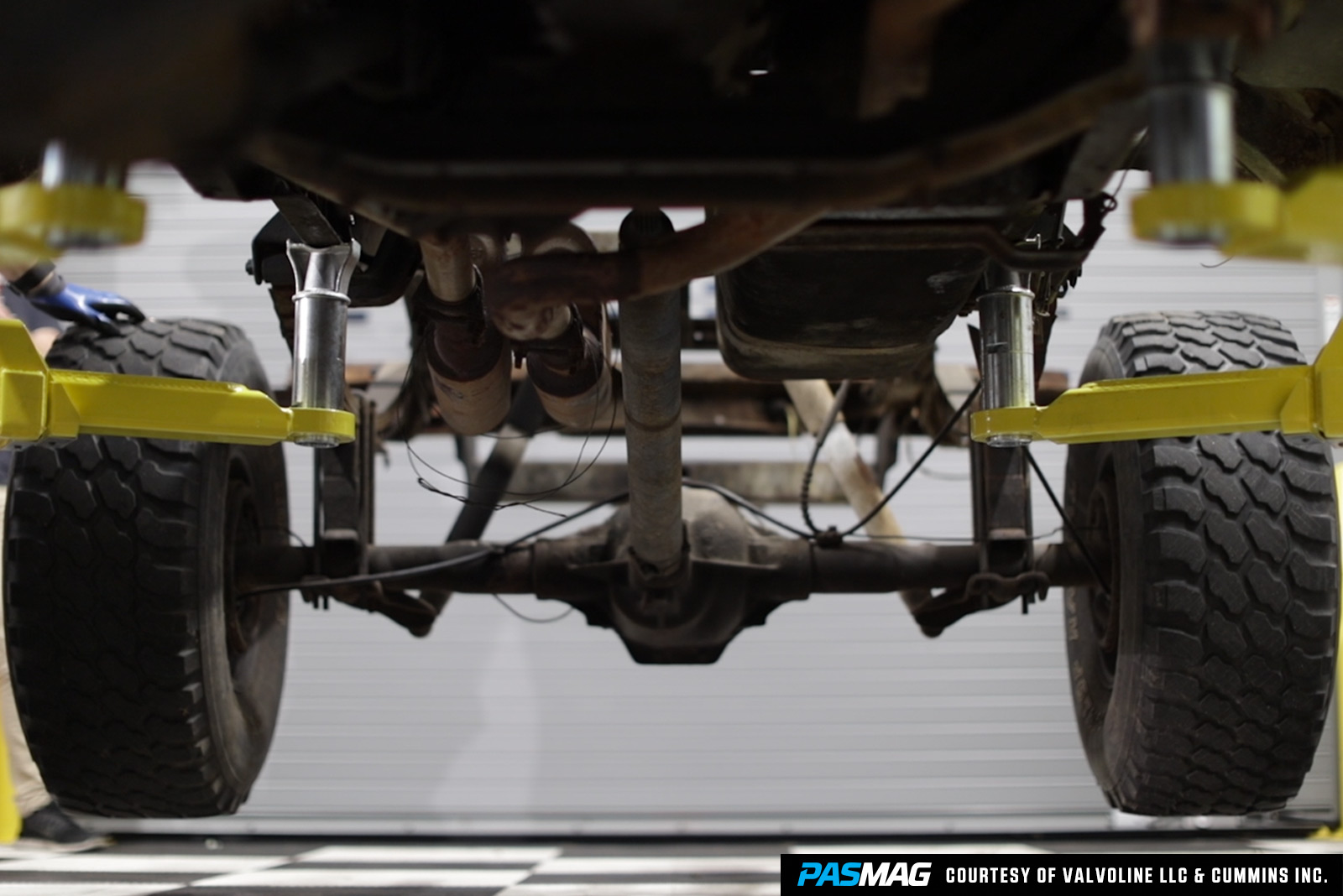 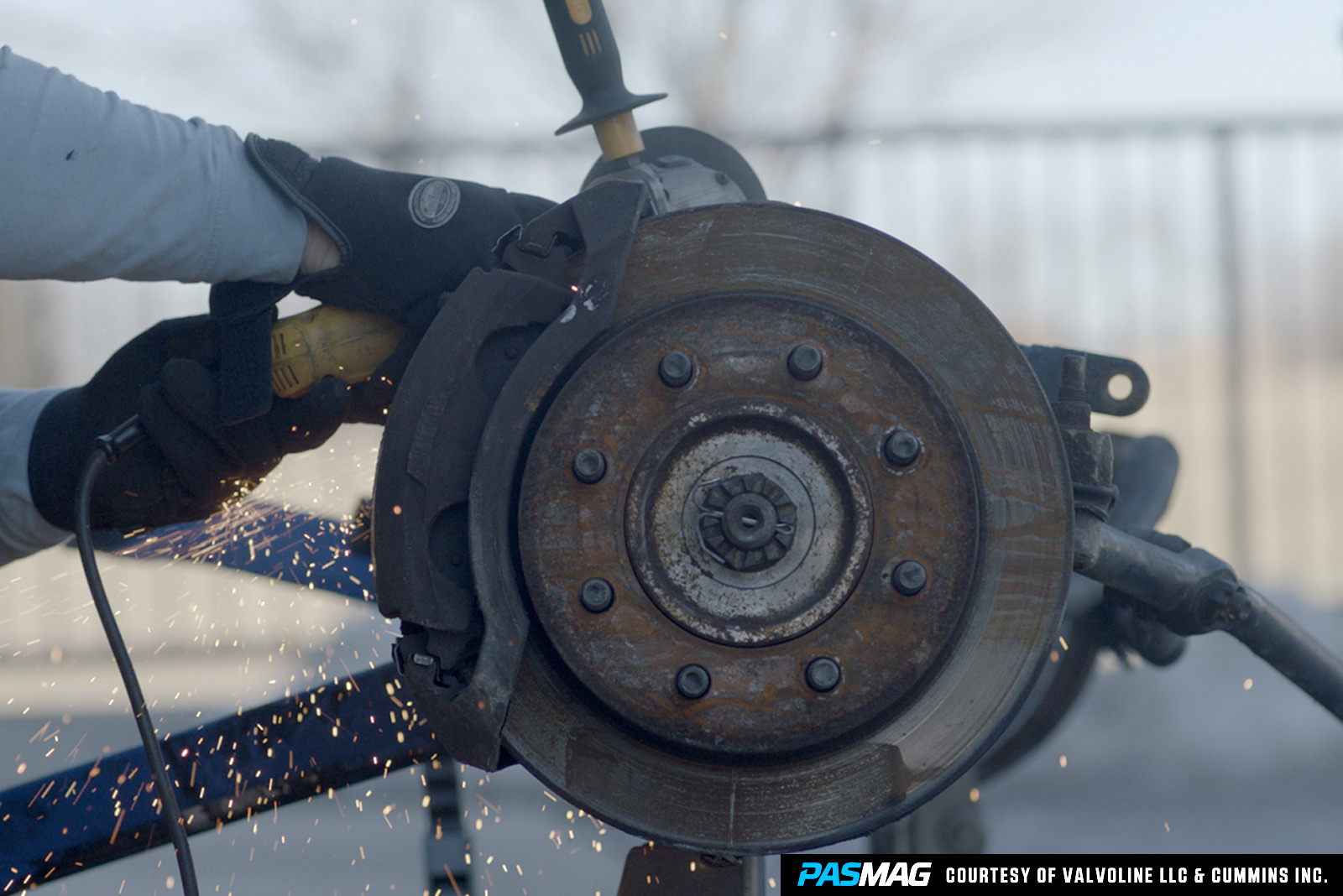 “The first thing we did was get the axels out of a three-quarter-ton and one-ton Dodge truck because they have a larger axel shaft and bigger ring and pinion gears to hold up,” Wedding lists off. “Then we started looking over all of the stock attachment points and where we needed to gusset, box, and strengthen the chassis.”

This is further bolstered by some build partners that came on board to help the twin Rams be competitive. Partners like Vision X, with their off-road lighting and knowledge of Baja; Bilstein with custom-valved shocks to help out those old fashioned leaf springs; SPAL with some crazy high-output fans that will make sure the trucks keep their cool in the desert; and Toyo Tires for their Baja-proven off-road tires.

Between an internal team that’s made up of passionate circle racers on both asphalt and dirt, as well as competitive rock crawlers, some trusty structural checks and welds by some local shops, and some capable components from high-performance partners, the trucks are now testing and getting ready to rip up the 830-mile Baja course from November 16th to 20th, 2016. Best of luck to Forsberg, Tuerck and the whole Valvoline/Cummins crew. We’ll be rooting for you!

"Baja Blast: Valvoline, Cummins, And A Couple Drifters Take On The Baja 1000" is featured in PASMAG Trucks #5 special edition issue. Click here to order the issue. 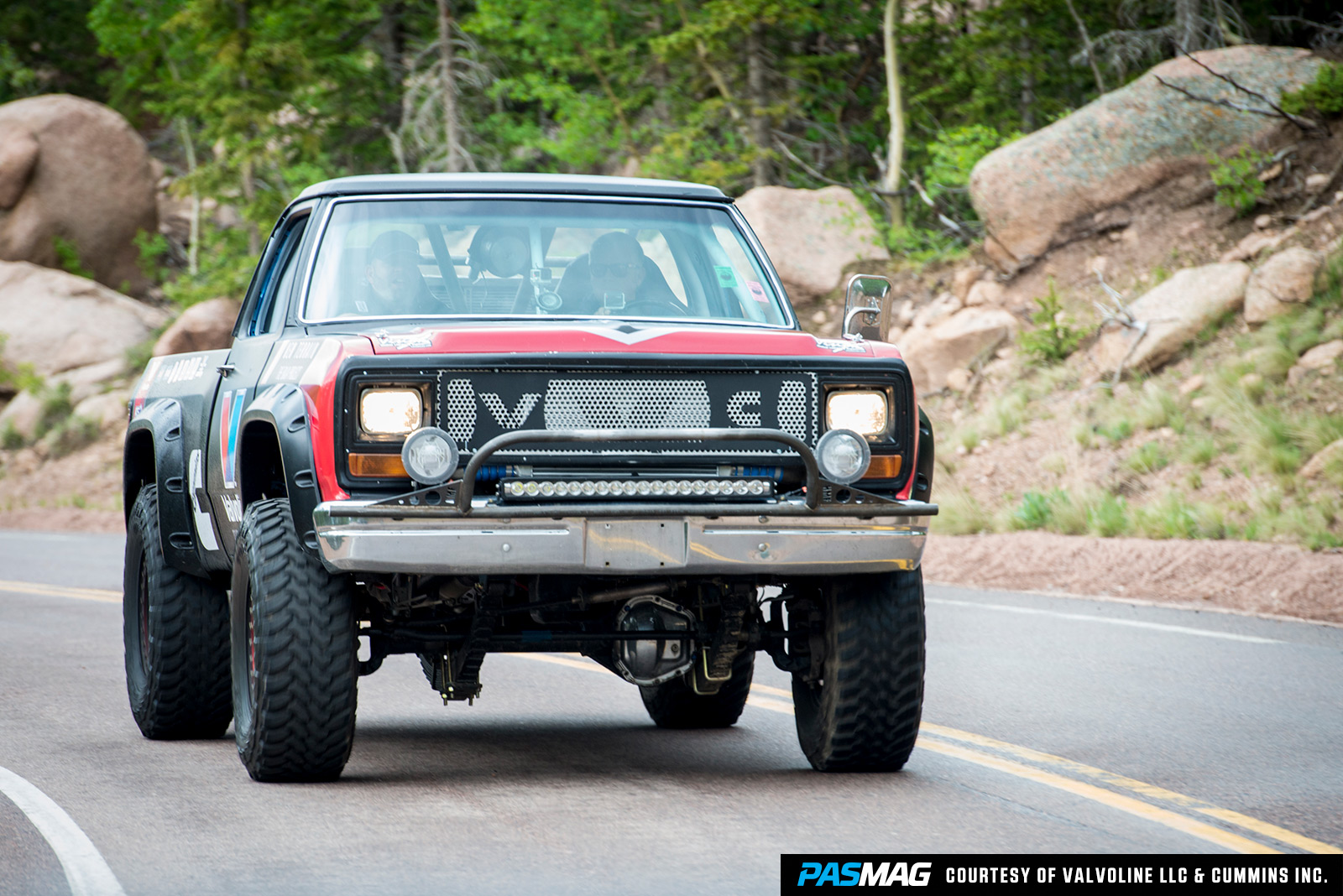 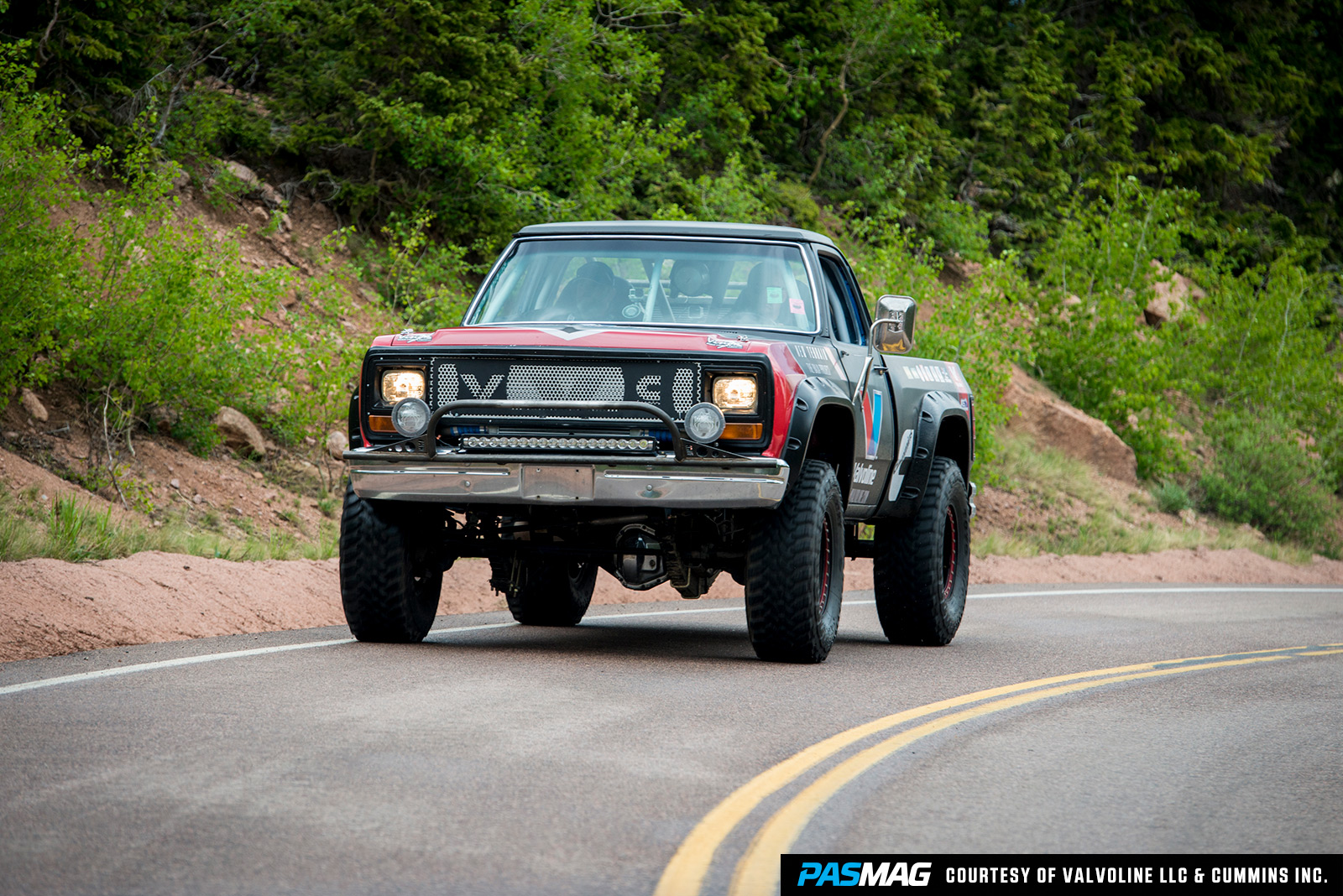 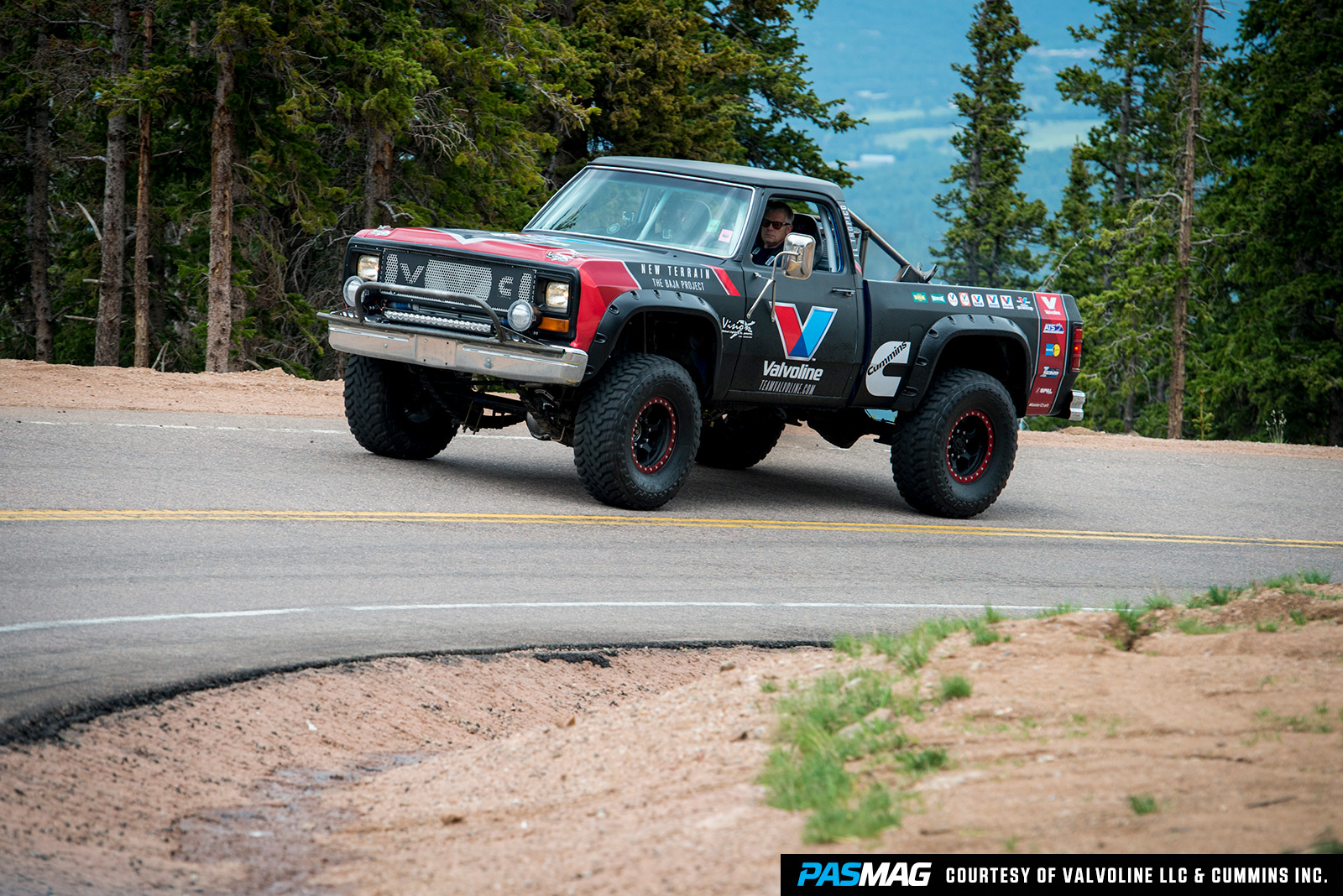 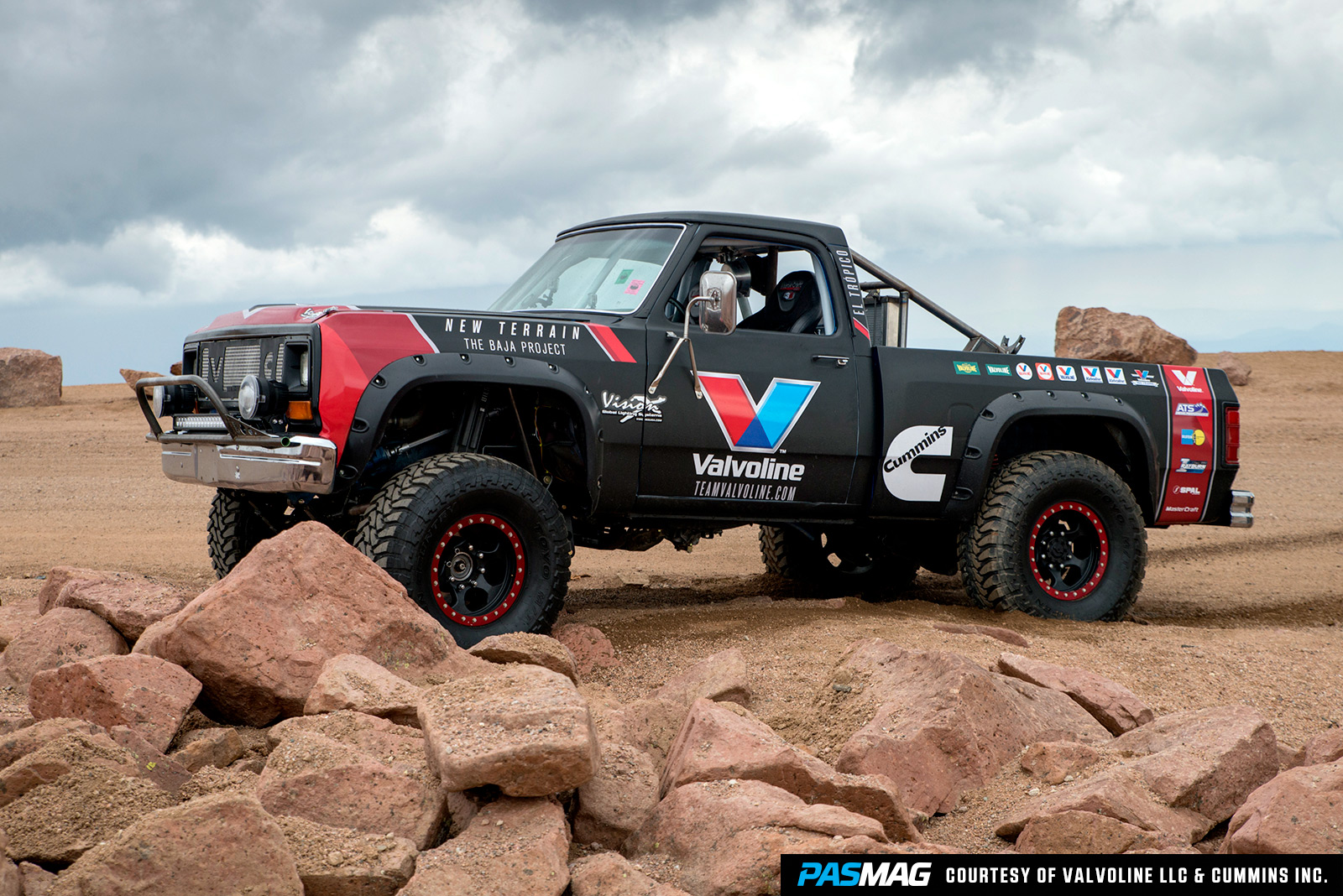 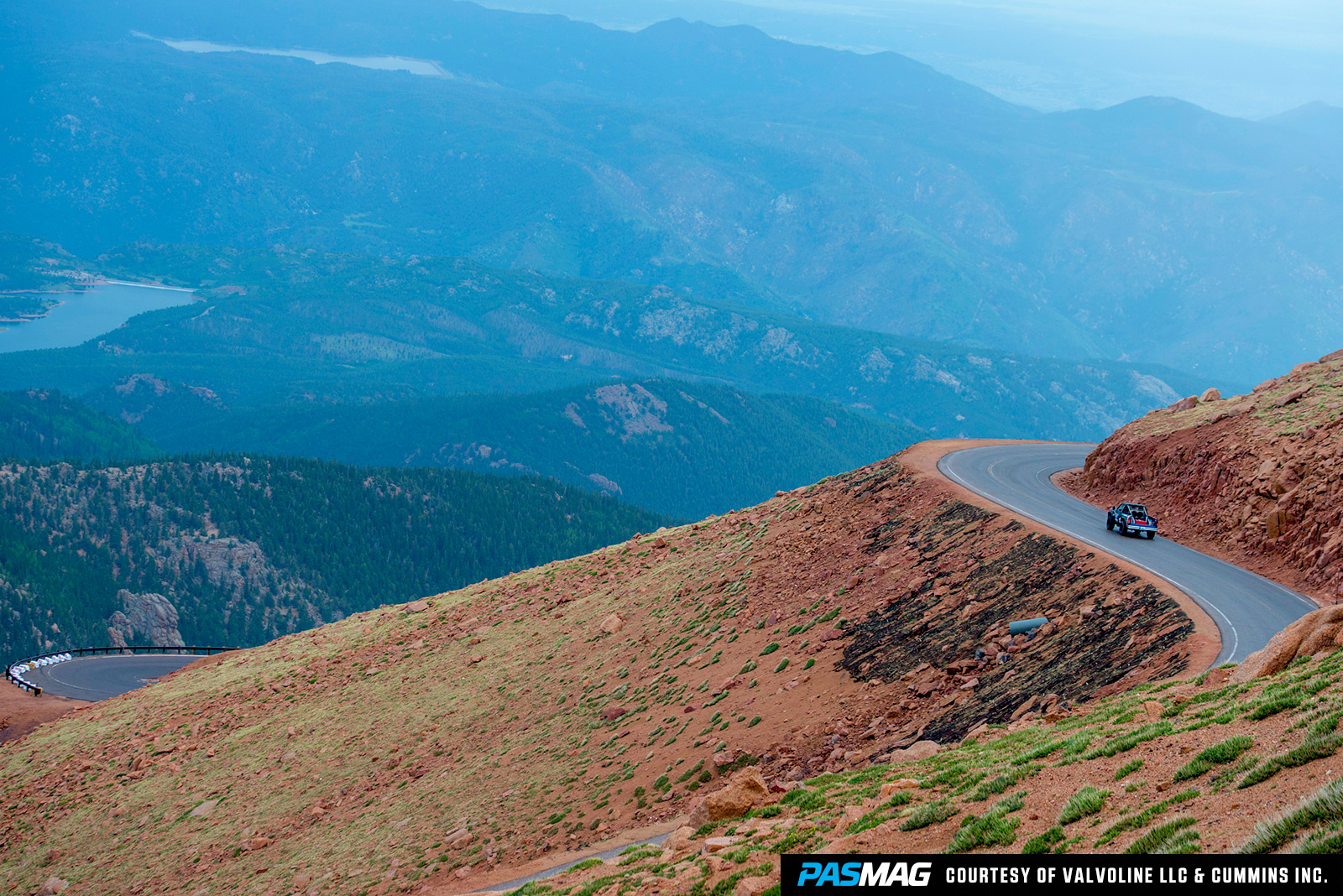 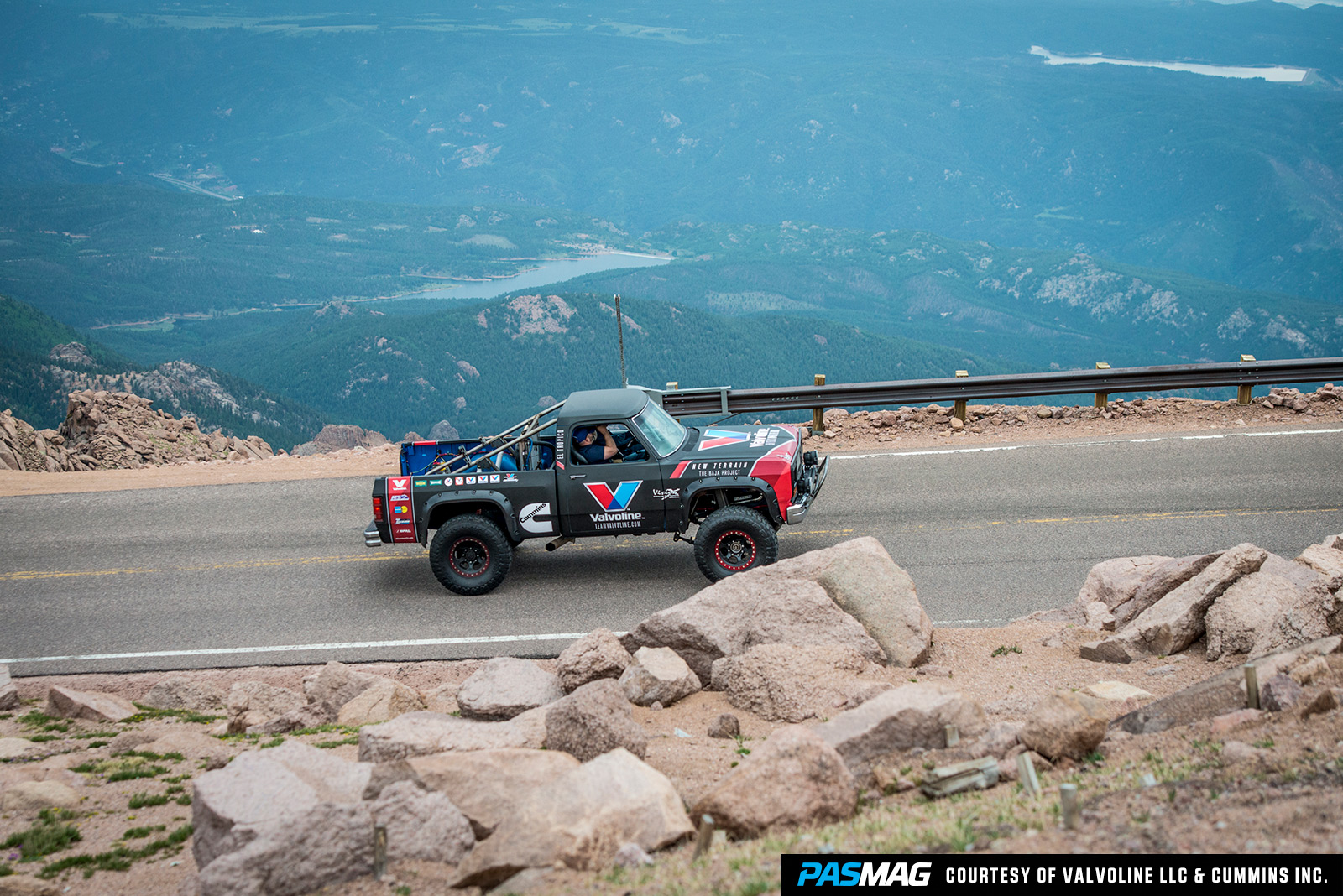 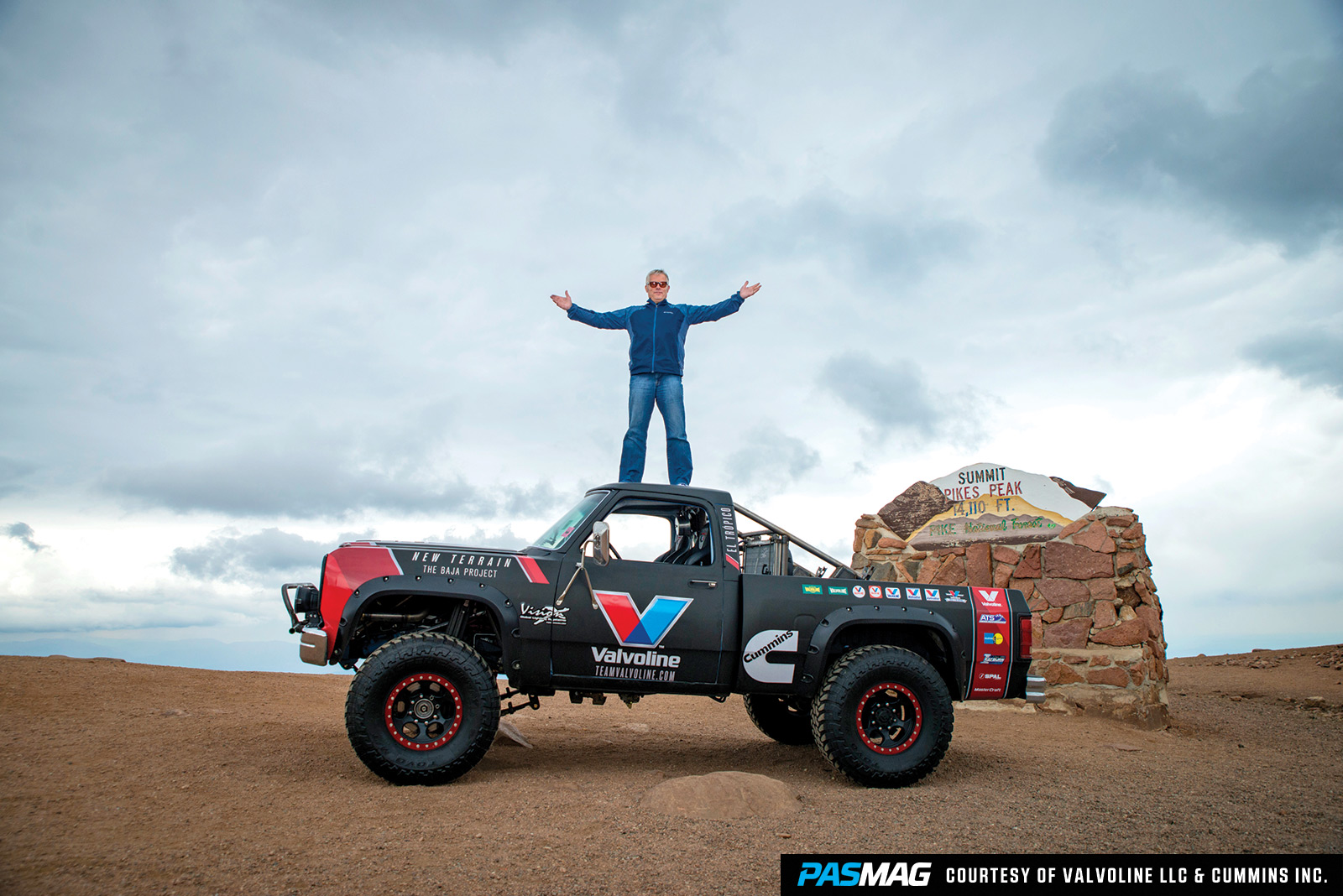 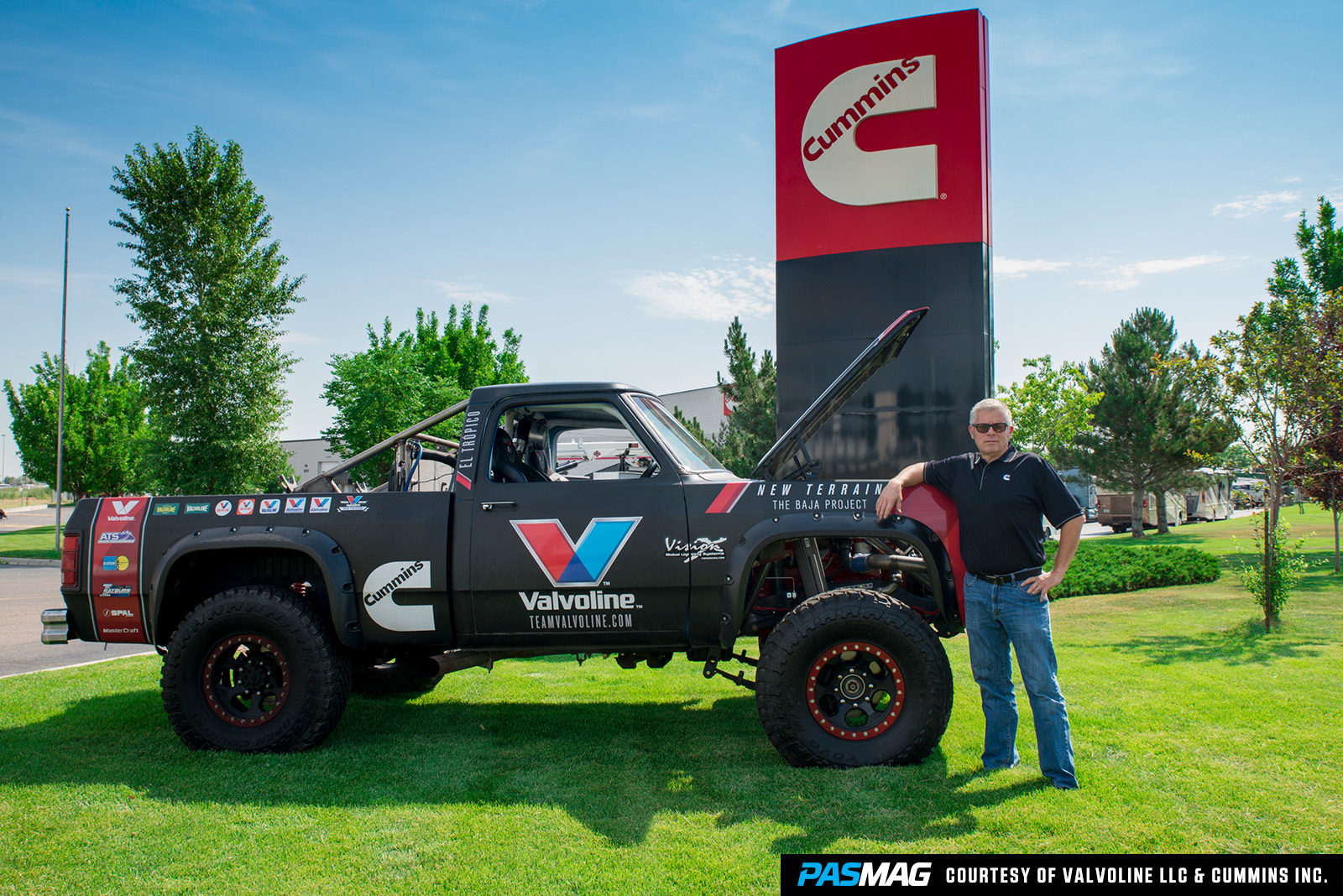 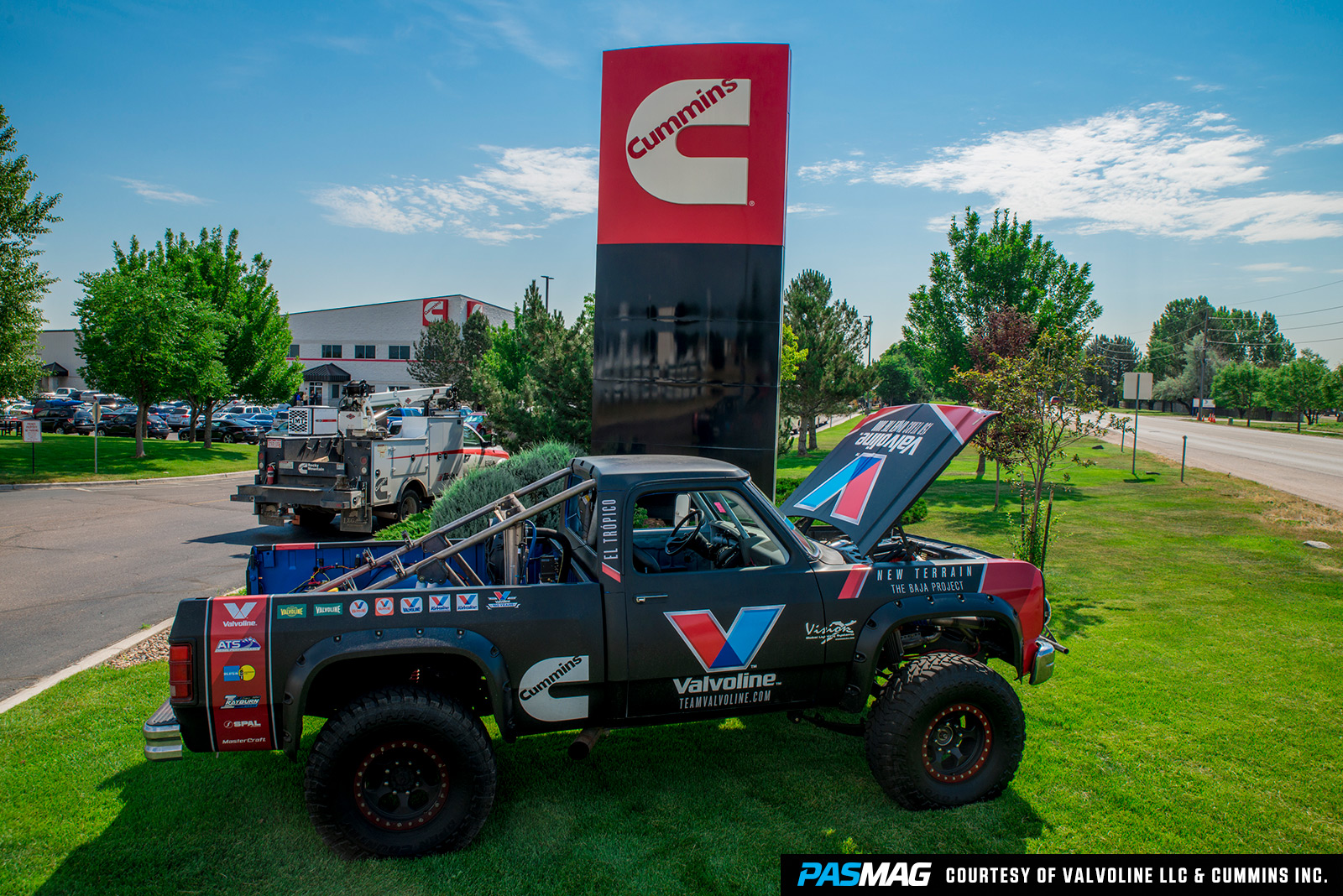 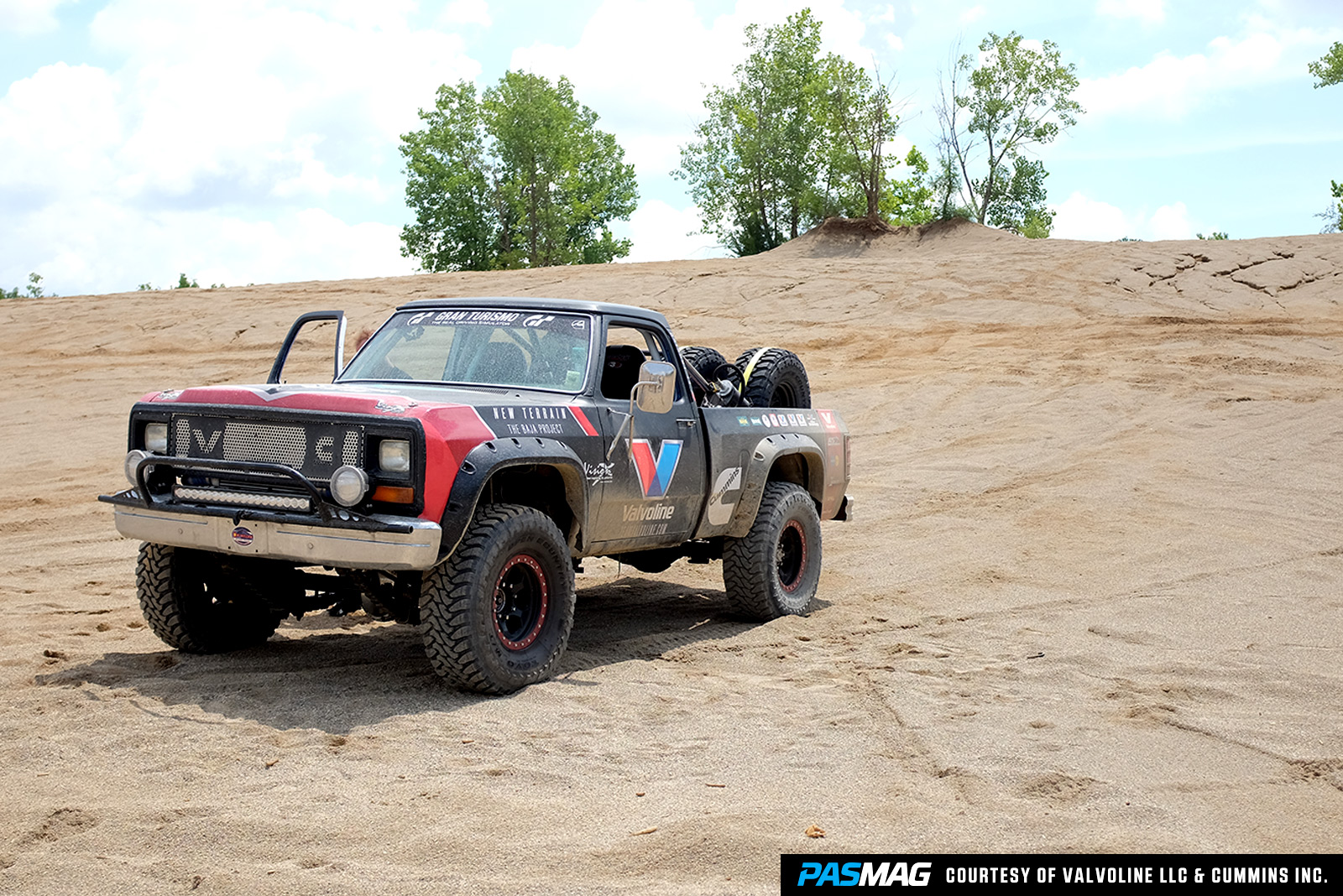 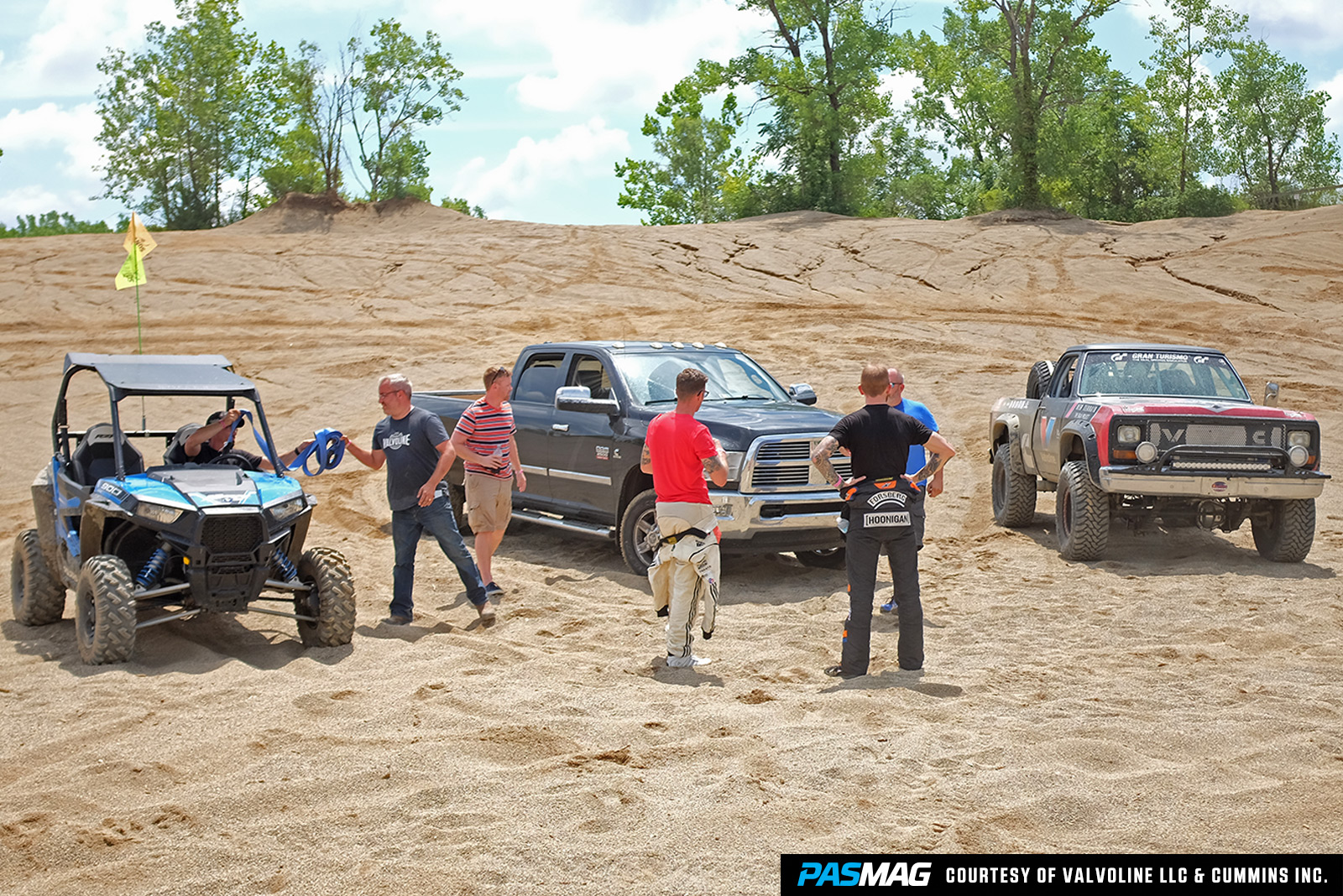 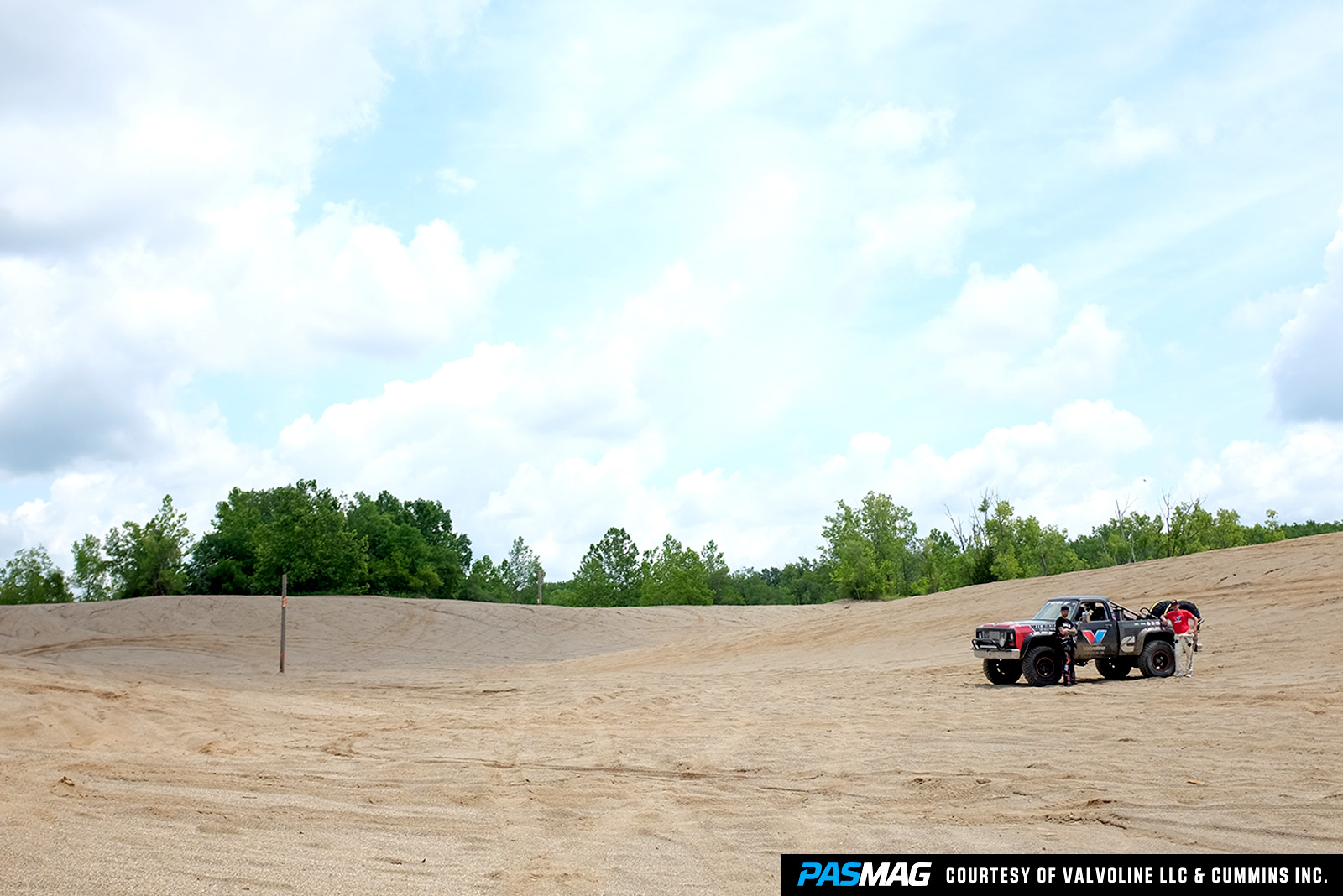 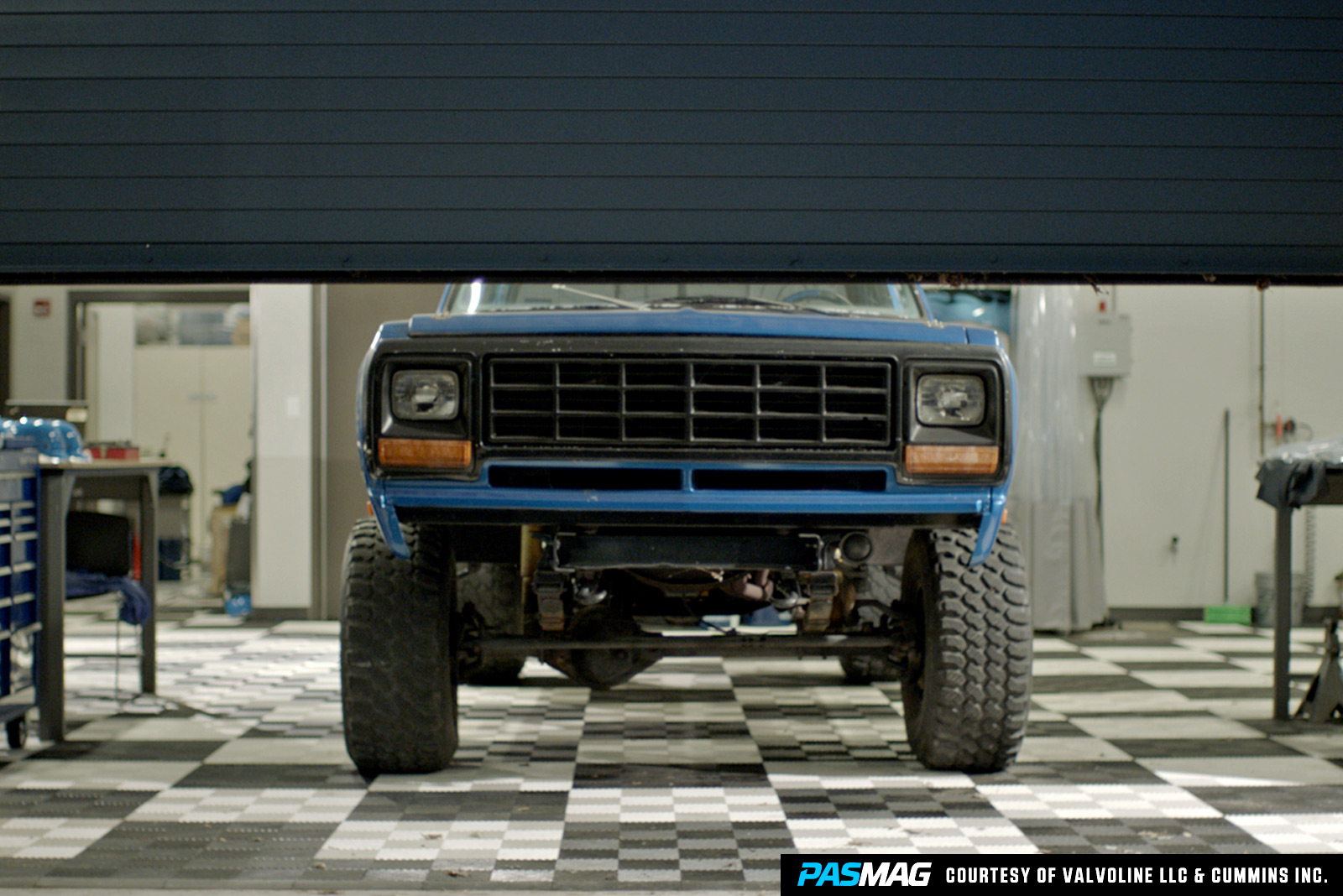 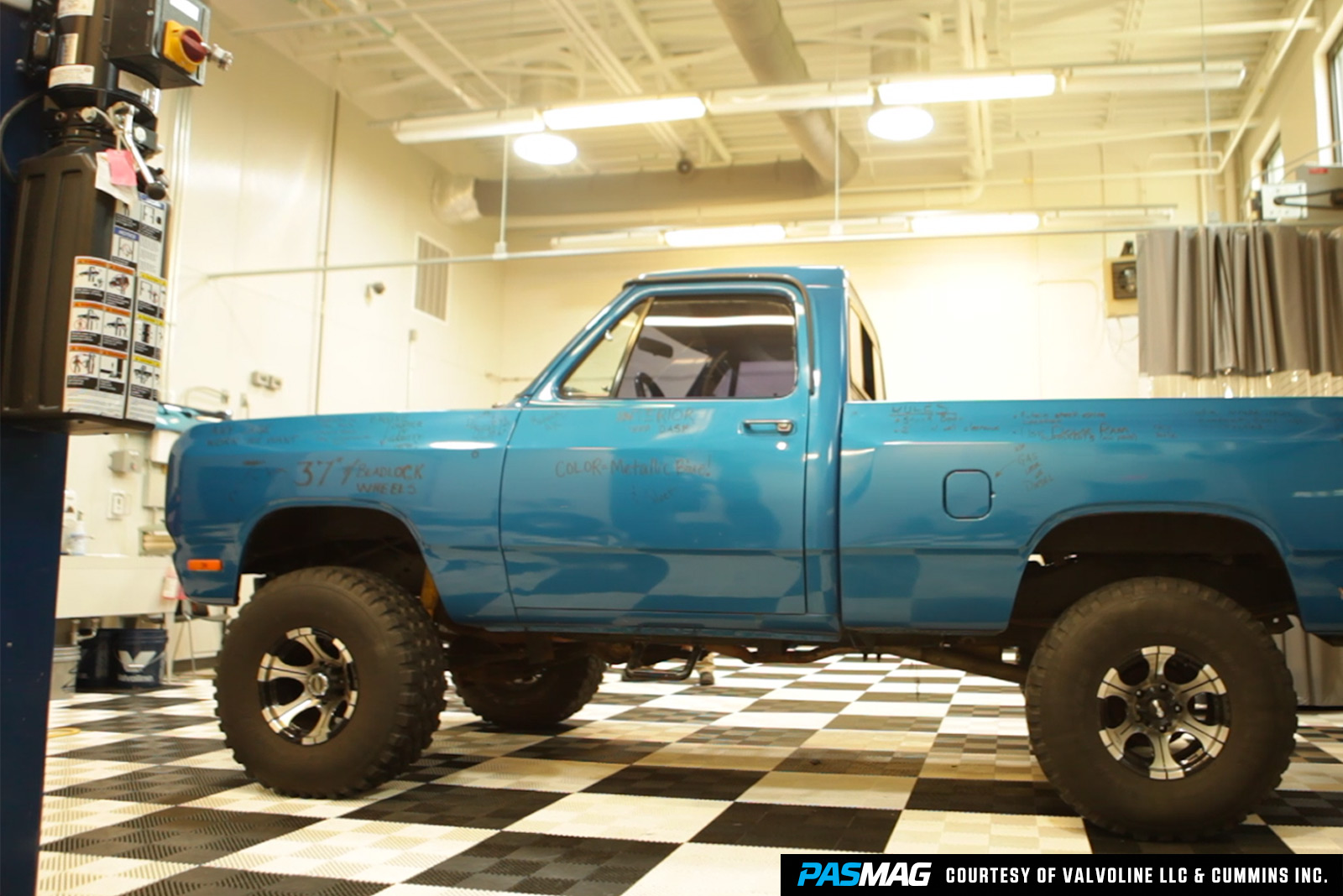