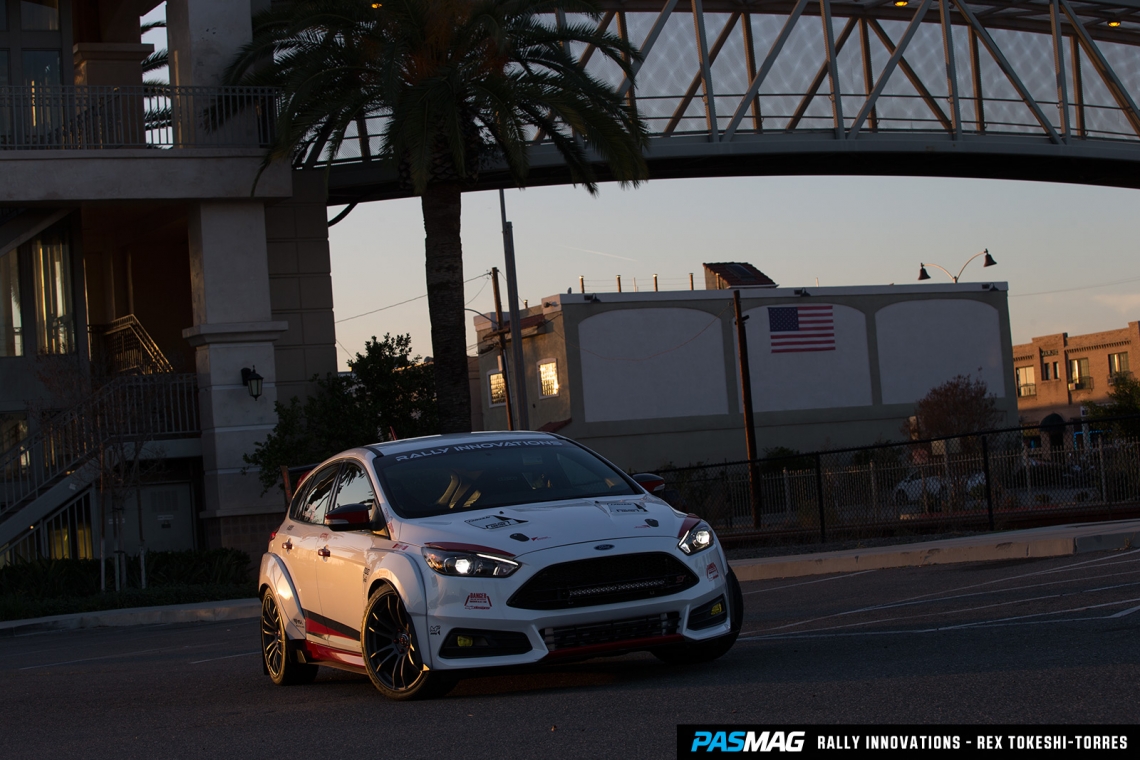 IT’S YEAR 70 OF THE COSMIC ERA. SEVENTY YEARS SINCE HUMANITY LEFT EARTH TO LIVE IN SPACE COLONIES. HOWEVER, SINCE LEAVING EARTH, HUMANITY HASN’T BEEN ABLE TO LEAVE WAR BEHIND. TWO FACTIONS DO BATTLE WITH SUPER-ADVANCED, HIGH-MOBILITY MECHS CALLED MOBILE SUITS, WITH THE MOST ADVANCED AND FEARSOME BEING DEEMED “GUNDAMS."

A seemingly peaceful day is thrown into chaos as a siren wails and tells of an attack by the opposing faction on your colony. You look out into space to see a new model enemy mobile suit has blown through the colony defenses and is reaching to unlock the airlock hatch and gain access to the colony itself. Just before the suit can engage the lock, there is a blur of red, leaving the enemy mobile suit’s arm cut clean off and drifting off into space. You look out to see that your savior is the Gundam Astray Red Frame… Ford Focus?

Jumping to a different timeline, it’s 2015 and Rally Innovations has been challenged with building a Ford Focus for SEMA. They need something that will not only grab attention, but test themselves from a building and design standpoint. Thankfully, Rally Innovations co-owner John Peñano’s son had a suggestion. “My nine-year-old son, Jet, actually said that he thought it would be really cool if we built something like [a Gundam].” Peñano says. “Fortunately, too, the team members who supported and worked on the car were fans of Gundam and the anime as well.”

Peñano himself wasn’t a fan, or too familiar with the Gundam series, but he was about to get a crash course. Rally Innovations’ first move was to decide on which mobile suit from the series they’d focus their artistic vision on. With a storied history of over 37 years, that’s no easy task. The solution, however, came much easier than they anticipated. 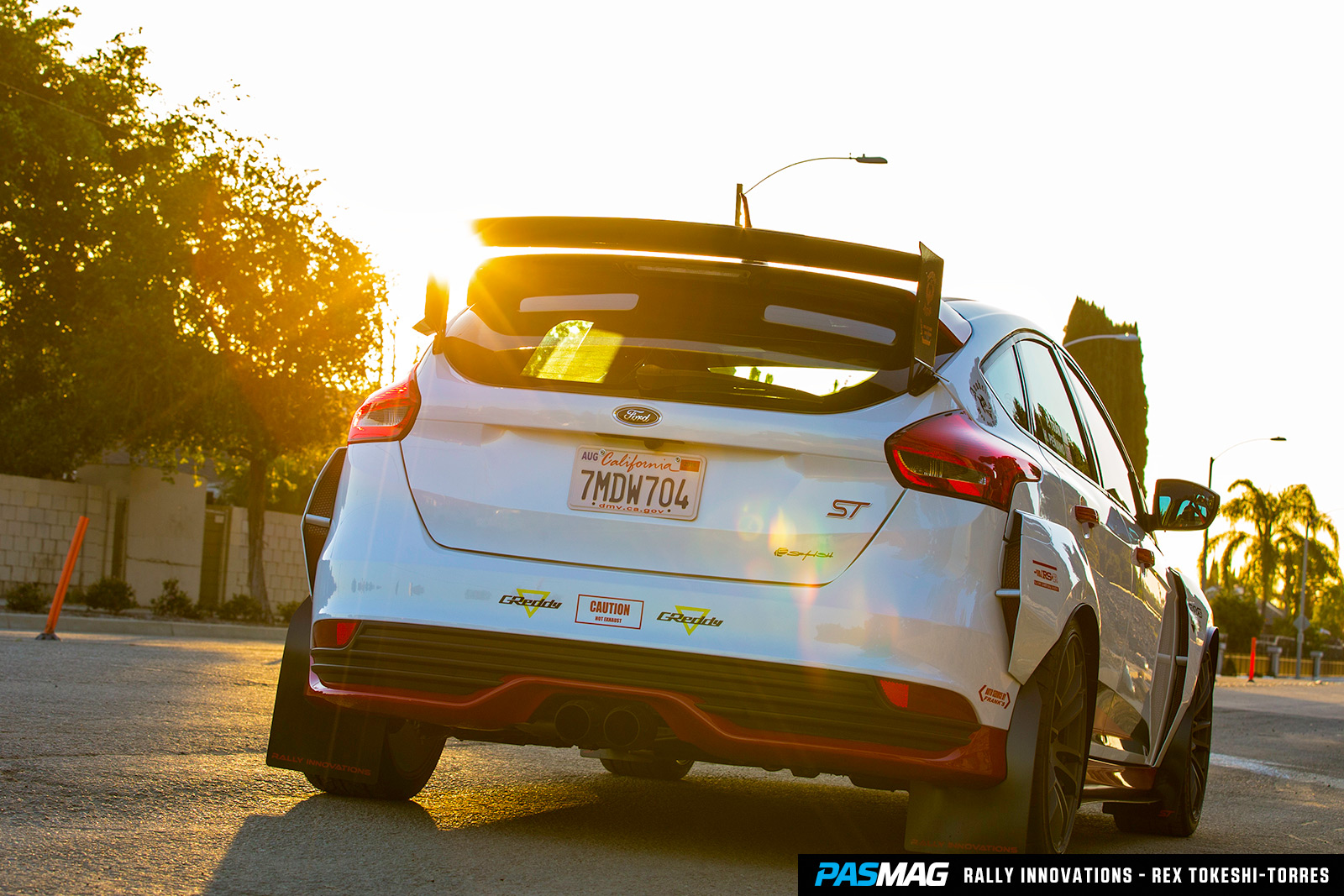 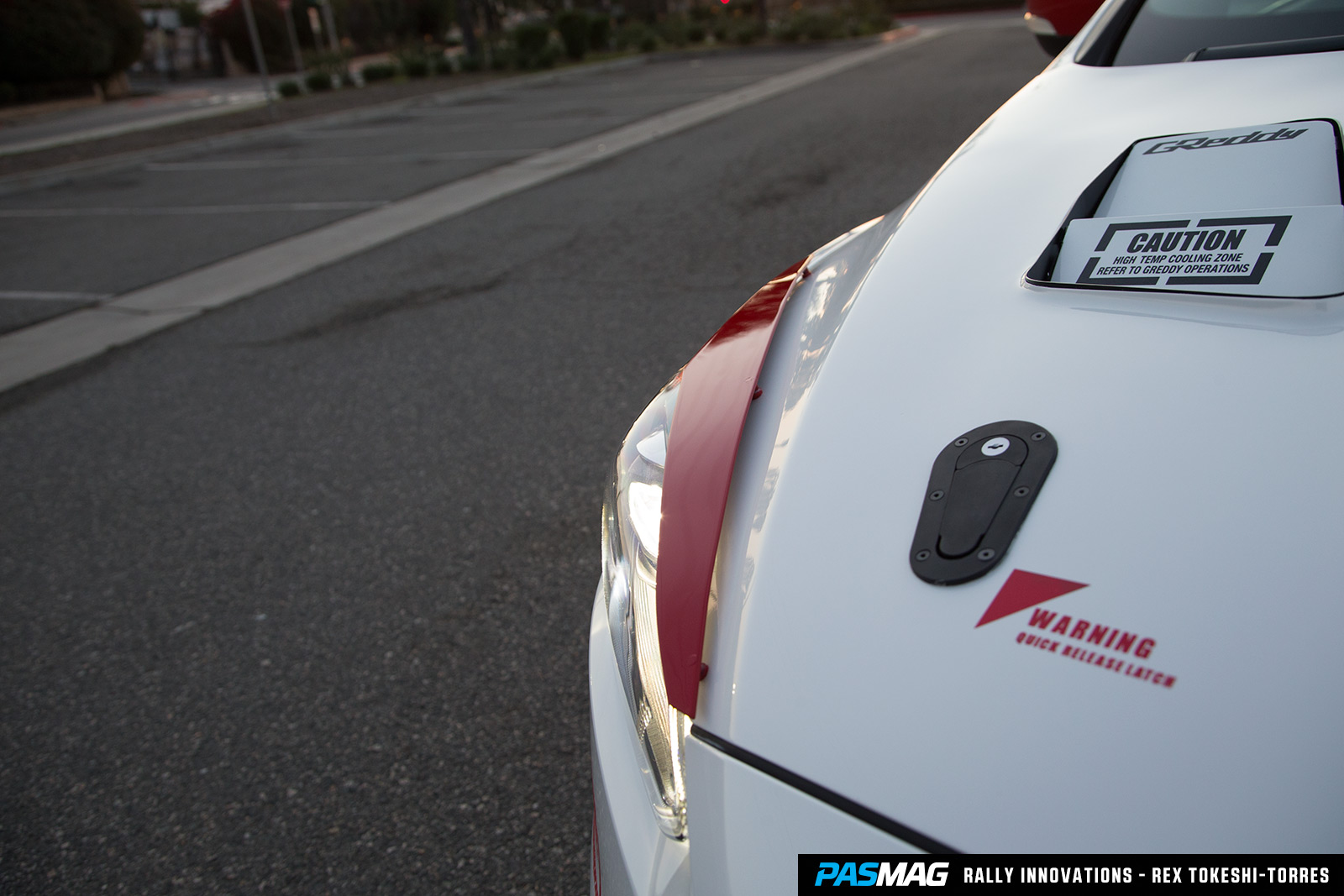 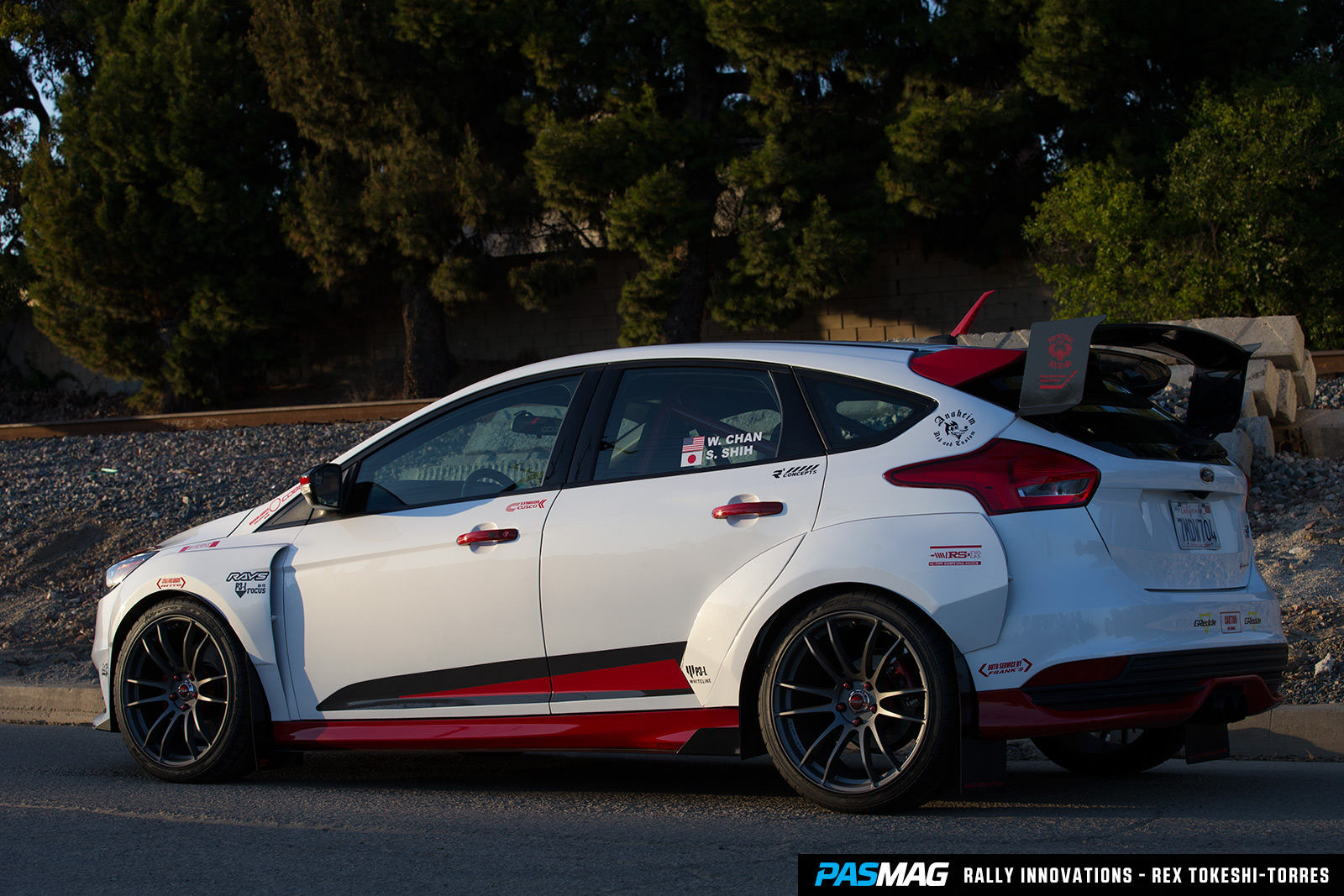 Initially, the team settled on the “Strike Noir” Gundam, which features blacks and grays with small red and yellow accents. When this was pitched to Ford though, they thought it was a little too dark and menacing, so it was back to the drawing board. While mocking up the phase two rendering, it was discovered that white was the best base color to work with since it was the easiest to see the car’s bodylines on. After trying out a few different accenting colors, red was decided on, as the team thought it lent to the simplicity of the white. A Gundam that’s white and red? There’s only one real choice there: the Astray Red Frame!

The MBF-P02 Astray Red Frame was one of five prototype mobile suits that were being developed in secret and then mysteriously covered up in the series. The unit was discovered by its pilot, Lowe Guele, who’s a technician from an organization called the Junk Guild, which is pretty much the equivalent of a mechanic stumbling upon a supercar in a garbage pile. The Red Frame was designed with lighter materials and minimal armor to be faster than other Gundams.

Rally Innovations’ Red Frame certainly wasn’t discovered in a junk heap or designed for warfare, but their Focus was developed in secret to be outstanding. To make sure they were being faithful to the mobile suit’s design, Peñano’s team actually went out and bought a 1/100 scale Master Grade model of the Red Frame Astray and built it for reference material.

“Looking at the kit and its different pieces and their shapes, like the knee caps and the shoulder pads, really gave us a starting point of how to form the fenders to give the look of the mobile suit,” explains Peñano. “There are other details on the car, like the raised eyebrows that represent the V-fin on the head. If you really look at the car, I think it has the same intricacies and details as the Gundam model. We tried to replicate this as a model kit that we were putting on the car.” 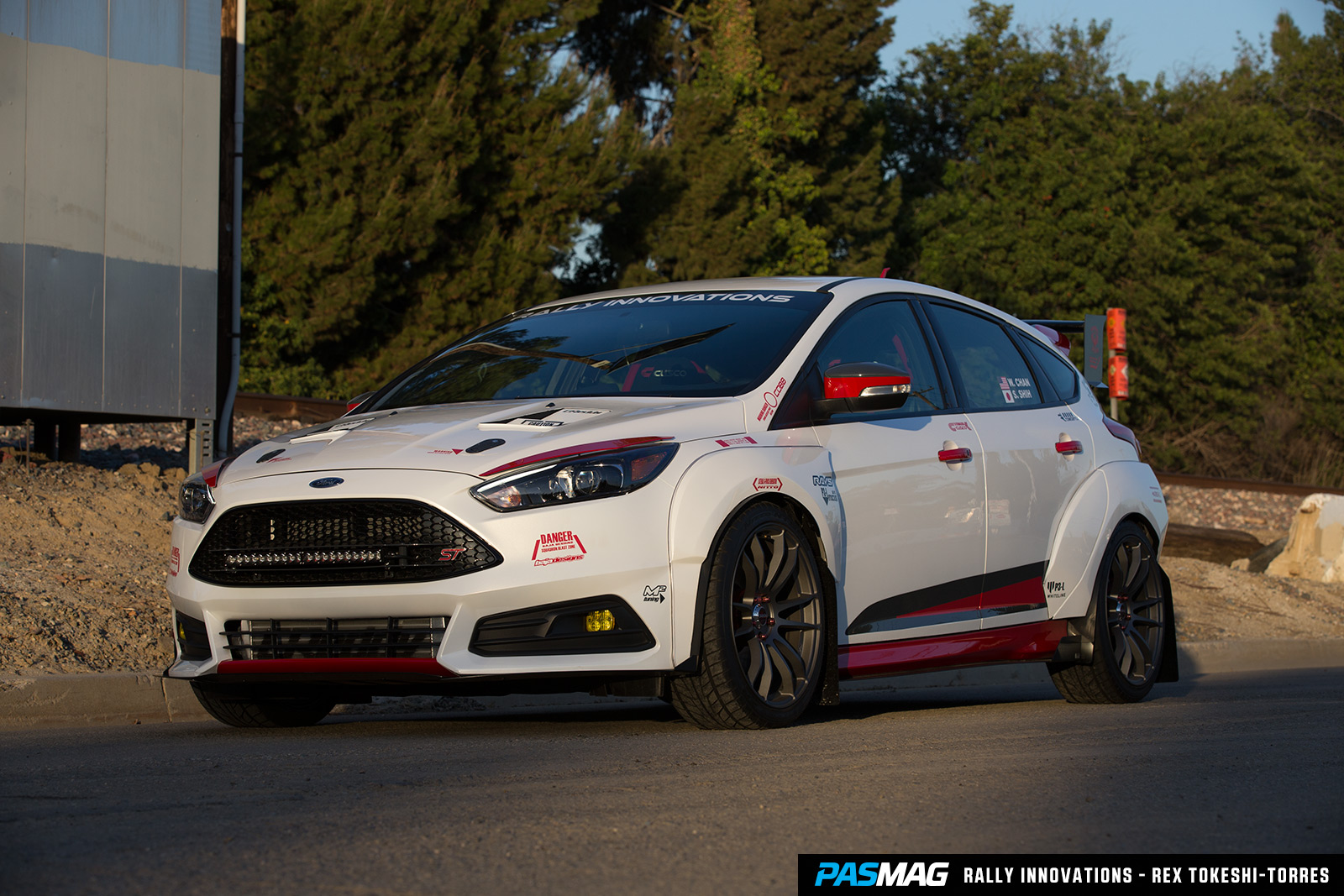 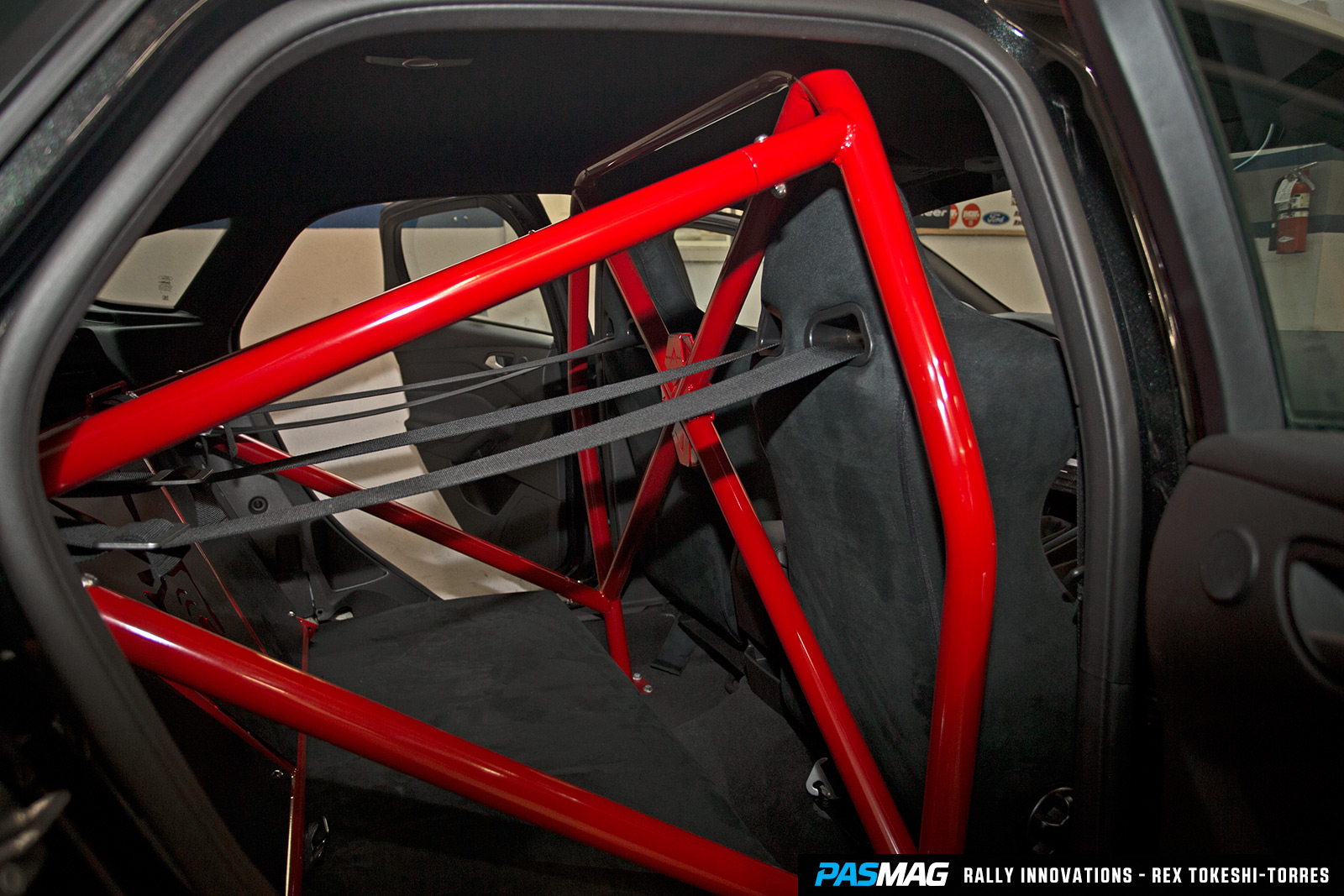 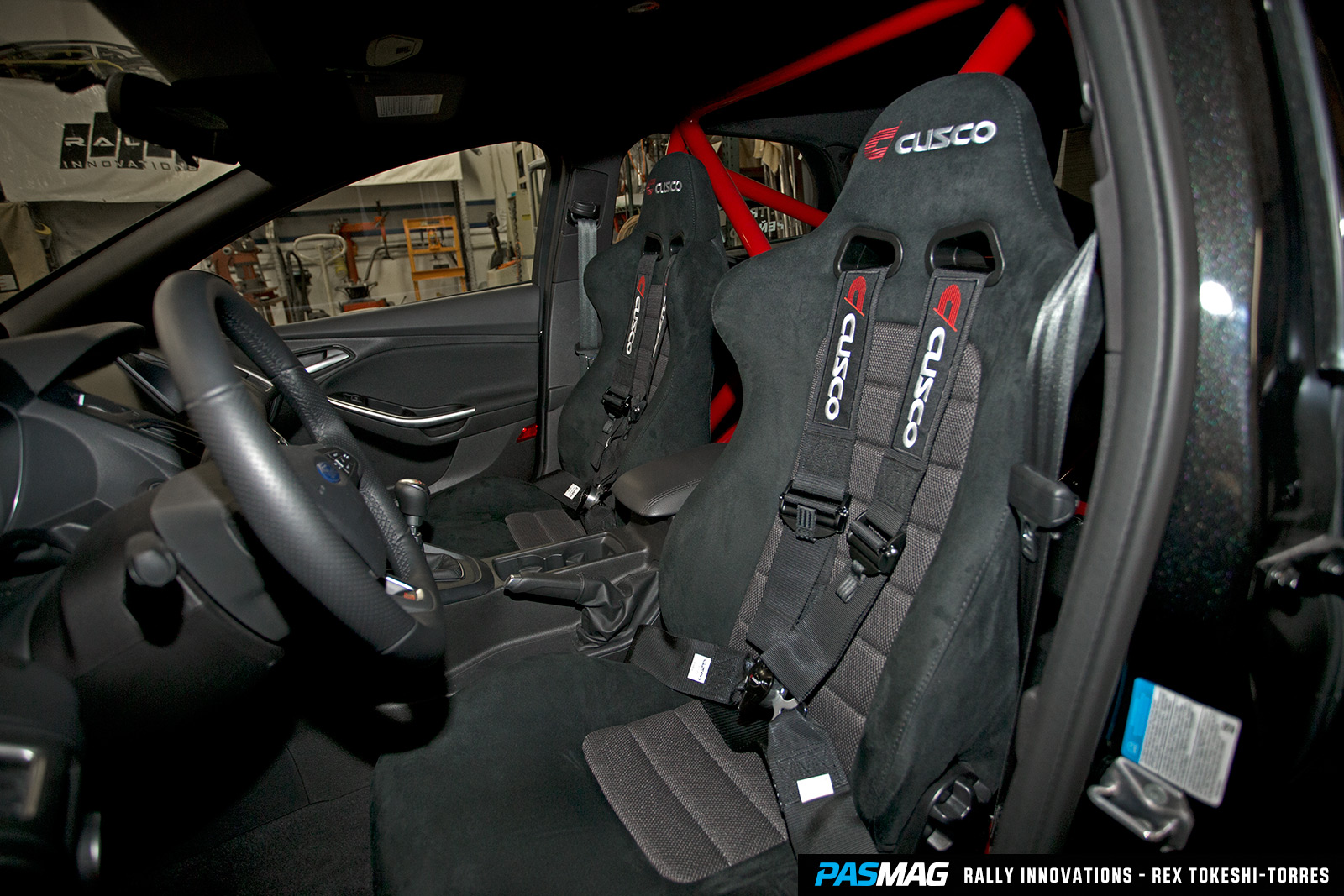 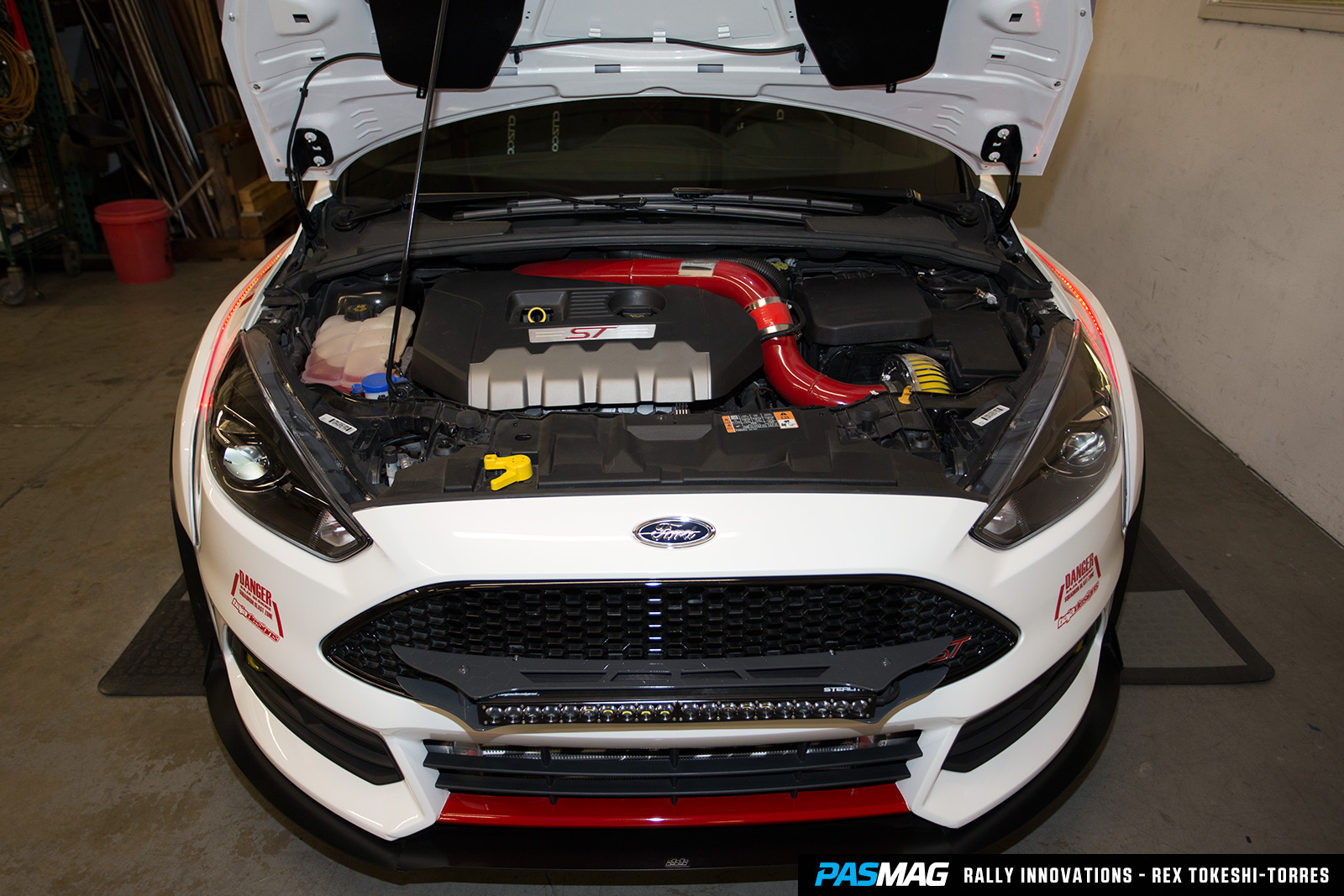 It really is all there. The raised eyebrows are the V-fin, and the painted middle of the front lip is the signature red goatee. The formed metal fenders are the shoulder and knee armor, while the vented hood is the chest ventilation system. The rear hatch spoiler could even be the flight system backpack. There are hidden engravings of the Red Frame's face all over the place as well, like on the brake rotors and the rear seat delete panel. All exposed hardware on the fenders and spoiler are hidden to produce more of the model kit aesthetic – the fenders are even slightly gapped from the body to show off the red LED lighting that emits from underneath.

One would think that pitching a domestic car with heavy Japanese anime styling to a domestic vehicle manufacturer would be problematic, but Peñano says that a design pitch has never gone that well.

“This was the first time that we’ve ever rendered something, and the manufacturer didn’t want to change it at all,” he laughs. “Even throughout the build, we tried to show them different renderings and they kept saying 'no!' The car ended up being about 90 to 95 percent faithful to the rendering.”

While being faithful to the rendering, the Focus also needed to be faithful to the mobile suit’s speedy and athletic purpose. To be light on its feet, a set of Rays Gram Lights 57 Xtreme wheels are bolted on underneath RS-R’s Sports-i coilover suspension in a 19x8.5 square setup and wrapped in capable Nitto NT555 tires. The propulsion system is made up of a COBB Accessport V3 tuner and GReddy’s Airnix intake system and 24LS intercooler kit.

The pilot’s cockpit features a custom four-point roll cage by Rally Innovations with Gundam shields laser-engraved into the metal. Bride and Cusco teamed up on the limited Euroster II+C seating arrangement, which straps the operator in with Cusco four-point harnesses.

So, did Rally Innovations achieve their goal of building the Gundam of Ford Focuses? Fantastic SEMA attendee feedback and a Project Excellence Award from Ford would confirm that to be true. Capturing the essence of a high performance mobile suit in a domestic platform is a huge challenge, but Rally Innovations pulled it off like they were engineers from the Cosmic Era. Maybe in a different timeline, they’d be working on developing the next generation of mobile suits. 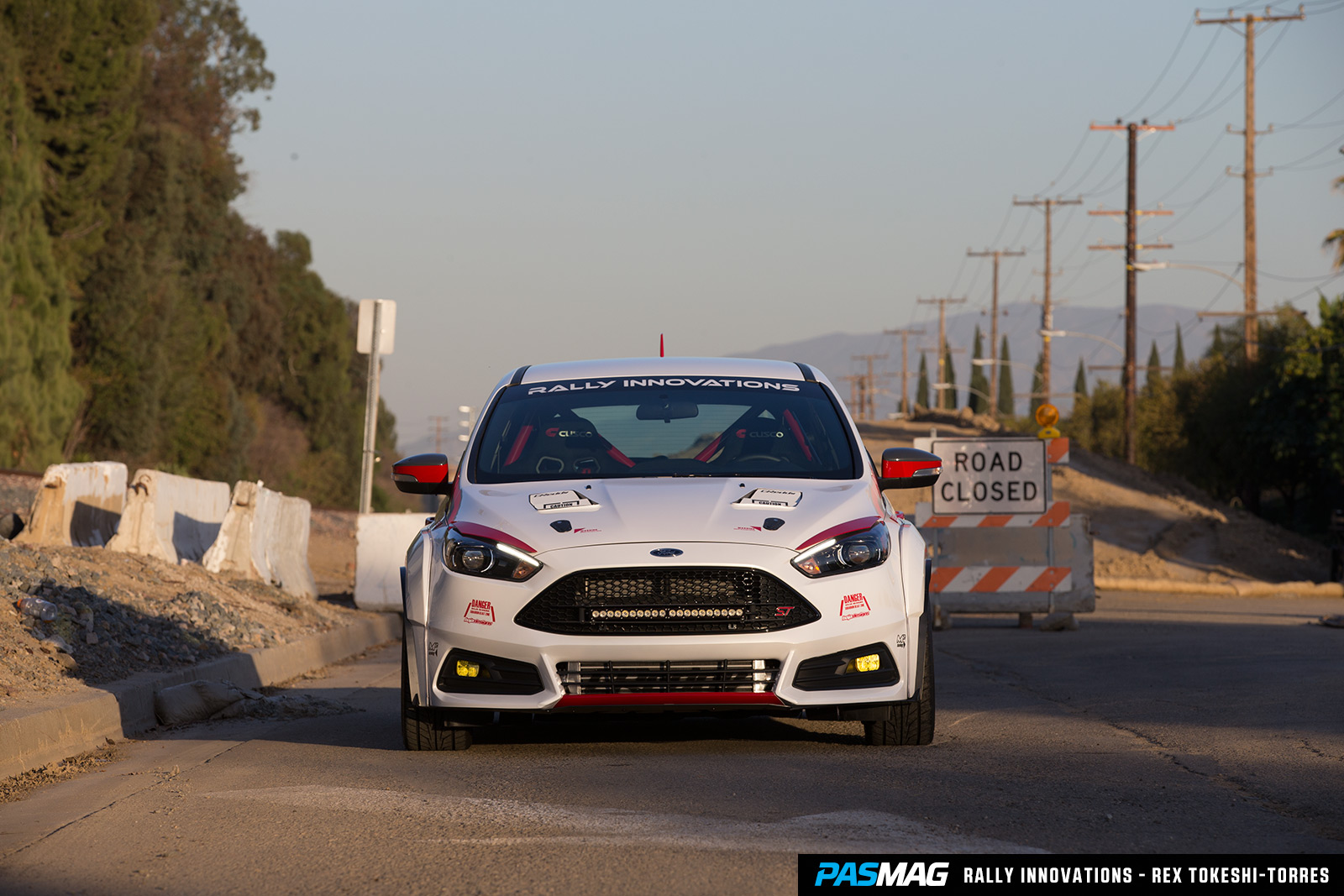