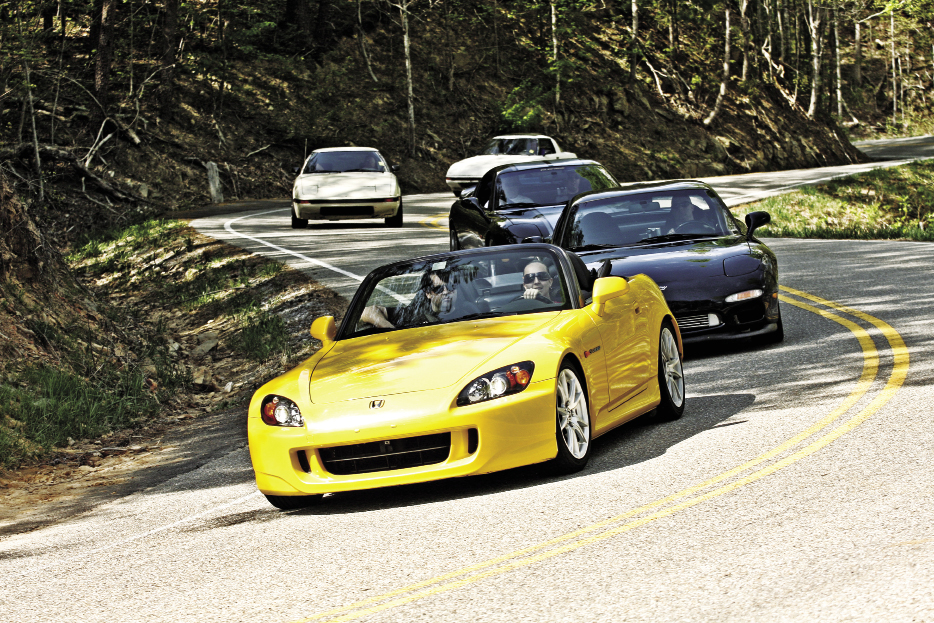 The coilover marketplace has indeed become a very crowded one. It wasn't so long ago that there were only a handful of JDM companies offering coilovers and the European applications were both expensive and in short supply. It is well known that many JDM coilovers were quite often private labeled by other manufacturers behi 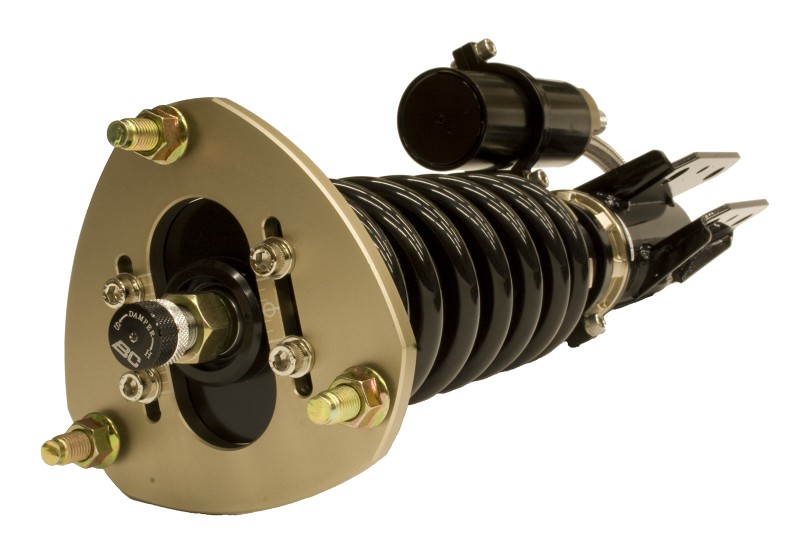 nd the scenes, considering Swift Springs of Japan supplied the coil springs to virtually all of the well known brands.

With so many options available, it is imperative to separate the men from the boys when it comes to making your ride more agile. Don’t be fooled by pretty anodizing and sponsored product on cars that only require coilovers to lower the ride height for the next show ’n’ shine. You need a coilover that boasts innovative technology, a solid warranty and one that is proven on the track.

BC Racing is one of the new players on the scene that can offer all of those things and more. They stormed into SEMA, taking over a booth that was previously occupied by a premier JDM manufacturer and made a huge splash with their extensive product line and impressive show cars. We visited BC Racing in Casselberry, FL to speak with owner Pete Melian about his products, see the facility and test out BC Racing products.  "BC Racing’s mission is to provide capable coilovers that give maximum performance at an affordable cost." Said Melian. "If you want to know more about them, you have to drive on our flagship line, the ER Series on your S2000"

At first glance, the appearance of the coilovers is very attractive. With a black anodized body  complimented by brilliant gold anodized aluminum collars and fitti 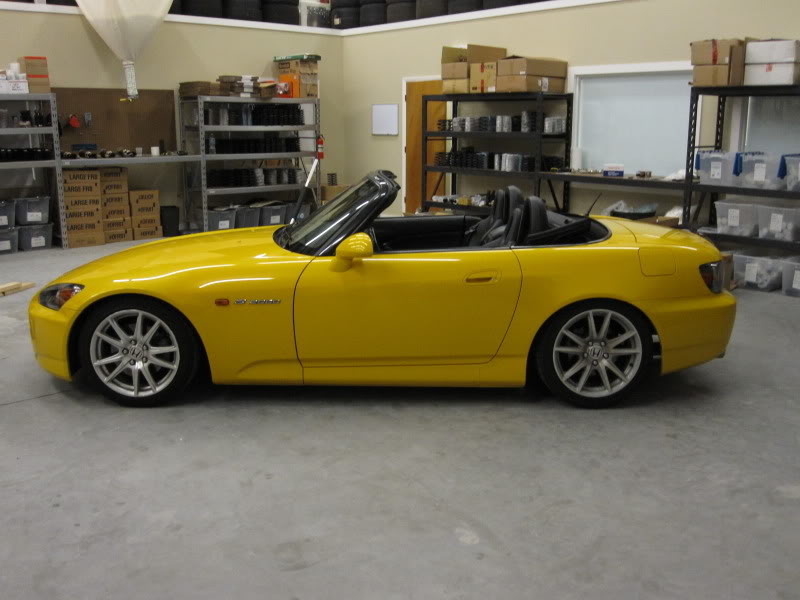 ngs, these BC Racing coilovers would ramp up the look of any undercarriage but the design is more than just good looks. The ER Series is a superior mono-tube design which assists in both durability and heat dissipation with a large external reservoir on each unit. The external reservoir can accommodate far more oil volume than a conventional design thus allowing it to operate for a much longer period of time before overheating and becoming less efficient. The twin-piston design allows for 30-levels of independent compression and rebound adjustment and that theoretically equals 900-levels of adjustment. Most designs feature compression and rebound tied together, which doesn’t offer suspension tuners the high adjustability the ER Series boasts. The controls for adjusting the dampening settings are easy to use and, of course, easily accessible on the top of the damper for compression and on the bottom of the external reservoir for rebound. 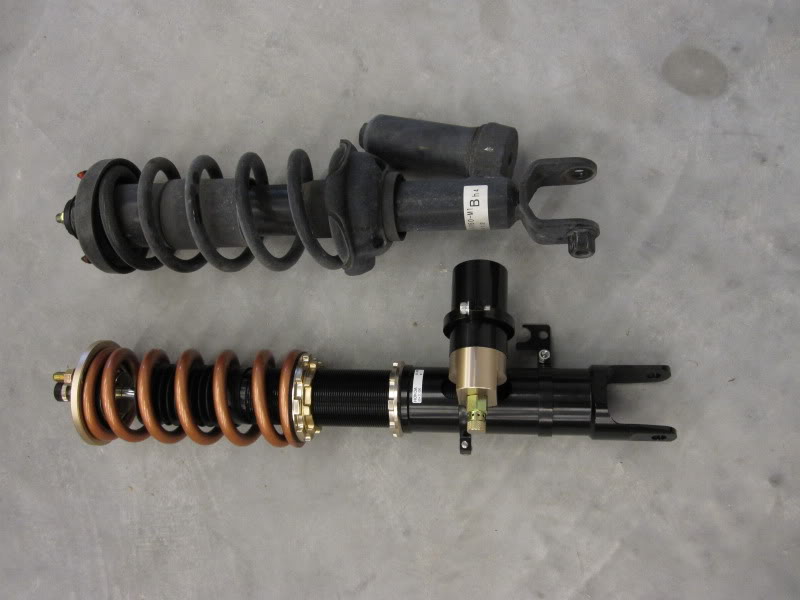 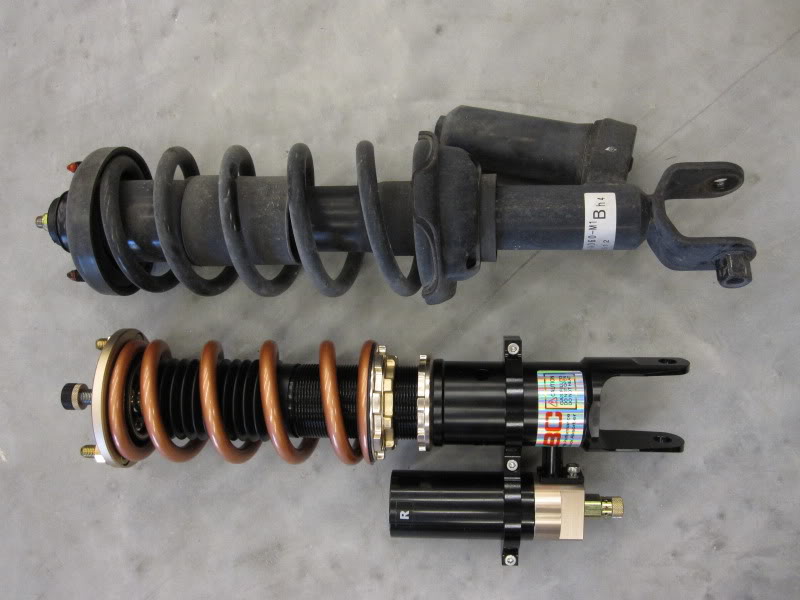 BC Racing has stepped up their game and now ships their product with coils from Swift Springs of Japan. They partnered with Swift because they have some of the best progressive-wind springs in the world and compliment the product very well. The spring rates can be ordered to suit your needs but the ERs for the Honda S2000 ship with aggressive 10kg / 10kg springs. Should users choose spring rates 4k higher (or lower) than the recommended setting, BC Racing will re-valve the dampers free of charge. The springs themselves feature a separate height and spring adjustment to maintain all the handling properties regardless of ride height setting. We took the car to the Salerno Auto guys in Casselbury, FL who run a Spec Miata car for an alignment to achieve a balance of handling and decent tire wear.

All good in theory but we wanted to put these coilovers to the test. And not just any test but the craziest road in the USA, the Tail of the Dragon in North Carolina. The mountainous ribbon of road boasts 312 turns in 11 miles and demands your undivided attention. One mistake or equipment failure on these turns could be catastrophic but the S2000 on BC Racing coilovers was unstoppable. Through the turns, switchbacks and cambered goodness, the S2000 was an absolute weapon carving it all up at impressive speeds with ease. The BC Racing coilovers were taut and provide loaded loads of control with th 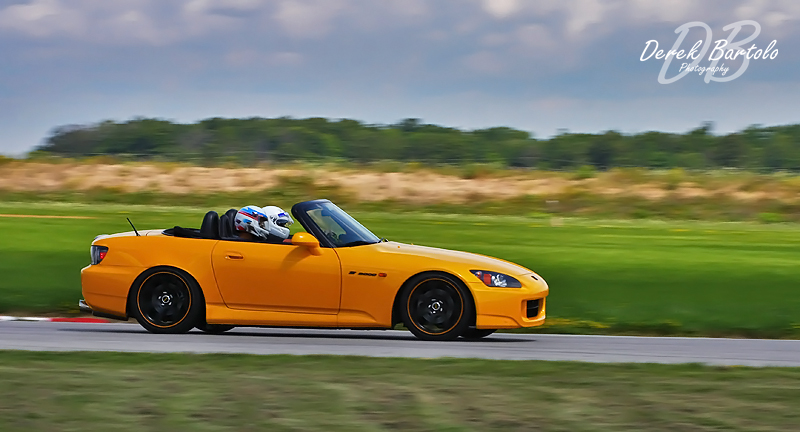 e 15-compression and 12-rebound settings we opted for. Yet at the same time, the springs were comfortable on the street and any bumps were easily absorbed. At the end of 2 days running up US129 and surrounding roads, we were impressed and there were several compliments from those following the S2000 trying to keep up with it in the twisties.

The BR Racing ER Series is a flagship coilover designed for the enthusiast who wants to fine tune their driving for aggressive street or heavy track duty. The features engineered into the ER Series will take your handling to the next level for many years to come. BC Racing backs their products for a whole year against materials and workmanship defects and will replace defective units - hassle free. Should your BC Racing coilover ever lose performance outside the warranty period, they can be rebuilt by qualified the techs at the company’s Florida-based headquarters. BC Racing coilovers are also offered at a very competitive price point, far less than similar products.