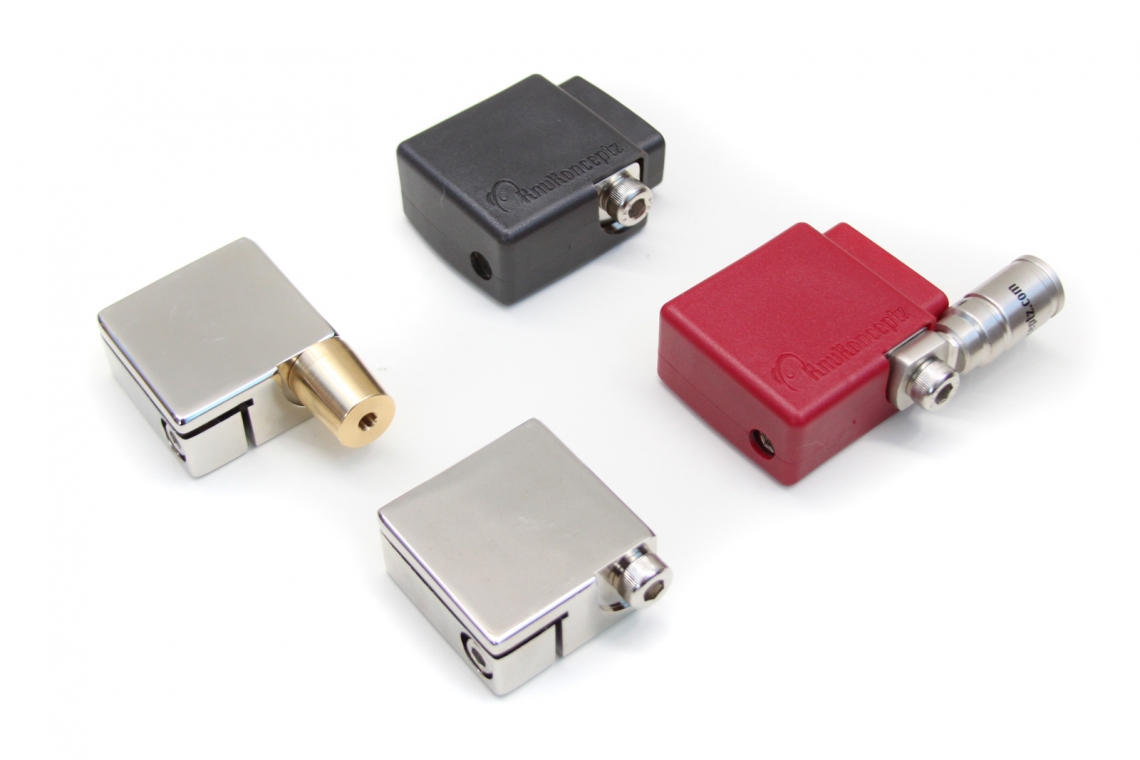 Good sound starts at the battery. Getting the current to your amps is all about the best connection: read how Knu Konceptz is making the most of your power supply.

Your battery is the heart of your cars electrical system, and wires? The wires are every bit the arteries – but there is one vital – and often trivialized - component in between them:  the terminals. Your terminals are more than shiny connectors, sitting on your battery.  Often, they are the “weakest link” in the path to your amplifier, without your even knowing it.

Your terminals have to be the most conductive, durable, heat resistant and weather resistant products in your entire audio system. Oh – and they have to actually fit under your hood.  That isn’t always the case, and you almost always find out the hard way – after you’ve bought them.

“The concept around the UBT was to integrate the OEM battery terminal, in case it was a lease or you weren’t comfortable removing the factory terminal and crimping a new wire on” says KnuKonceptz President Bill Greenberg. “Not everybody has the right tools to safely attach wires properly. Using a pair of pliers isn’t ideal, and not everyone has a hydraulic crimper to attach a 1/0 or 4 AWG terminal. You don’t have to worry about the car failing because of an improperly terminated factory battery terminal.”

The terminal is made to SAE specs, which prevents accidentally using a positive terminal on the wrong battery pole (by making them different diameters). The terminal holds 1/0, 4 gauge and 8 gauge wires with set screws, plus a ring terminal port on the side.

The port is notable, as it doubles as a side-mounted top post adapter. For people that are leasing a car or simply do not want to part with the factory terminal/wiring, the adapter is used to side mount the connection. In addition to the convenience of that connection, the side-mounted nature of the adapter ensures that the hood will never hit the post, no matter how close it is to the battery.

Cross-threading and over-tightening the set screws are among the most common installation issues when getting a battery terminal to stay on a post. With many competitive products, you’re in for some serious work to fix the problem, if your overly-enthusiastic screwdriver brings the installation to a grinding halt. Pun intended.

If it happens, settle in.  It’s going to take some serious time trying to remove the bolt – or worse – you may have to drill out the bolt. The odds you are going to replace the entire terminal – assuming you can get the terminal off the post in the first place. KnuKonceptz uses brass pins, inserted through the bottom of the terminal to connect with the bolt, making repair quick and easy if a pin requires replacement. Problem solved.

If you want to understand Knu’s priorities, all you have to do is look on the UTB web page. “Our top priority was a bulletproof battery post clamping system that would never fail.” This combination of low clearance height (barely 1” with the cover on), expandability and – of course – conductivity makes it an obvious connection to consider.

Once you’ve read over the KnuKonceptz page, watch the incredibly practical video review of the UBT terminal in action on Car Audio Fabrication’s YouTube Page.