Heise has meticulously designed the bulbs to optimize the LED position in order to maximize the headlight housing optics for both projector and reflector systems. The result is a 16,000 lumens solution that is 260% brighter than other LEDs, using only 70 watts per set with a running temperature of only 115 degrees F. By running much cooler than traditional LED bulbs, the Pro Series has an increased lifespan compared to others on the market. “The majority of failures with LED replacement bulbs come from not wicking the heat away from the LED chip. The faster a bulb can get the heat away from the LED chips, the longer the lifespan will be. In our new design, the copper substrate is very efficient at moving heat down through the heatsink and then to the fan away from the chip,” says Jason Anderson, VP of Product Research and Development for Metra Electronics 12volt brands. “When compared to two popular fanless LED bulbs on the market that are less than half the brightness of the Heise Pro Series, their internal running temperatures were significantly higher, at 160 and 170 degrees F,” says Anderson. “Heise’s new LED bulbs are much brighter, run cooler, and will last longer,” he added.

Heise’s Pro Series bulbs feature a 2mm solid copper thermodynamic core, all-metal construction for the build material, a rotatable collar for beam pattern adjustment, instantaneous full lumen start-up, an IC thermal controller with a high-speed smart fan, built-in reverse polarity protection, and a side-cable connection for slimmer installation. A built-in EMI filter prevents the bulbs from affecting the vehicle’s radio reception and they will work with Heise’s existing CANBUS decoders, which, depending on the vehicle, may be required to stop the flashing of headlights or the “lamp out” message in the instrument cluster (sold separately). Due to their intense brightness, these bulbs are for off-road use only and not for use on public roads. 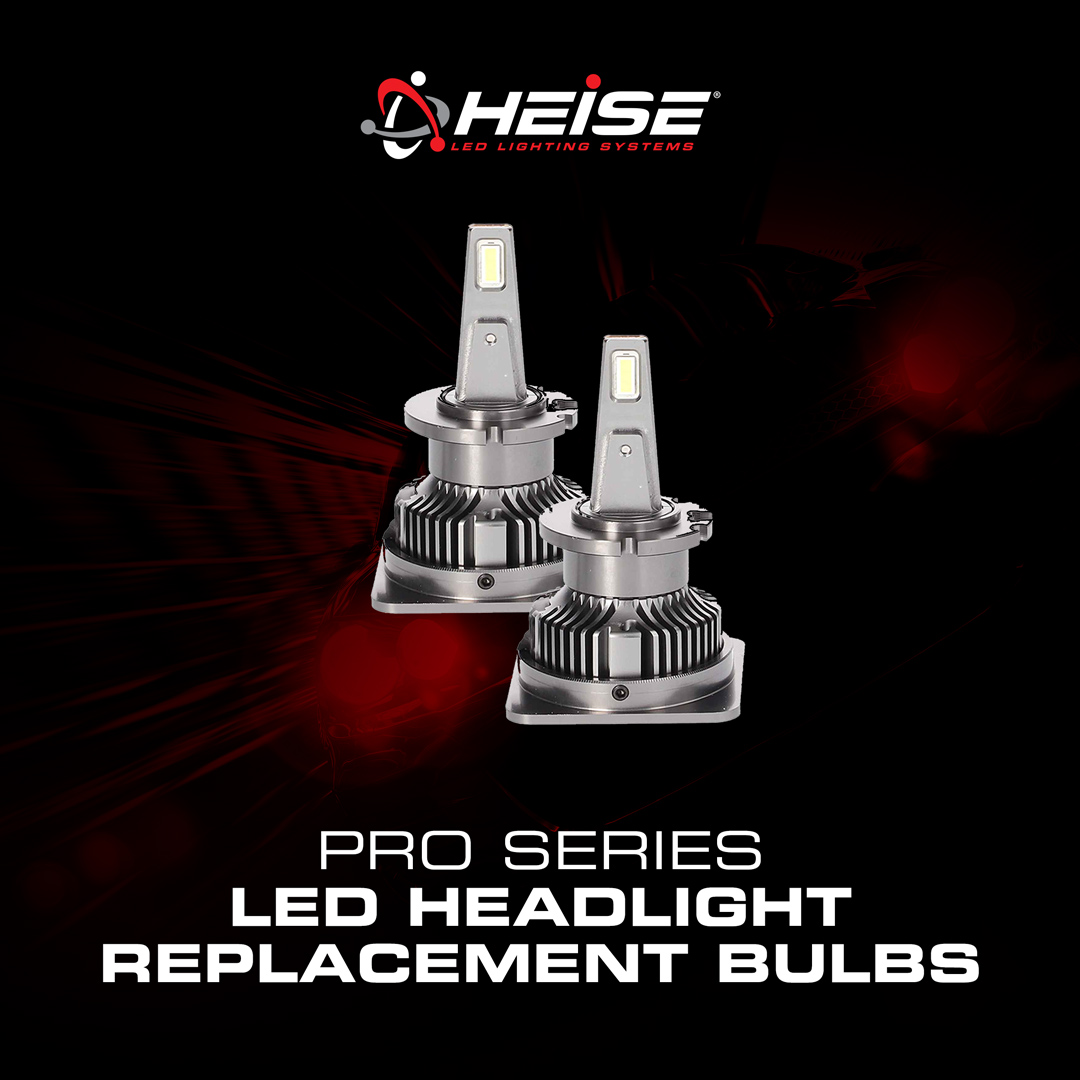 HID to LED Conversion:  At the base of the HID to LED conversion bulbs, there is a “C” designation in reference to the unique collar design that allows the bulb to be properly keyed into projector “S” housings and reflector “R” housings. The bulbs accept a 12-24V DC and are connected to the input connection of the factory ballast.

These solutions are in stock now and come with Heise’s 3-year warranty. Installers can visit HeiseLED.com for up-to-date, vehicle specific information and installation instructions. 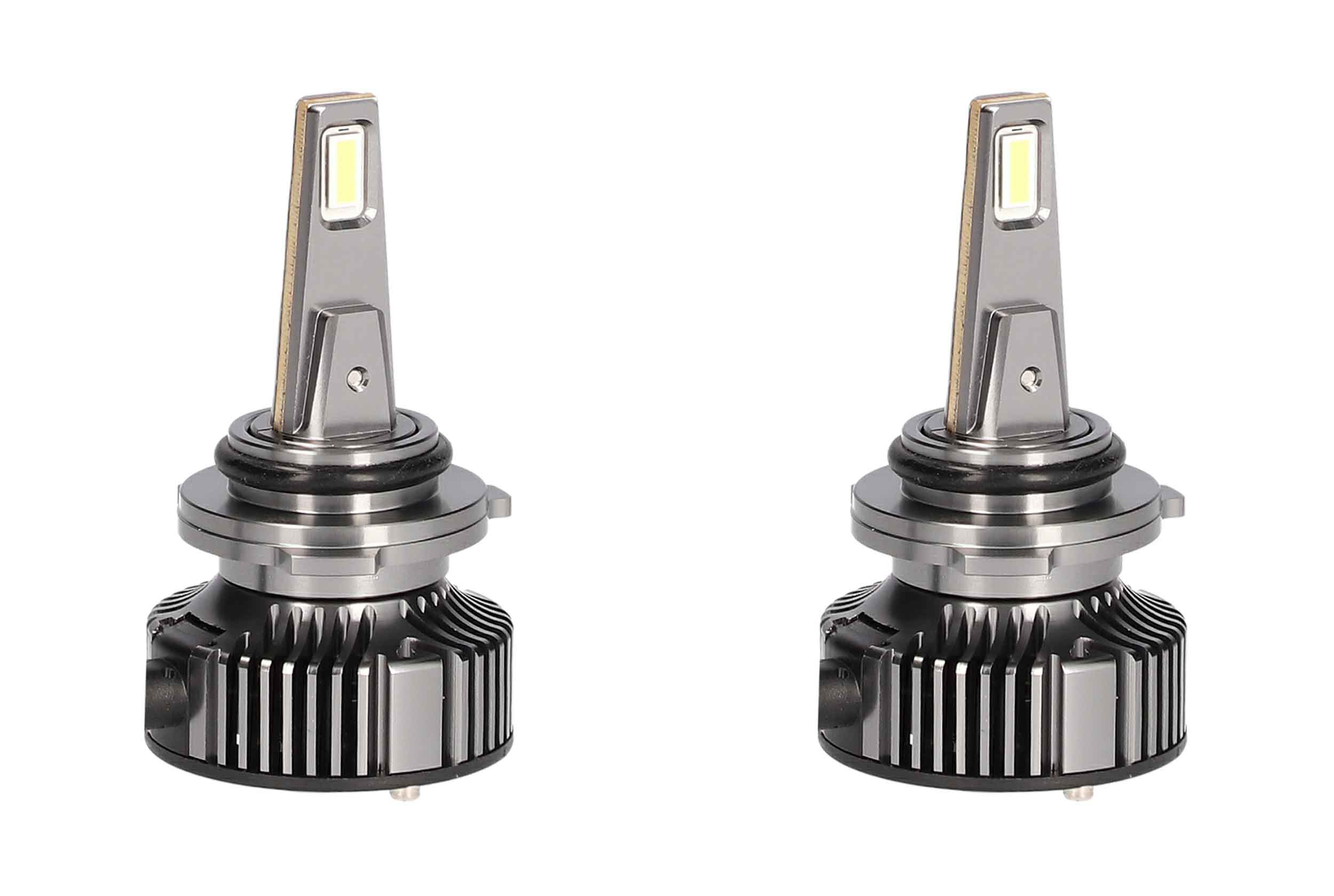 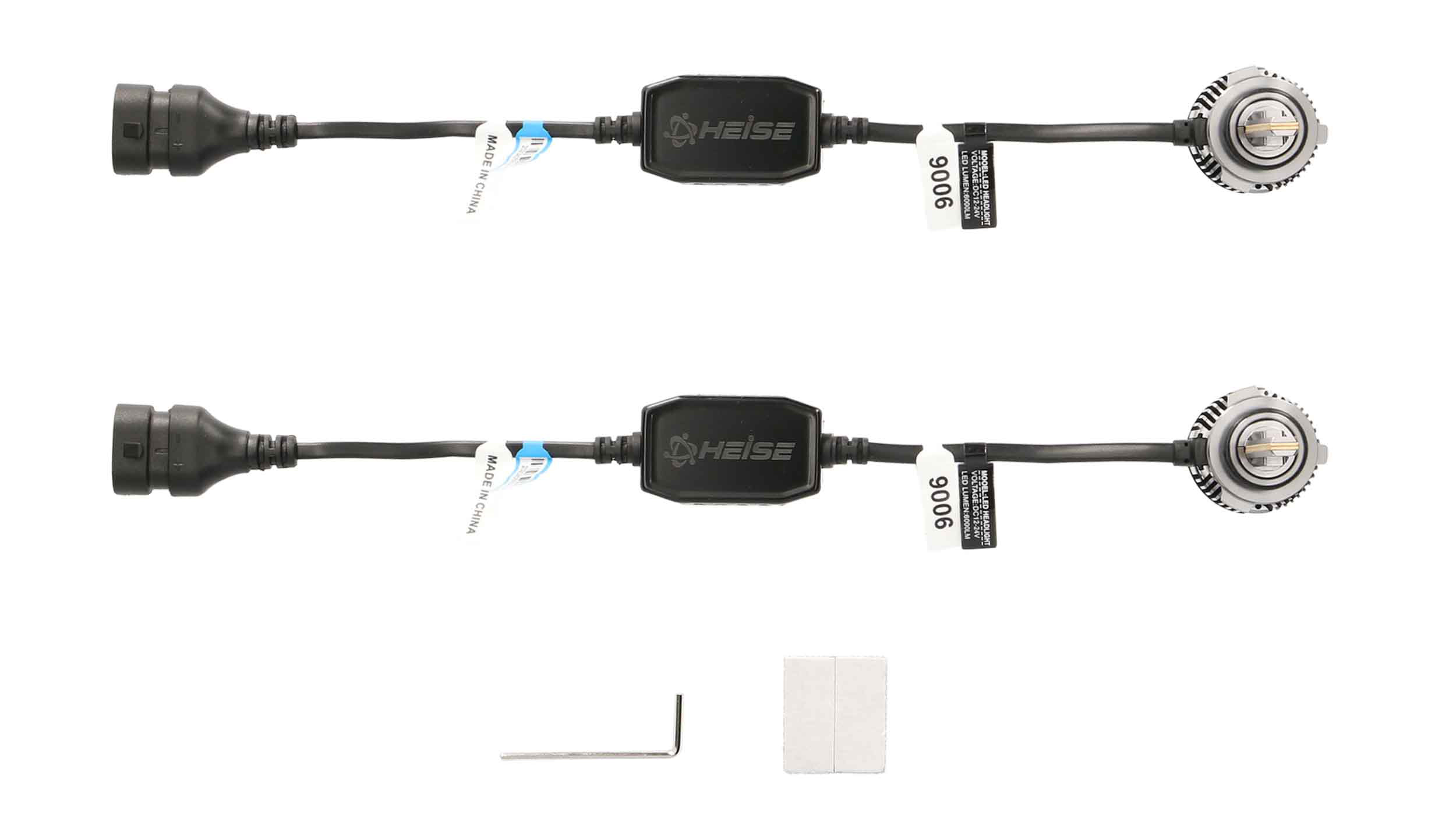 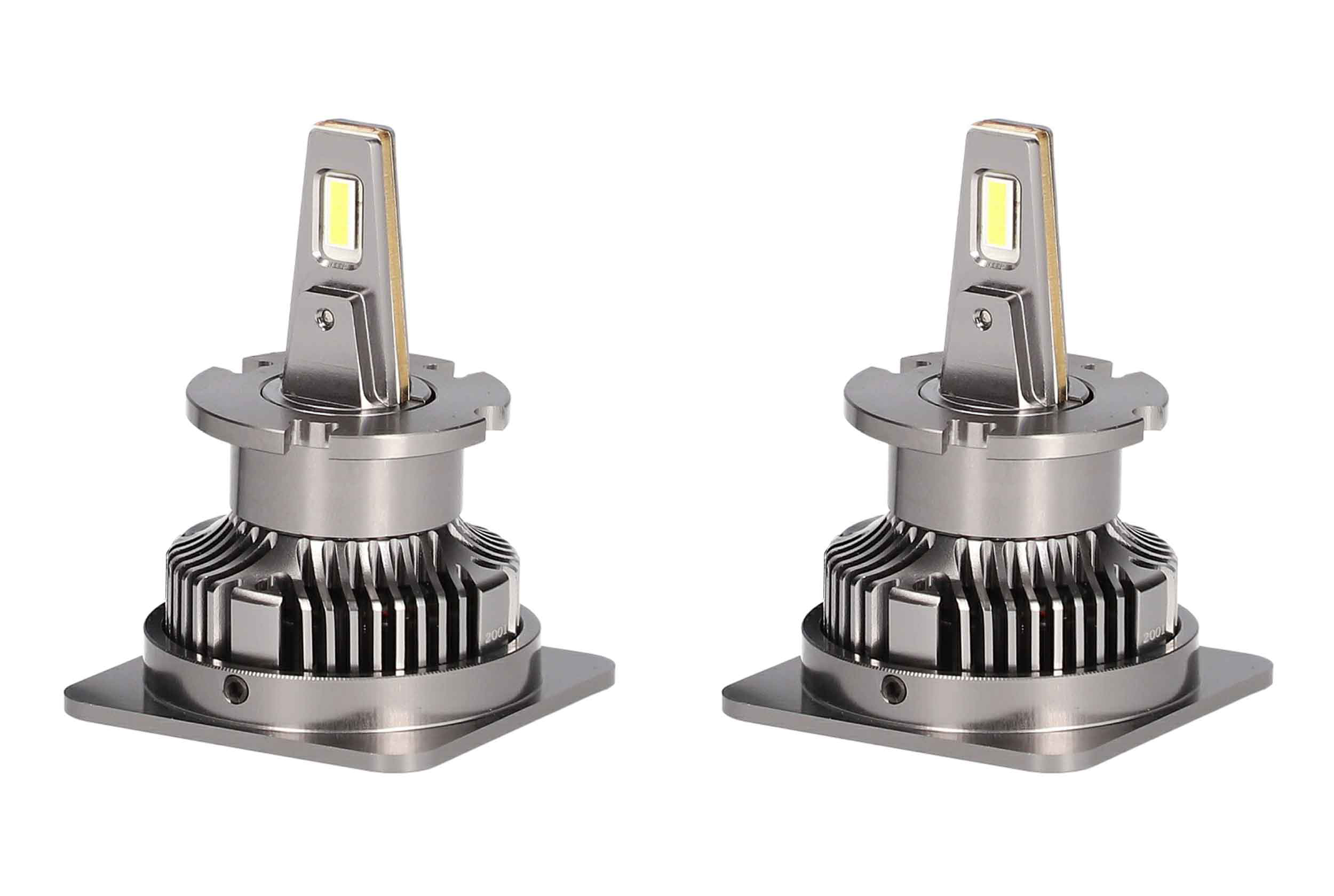 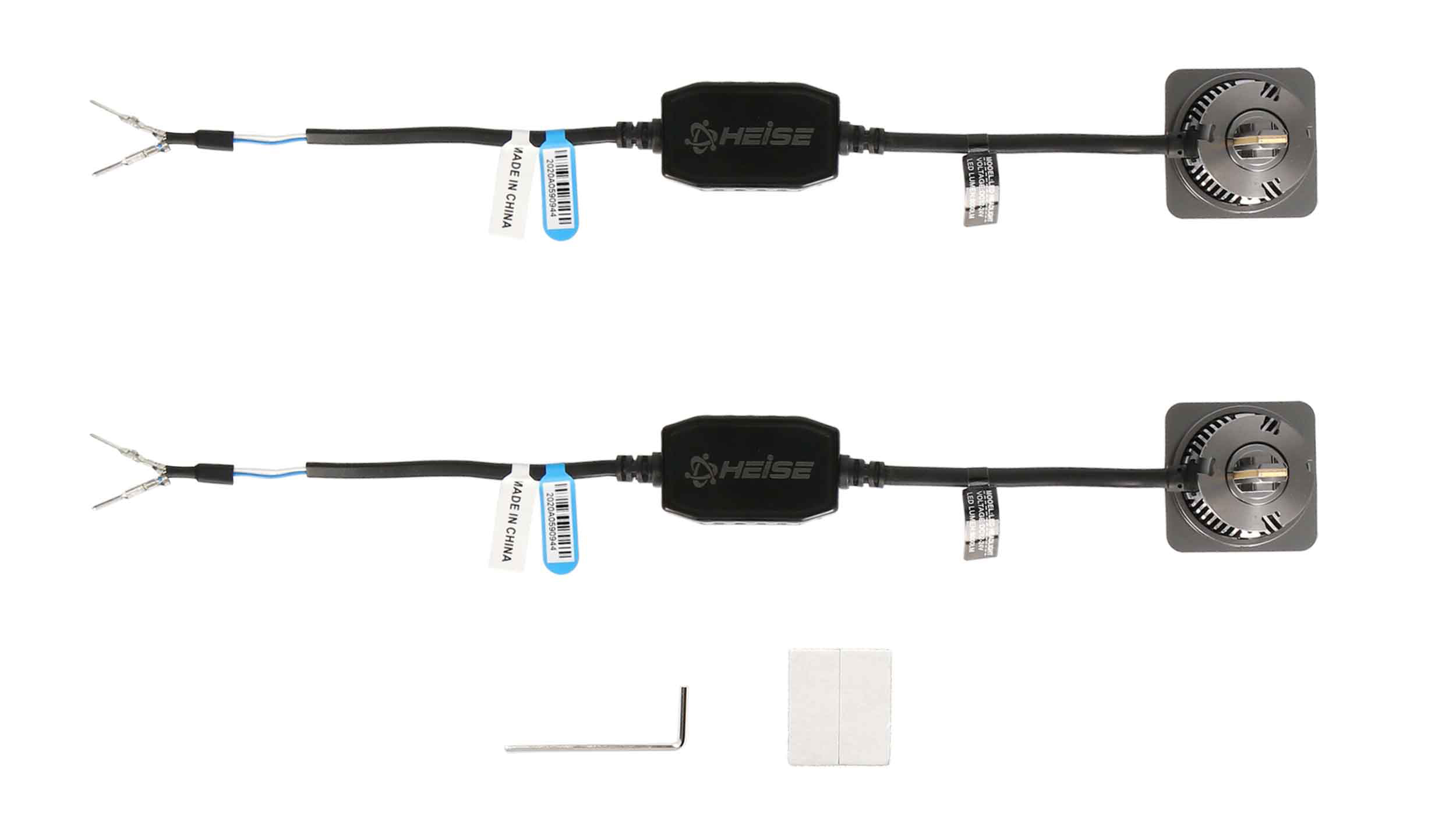 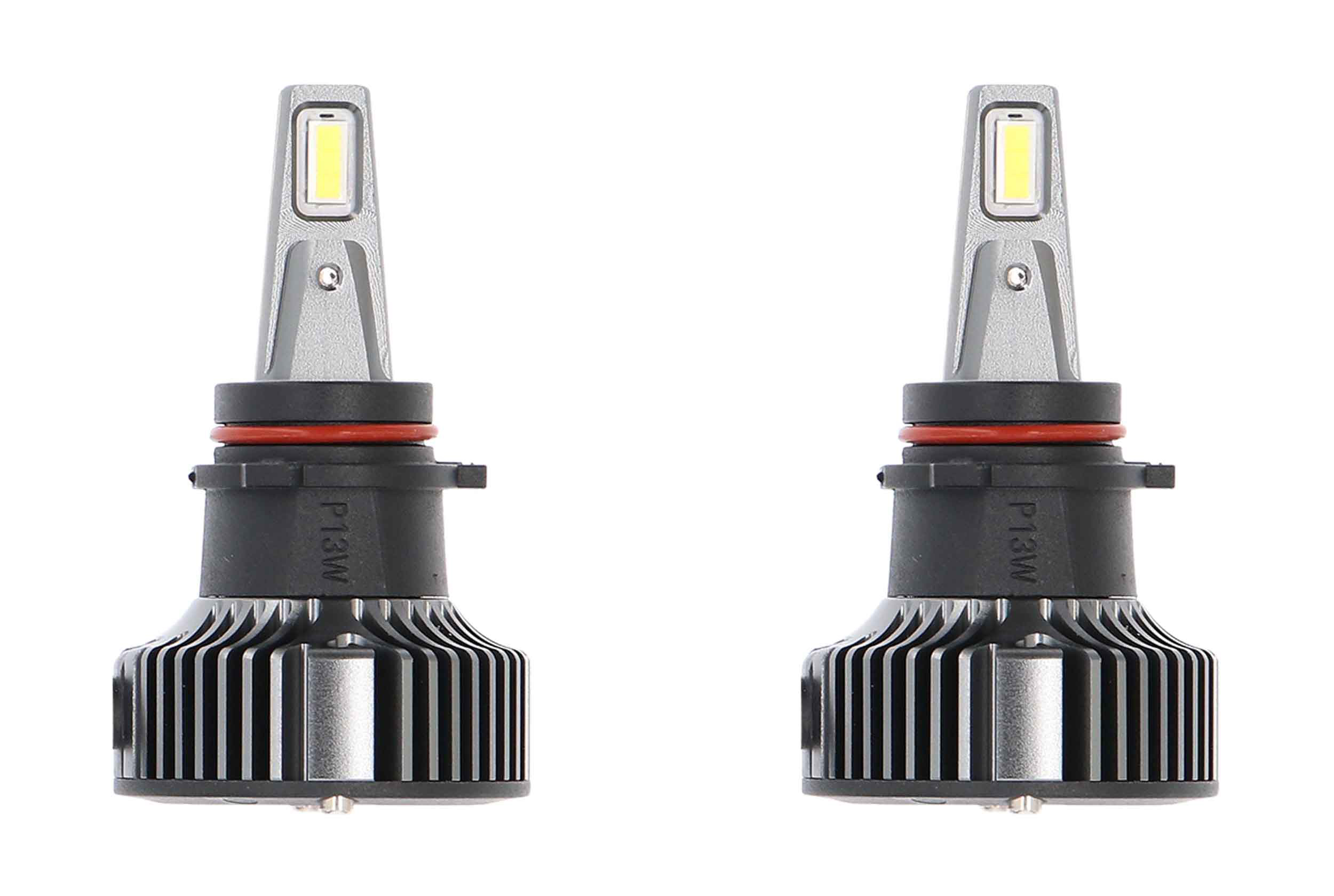 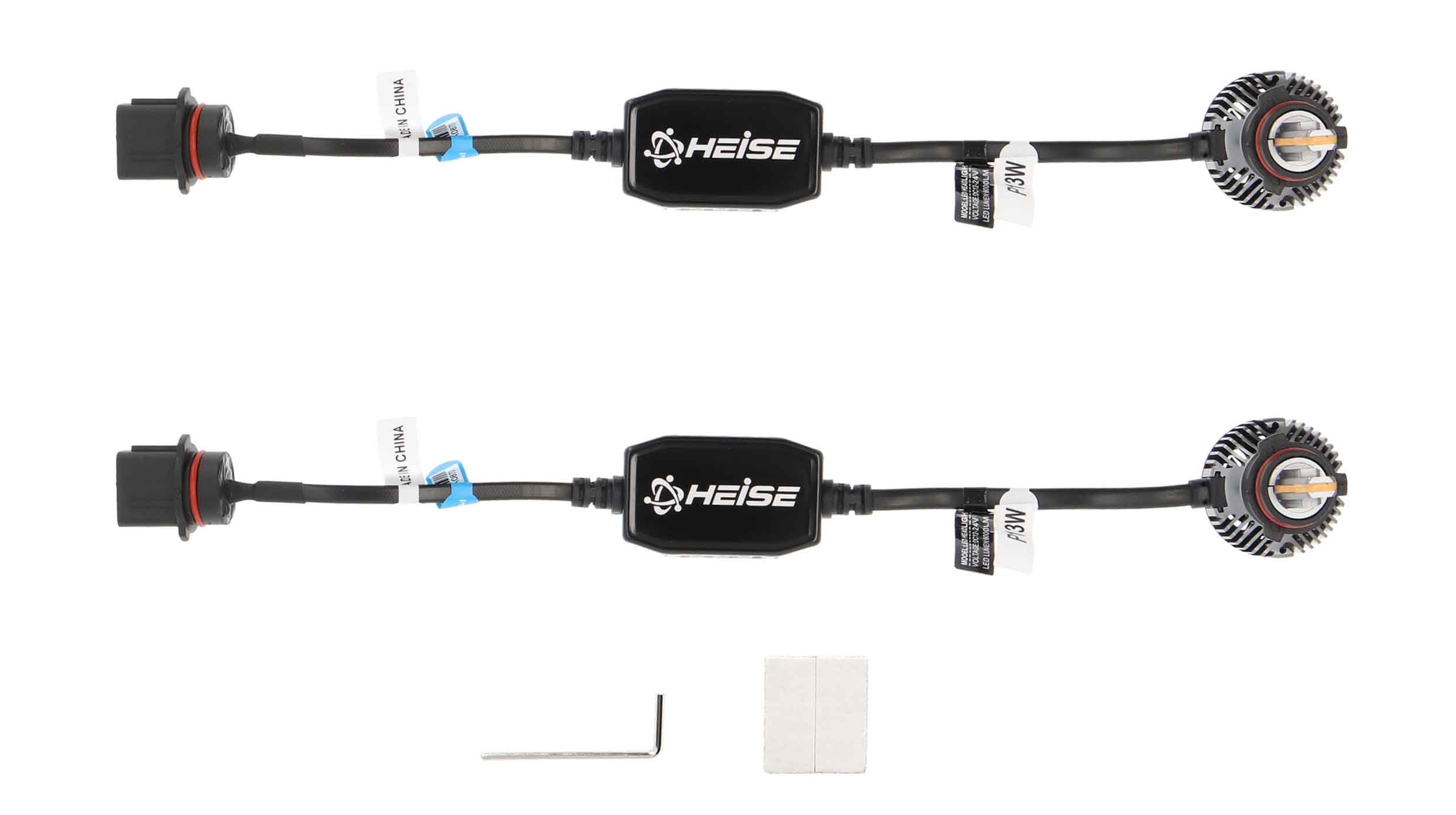