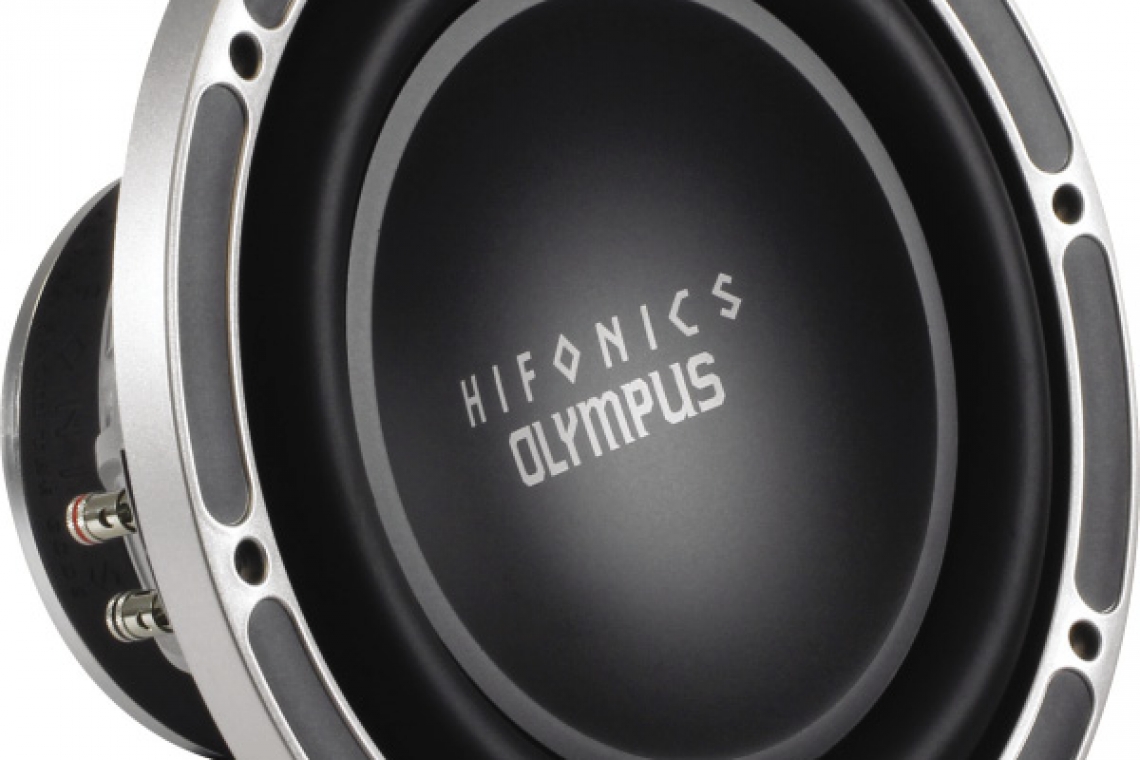 Mount Olympus is the tallest mountain in Greece. Home to the 12 Olympian Gods in Greek mythology, setting for many mythical tales and a highly-regarded symbol of power and reverence, Mount Olympus is said to have been impervious to wind, rain and cloud.

Hifonics Mt. Olympus series subwoofers command a similar respect as they are also highly-regarded for their high-output performance and power handling. It's been almost five years since I've had a close look at a woofer from this series, so thanks to Maxxsonics' Chris Parvin, I've got a 12-inch version of the brand new venerable OLM1600D2 woofer. 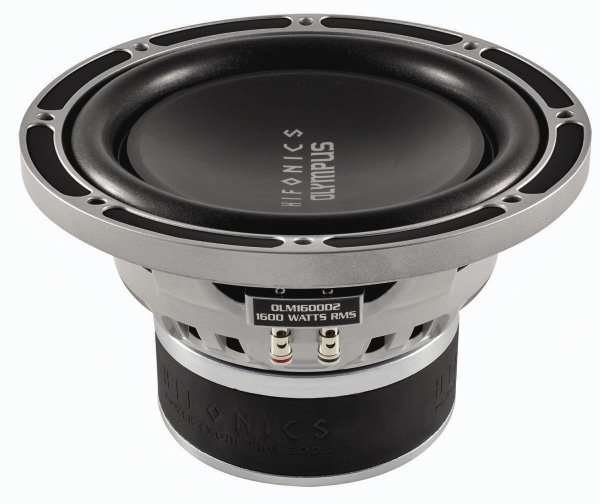 The OLM1600D2 has changed significantly from the chrome-plated version I tested back in 2007. The new woofer is a more serious, purposeful-looking driver incorporating improvements in performance and reliability. It features dual two-ohm voice coils, which permit a final impedance of either one or four ohms, if you use parallel or series wiring. Of course, you could choose to drive the coils independently using two separate channels of amplification as well, which is what I'm doing in my listening session.

Built on a rugged and extremely strong cast aluminum basket, the first impression when looking at the OLM1600D2 is, “Whoa, this thing means business!” The fully-vented basket isfinished in gloss silver-gray powder coat with a custom-tooled rubber magnet bumper that wraps flush around the circumference of the magnet for good looks and protection.

Looking at the face of the woofer, it uses a large one-piece polypropylene dust cap, which basically covers the entire surface of the pressed paper cone. The result is a lightweight, rigid and very strong cone assembly – exactly what you want on a woofer designed to move some serious air and with a power rating of 1,600 Wrms.

Anchoring the outer diameter of the cone assembly to the periphery of the cast aluminum basket is the job of a uniquely-designed foam surround that relieves stress at the surround/cone junction without limiting excursion. The outer edge of the surround is sandwiched between the basket and permanently-affixed trim ring. This is an interesting way of attaching the surround and effectively eliminates the possibility of the surround detaching under extreme conditions.

Shifting my attention to the underside of the cone, the business end of the woofer is equally as impressive and well-made. A huge 182-ounce high-energy Ferrite motor assembly provides the magnetic energy to drive a massive three-inch high-temperature voice coil that's wound on an aluminum former to maximize heat dissipation. The coil and former assembly connect to the bottom of the cone via a specially-reinforced cone/neck joint, which not only provides important support to the bottom of the cone, but also ensures the highly-stressed junction remains in one piece even when the woofer is driven to its considerable limits. Dual spiders are employed to provide the proper compliance to the driver's suspension and to keep the voice coil precisely-centered in the magnetic gap of the fully-vented pole piece. 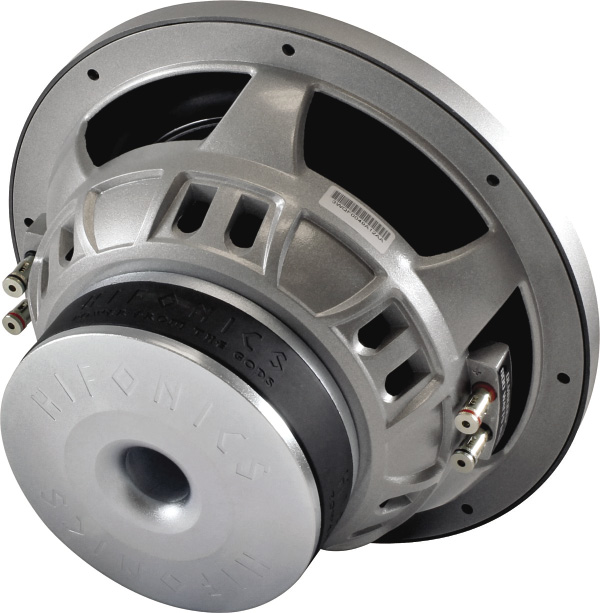 After getting a good look at how it's built, I'm excited to get it into my listening room. And, after the woofer is exercised and allowed to break in, I can get an accurate opinion of the woofer's sonic performance as well as get true Thiele-Small measurements when my listening is complete.

The OLM1600D2 owner's manual indicates it can be used in an average-sized sealed enclosure, so that's where I start – mounting the woofer in a 1.3 cubic-foot enclosure and connecting it to my reference system – but, because the OLM1600D2 is designed for incredibly high power handling, I substitute my normal 1,000-watt sub amplifier for a Hifonics Colossus, which is delivering over 1,100 watts into each two-ohm coil. With more than enough power on tap, I'm ready to experience the power of the Gods.

I begin with some Loverboy – a old favorite mainly because of the late Scott Smith's awesome bass playing – and the results are impressive to say the least. On a bit of a classic rock kick this day, I pound the system through tune after classic tune from the Rolling Stones,  Rush, Supertramp and The Who to Pink Floyd, Traffic, BTO and even some Sugarloaf. You simply haven't experienced classic rock until you've listened to “Don't Call Us” with a couple of thousand watts of power on the bottom end!

Throughout my listening, the subwoofer is tight and articulate. It has all the bottom end I could have ever wanted. However, it's clear the woofer does like to be fed plenty of clean power, so this woofer is not a good choice for use with a small amplifier. I'd suggest you have at least 800 watts of good clean power available to fully realize the potential of the OLM1600D2 sub.

The owner's manual also suggests a vented enclosure with at least 2.25 cubic feet of volume. At just 1.8 cubic feet in size, however, my largest vented box is too small (by a full 20 percent actually). I opt not to do the woofer any injustice by putting it in an enclosure this small. There's no doubt in my mind the efficiency gains typical of a vented enclosure will translate to even more fun with the Mt. Olympus woofer with an adequately-sized enclosure.

PERFORMANCE / BENCH MEASUREMENTS
After cooling the woofer overnight and removing it from the enclosure, I measure the parameters. My data is easily within the typical tolerances common in subwoofers and, interestingly, indicates the woofer actually has a bit of a preference for a sealed enclosure. This discovery perfectly agrees with my previous listening session, so I can wholeheartedly recommend this woofer for a moderately-sized sealed enclosure.

CONCLUSION
If you are looking for a subwoofer that will provide bottom end to your music with serious authority, handle a ton of power and perhaps allow you to indulge in the occasional SPL match, the OLN1600D2 woofer could be just what you need. It's built to take a ton of abuse and provides excellent quality bass.