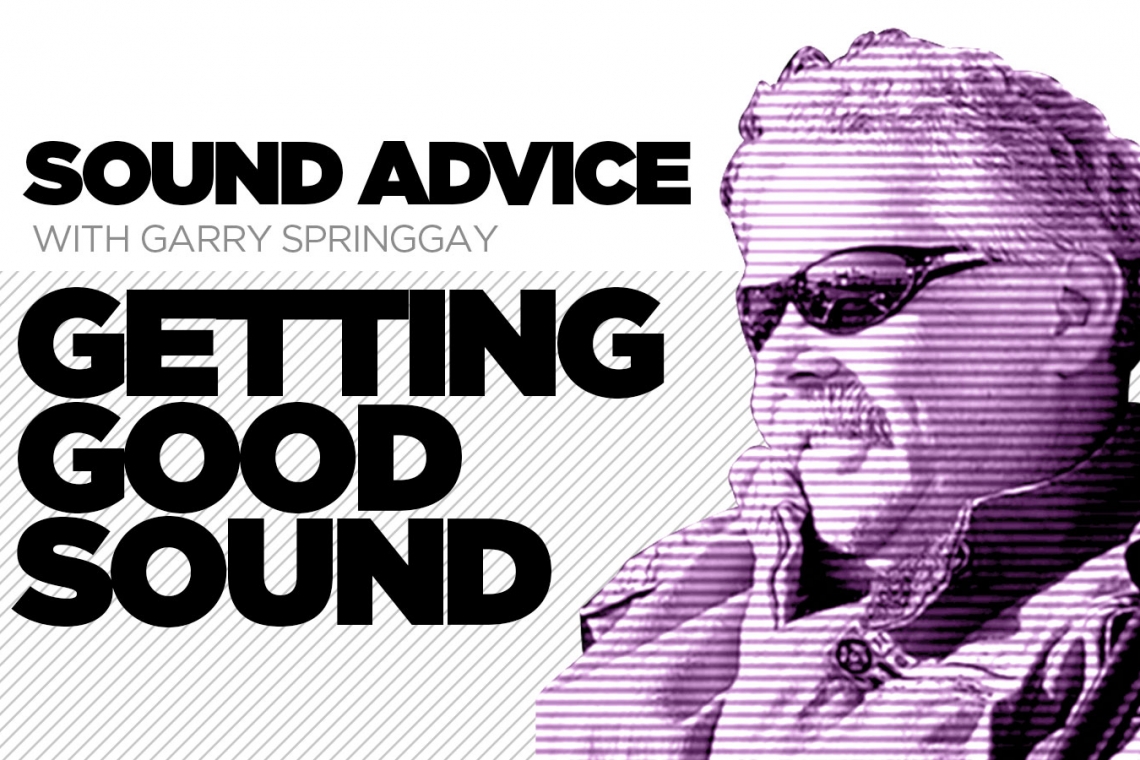 In-home and in-car are not equal.

Good sound. Those two words mean something different to almost everyone. And depending on your personal definition, achieving it in your car might not be too difficult, or it can seem virtually impossible. This article will explain why.

From a purist’s point of view, a stereo system should reproduce the original performance as accurately as possible. Not just the quality of the sounds from each instrument, but also the stereo image that provides an indication of where each performer is on the stage.

In a home stereo, this is a lot easier to achieve for several reasons. First of all, the stereo in your living room doesn’t have to overcome road and vehicle noise. Secondly, you can arrange your speaker placement and seating location so that you can listen from a point roughly equidistant between the two speakers, which is the single most critical factor in achieving some semblance of a real stereo image. Although it may sound contradictory at first, the most difficult thing a stereo system does is create the illusion of the lead singer being right in the center of the stage coming from a point directly between the two speakers. If a system can do that with some realism, obtaining the rest of the stereo image comes naturally.

To create that elusive phantom center, several things need to happen. First, the sounds coming from the speakers need to be equal in amplitude (loudness) as well as phase (arrival time). Then you need to be seated at a point that is about the same distance to each speaker, and have both speakers aimed toward your head. Ever wonder why smaller home stereo speakers use stands to raise them up off the floor? It has nothing to do with cosmetics ñ it’s in an effort to get the sound at ear level.

Now, let’s look at this problem in your car. Assuming you don’t drive a McLaren F1 with a center seat, the above ideal scenario is almost impossible to achieve in a typical car. Yes, there are all sorts of DSP devices that can adjust arrival times to compensate for poor listening positions, but remember: if you apply correction for one spot, it makes it even worse everywhere else.

For readers who have built cars that compete in SQ contests and are judged on staging and imaging, you’re forced to use kick-panel speaker locations, or perhaps special waveguide-style, horn-loaded drivers. Either way, you are faced with a ton of custom fabrication and endless hours of tweaking, only to be eventually forced to settle for the best possible compromise. For this reason, I don’t endorse trying to achieve home audio type stereo imaging in a street driven car.

Rather than trying to re-invent the wheel, I focus on designing and building a car audio system with exceptional clarity, detail, accuracy and dynamic range. If a car sounds realistic in these aspects, the lack of a great stereo image can more easily be overlooked.

To create a good sounding system with great tonal accuracy, natural timbre and clarity, there are several critical steps. But before getting into how, it’s important to know what you are listening for. In my opinion, thanks to compressed music and computer and cellphone speakers, fewer people ever really experience good sound. If you think your laptop or earbuds sound good enough, you have no idea what you’re missing!

TONAL ACCURACY
This is the system’s ability to faithfully reproduce the sound of the recording overall. The better it is, the more realistic it sounds. It also includes often overlooked, but critically important things like ambience and space. When you hear the music, can you close your eyes and imagine being at the performance? Do you get a sense of how big the room was where it was recorded? You should.

So, how to create this sonic nirvana? First, you have to design the system with speakers you really like the sound of. Sound is a very personal and subjective thing, so what is perfect for one person may not be another person’s choice. If you have read any of my speaker reviews, you may recall that I always encourage people to audition new speakers with some familiar music before buying. Secondly, the speakers need to be installed properly and rigidly mounted and located where they can be best heard. Don’t mount your speakers to plastic panels that will vibrate along with them. In my vehicles, the speakers are mounted on rigid Baltic birch or coated MDF baffles. When you reduce sympathetic panel vibration, you increase speaker output and eliminate resonances in the car itself.

If you have a car where the factory locations are low in the doors, and the speakers basically play into your legs, you will want to consider a component system that allows you to raise the tweeter up so you can actually hear it. On the other hand, you might have a car that places the speakers closer to your ears and directly toward your ears. In that case, a point source coaxial speaker could provide the best performance and save you installation time. Some people prefer the sound of tweeters reflected off glass, while others avoid it at all costs. The best speaker for any given system will depend on the car and the listener. Experimenting with locations as much as possible (particularly tweeter locations) can dramatically improve the system’s sonics. I experimented for three days when I was deciding on the tweeter locations for my Corvette system build.

To improve clarity and dynamic range, you will want to reduce the interior noise as much as possible. Many companies offer damping materials specifically for this purpose, with the difference being dramatic. I have measured as much as a 10 decibel reduction in interior noise on cars that were thoroughly treated. Now, 10 dB might not sound like much, but think of it this way: for every dB of noise reduction you get, it’s equal to having one dB greater amplifier power. Here is a real world sort of example. Let’s say you have a system that produces 500 watts of power. If you can reduce the interior noise levels by 10 dB, it would be the same as adding 10 times the amplifier power, or going to 5,000 watts!

As you can see, there is no single correct formula for creating great sound in your car. But armed with an understanding of what matters and an idea of how to achieve it, you’ll be much further ahead than folks who buy their gear off the Internet with no thought to how it sounds or how it will work in their car.