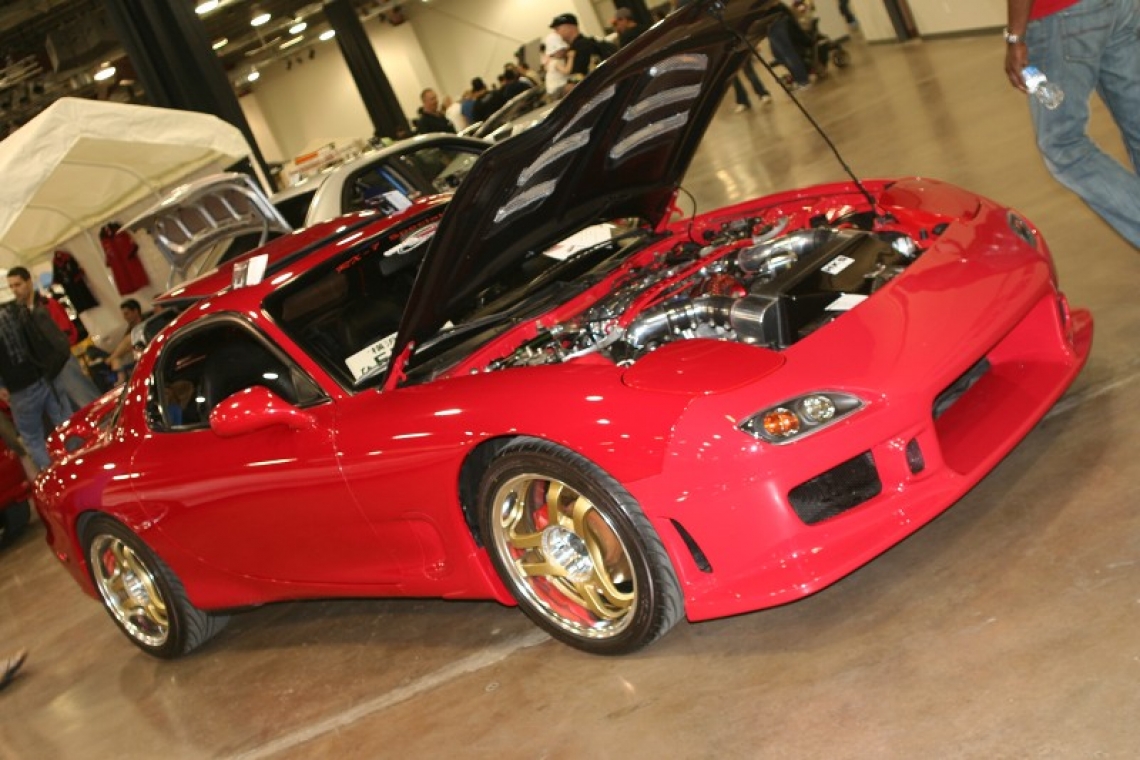 What do you get when you bring the hottest rides from Western Canada, loads of hot models and more entertainment than you can handle? Well, if you answered Driven Auto Culture then you were absolutely correct! Driven has been around for a number of years but with a new name and new programming, the show brings a number of elements that the Western provinces would have to see south of the border. Headlined by former PAS Cover Model Mercedes Terrell, the show drew in thousands of diehards for an unforgettable experience.

Right in the middle of boom-town Canada, Calgary, AB is home to lots of new money and the cars that they build with it. Dozens of exotics including Lambos, Ferraris and Mercedes were joined by armies of hot JDM rides. And not JDM look-a-likes but actual right-hand drives from Japan imported under Canada’s sweet import laws. Two of the areas top tuners, Auto Dream and SpeedTech brought out some excellent hardware including: S14.5s, S2000s and even some Supras. Popular Canadian internet forum Beyond.ca came out in force with a large booth space, free giveaways and imported Orange County model Mercedes Terrell to meet her fans up close and personal. She was joined by many smokin’ import models, who were more than eager to show it all off in front of the lens.

Beyond the eye candy (automotive and otherwise) the entertainment factor on this second of three stops was off the charts. A Miles Faber from So You Think You Can Dance Canada came out for some live performances. Then there was the Miss Driven show-down sponsored by Mobile Audio Concepts that got all the girlies on stage to get to know them better. The vendor midway was huge and everything you needed from parts to auto schwag was available for sale. There was also a videogame tournament that featured a variety of gamers competing for a $500 cash prize playing Street Fighter IV.