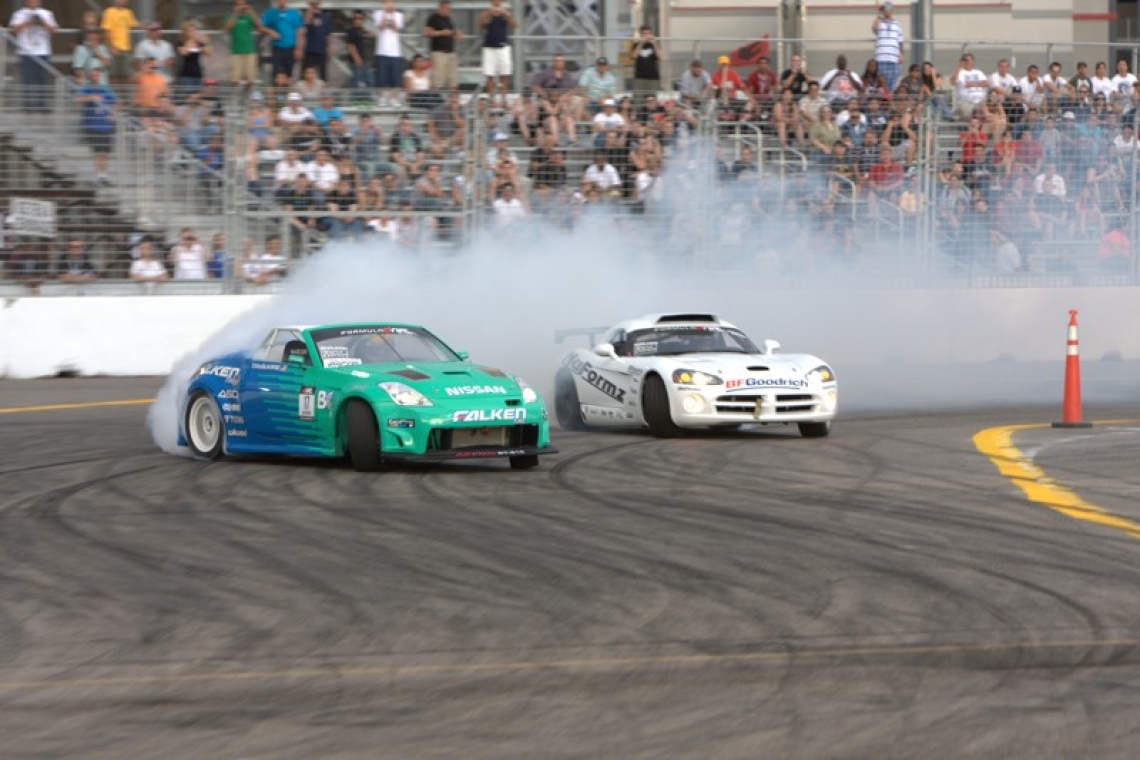 Perfect weather, custom built track in a city that is full of sinful pleasures how could an event not go off perfect in Las Vegas? It is for that reason Formula D has embraced the visit to the “Diamond in the Desert” for their now annual All In drifting event. It was certain to be a different event from Round 3 in Jersey. There would be no repeats of raining conditions and the chances that Team Falken would lay down a podium sweep would be in the millions.

In fact, the exact opposite happened when no Team Falken drivers would be walking away with hardware. Chris Forsberg in the NOS 350Z was able to oust Tyler McQuarrie in the Falken 350Z while on the other side Ryuji Miki slammed the door on Vaughn Gittin Jr. in the mighty Falken Mustang. With the Falken threat out of the way, it was time for the final to get under way. Tanner Foust in the Rockstar Scion battled Miki in the A’PEXi RX-7 with defending champion Foust sealing the deal. The last laugh went to Forsberg who was able to start leading the points as he chases his first ever Formula D championship.

Battle at the Border 2019: Season Opener at The Ramp
Photography by Pablo Colon (@fireblazinmedia) After having to postpone the show due to a thunderstorm and all-day rain in the forecast, car...