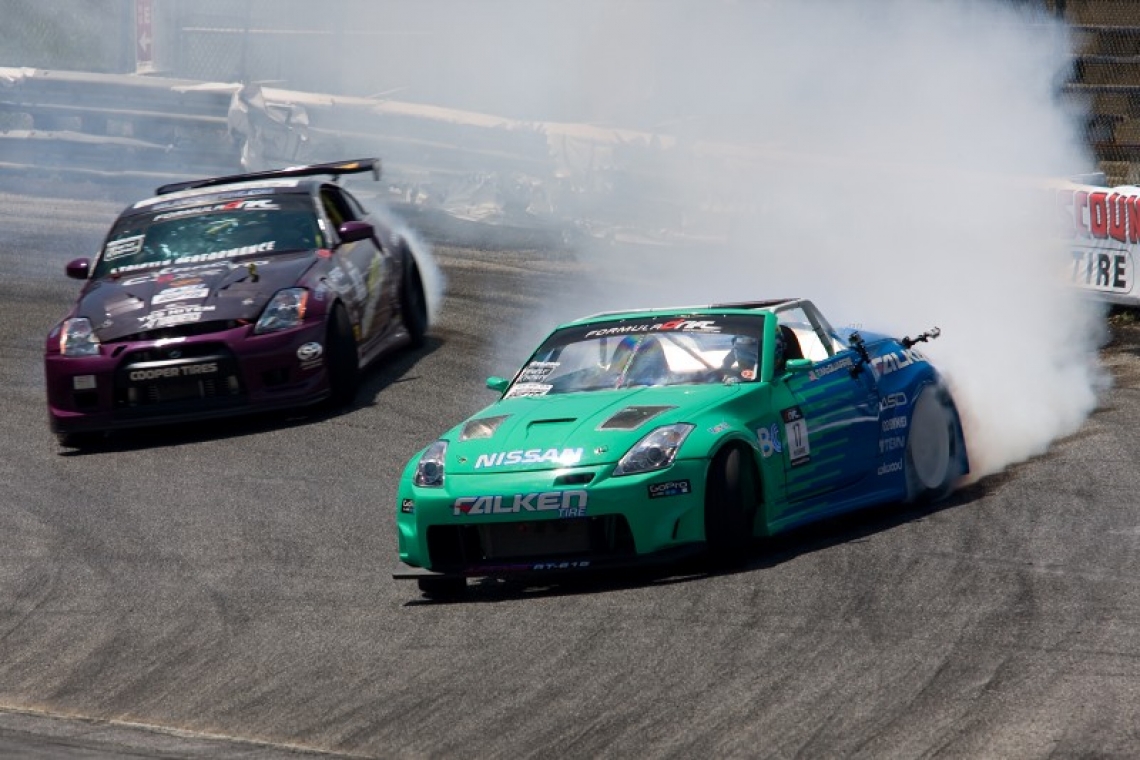 With two already successful events under their belt in 2009, the Formula D train charged into Jersey like it had no brakes left. Wall Speedway has been host to Formula D before but not on this grand a scale with more competitors than ever making the trip to The Gauntlet event. The weather however did not cooperate as days of rain left standing water on the track and fans wondering if they would see any action. By elimination time though, it was dry enough to get sideways and generate some smokey tandems. Would we see the continued dominance of former champions or would there be some surprises?  You bet there were because former champions: Tanner Foust in the Rockstar Scion, Samuel Hubinette in the Mopar Viper and Rhys Millen in the RMR Solstice were all absent from the podium – a rare sight indeed.

Team Falken’s years of drifting efforts have paid off in many ways but none more significant than at Round 3. Despite almost losing their star driver Vaughn Gittin Jr. to mechanical problems, the remaining members and their crew forged through everything the fierce competition could throw at them. In the end, it paid off in copious amounts of praise for the team as a whole with a first-ever sweep on a Formula D podium. Irishman Darren McNamara in the Saturn Sky won over teammate Vaughn Gittin Jr. in the supercharged Mustang who nabbed second. The third and final place would be decided in a heated tandem battle between young superstar Ken Gushi versus Tyler McQuarrie in the V8-powered Falken 350Z with McQuarrie giving it his all to make Formula D history.