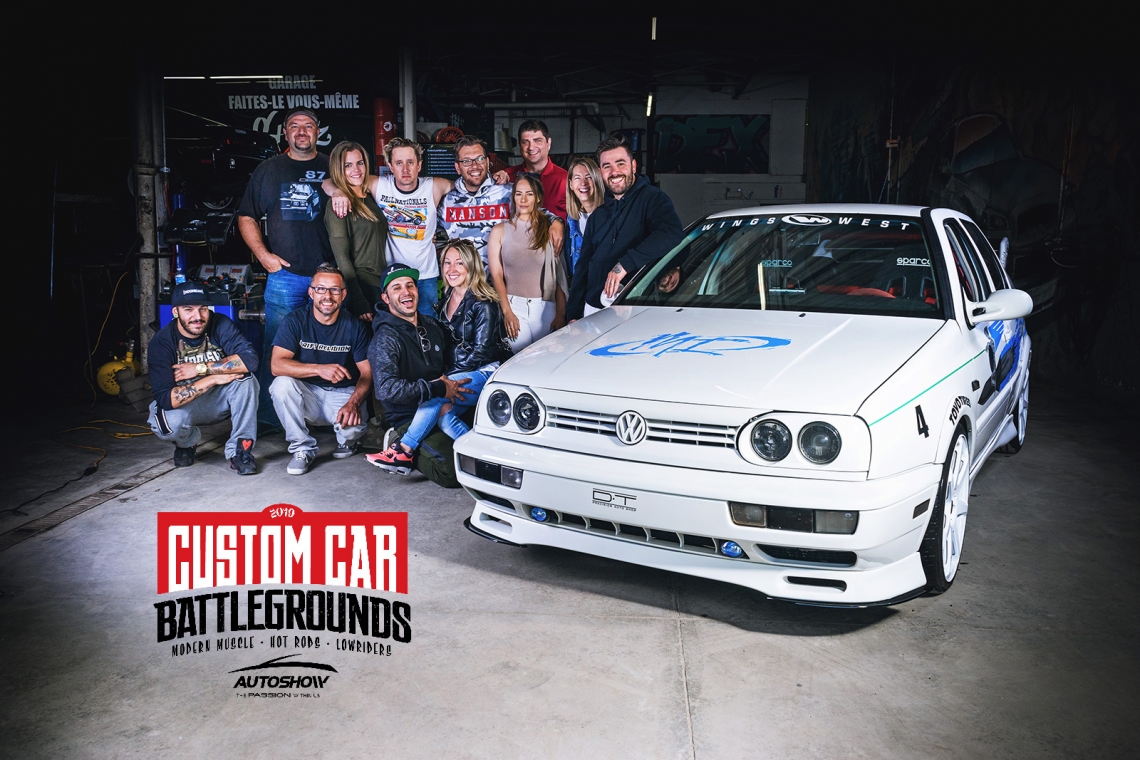 For almost as long as there have been cars on the road, enthusiasts have been tuning them up, adding some beef and tricking them out in an attempt to be the fastest down the street.

For the second year in a row, Performance Auto & Sound Magazine (PASMAG) will be celebrating these custom creations at the Canadian International AutoShow with Custom Car Battlegrounds: AutoShow Edition, a competition for modern muscle car, hot rod and lowrider enthusiasts. Website visitors will play a key role in determining the eight vehicles that will be showcased at the AutoShow in a special, bracket-style online knockout competition.

“The care and work that goes into every custom build is commendable, and those investing the time, effort and money deserve some recognition for their work,” says Tim Rutledge, Publisher of PASMAG. “Bringing Tuner Battlegrounds to the AutoShow was immensely successful for our Canadian fans last year, and we are excited to see the competition for votes in our second year as we launch Custom Car Battlegrounds. It is exciting to put the onus of deciding the winner on the automotive enthusiast, fans, patrons and the friends and families of the competitors.”

Located on the 700 level of the south building of the Metro Toronto Convention Centre, Custom Car Battlegrounds puts a $3,500 cash award on the table for the winning entry, plus passes to the AutoShow and runner-up up awards for the second and third place finishers of $1,000 and $500 respectively. Silverwax, a leader in automotive detailing solutions and products, returns for a second year to provide professional detailing products for the top winners of Custom Car Battlegrounds.

The competition is open to anyone owning a modified vehicle or the builders who modify them.

Online voting will begin January 29th until only eight vehicles remain. With those finalists on display at the AutoShow, voting will continue onsite until the Grand Champion is crowned on February 24th.

Custom Car Battlegrounds is the latest competition from the publishers of Performance Auto & Sound (PASMAG). Celebrating its 20th Anniversary in 2019, PASMAG has been a leading curator of modified car culture in print, online and social channels for more than two decades. Building off the success of the first six seasons of Tuner Battlegrounds, Custom Car Battlegrounds expands the field of cars and owners who can compete for votes and the chance to be featured in print and online.

About the Canadian International AutoShow
With more than 650,000 square feet of exhibits, displays and attractions at the Metro Toronto Convention Centre, the Canadian International AutoShow is not only the largest automotive expo in Canada, it is also the country’s largest consumer show — a leader in lifestyle, technology and all things automotive. It boasts more than 1,000 cars, trucks, SUVs, concept cars, exotics, classics, muscle cars, fully electric and autonomous vehicles each year.