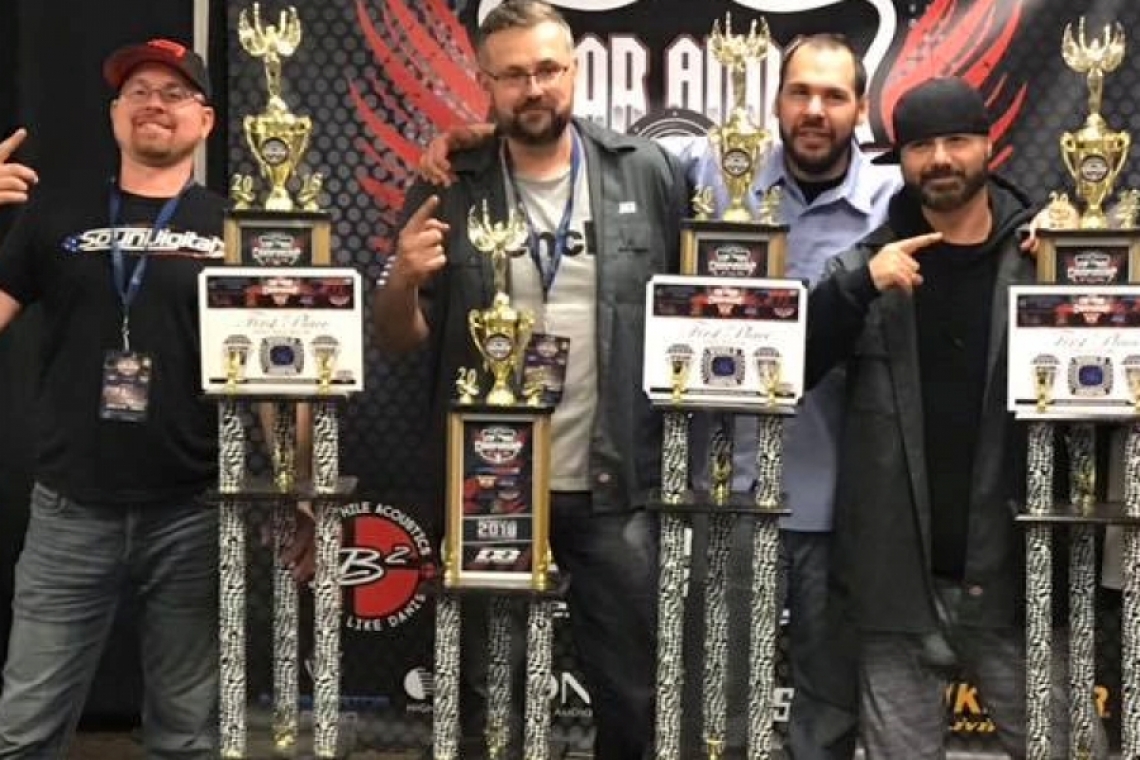 The team finished in first place in 3 competition classes

American Bass sponsored competitors participated in the dB Drag Racing World Championship in Louisville Kentucky. dB Drag Racing is the premier sound competition association in the world. “American Bass Audio and our partner brand, VFL Audio, has a long history of success in the competition arena and we pride ourselves in manufacturing products designed and built for superior performance.” said Tony Stokowski, an American Bass competition representative. Team American Bass had a dominating performance and won in several competition classes: The Street Stock 1K, Super Street No Wall, Super Street 1-2 and The Extreme No Limit. • Mike Ullrich won the world championship in the Street Stock 1K class. Not only did he win the world championship, but he tied the world record with 154.7 dBs with one American Bass NEO 15” subwoofer on under 1000 watts of power. • James Sakley won North American champion for the Extreme No Limit class with 176.2 dBs • Team Trelo Loud won their second straight world championship through the Super Street No Wall class with 167.7 dBs • Dan Horner took second place in the Super Street 1-2 class Davy Weil also competed in Meca at world finals. He won second place in the Street 1 class with 147.91 dBs at 750 watts and he won second place in the dB1 class with 126.2 dB at 1344 watts. “It was a great success for American Bass, I was very impressed with our competitors' performance and camaraderie. I think our strong showing speaks volumes about our products and our team” said Bob Ahuja, President of American Bass.