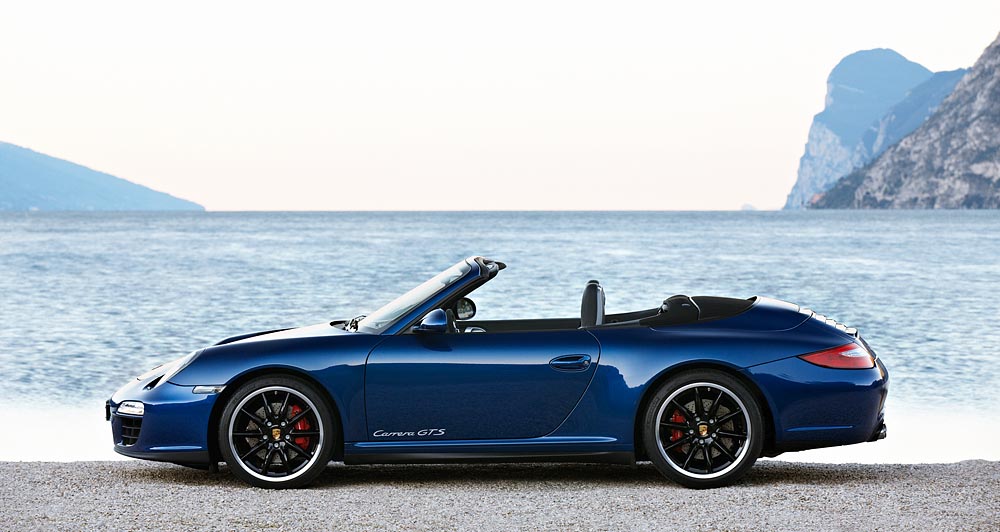 MISSISSAUGA – September 15, 2010 --- With a power output of 408 hp, enhanced vehicle dynamics and sporty design accents and standard equipment, the new 911 Carrera GTS is the new pinnacle of the Carrera model series. It will make its world premiere at the Paris Motor Show in early October.

An exclusive power upgrade of 23 hp over the 911 Carrera S on which it is based enables the 3.8-litre GTS – available as a coupé and cabriolet – to bridge the gap between the standard Carrera models and the racetrack-oriented 911 GT3. Impressively, the Carrera GTS’s additional sportiness comes at no extra environmental cost: following the Porsche Intelligent Performance development philosophy, the sports car consumes no more fuel than the Carrera S in the New European Driving Cycle (NEDC).

Unique within the Carrera family, the 911 Carrera GTS combines the 44-mm wider body of the all-wheel drive Carrera models with classic rear-wheel drive. It is also visually distinguishable by its SportDesign front apron with black spoiler edge, special black side skirts and a black finishing panel between the rear tailipipes. Centre-locking 19-inch RS Spyder design wheels, painted in high-gloss black with polished lips and 305/30 R 19 rear tires provide an even sportier stance. A final visual flourish is the Carrera GTS logotype on the doors and rear lid; it comes in black or silver, depending on the body colour. 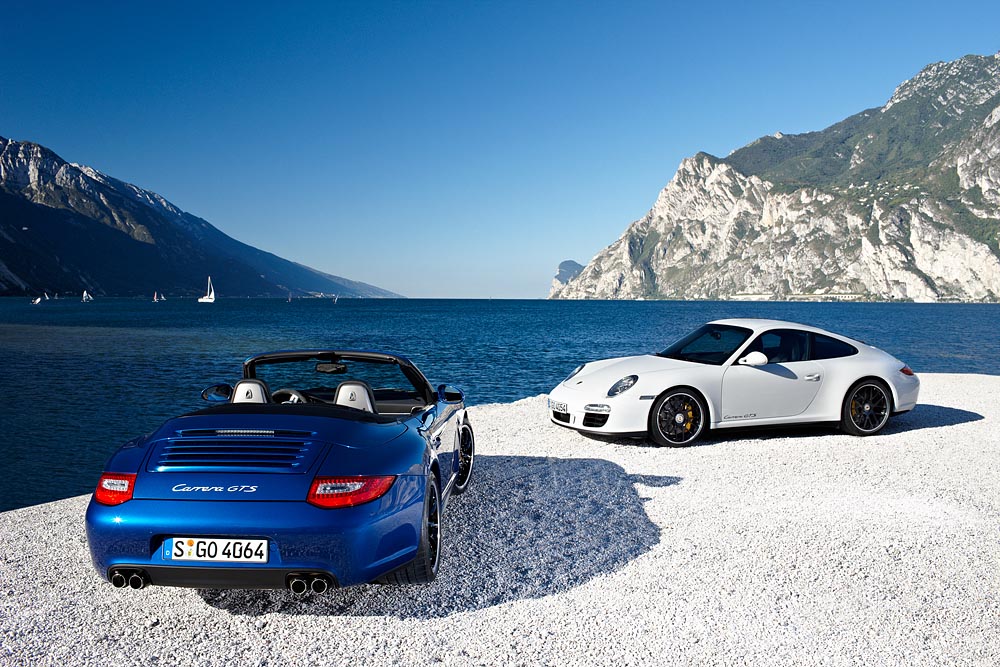 The 3.8-litre flat-six engine delivers its 408 hp thanks to a number of internal changes, not least a special resonance intake manifold in which six vacuum-controlled tuning flaps switch between power- and torque-optimized geometry (the standard Carrera S engine features only one such flap). Thus, maximum torque is already available at 4,200 rpm, 200 rpm earlier compared with the Carrera S. The extra power is enhanced aurally and visually by a sports exhaust system whose distinctive, hard-edged sound emanates from four tailpipes, finished with black outer shells and polished, nano-coated inner shells.

As a standard, the Carrera GTS has a six-speed manual transmission, with a seven-speed Porsche Doppelkupplungsgetriebe (PDK) available as an option. In comparison with the Carrera S, top speed of the manual-transmission model rises by four km/h to 306 km/h. In all forms, acceleration from zero to 100 km/h improves by 0.1 seconds, dropping to just 4.2 seconds for a GTS coupé with PDK and Sport Chrono Package Plus.

PASMAG's Tuning365 - Episode 14
In this episode of Tuning365, Adam Gordon and Randi Bentia feature our interview with the team at BoostLogic, unbox some...

PASMAG's Tuning365 - Episode 13
In this episode of Tuning365, Adam Gordon and Randi Bentia feature our interview with Bisi Ezerioha, unbox an amp from Aunex and catch up on results...