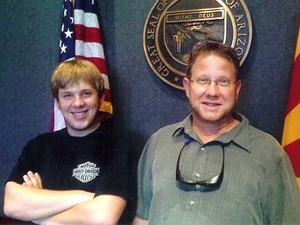 September 13, 2010 - Second Skin is now owned by Ken and Sue Kanefield, newcomers to the 12 volt industry.

family and I for many years; but, I just didn’t feel challenged by it any longer. After I sold the business, I began looking for a challenge in a different segment of the automotive industry. When I came across Second Skin, I was immediately drawn to it.”

Second Skin was started in 2002 by Anthony Collova. Collova attributes a significant part of Second Skin’s success to his social and web marketing efforts. “It was important to me to sell Second Skin to someone that I felt could take it to the next level and Ken and Sue couldn’t be a better fit,” commented Collova. He continued, “I spent the last eight years building Second Skin and I’m confident that Ken and Sue will be equally as successful.” Max Kanefield, Ken & Sue’s son, is following Collova’s lead by keeping
Second Skin actively involved all over the web.

As Ken and Sue are new to the 12 volt industry, they are eager to become involved. Immediate plans are to put Second Skin products to work as they have a complete audio / video system installed in Sue’s 2004 Honda Odyssey. Next on the list will be Ken’s 2009 Lexus RX-350. Ken had the following to say in regards to the upgrades, “We are anxious to get our products in our own vehicles. I was into car stereo when I was younger and now that we are in the business, I can think of no better way to familiarize us with our customers’ needs. I am very excited to improve the audio systems in both of our vehicles and what we’ll be able to learn as a result.”

The Kanefields are in the process of relocating Second Skin headquarters to their home town of Tucson, AZ. This should be completed by the end of September. In the meantime, it’s business as usual and the Kanefields don’t intend to miss a beat.

Aunex AM800.1D Amplifier
Aunex Mini Amplifiers (AM Series) are designed with the challenges of providing ample power to drive your system while keeping the overall footprint...

The Hoodliner
The Hoodliner is made from 3/4” acoustic sound soaker foam with a reinforced, reflective mylar skin. The mylar skin is cleanable, oil and water...