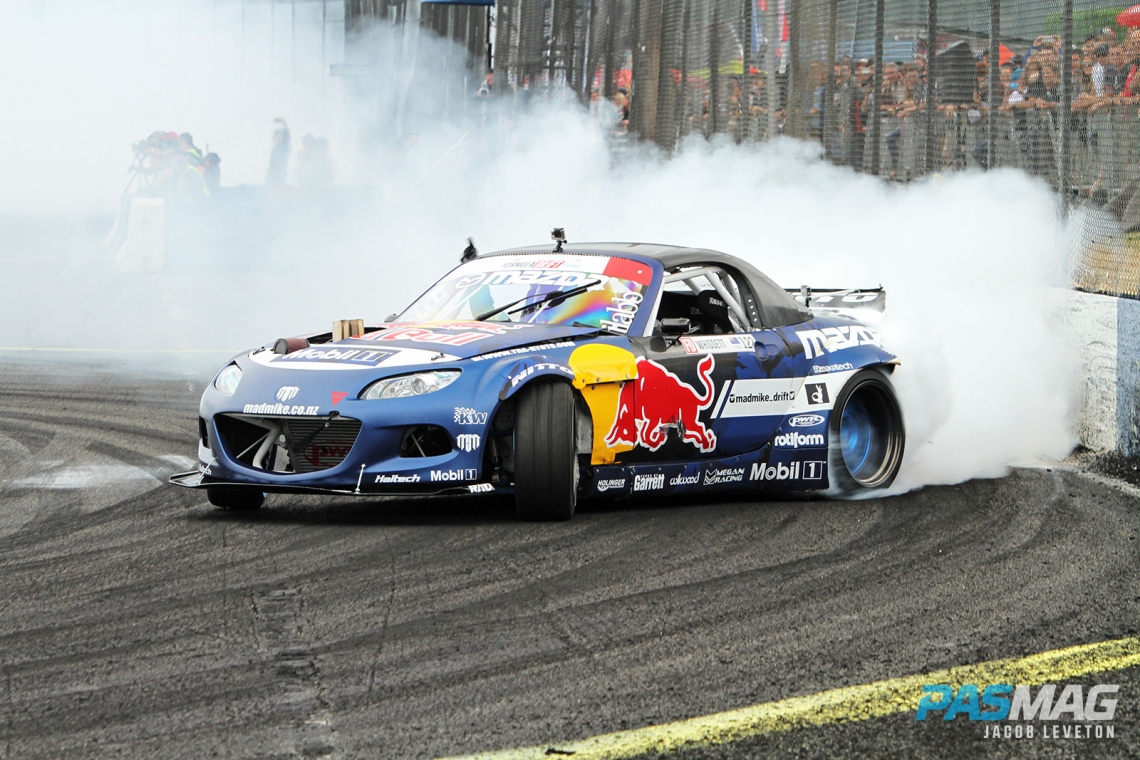 Back in 2010, "Mad" Mike Whiddett received a rude awakening. A champion in New Zealand, Whiddett had seen numerous international drivers make the smooth transition to Formula Drift competition. While his “BADBUL” three-rotor RX-8 was one of the more stylish cars on grid, it simply wasn’t as competitive as Whiddett had hoped, and finished in 21st overall. His goal of finishing as the Rookie of the Year fell short to a fellow by the name of Aasbo, and Whiddett returned to New Zealand to await the right opportunity to return in a competitive chassis.

What started off as a 2015 Mazda MX-5 was quickly broken down by the crew at Pulse Performance Race Engineering (PPRE) prior to being acid dipped, seam-welded, and then fitted with a Formula Drift compliant roll cage. Since the plan was to drift this chassis without its hardtop from the beginning, care was taken to ensure the cage structure is rigid enough to fully protect the driver and occasional passenger. Additional tubing was added to triangulate the main hoop with the halo section, and the NASCAR-style door intrusion bars also utilize more bars then necessary to ensure the integrity of the passenger compartment in the event of hard contact.

Stay tuned for the full story, or pick up the issue on newsstands today - PASMAG Dec/Jan #134, also available online at www.pasmag.com/backissues. 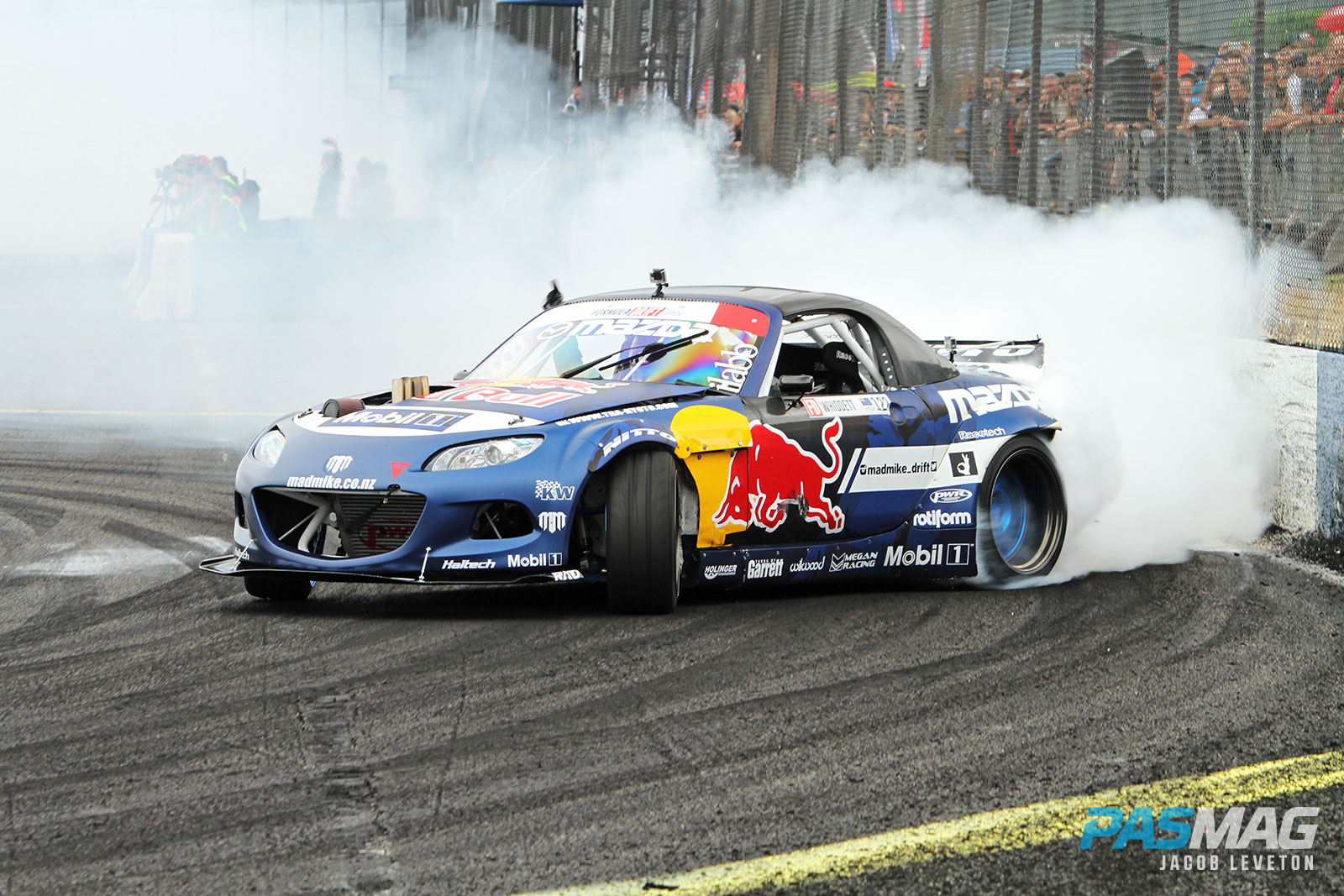 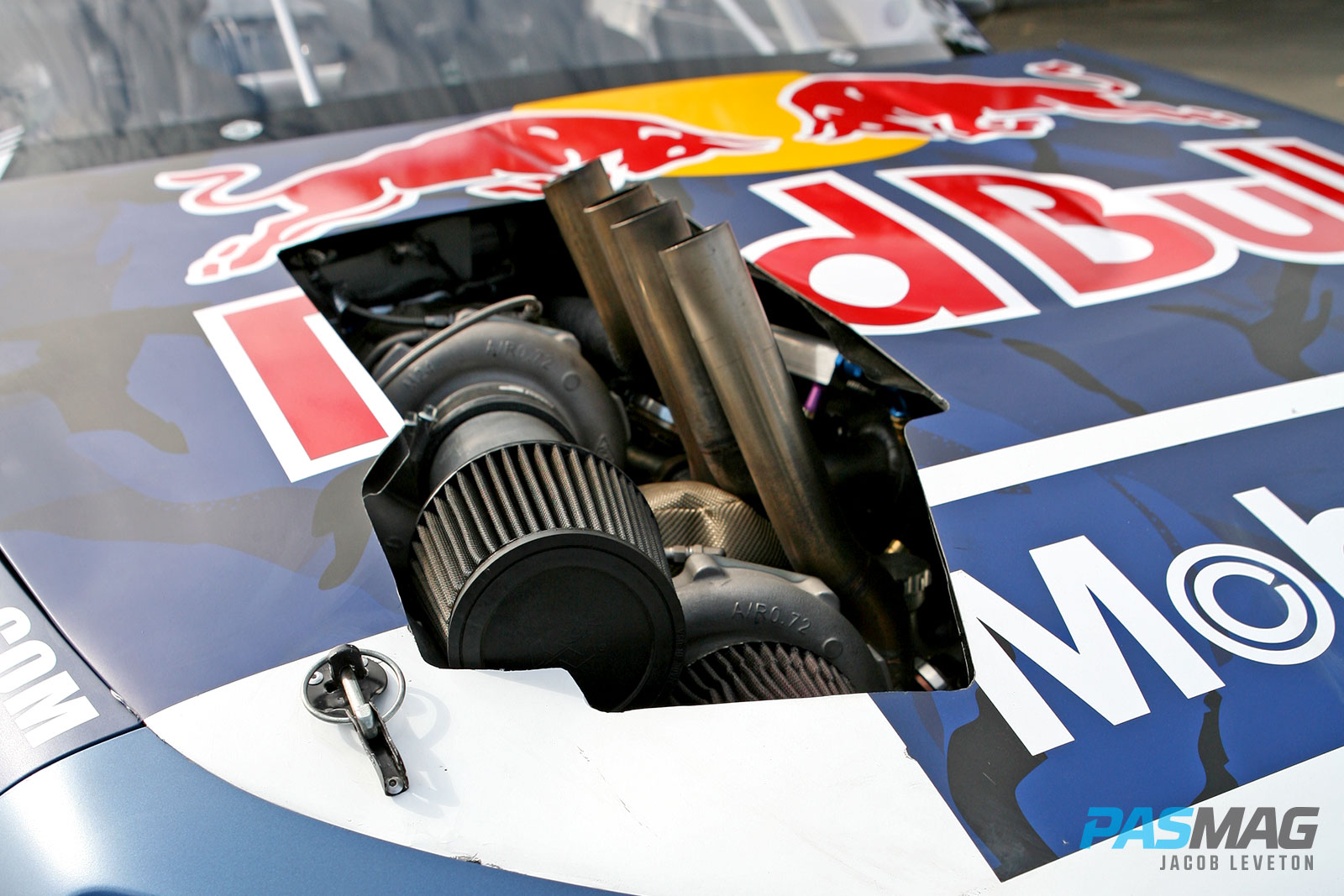 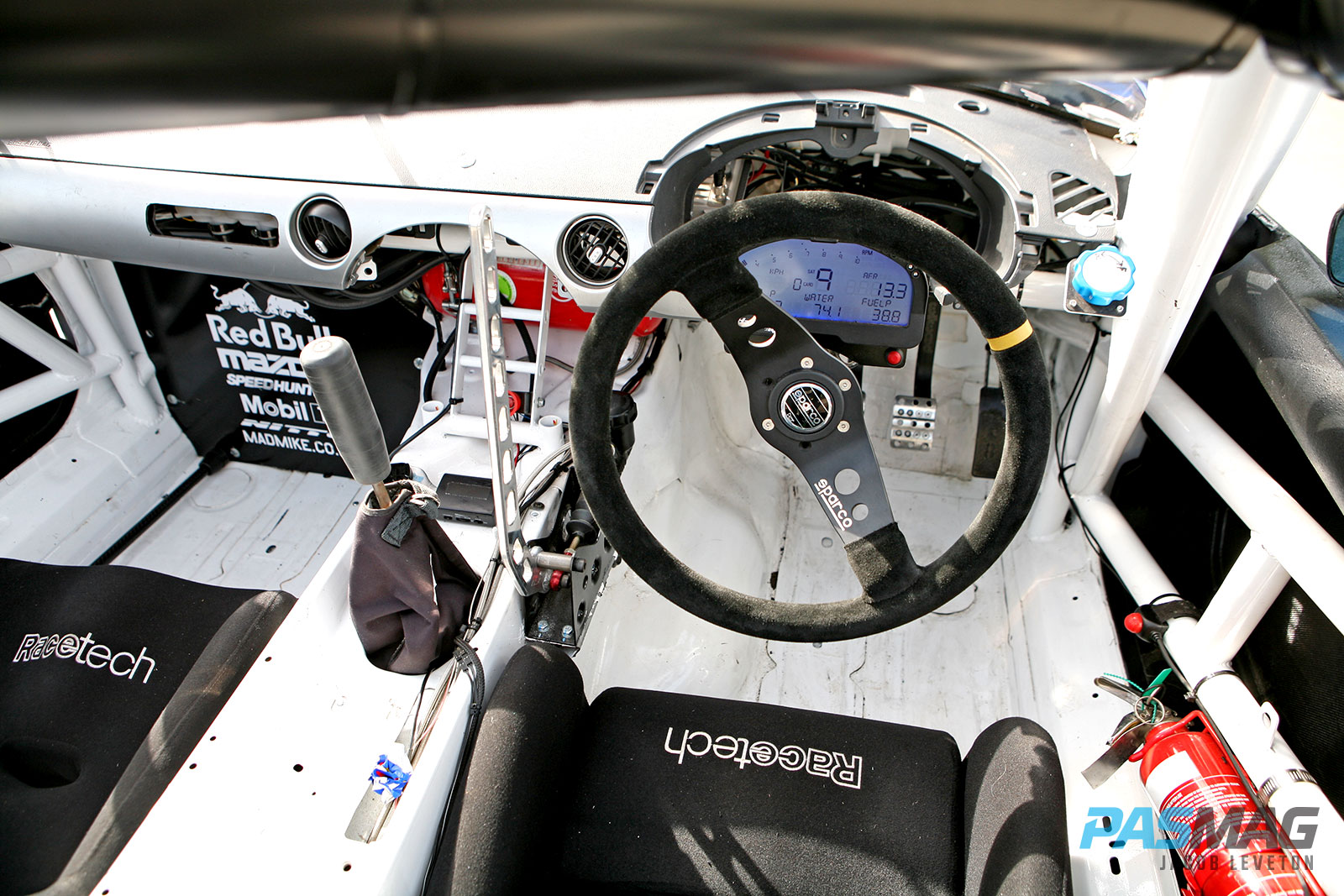