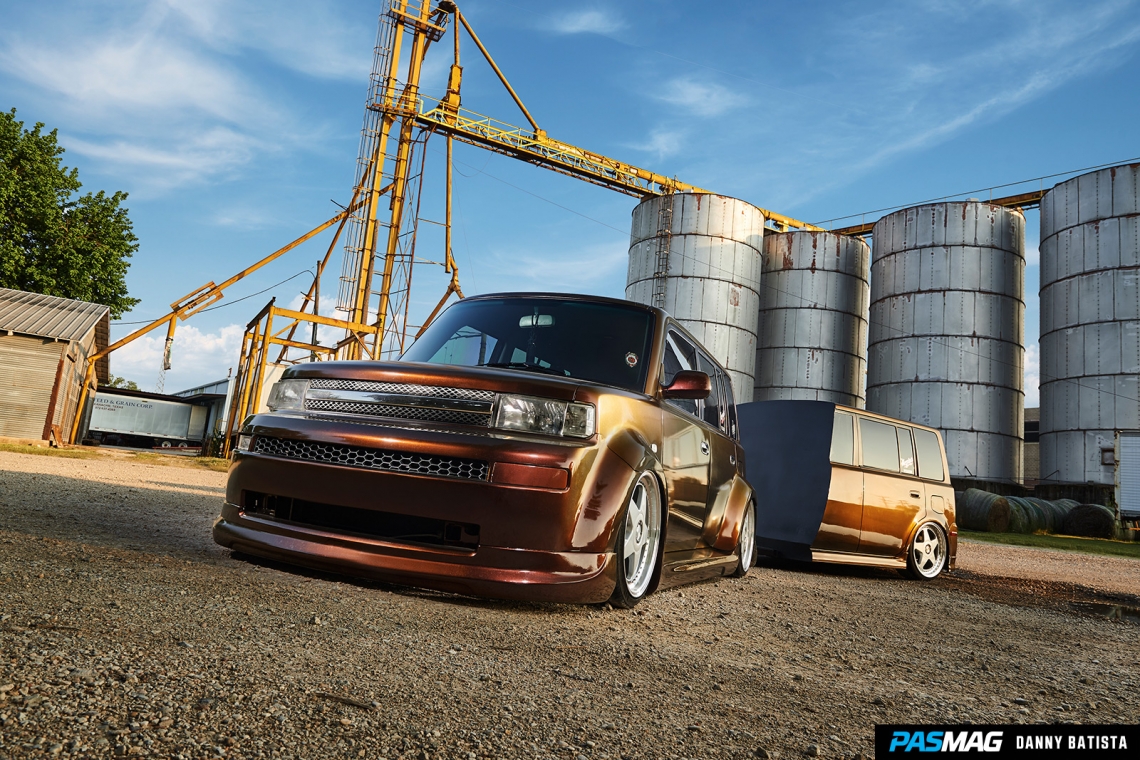 It was a bittersweet moment when Patrick Mach received the call that his 2006 Scion xB RS 4.0 was ready for pick-up. “I had ordered this Release Series xB and was awaiting its arrival,” writes Mach. “My dad passed away the morning of December 30, 2006, and I got the phone call later that afternoon that the car had arrived at the dealership.”

The xB RS 4.0 was a long-time coming for Mach as he’s been preparing for this build since first getting into the scene. “I have loved cars all my life. When I bought my first car [1994 Honda Del Sol], it had a couple mods on it, and I knew that I wanted to add more. This was the beginning of modifying every car that I owned.”

Mach has always maintained the purpose of building a one-off show car “as there isn’t much else you could do with the xB platform.” His favorite modifi cation is the one-of-a-kind xB trailer. “One of the major challenges was making sure we cut the trailer in the right spot and welded it properly. We took our time and it came out perfect.”

“I have started to focus on Junction Produce as a brand for my build because I am focusing on making my car a VIP build,” he goes on to say. “The trailer was inspired from my previous build, and I was also inspired by [other] VIP builds to do my car in a VIP theme.”

Other elements maintaining that VIP-style include the custom hardwood, a fiberglass enclosure, complete LED conversion, and of course, Universal Air suspension with Viair dual compressors and 220 PSI gauges. 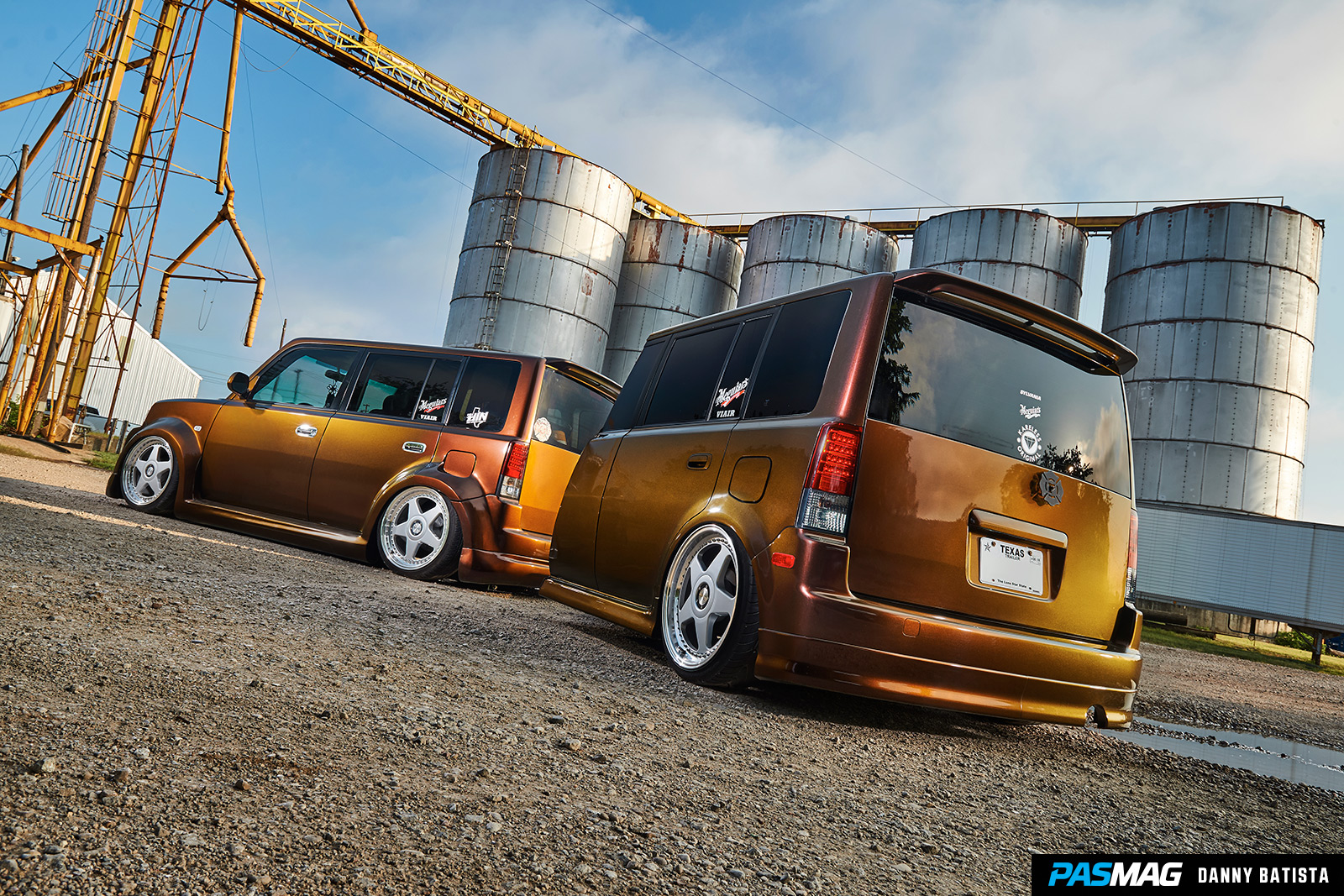 Patrick Mach was the winner of the PASMAG Tuner Battlegrounds #TBGLIVE award category at 742 Race Wars: Fort Worth, TX with 52% of the Popular Vote! 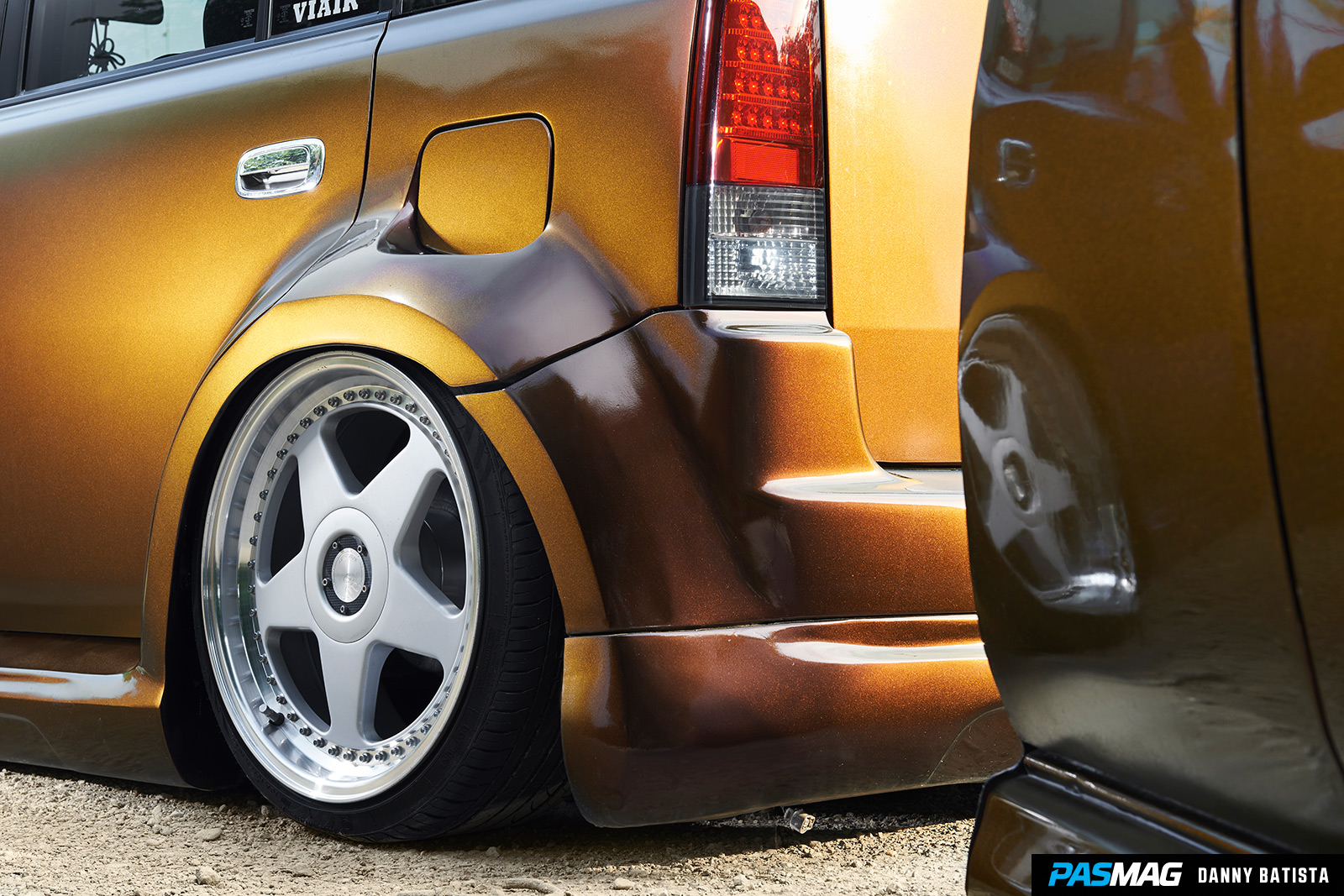 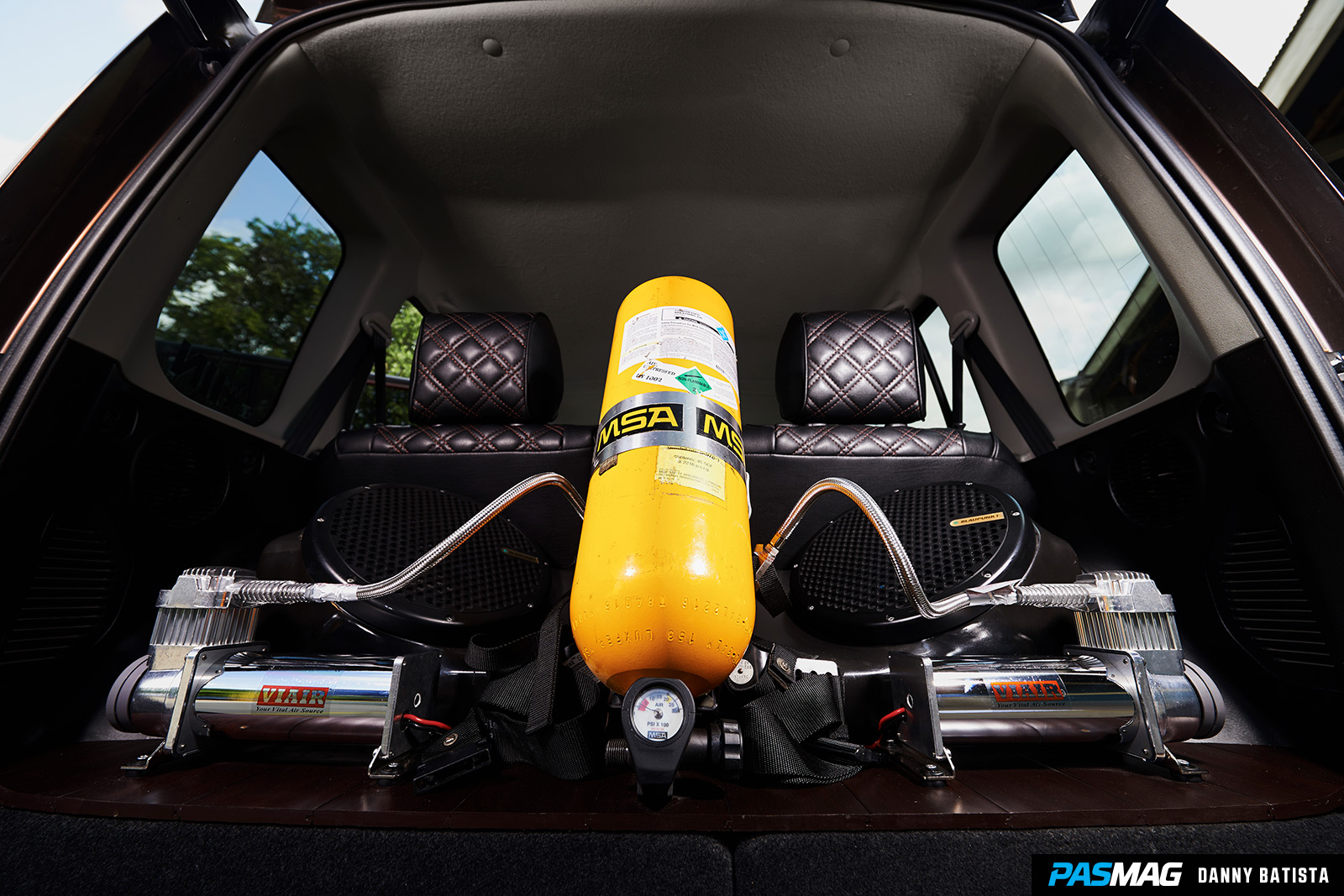 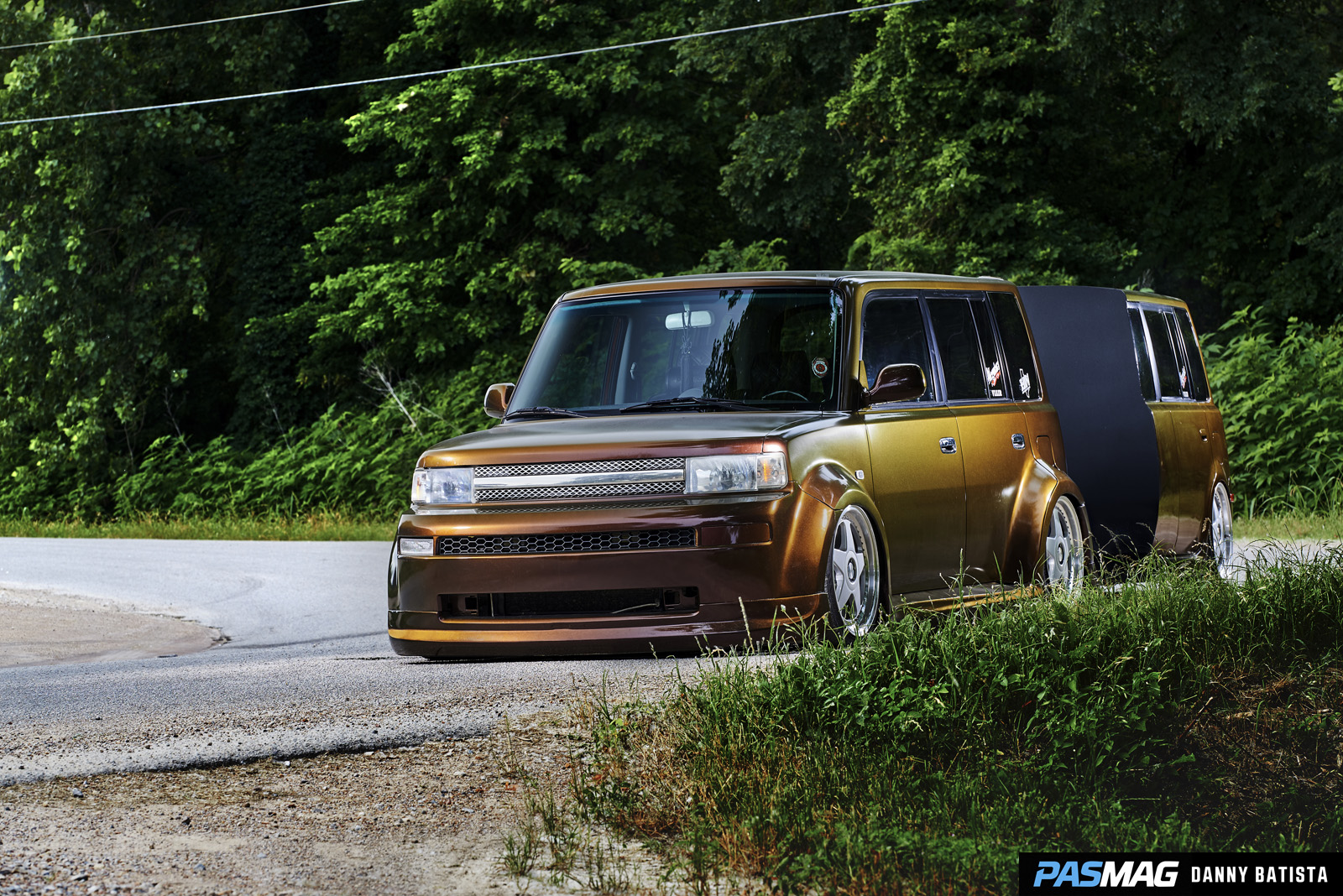 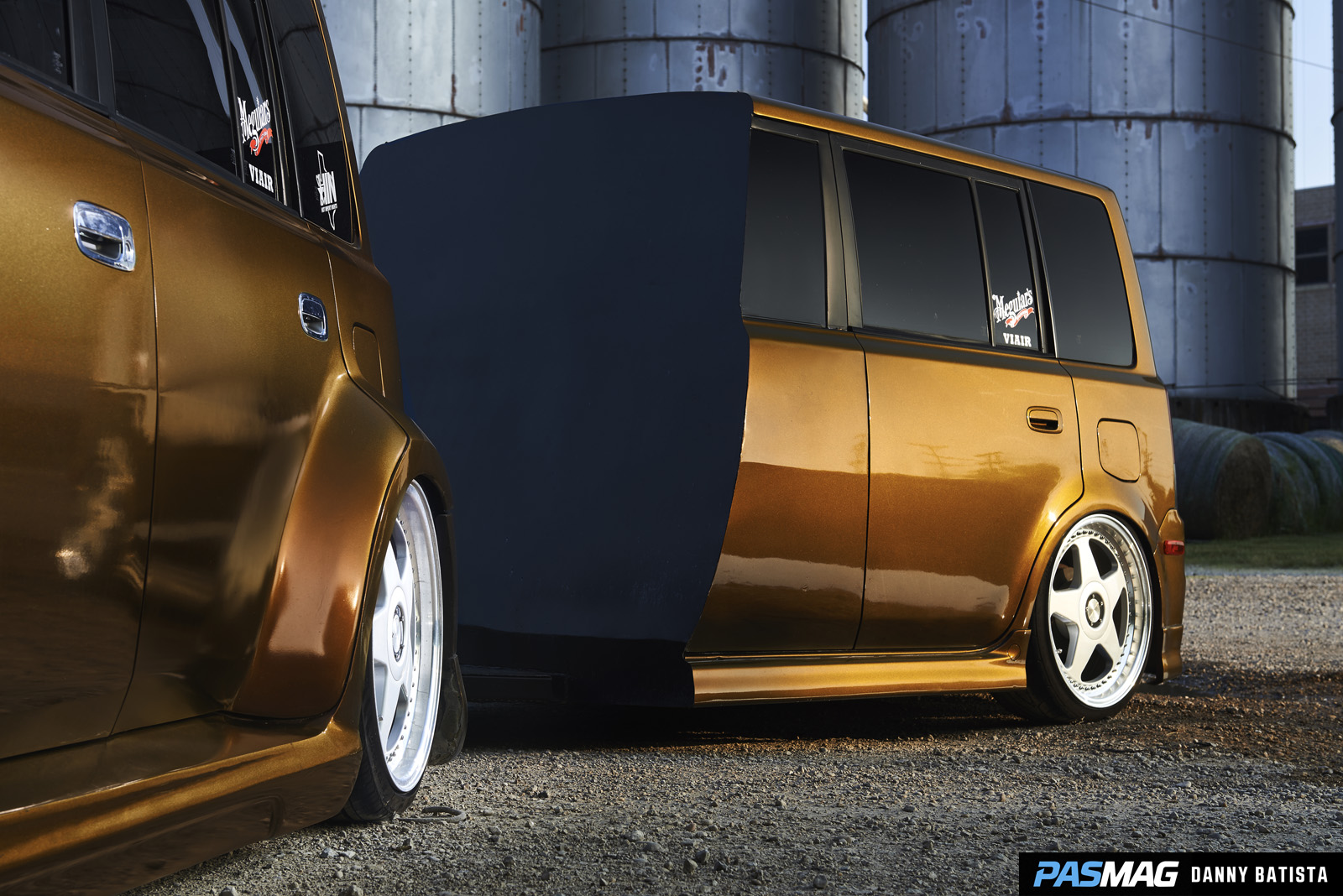 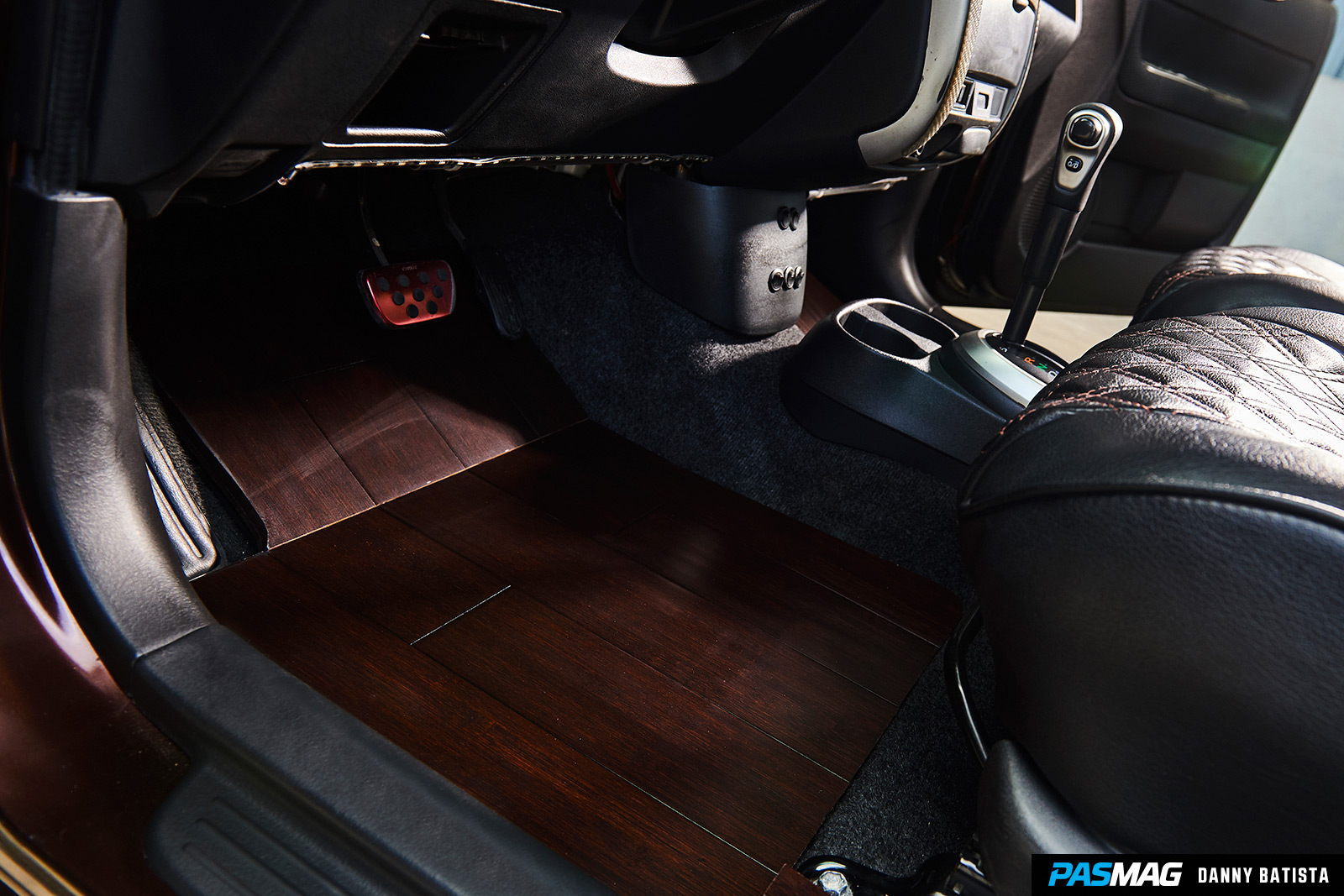 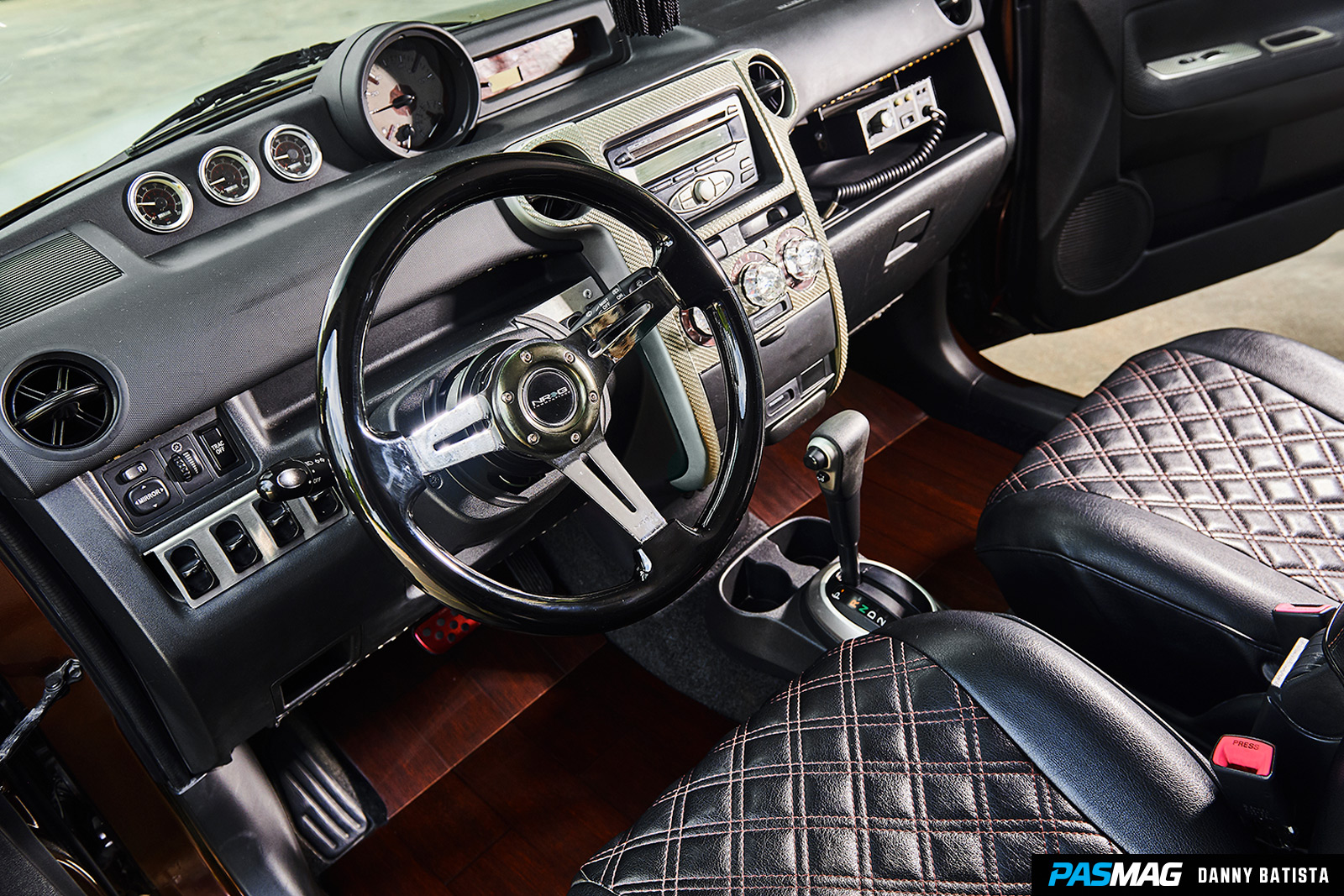 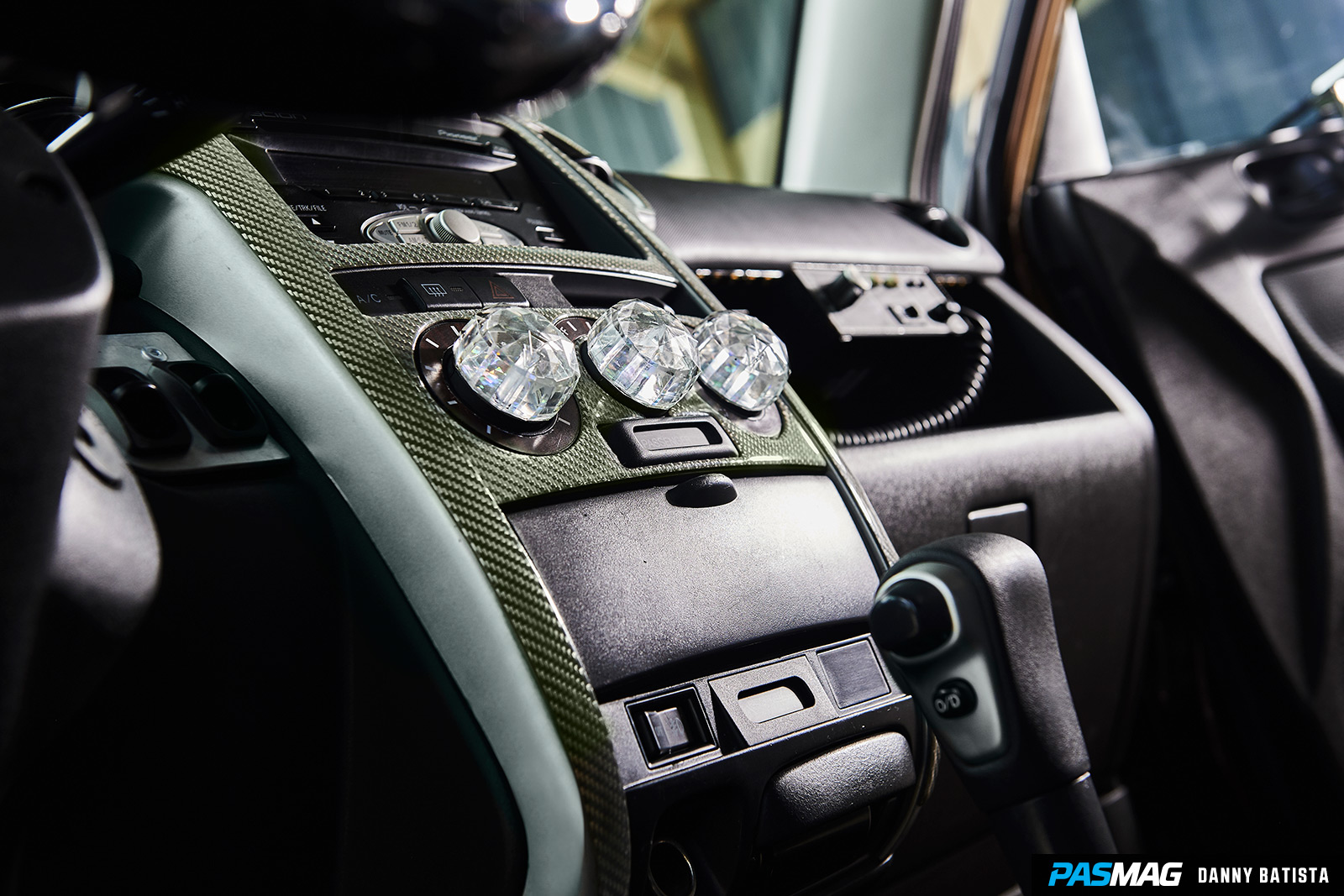 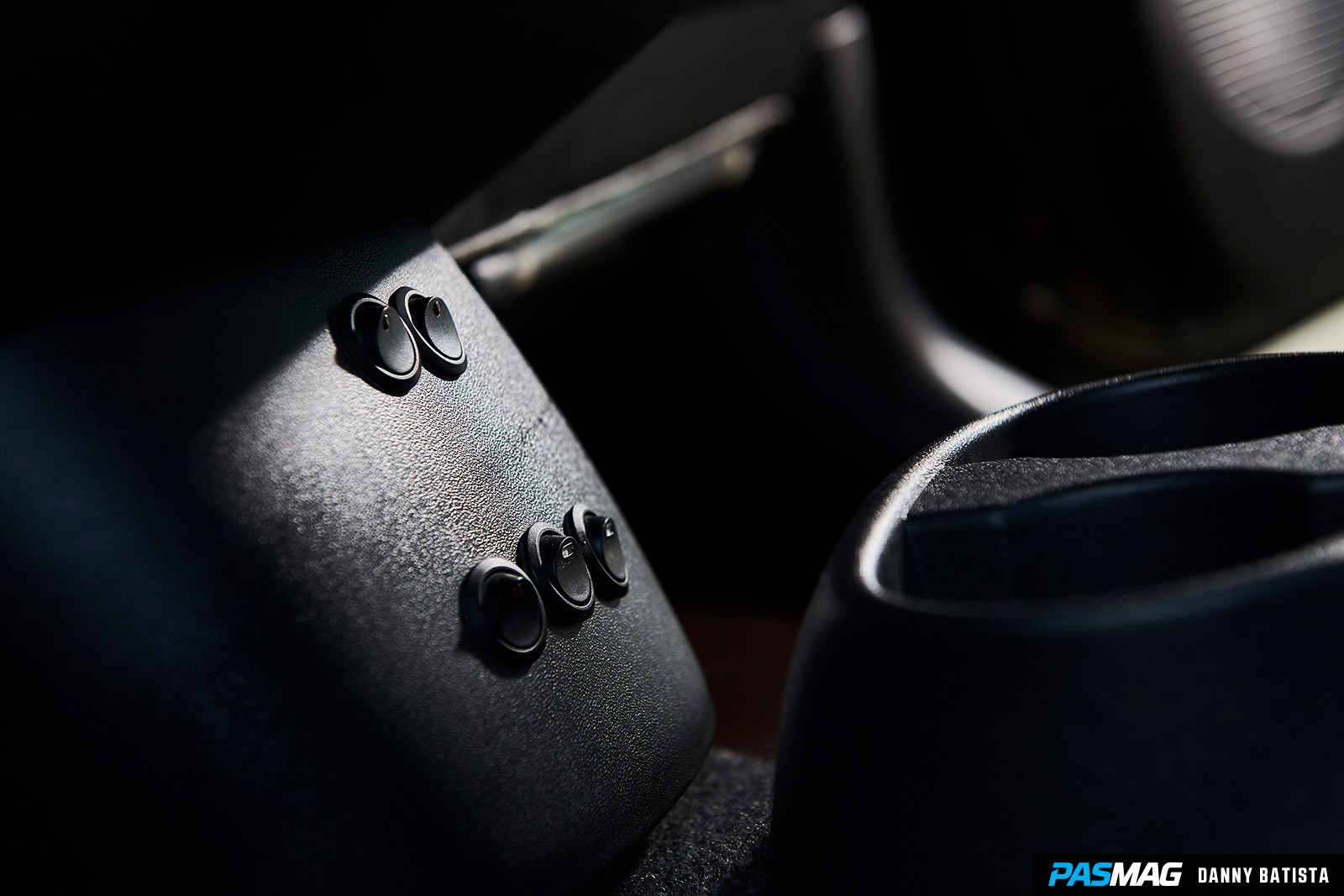 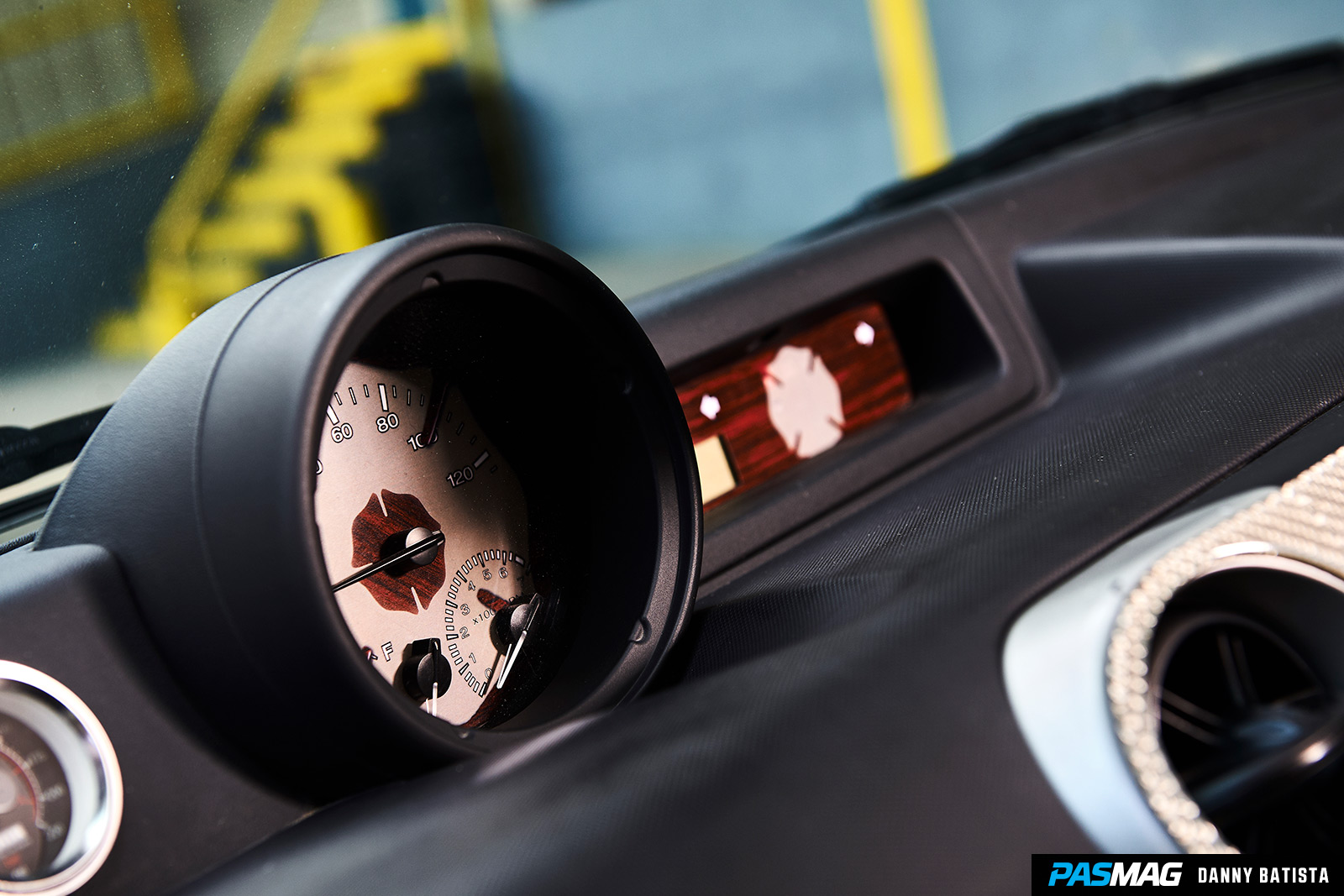 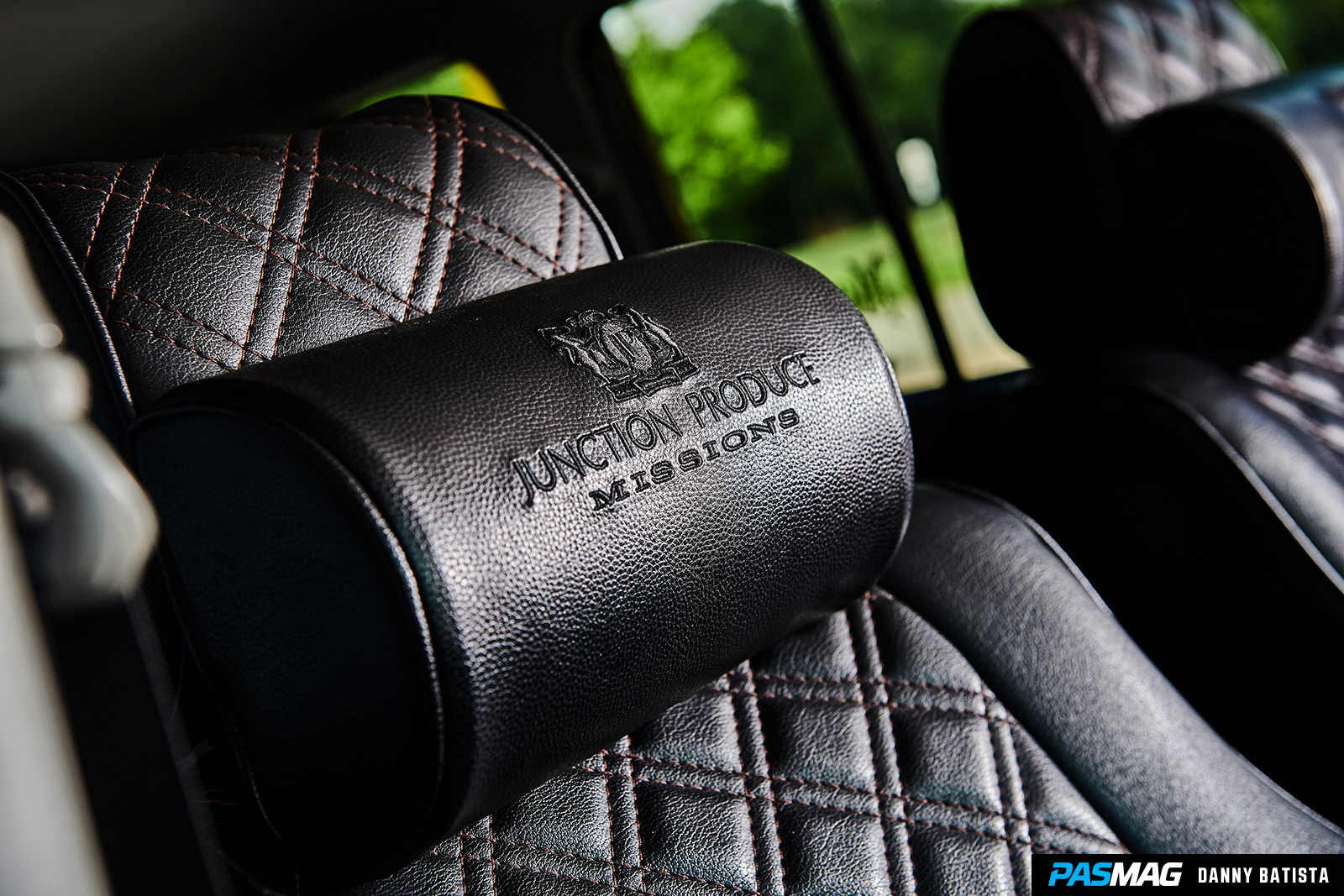 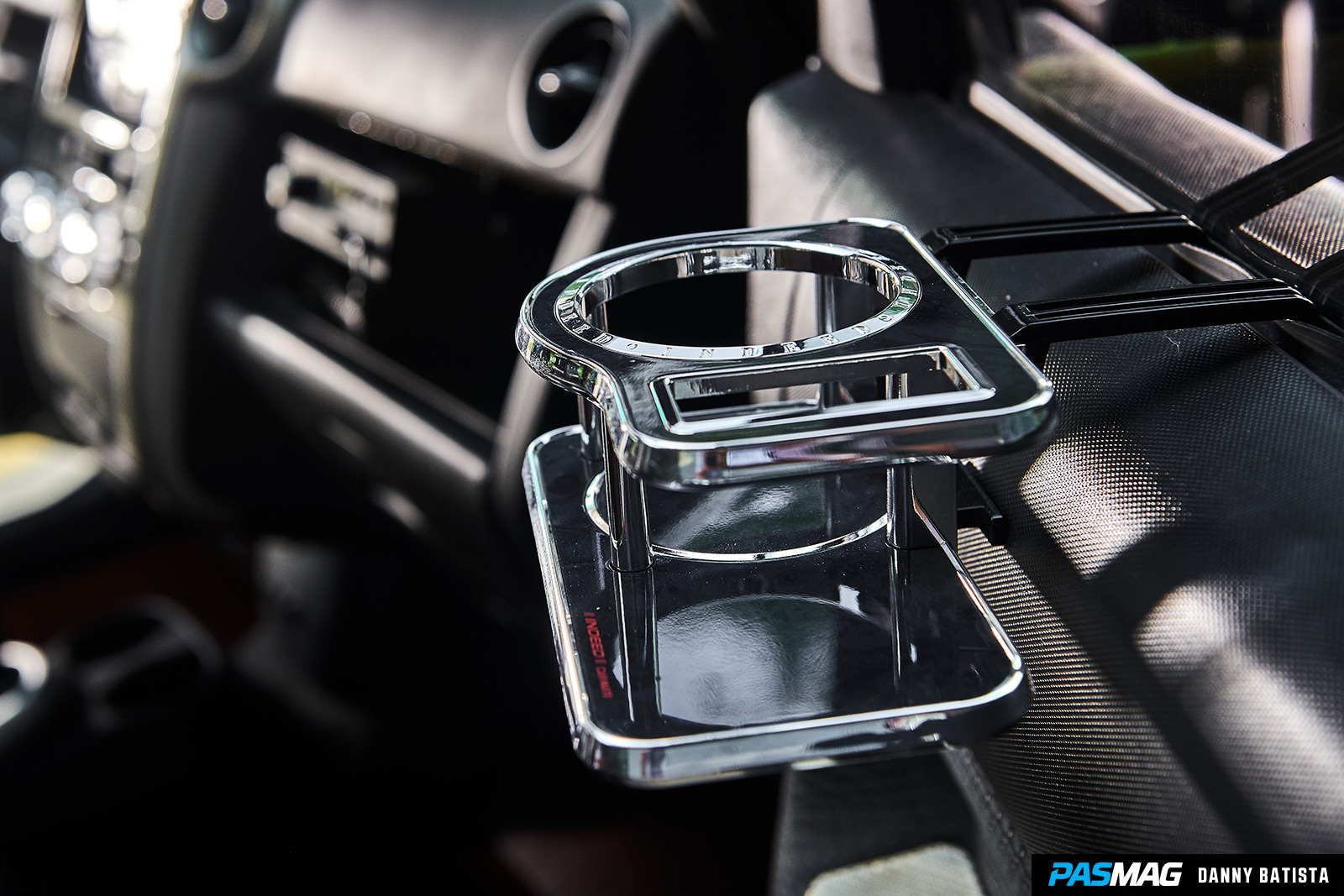 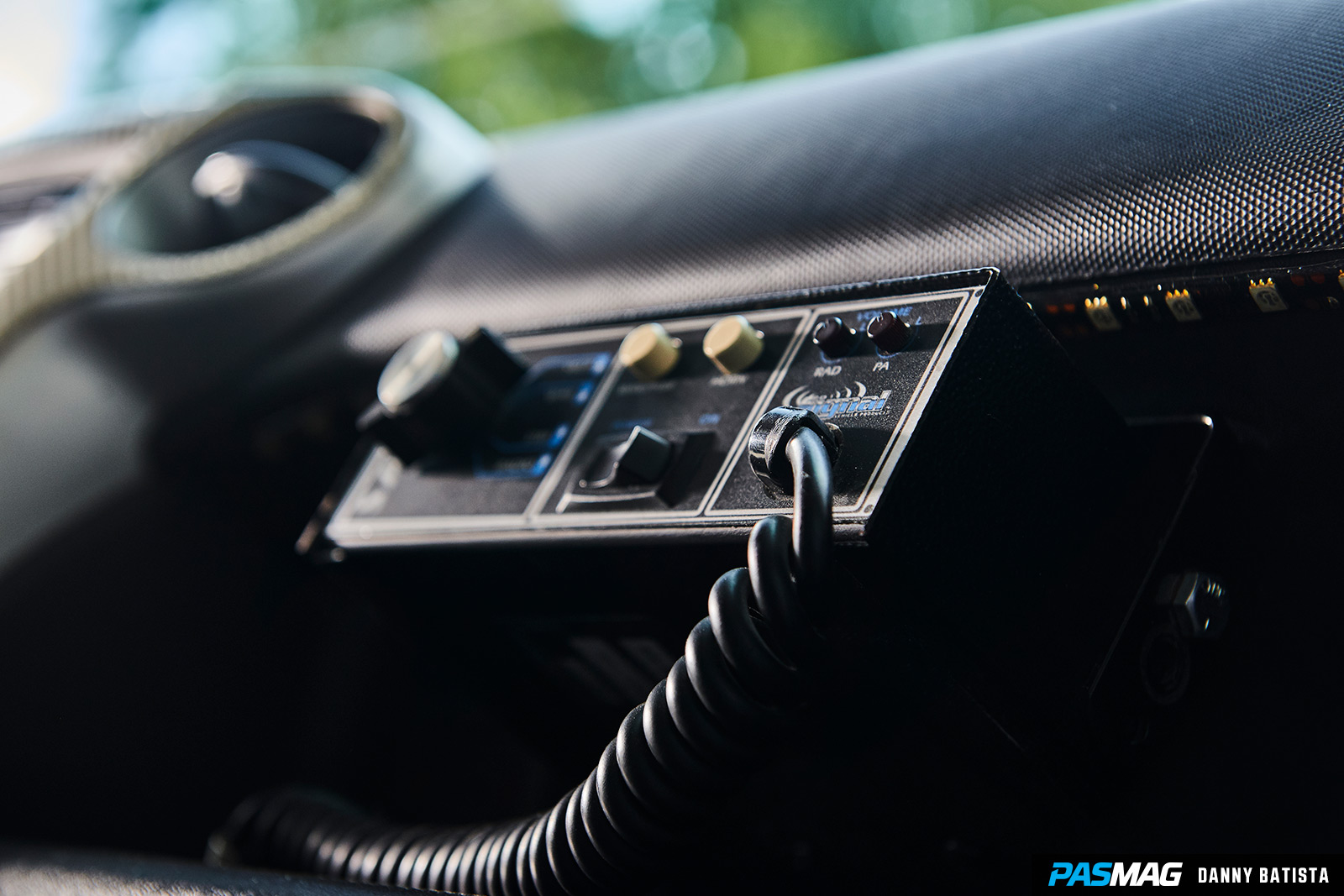 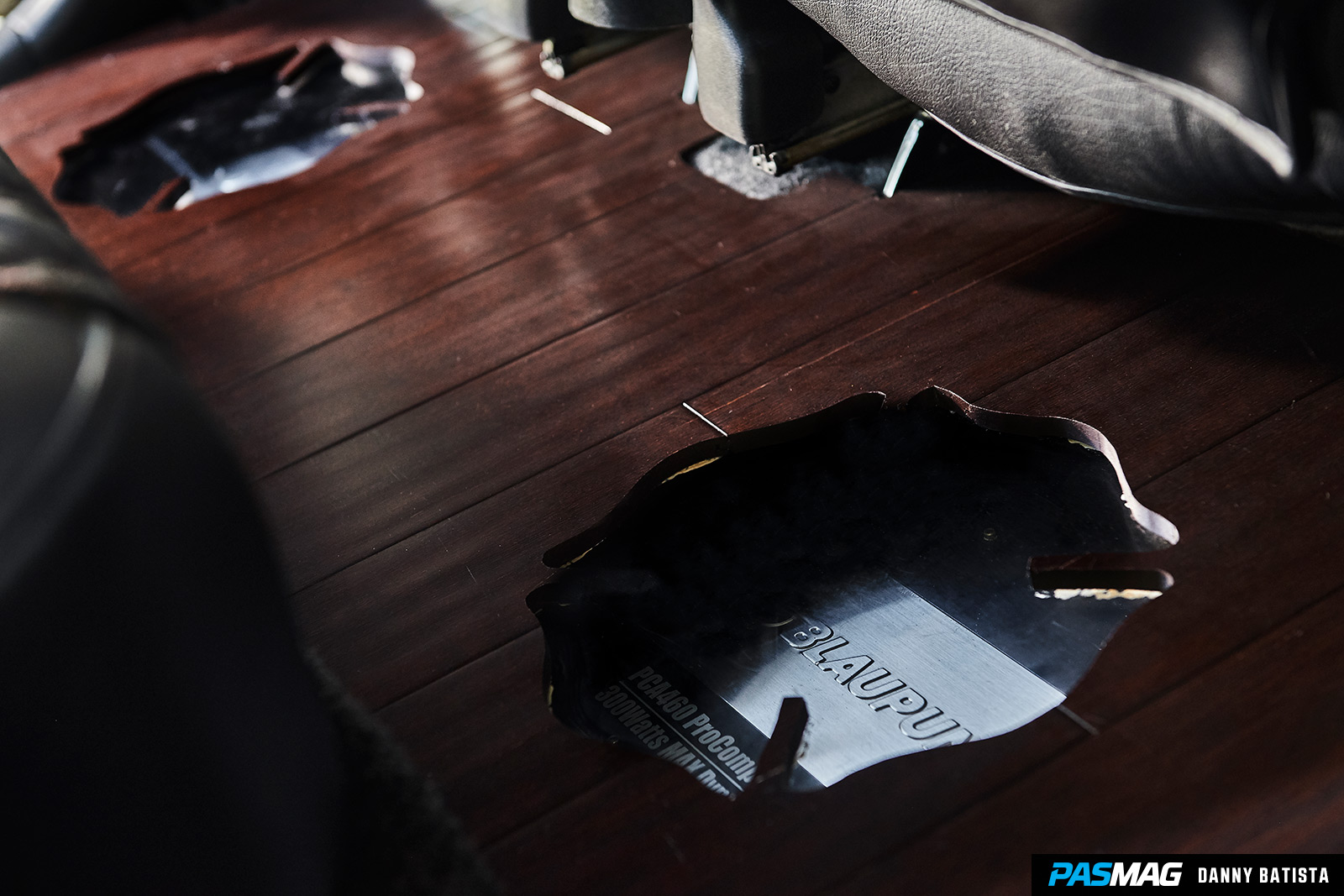 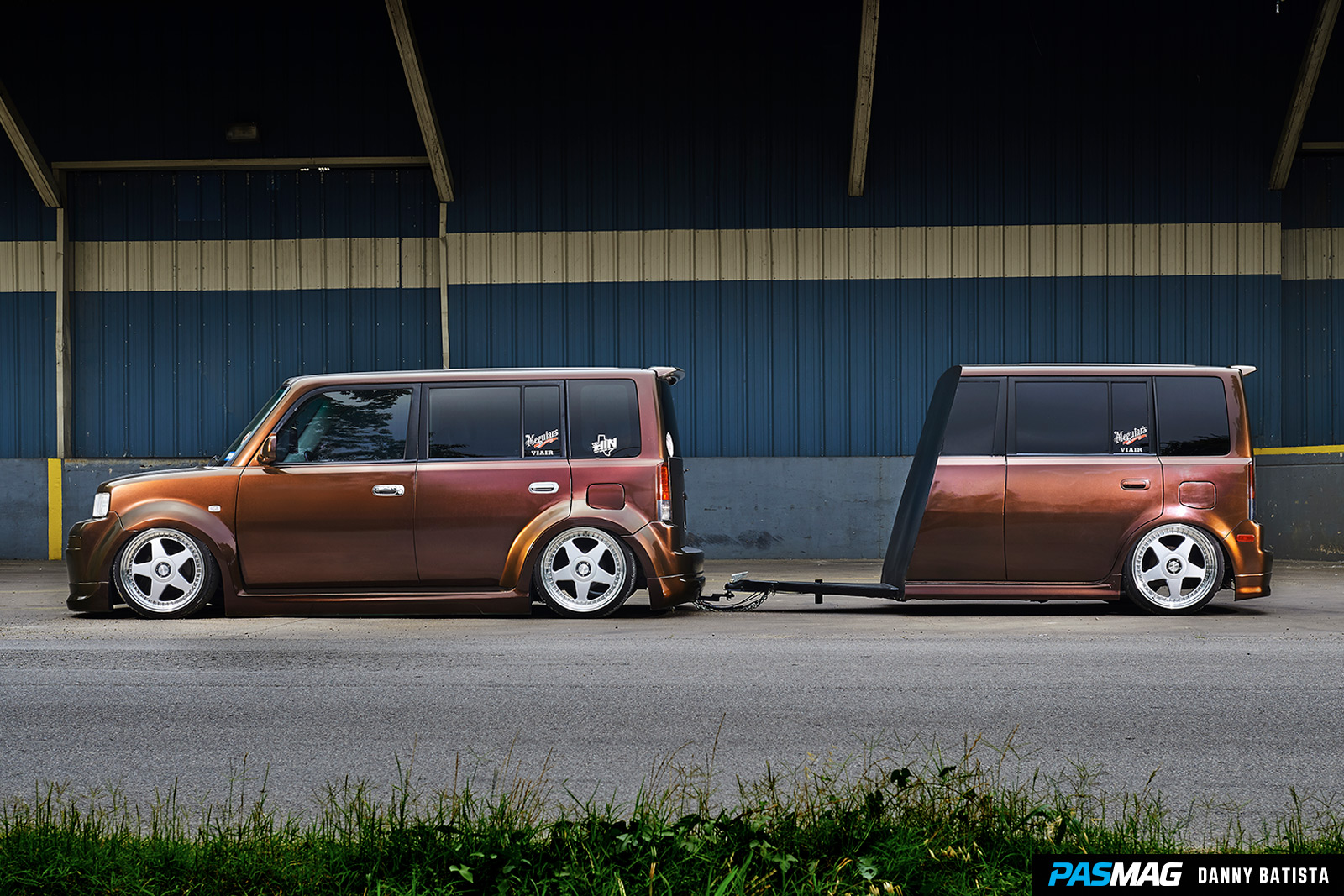