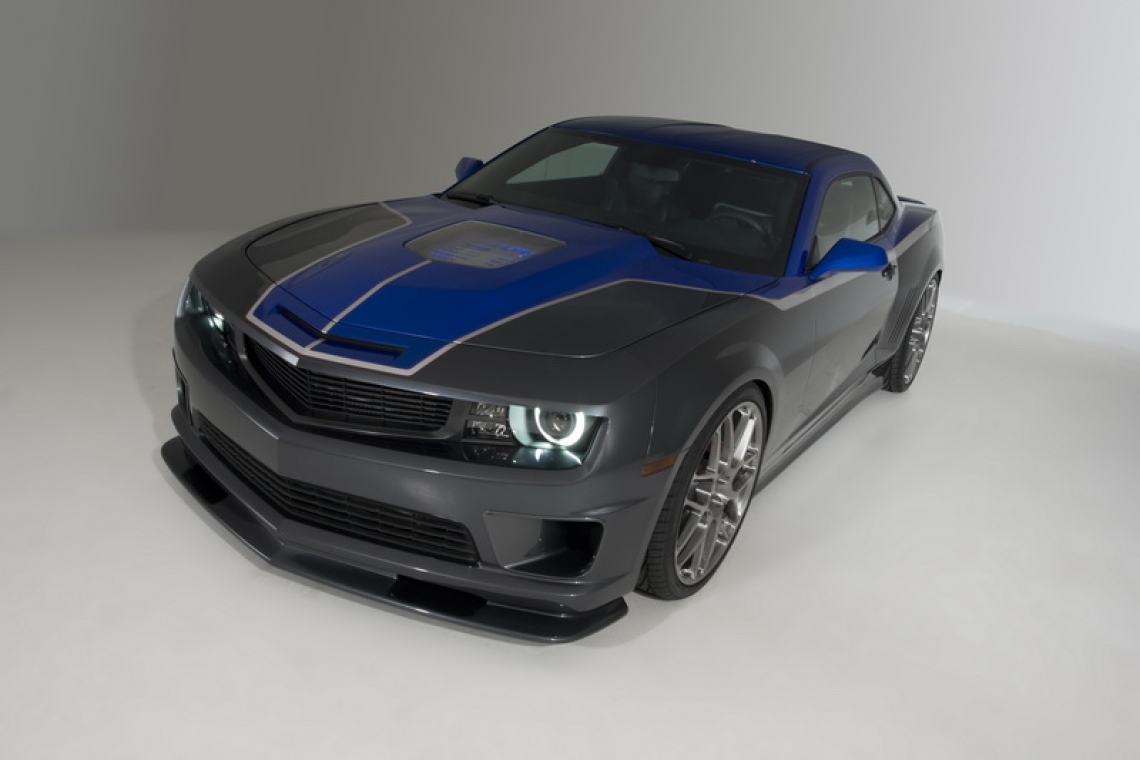 There are rituals that repeat themselves year after year for each and every industry. For some, it’s the Stanley Cup or Superbowl, for other’s it’s the Grammy or Emmy awards, and for car audio enthusiasts, it’s the Consumer Electronics Show and the debut of another vehicular masterpiece from Alpine. For roughly 10 years, cars like the Mini, Sinister 6 and Civic have set a lofty benchmark for corporate demo vehicles. At the 2011 CES, Alpine debuted their latest creation, and PAS was there and ready to check it out.

Alpine put together a veteran build team headed by Mike Vu of MV Designz with coordination and fabrication support from Gary Bell. These craftsmen worked with Steve Brown and Jim Walter of Alpine to design the system, then set to work on it’s fabrication at MV Designz in Santa Anna, CA. The choice of a 2010 Camaro SS was based on several criteria. Owners of Camaro’s are certainly enthusiastic and accepting of modifications and improvement. Secondly, Alpine had already begun development of a new product category called Perfect Fit. 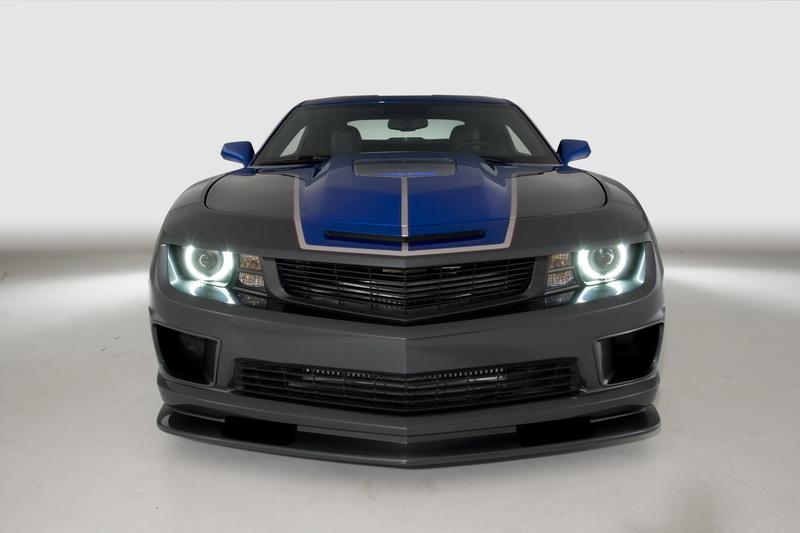 The Camaro system is built around the focal point of the Perfect Fit KTX-CMO dash kit. This kit was designed specifically for the Camaro and allows for the proper installation of an Alpine INA-W910 or INA-W900BT double DIN source unit with respect to replacing the factory heater and air conditioning controls and radio with full and seamless integration. A touch-screen LCD display on the KTX-CMO communicates with the GM data bus and On-Star system. This is a premium kit perhaps, but the fit, finish and performance are nearly impossible to match. Alpine filled the kit with one of their new INA-W910 Audio Video Navigation Receivers. The Perfect-Fit dash kit set the theme for the entire installation. The design team chose to go with a ‘Factory Look’ for the entire vehicle, while simultaneously implementing features and construction techniques found in exotic custom builds. 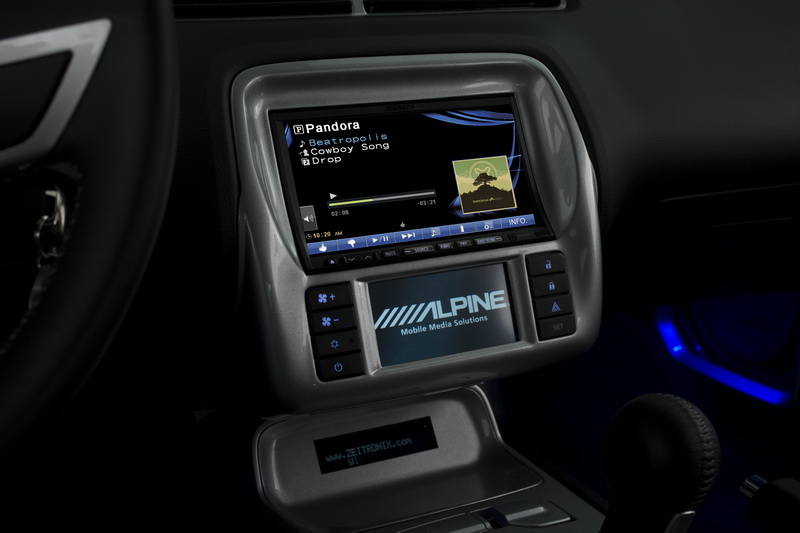 The INA-W910 audio video navigation system heads up the audio system. The audio signal passes to an Alpine PXA-H800 audio signal processor. The PXA-H800 provides advanced time alignment, signal filtering and level control for the entire system. Control for the PXA-H800 is shared between the INA-W910 and an RUX-C800 that was mounted in a custom pod in the overhead console just rearwards of the rear-view mirror. Day-to-day operations like subwoofer level control and system tune preset loading is handled by the INA-W910. Detailed system tuning and configuration can be done through the RUX-C800 or PC-based software that ships with the PXA-H800. 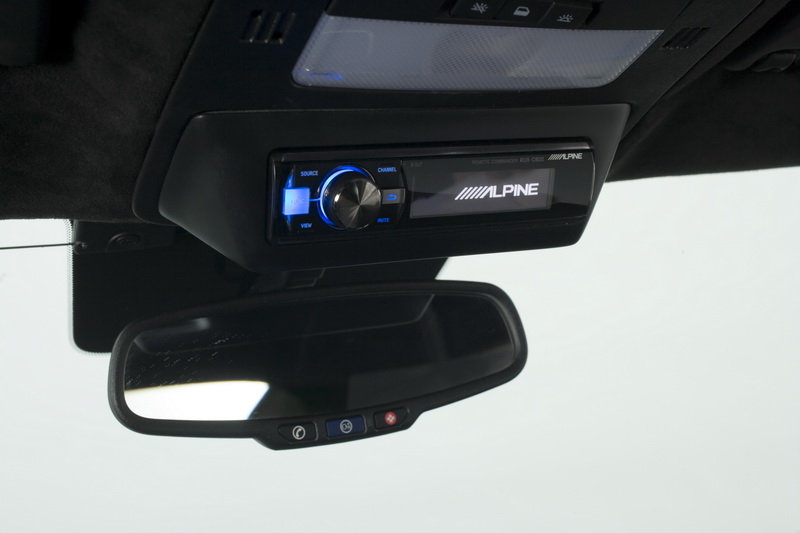 Audio signals flow from the processor to four Alpine X-Power digital amplifiers. A pair of MRX-M100 1,000W amplifiers feed a quartet of SWR-T12 12-inch Type-R Thin subwoofers. The subwoofers are mounted in two sealed enclosures – the front of two woofers can be seen through Plexiglass windows in the trunk, while the rear of the other two can be see through a window behind the rear seat. The enclosures sit one behind the other and low frequency output is funneled up through a nicely trimmed vent in the rear deck of the car. The MRX-M100 amplifiers, along with the PXA-H800 are mounted on the floor of the trunk and are also trimmed tightly for a clean look.

As is common with many of the competition-level audio vehicles you have seen in the pages of PAS, the Alpine Camaro features subwoofers mounted in the front of the car. The kick panels were opened up and steel brackets were welded in place to make home for an SWR-843D 8-inch subwoofer in each one. Having good solid bass in the front of the vehicle helps reinforce the sensation that the musical performance is happening in front of the driver – which is the ultimate goal of any high end audio system. Furthering the front stage is an SPR-50C component set. The midrange is in the stock speaker location, but an additional cosmetic trim panel extends across the bottom of the door to enhance the overall presentation. The unique ring-dome tweeter found a home at the top of the door near the A-pillar.

The front stage is powered by a pair of MRX-V60 5-channel amplifiers that have been configured as three-channel amps. One amp is dedicated to each side of the car. The bass channel feeds the 8-inch woofer in the kick panel with 300 Watts of power. While the MRX-V60 is a 5-channel amp, the front and rear channels were bridged to feed 150 Watts to each of the midranges and tweeters. Total system power in the Camaro is a seemingly appropriate 3,200 Watts. The amplifiers for the front stage around mounted in custom panels that flank the rear seats. Trim panels that match the design of the door speaker and kick panel subwoofer trims surround the amplifiers. 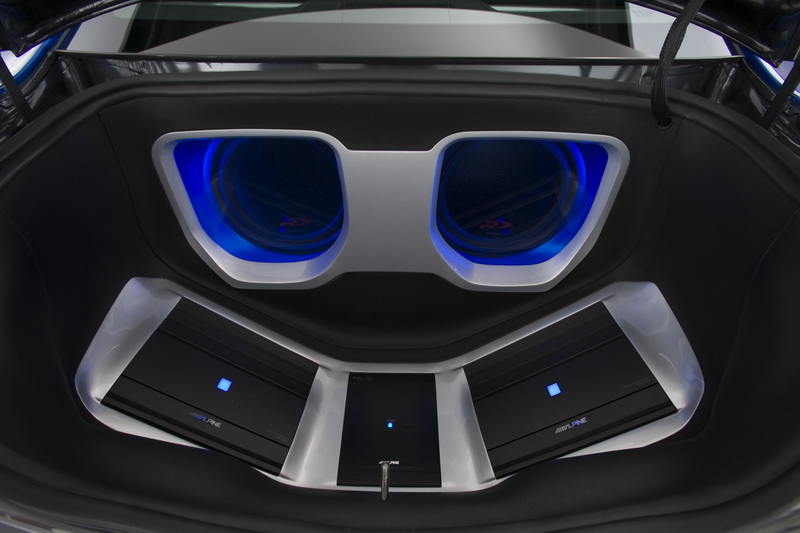 The trunk lid is home to a single Alpine TME-S370 6.5-inch LCD monitor that displays the image from an Alpine HCE-C300R Active Rear View camera system. The HCE-C300R is unique in that not only does it act as a wide-screen backup camera, but it incorporates motion detection technology, putting a red box around an object that is moving in the camera image while providing an audible warning that there is a moving target. The video signal from the HCE-C300R is also displayed on the screen of the INA-W910 when the vehicle is in reverse.

To beef up the performance and styling of the car to match the audio install, a Turbonetics 76mm T-Series turbo kit running at 6 pounds of boost was installed. This kit brings the output of the 6.2L LS3 motor to an impressive 560hp and 537 lb-ft of torque. To make sure this puts a smile on the driver’s face, we should note that these numbers were measured at the rear wheels. A MagnaFlow exhaust system assists in this impressive increase in performance and gives the car a decidedly aggressive sound. Engine parameters can be monitored by a Zeitronix data logging system that was molded into the leading edge of the center console. 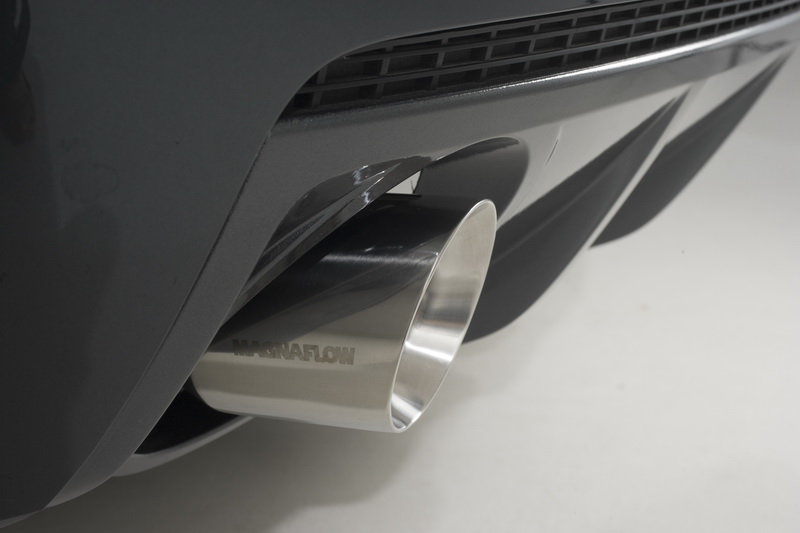 The Camaro rolls on 22-inch HRE Monoblock P40 wheels that are wrapped in Toyo Proxes rubber. Keeping the car planted are Pedders Extreme Xa coilovers and a massive 15-inch StopTech brake kit helps burn off speed when required. The factory hood and front bumper were replaced with new units from ACS Composites. A Fesler Series 2 body kit brings the car even closer to the ground and adds an aggressive stance. Once all the body parts were in place, MV Designz treated the car to the blue, silver and grey paint job. Final details on the car include a Viper 5902V two-way remote start and security system and billet aluminum door sills from Defender Worx.

The result of the Camaro build is a testament to the planning that was put into the project before it even began. Clean and elegant details combine with advanced functionality and monstrous performance in all aspects. The Camaro represents a slight departure from Alpine’s history of over-the-top CES builds, but retails the masterful execution that makes Alpine cars a destination for CES attendees year after year. 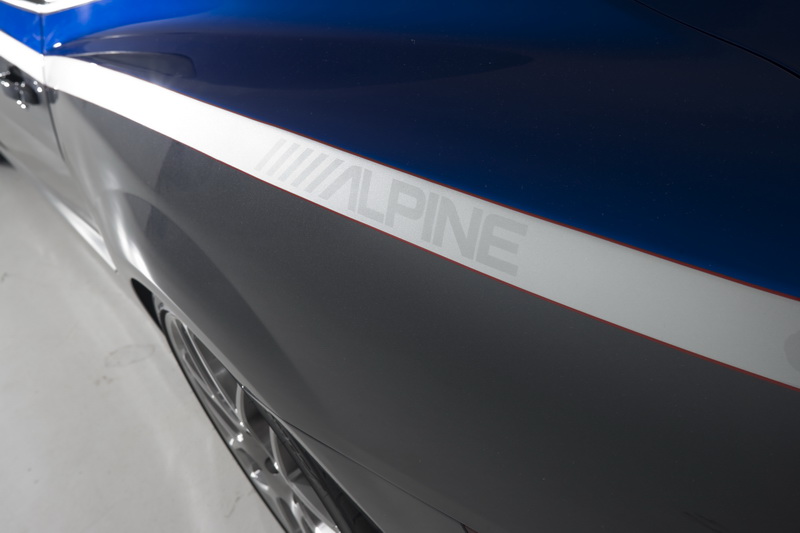 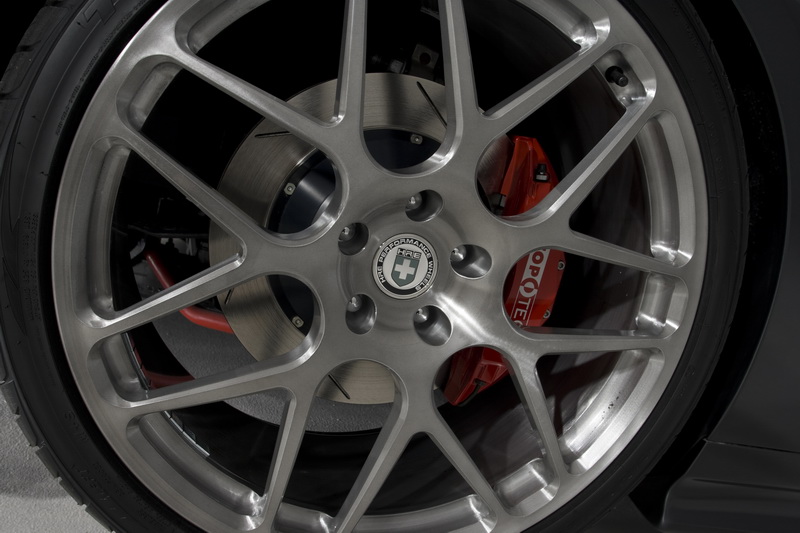 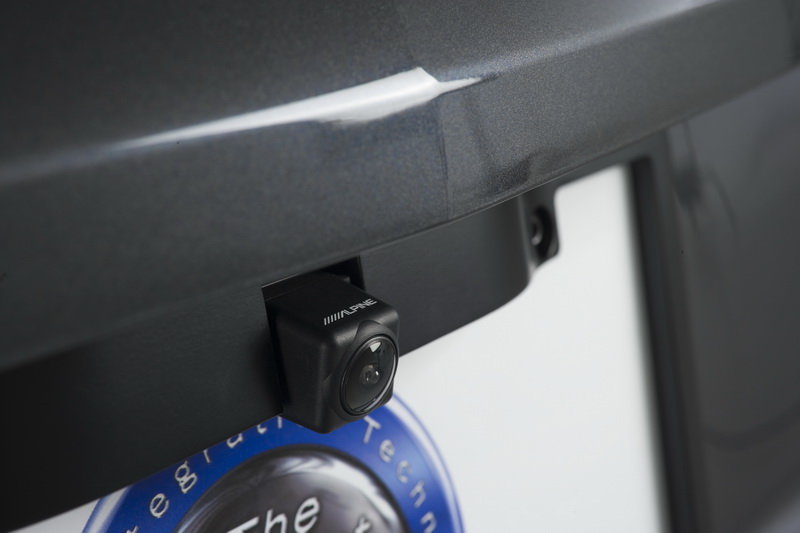 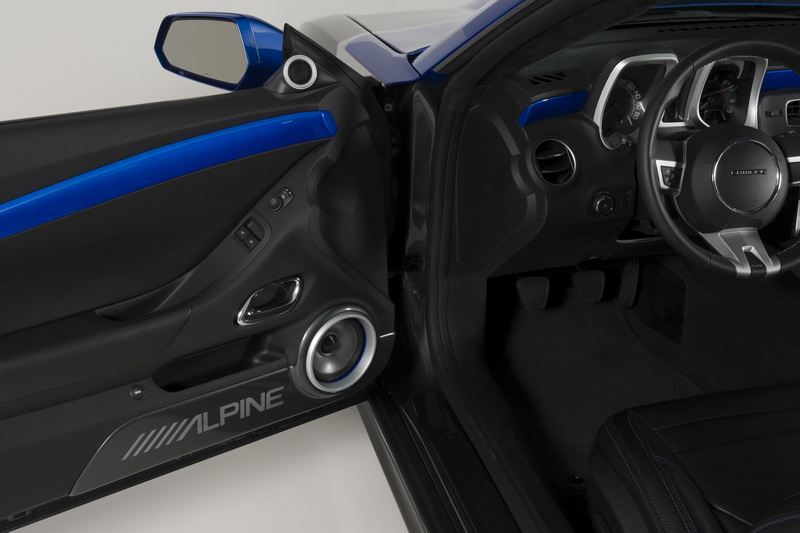 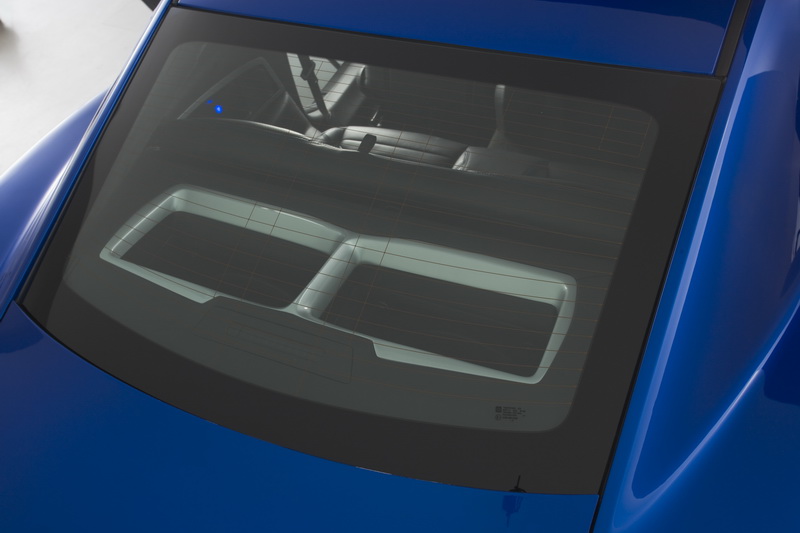 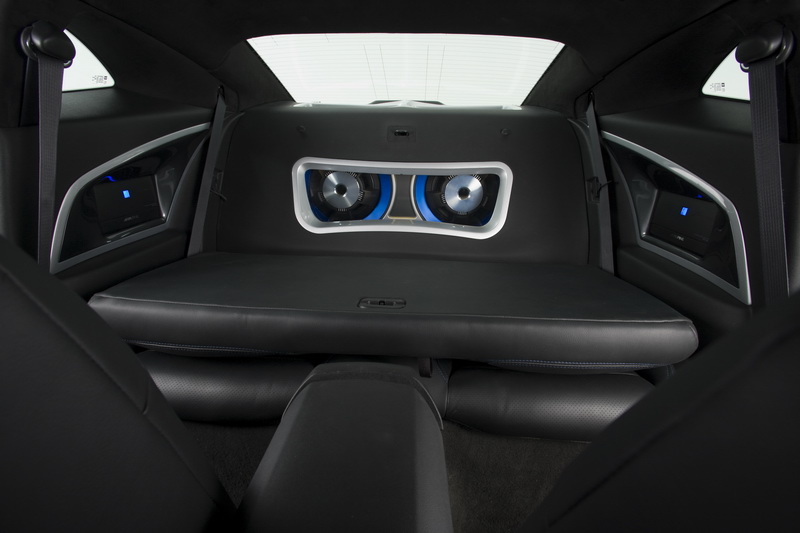 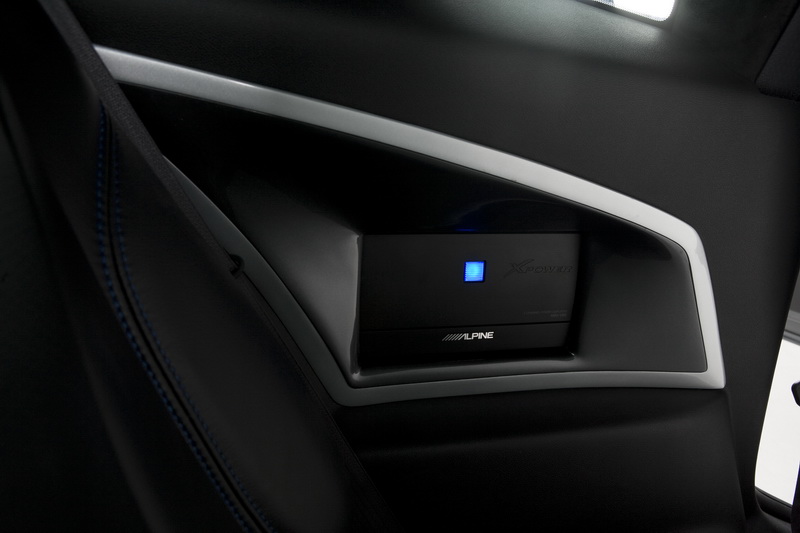 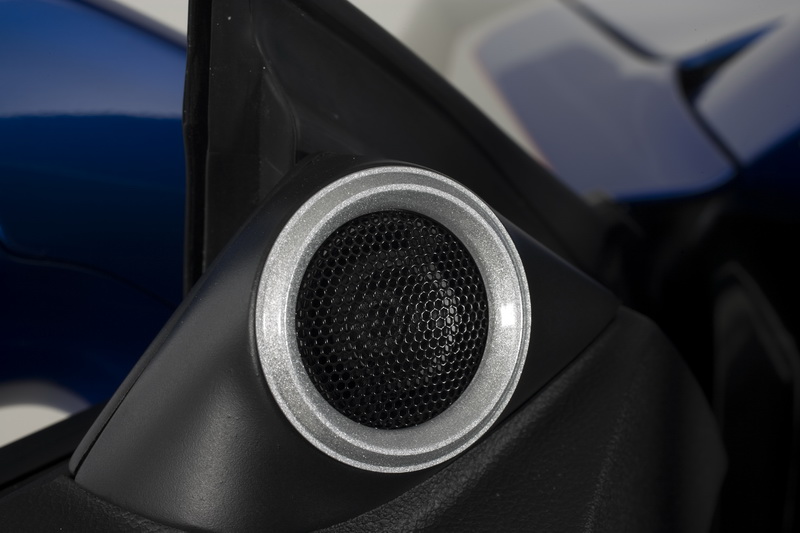 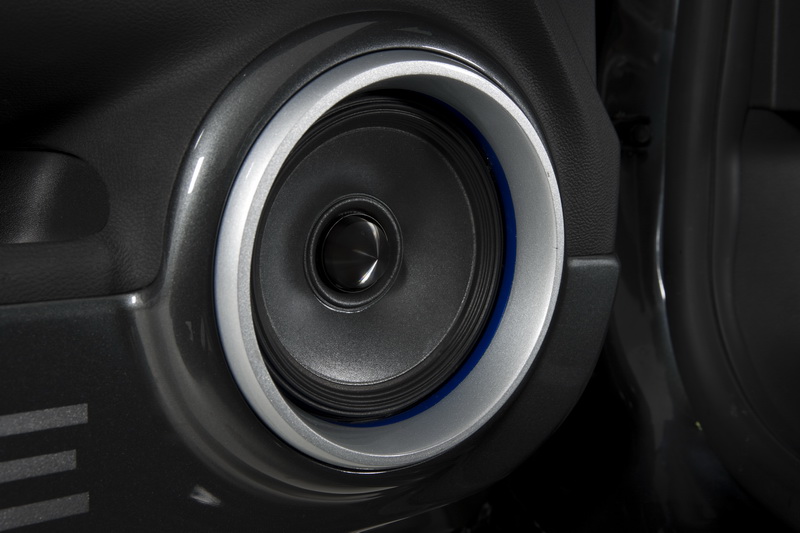 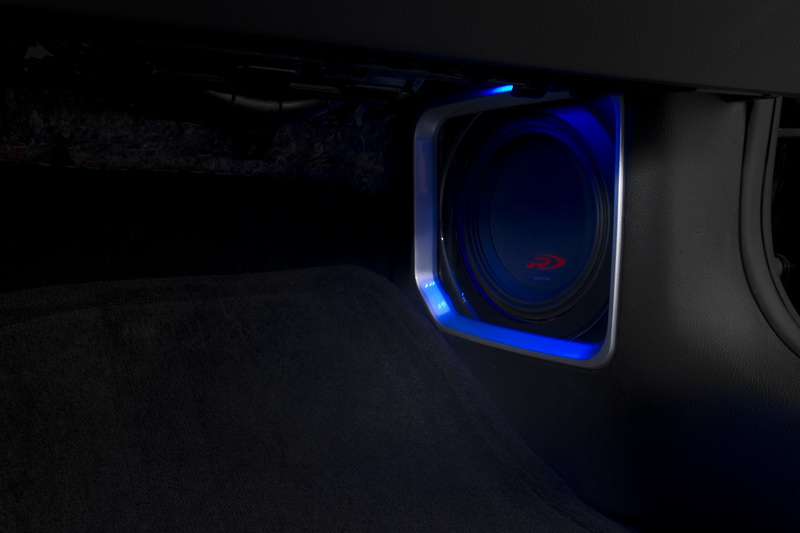 2020 Slamfest: Mike Barcia's 1996 Chevrolet Dually
Since 1992, Mini Madness has been the host club that organizes one of the largest annual shows in the Southeast known as Slamfest! This year, the 29th...