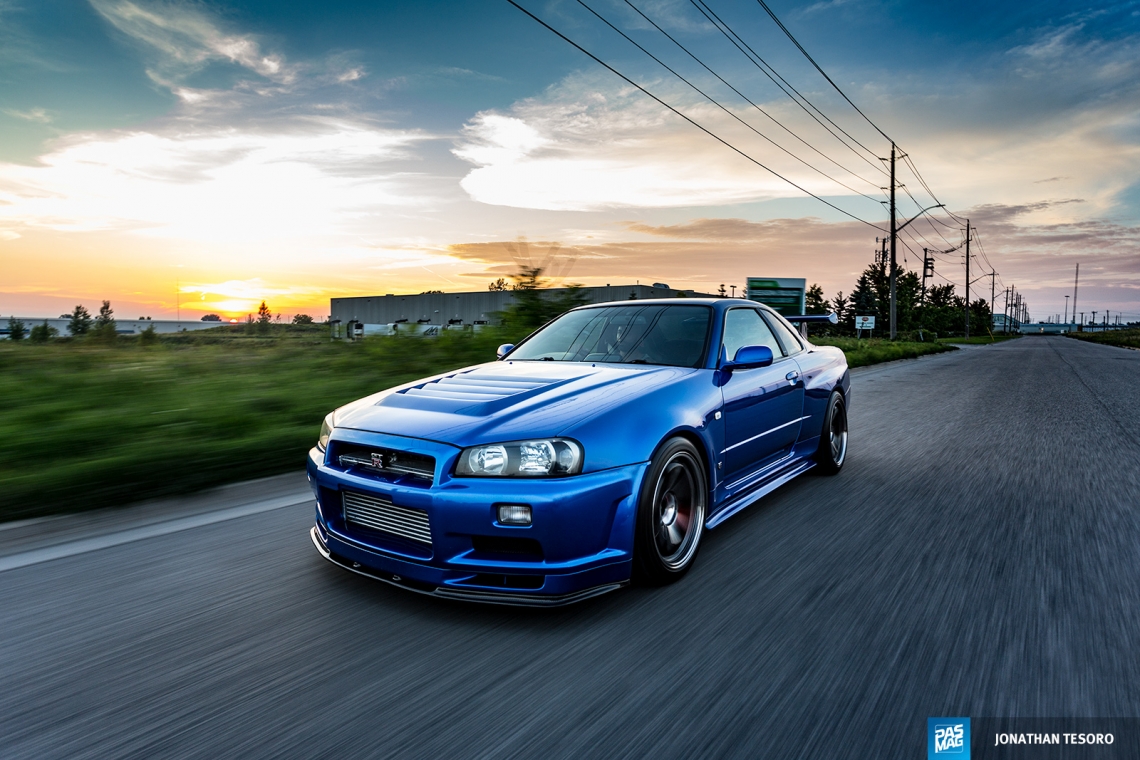 The pinnacle of every GT-R fanboy’s wildest dreams.

For many enthusiasts of all ages, this is the top of the totem pole. Timeless design, pop culture stardom, refined engineering, and balanced yet potent performance potential all combine to make the R34 Skyline GT-R one of the most iconic cult classics of modern tuning. In addition to a long and impressive racing history, balance is an important theme across all GT-R models to roll off Nissan’s assembly lines over the years. For many, the R34 was the peak of this balance - an entire generation before the Skyline moniker was abandoned for the heavier GT-Rs of the modern day. These cars were truly the best of all worlds for enthusiasts.

Darren Shady is one of those enthusiasts who idolized the R34 GT-R, and like many who would come before and after him, his love for the car was a product of the pop culture he grew up around. For him, the first real exposure to the platform was via Gran Turismo 2 on the original Playstation. His intrigue for the hero car brought him down a path of extensive research and history lessons, and he became enamoured with the Skyline and its racing heritage. In no time, a man who grew up building Mustangs had a new dream car in a JDM rival to his original love for classic American muscle. 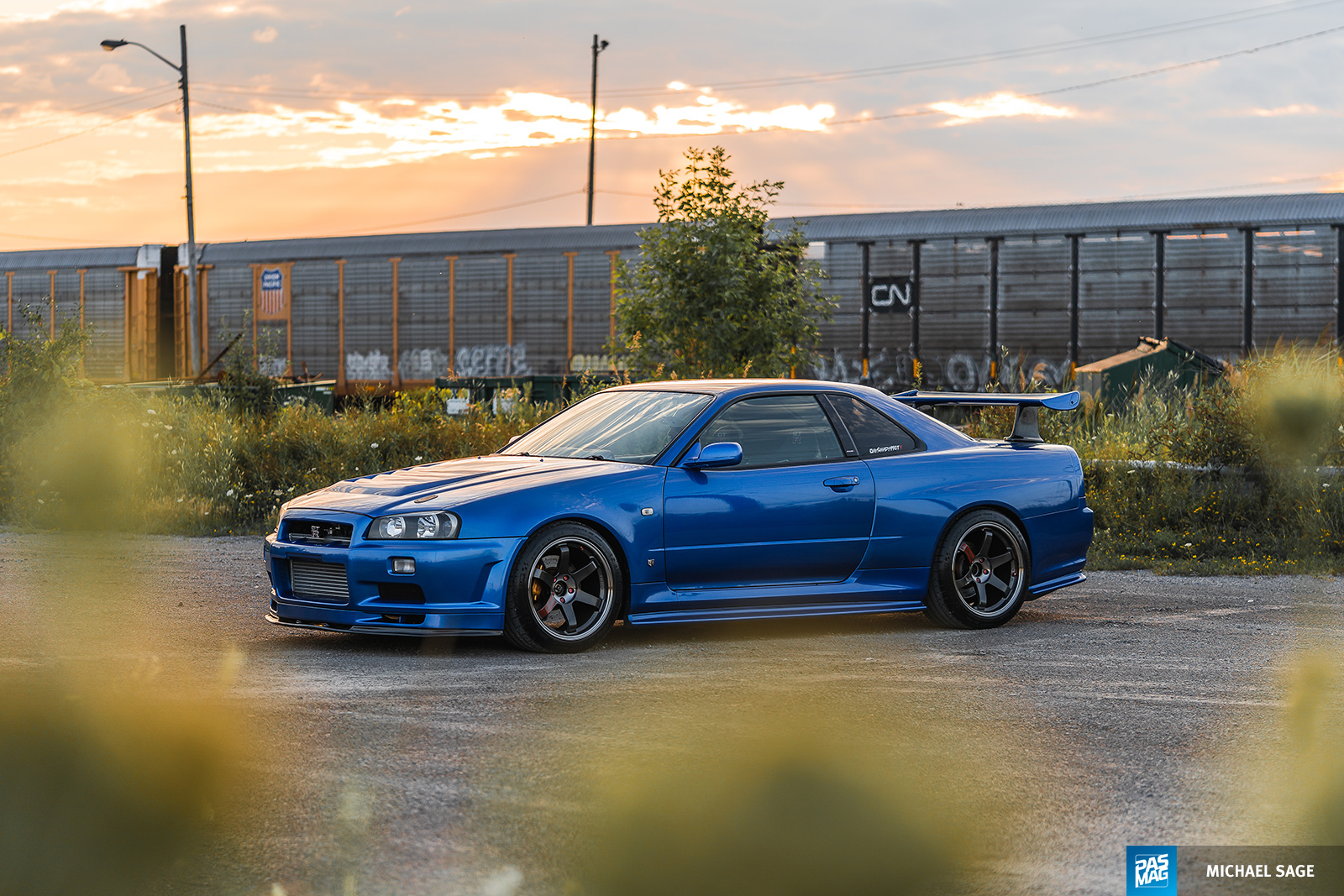 With a penchant for modifying cars that runs deep in his family, the Skyline GT-R was the perfect canvas for Shady to tinker with and achieve its true potential. In due time, Shady acquired a 1999 model for himself. Unsurprisingly, there were no other R34 GT-Rs in his area when he picked up the car, so it was up to him to blaze a trail for the local scene by carefully researching every modification. He knew from the beginning that he wanted a well balanced build with plenty of power on tap, but he also wanted it to feel at home and comfortable on the street without making for a punishing driving experience. 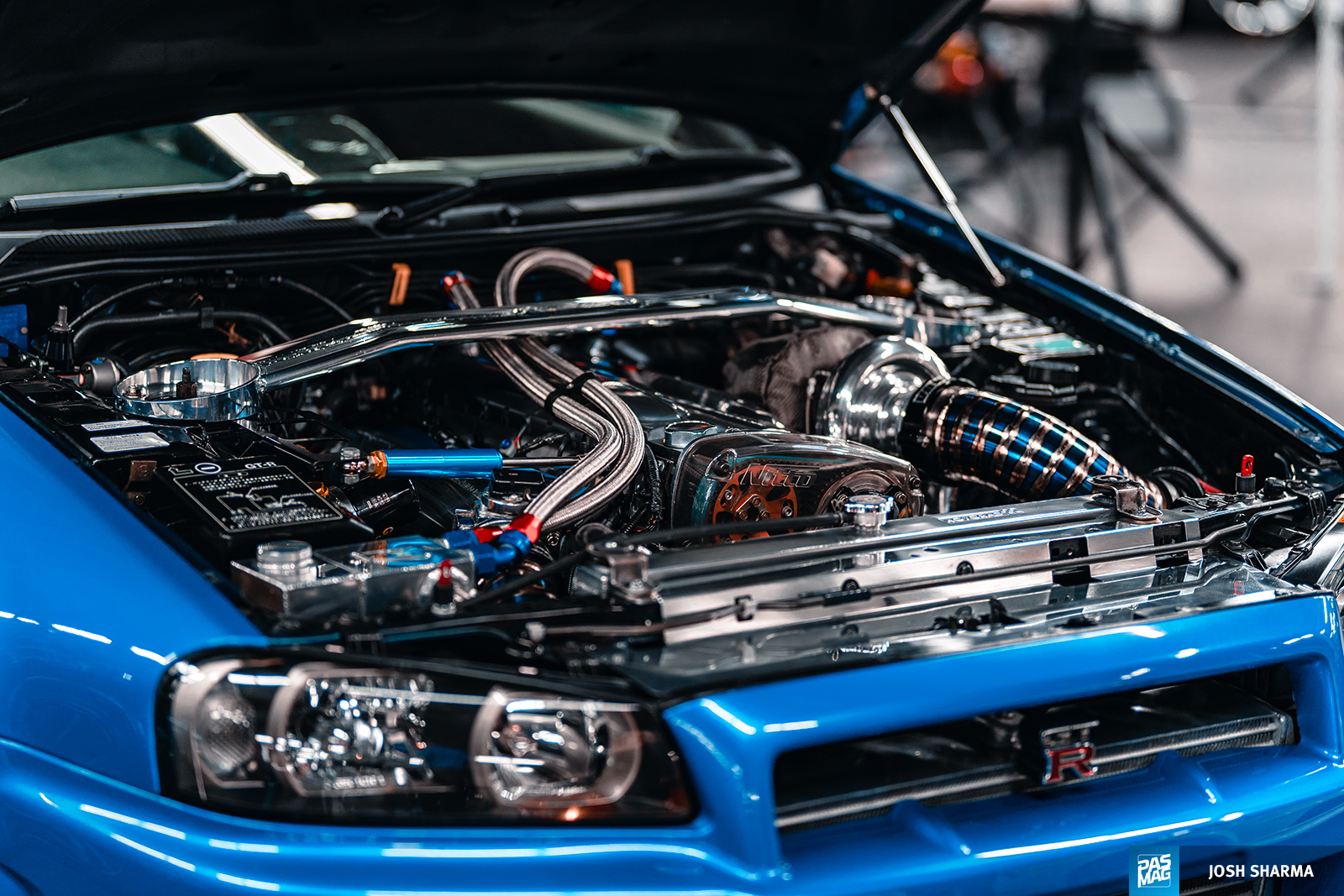 After some initial complications with a cracked block and a snapped crankshaft, the RB26DETT was rebuilt using an N1 block and forged internals. Every part inside or on the engine was carefully selected based on its proven track record and recommendations from reputable builders. The result is an engine made up of an eclectic mix of high quality parts from brands like Tomei, Supertech, ARP, and many more trusted names. This paid off in spades, as Shady says the single-turbo converted RB has been rock solid since the refresh. The single turbo mentioned was upgraded to a BorgWarner S369SX-E FMW turbocharger recently, but at 25 psi on an E80 ethanol tune for the previous smaller turbo, it made a potent 803 whp and 622 lb-ft of torque. It’s only going to get better from here with the new setup! 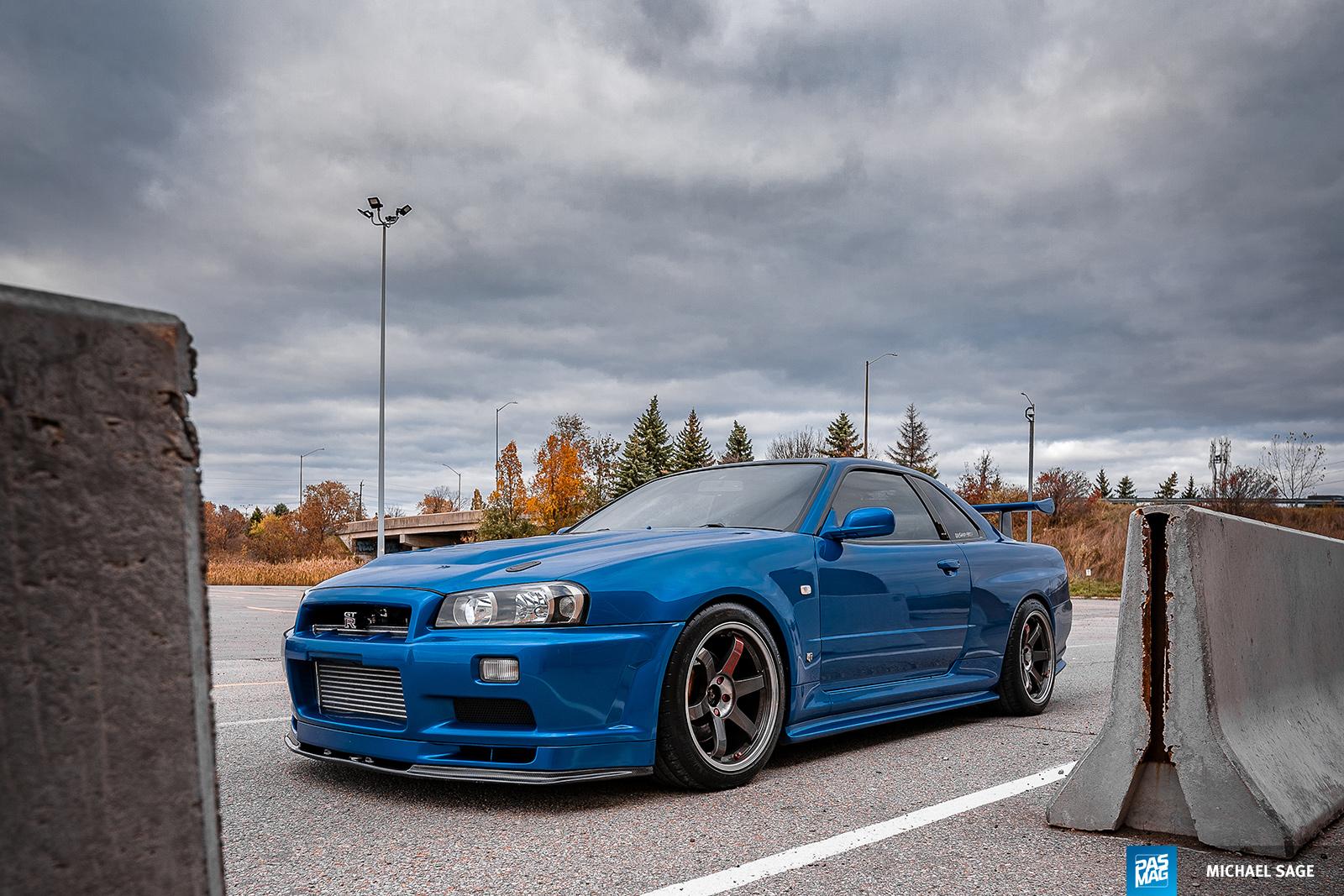 Behind the engine, the drivetrain is made up of an ExtremeClutch 230mm twin-disc organic clutch and lightweight flywheel mated to a Getrag V160 six-speed transmission, which is bolstered with Synchrotech Pro-Series steel/carbon fiber synchros and hardened synchro sleeves - more than capable of containing the 800-plus wheel horsepower on tap, as well as the planned 1,000-plus horsepower Shady has planned for the future. A combination of Brembo calipers, DBA rotors, and Hawk Performance brake pads bring this freight train to a stop at the drop of a hat, and a square set of Michelin Pilot Super Sport tires measuring 285/35/18 throughout keep the car stuck to the road, looking great while wrapped around 18x10.5 TE37SL wheels in a Gunmetal finish. 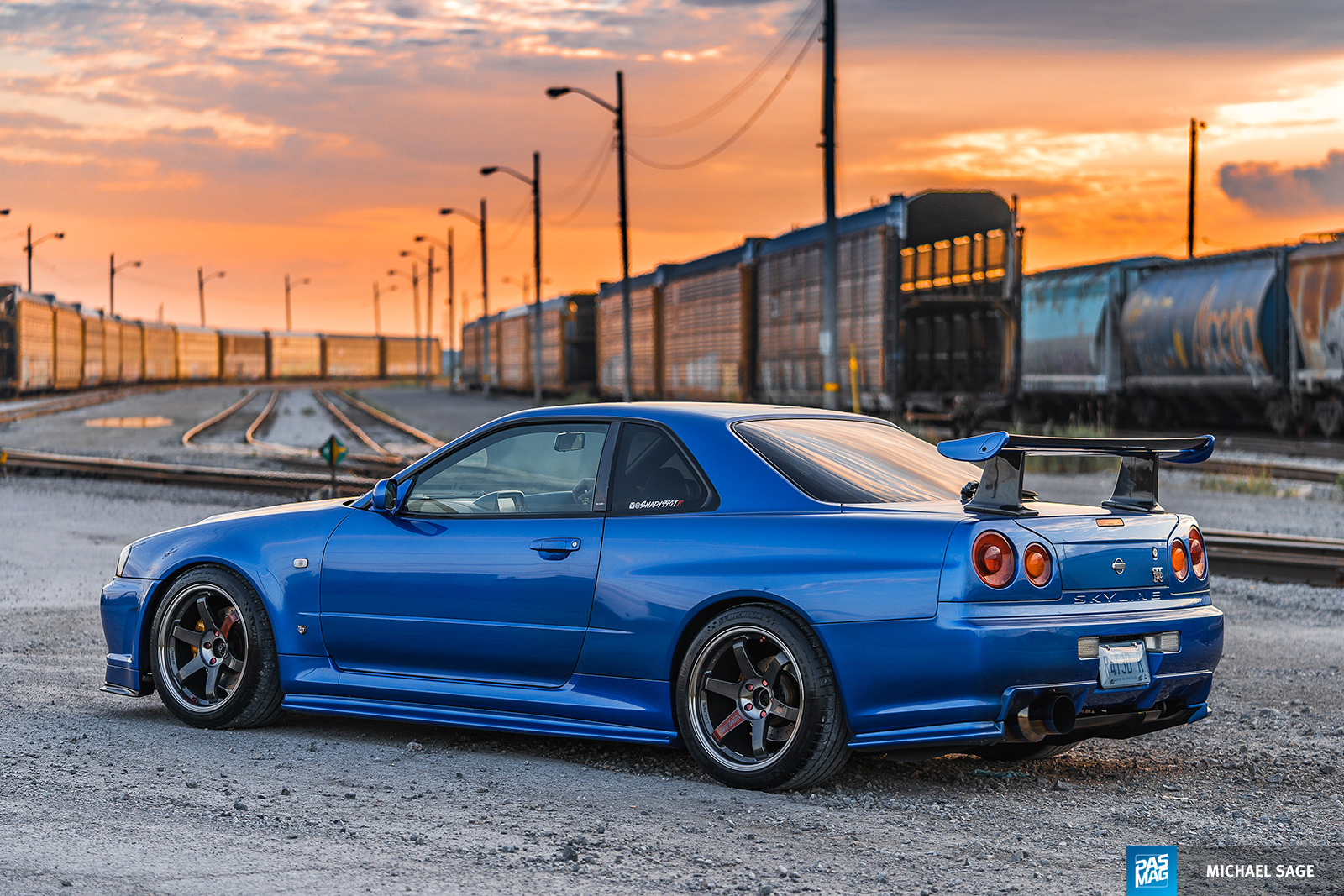 Stylistically, Shady keeps things simple in order to preserve the overall timelessness of the Skyline’s design, adding only subtle changes to accentuate design cues, rather than replace or reshape them. Little touches like the paint-matched Seibon DS carbon fiber hood, Jun carbon fiber high wing stands, and Nismo’s carbon fiber wing blade, front lip diffuser, dry carbon rear diffuser, and pillar garnishes all work in tandem to keep the aggressive design true to the original, with some added flair for good measure. Finishing off the look, and adding some handling prowess, is a set of HKS Hipermax SP coilovers, lowering the entire car nicely over the iconic Volk Racing wheels. 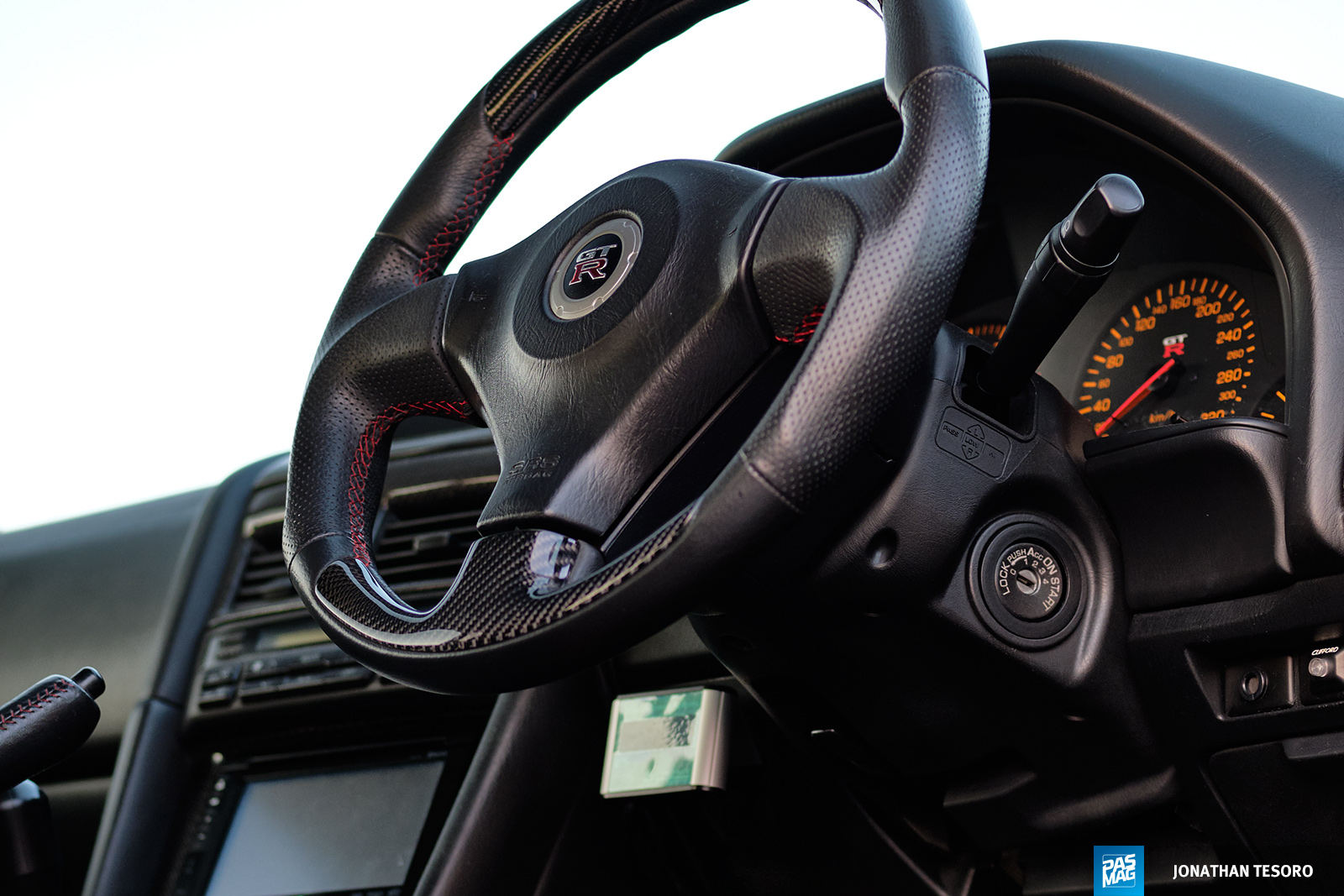 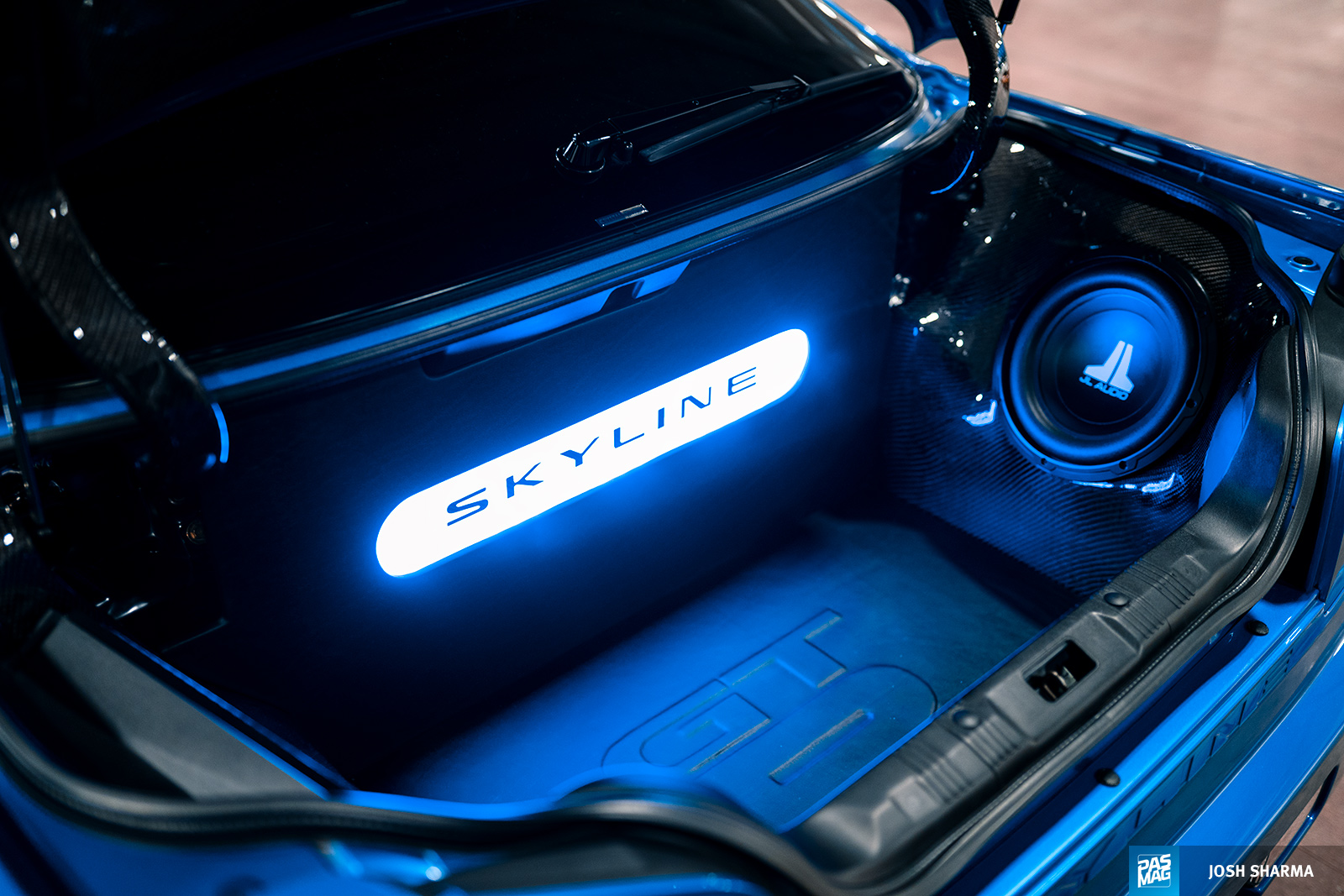 In the trunk, Shady let the custom work shine. A tribute to Paul Walker, a name now synonymous with the R34 thanks to the Fast & Furious franchise, decorates the rear elements of the audio system with a beautiful carbon fiber and LED display by Beyond Concepts. It’s the perfect home for his JL Audio subwoofer and 5-channel amplifier. Other audio components include Pioneer 2-way component speakers and 4-way coaxials hidden throughout the cabin. This build really does do it all, and Shady has his partners and friends to thank for so much of the car’s well-roundedness. The biggest of thank-yous were given to Josh Dunand and the crew at Amaris Premium Autocare, Matt Morgado of GT Custom Exhaust, Radek Kilarski of RS Tuning, and Bruce Lim of Beyond Concepts.

“I also want to recognise and thank my good buddies who are always there to help me out whether it’s a spare part, their time, or their expertise,” Shady says in closing. “Big thanks to Connor Macdonald (@thatszguy), Jeff Bingley (@bingr34gt4r), Phil Marino (@phil_r33) and Sam Rodriguez Matos. Huge thanks to all the talented photographers and content creators that always make my GT-R look its best. I’d like to specifically recognise Abdul Elabed (@media.32), Jonathan Tesoro (@takara.style), Josh Sharma (@lowspecmedia), Michael Sage (@capturedbysage), and Robbie Nichols Mialkowsky (@6ix.rides) who all regularly shoot the car and consistently provide me with awesome content. Shoutouts to the whole VQNorth crew, the GTA GT-R club, and the GTA Motorheads squad!” 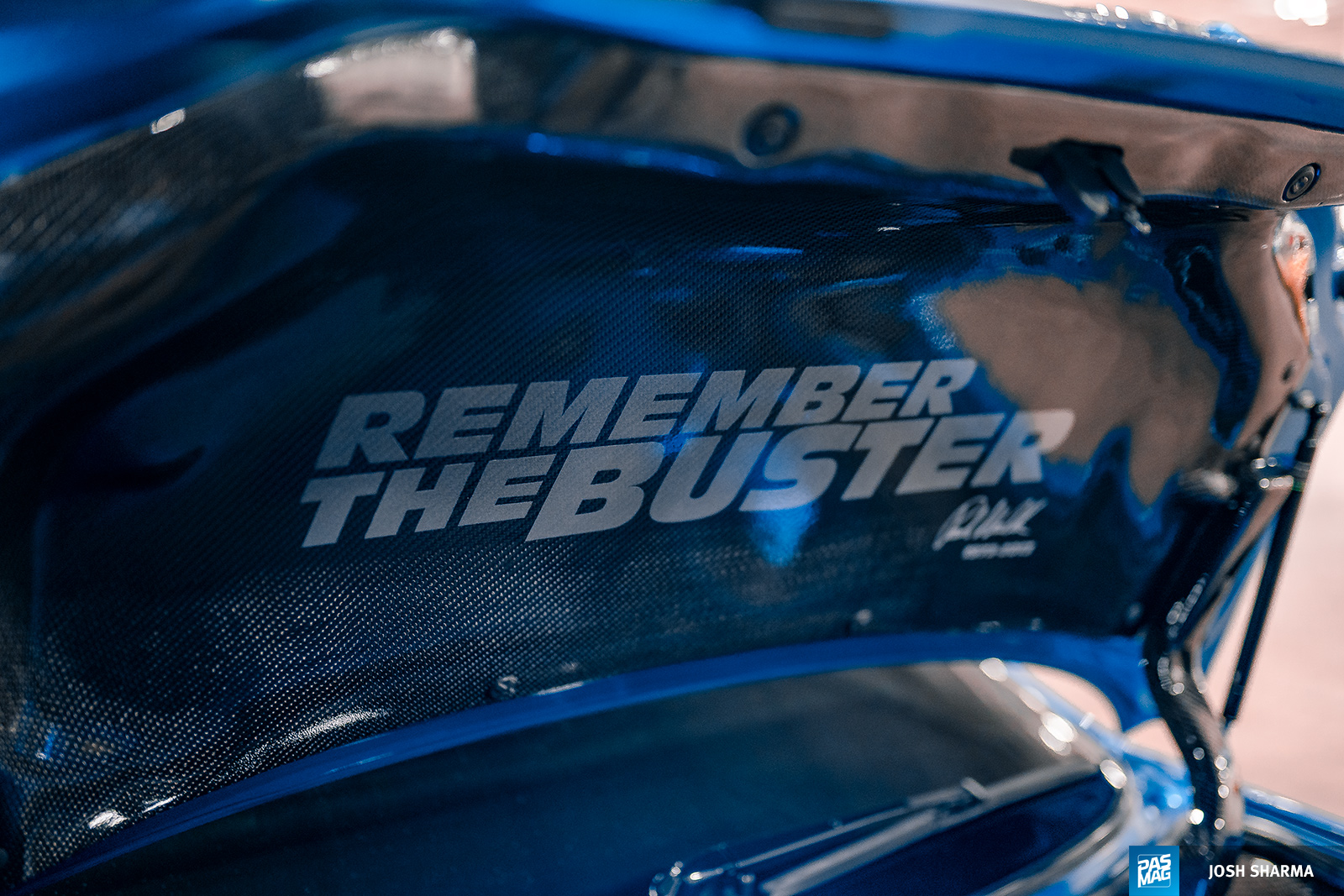 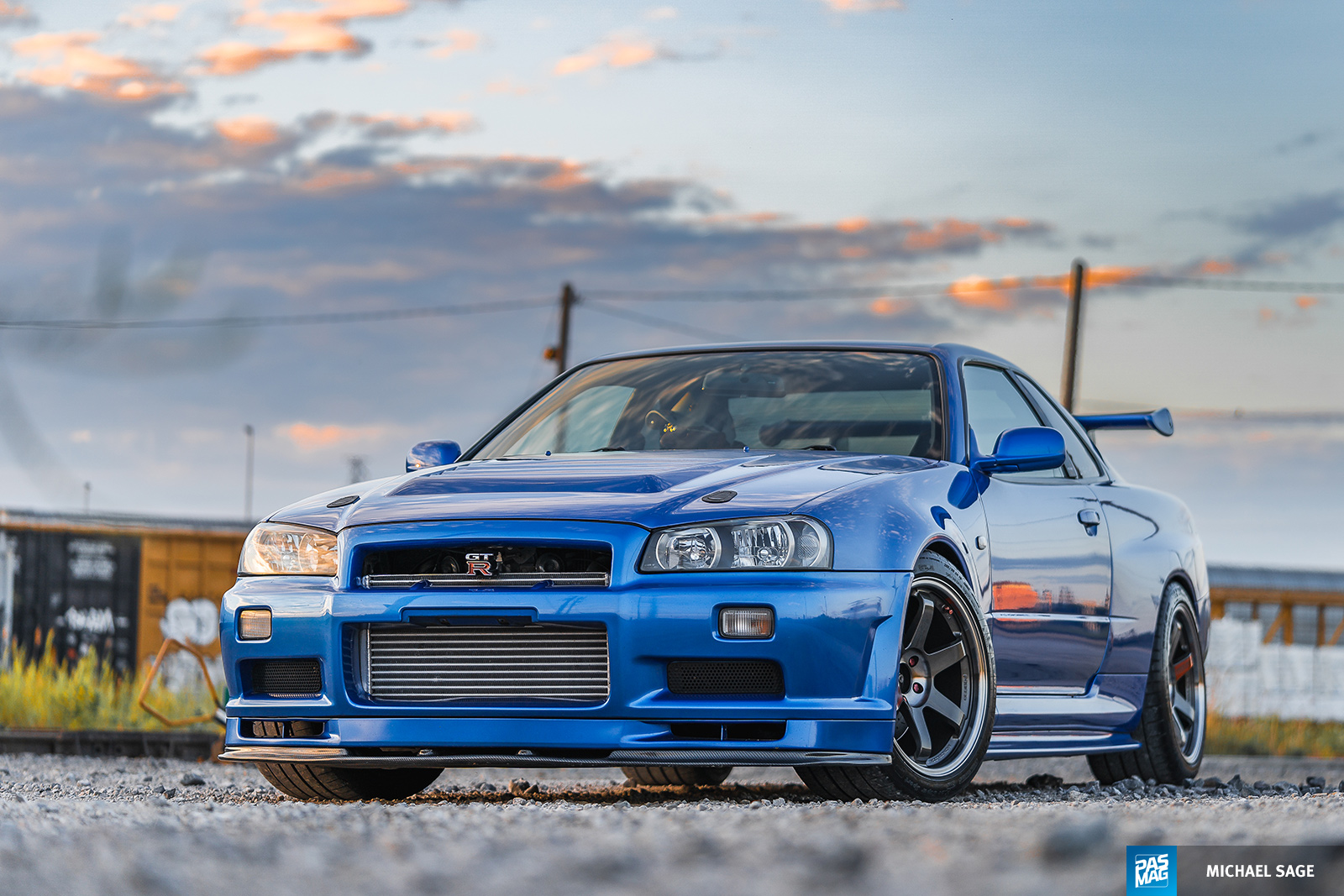 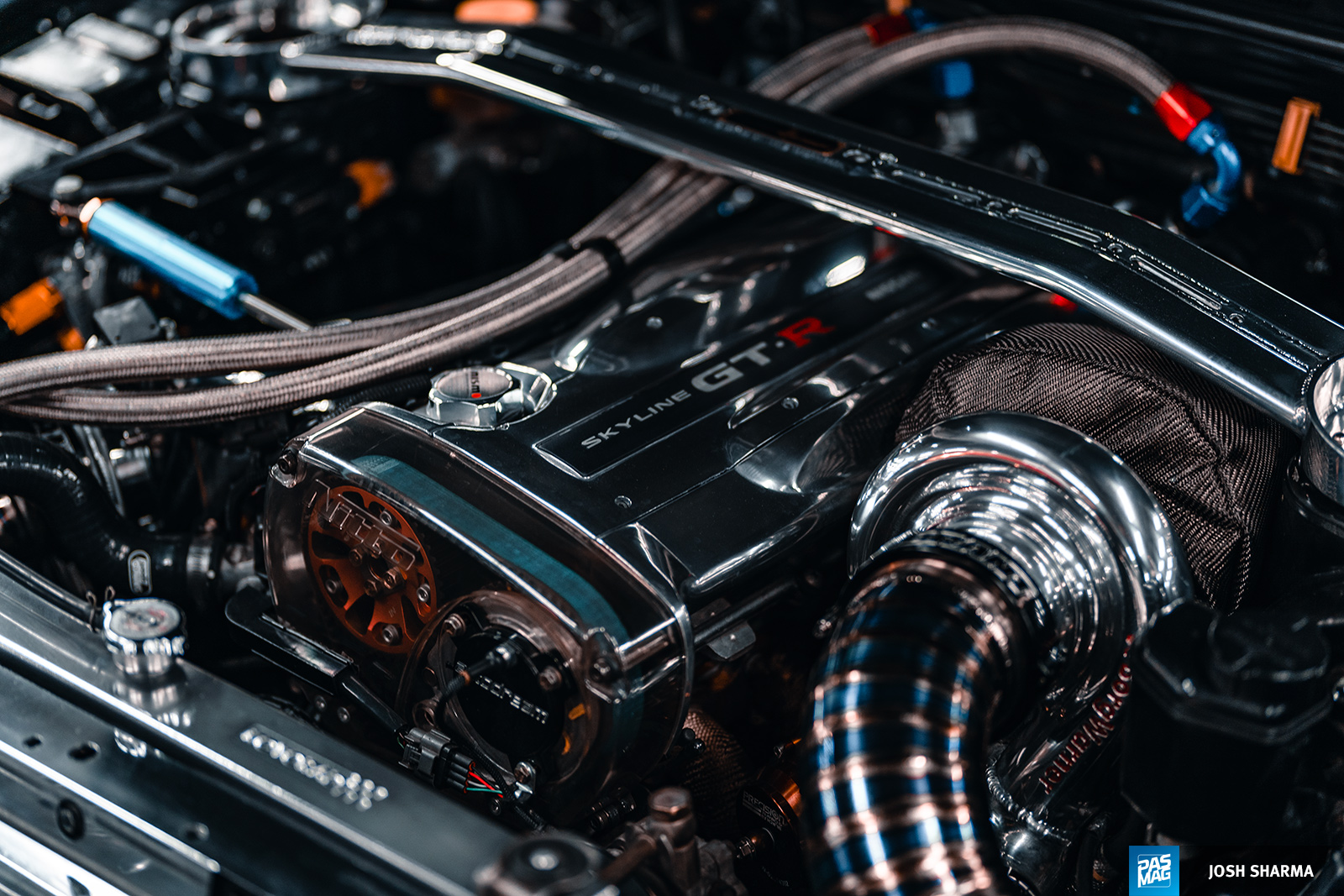 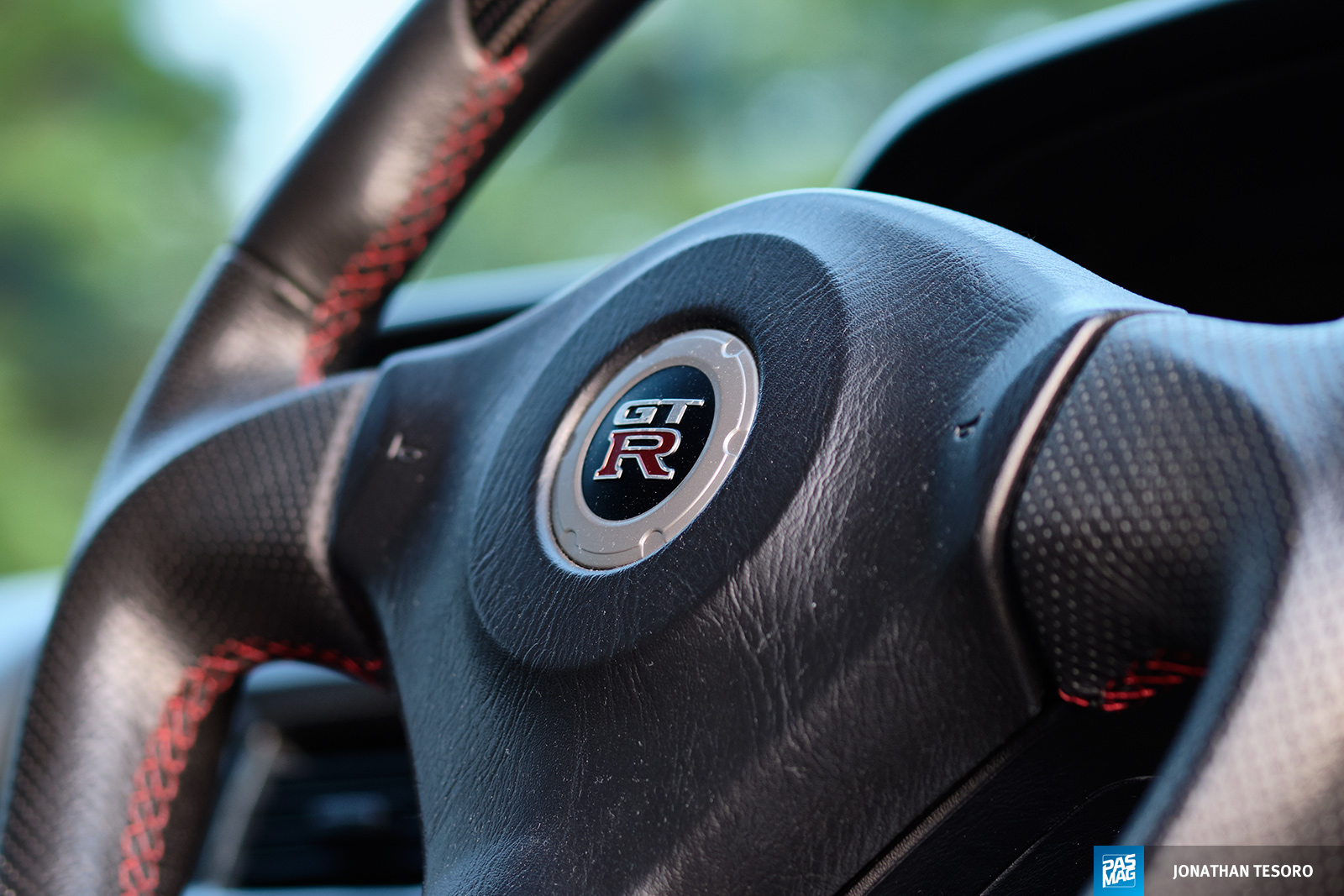 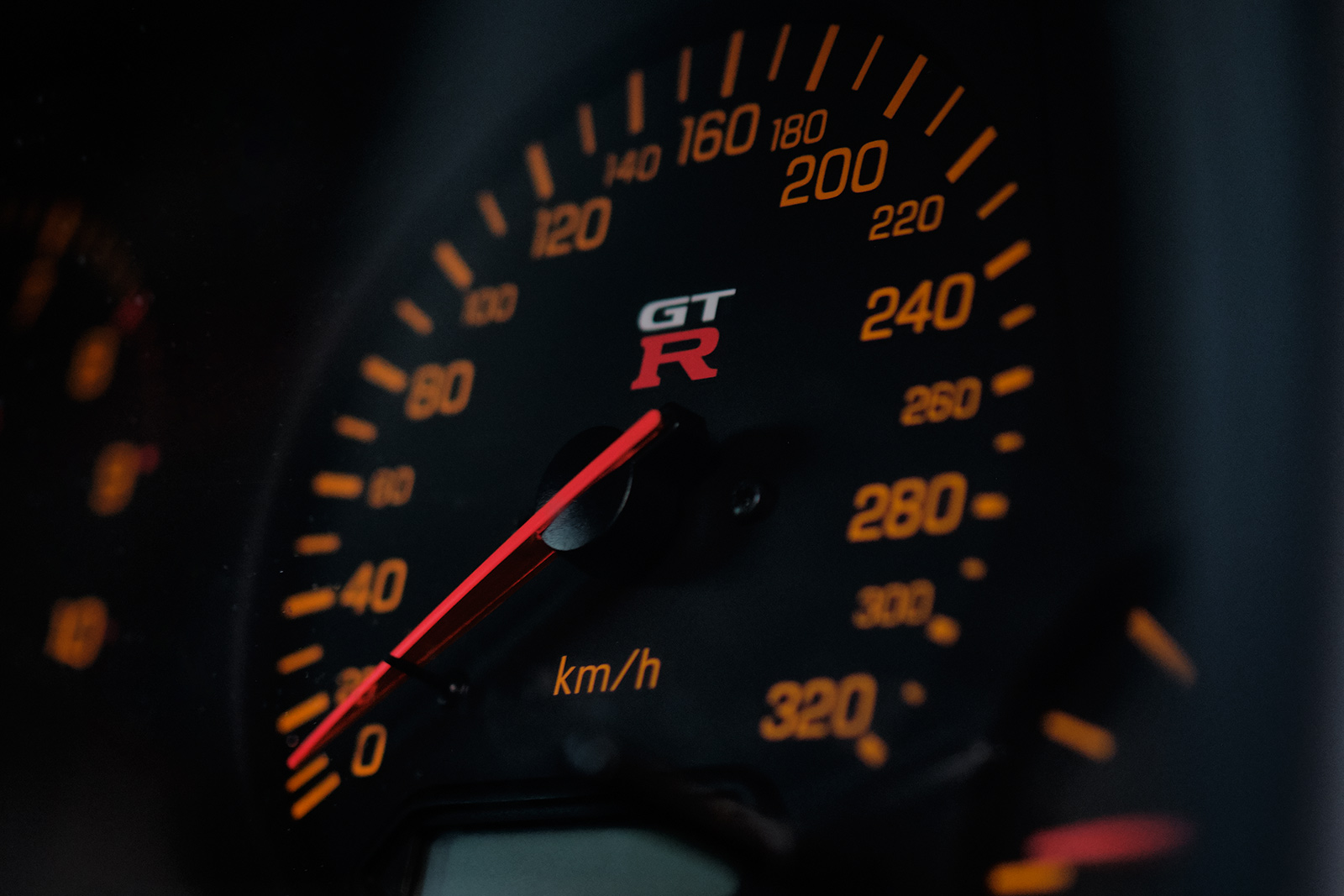 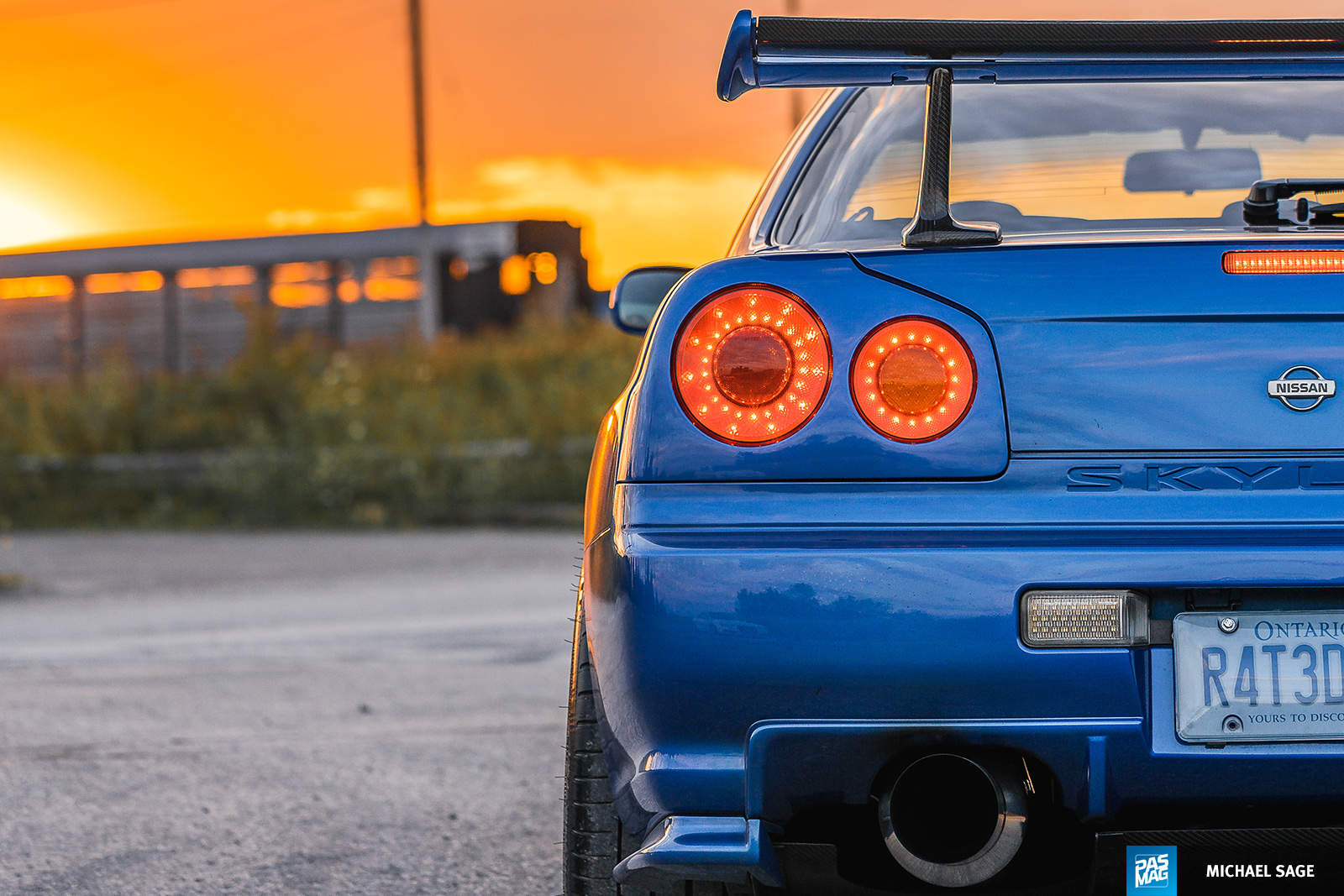 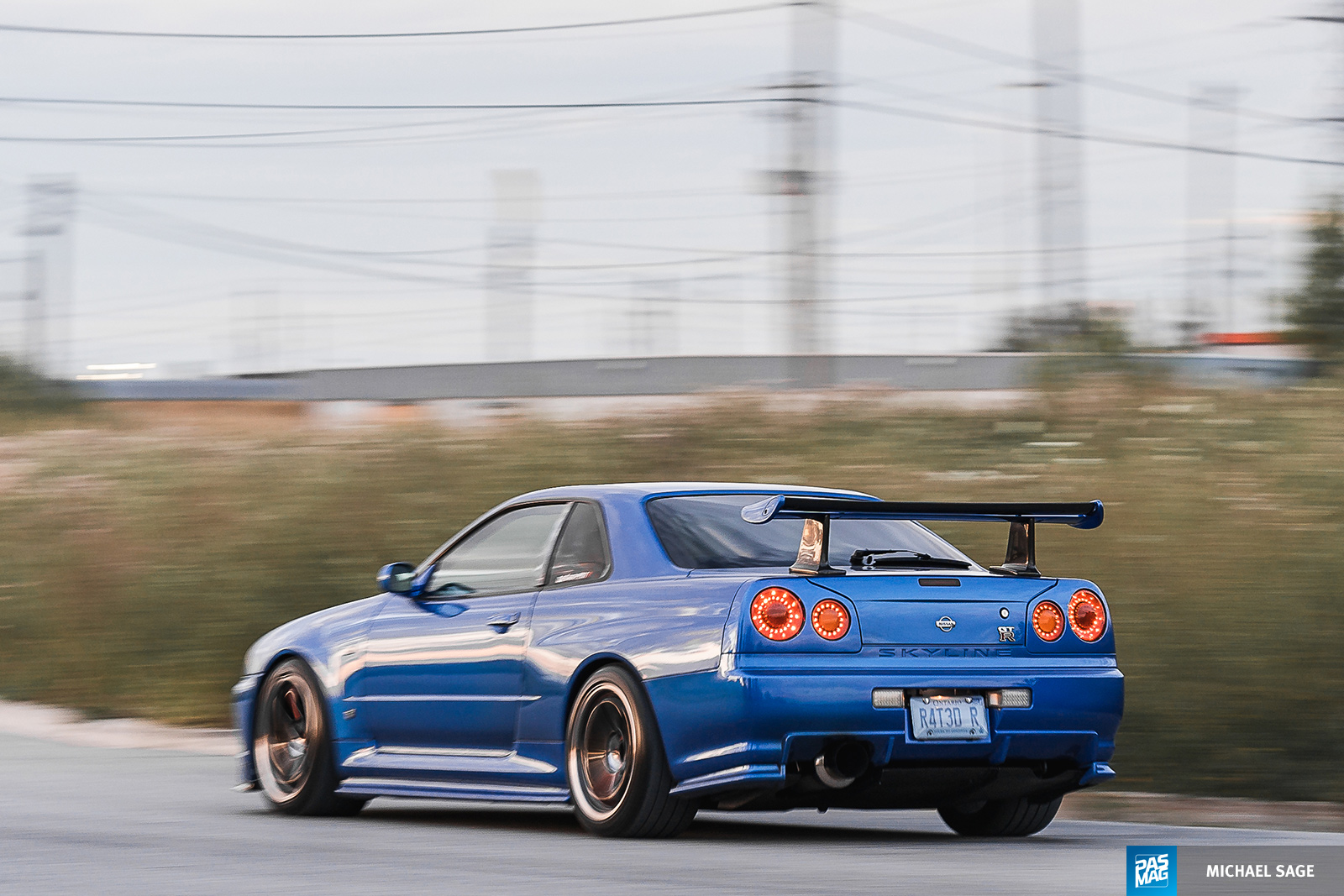 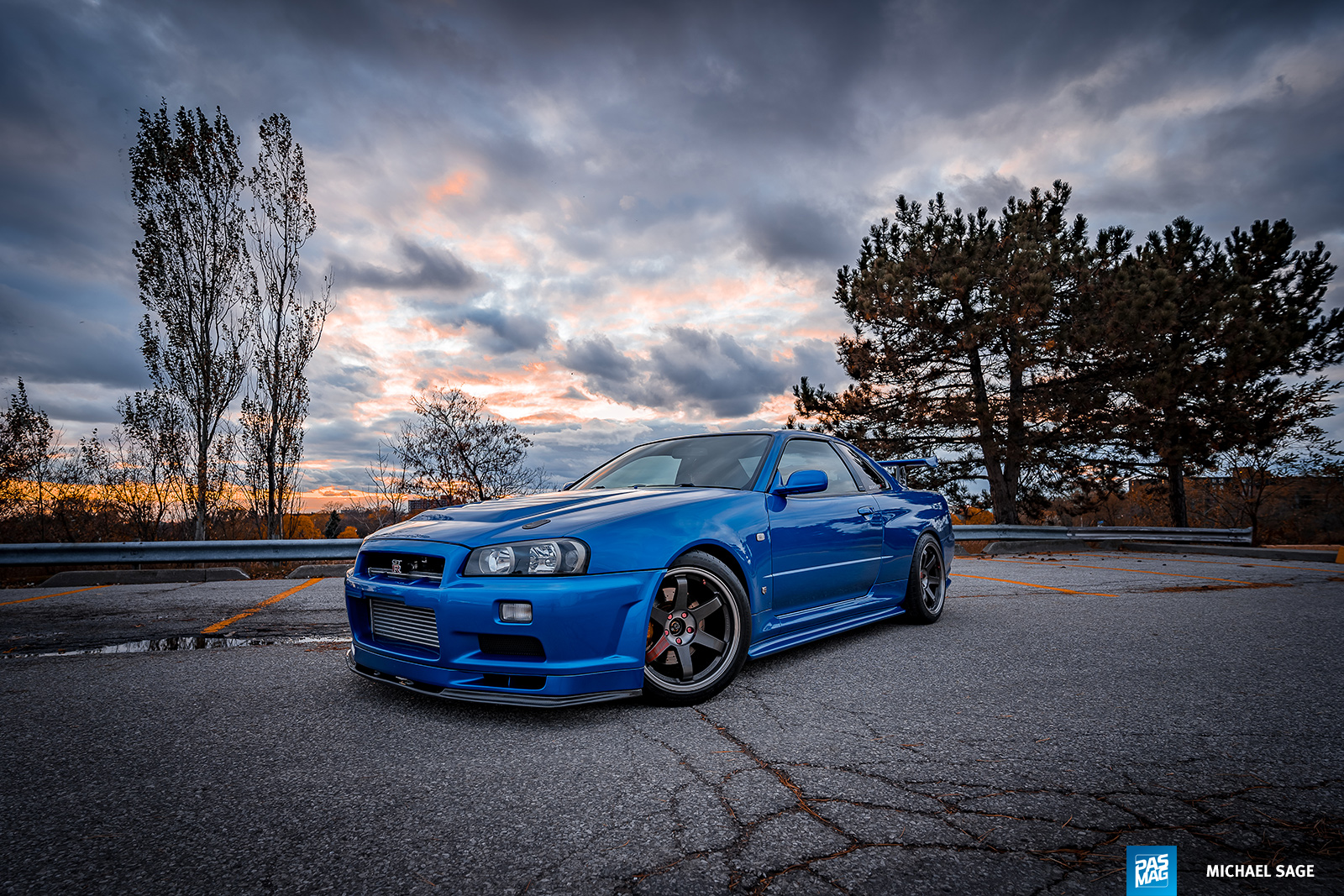