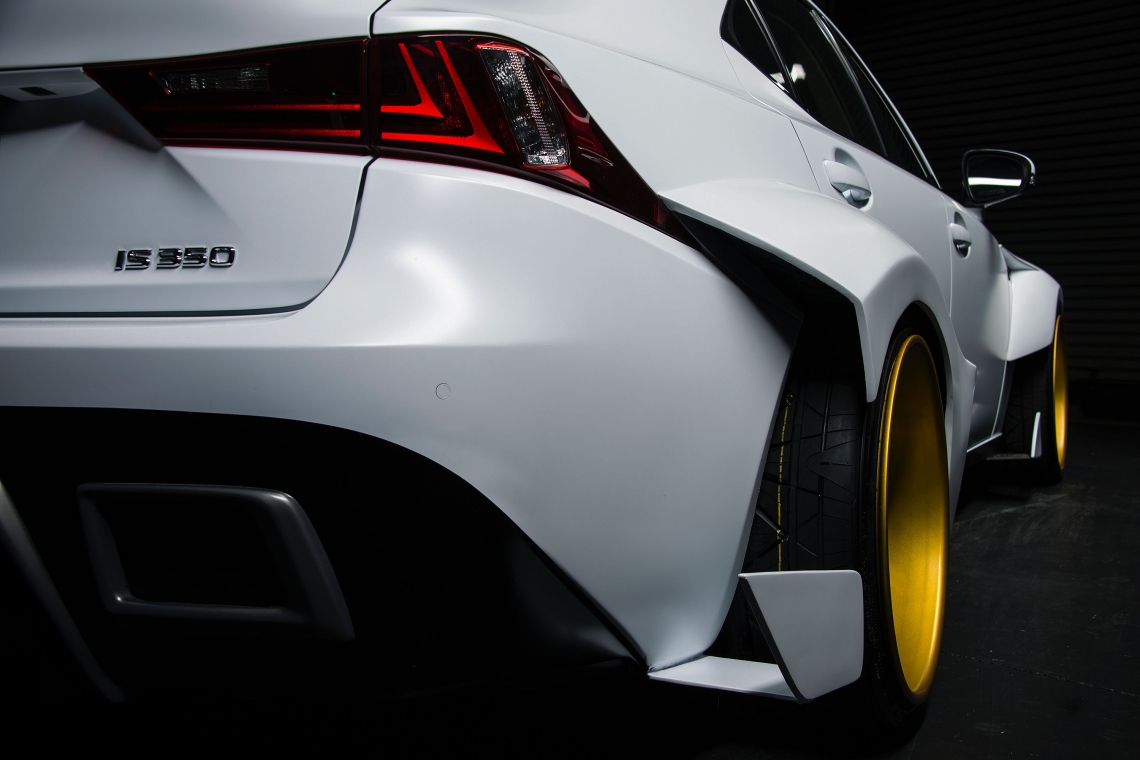 When the new IS was unveiled last year at the North American International Auto Show in Detroit, mouths salivated at the sharp new styling and bold new direction of Lexus. No longer was it the Japanese brand of luxury for the older generation, Lexus was coming into its own as a marque of aggressive luxury that could also perform. The IS 350 F Sport is largely an appearance upgrade for the impressive 350 model, but it gives onlookers enough of an idea of the massive potential of this new German sports sedan challenger.

The styling enhancements are obviously the biggest draw for the latest IS. In the build-up to the 2013 SEMA show, Lexus opened the doors to auto designers, graphic artists and general enthusiasts to create their idea of the ultimate IS on DeviantART.com, which would be built and shown at SEMA. The competition was completely open to the public and surely, the automaker didn’t know what to expect. More than 500 submissions ranged from simple paint schemes to hand-drawn catastrophes, but thankfully the competition was filled with its fair share of skilled artists and experienced automotive designers who wanted to see their designs come to life. 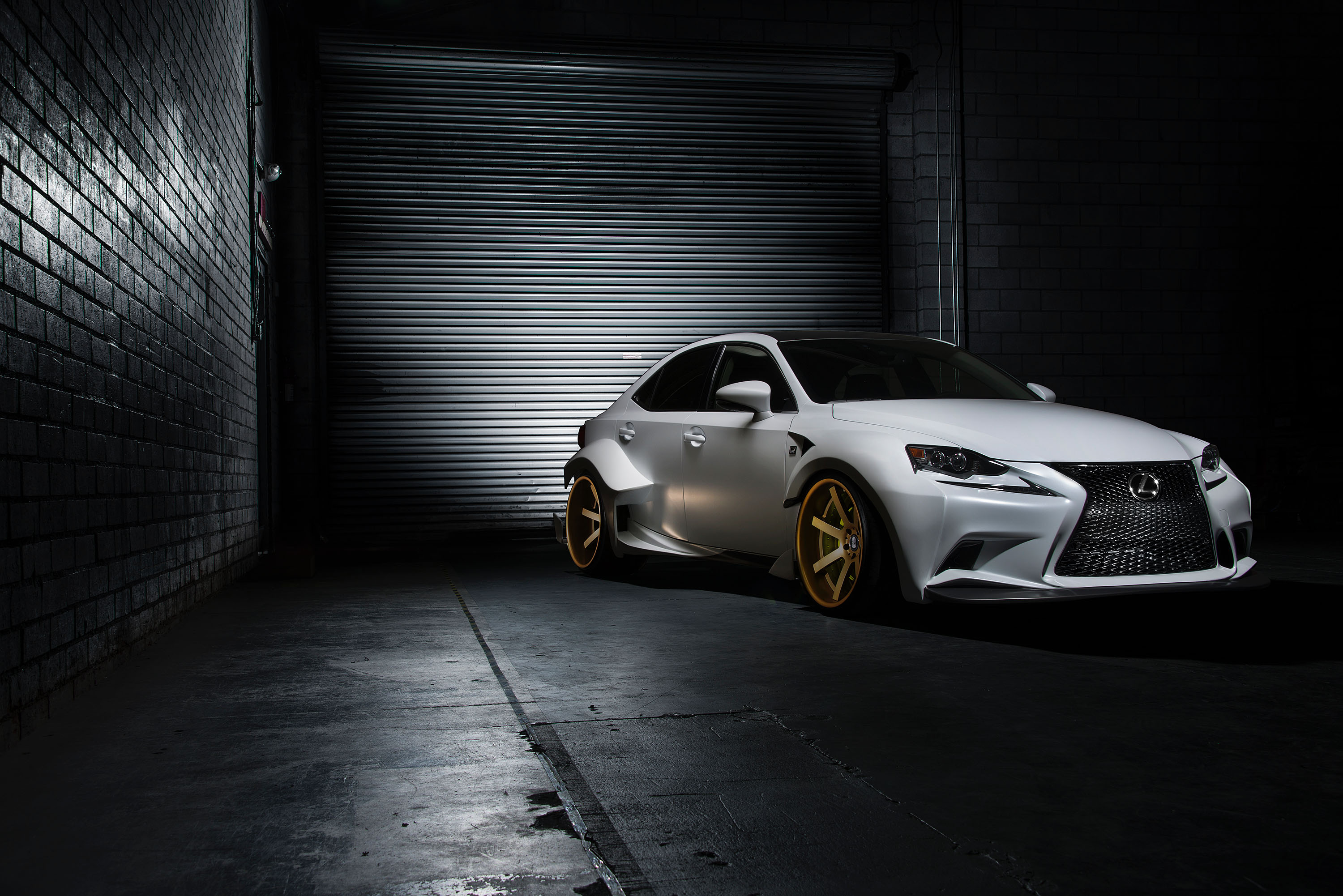 The Lexus IS you see here is the winning design courtesy of Rob Evans, and arguably the boldest and most radical of the bunch. Ironically, it’s also one of the cleanest, carefully walking the tightrope of a monstrous wide-body design while staying true to Lexus’s identity.

To give you the Coles Notes version, Evans’ experience in design stretches far back, but his background is probably what you’d least expect. He took plenty of art classes growing up, even enrolling in courses throughout college, but he got his start as a designer for home and garden accessories, where he still puts in his 9-to-5.

His experience doesn't detract from this build in the least. In fact, it makes it that much more impressive. Evans always had an interest in automotive design, building scale models and even taking part in a Scion design competition years ago. He didn’t win, but it gave him the experience to know the type of quality required to get to the top. His work pushed him so far that he made the Lexus submission deadline with less than an hour remaining. 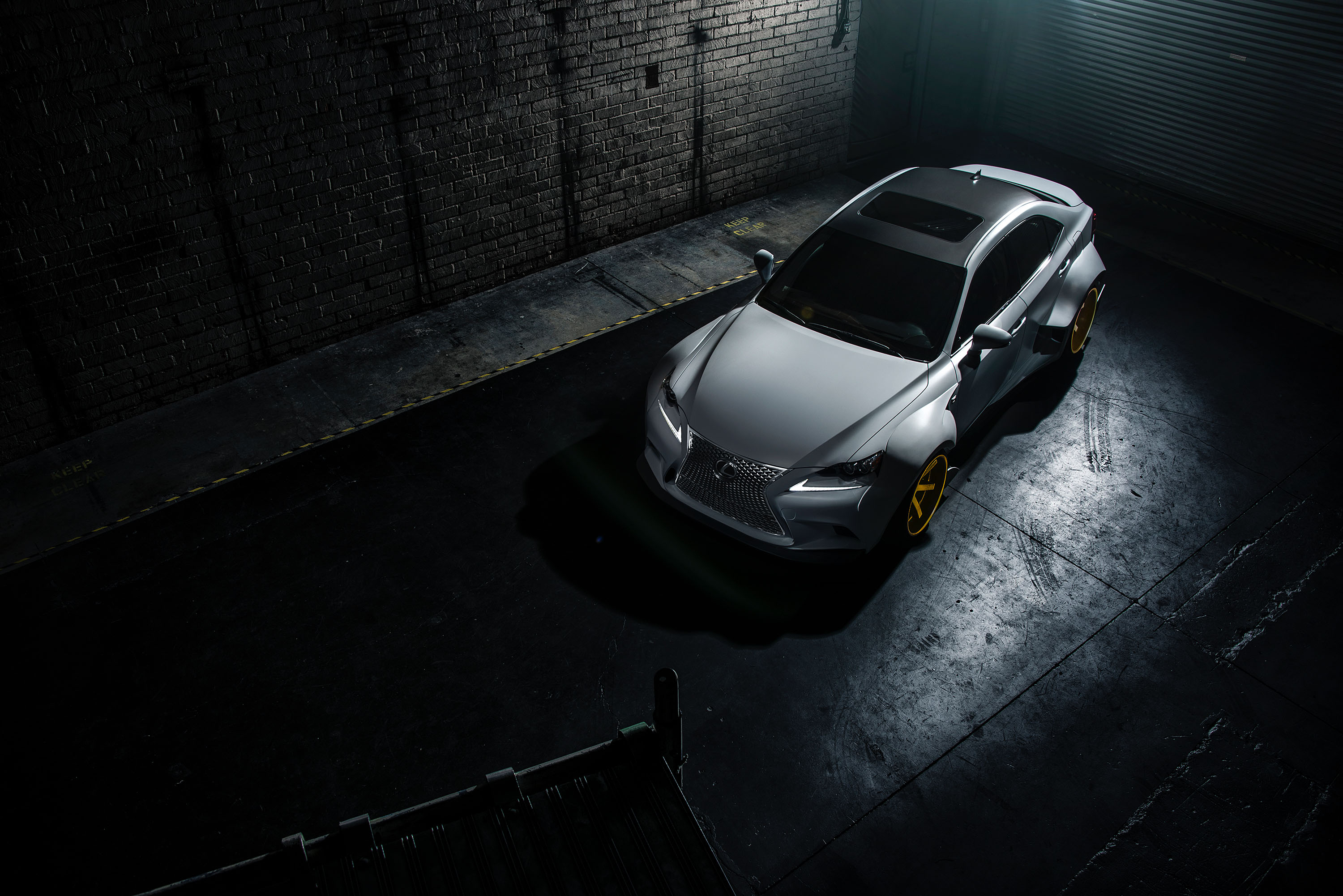 Initially the car sparked controversy, and it still does; some love it, some hate it. Maybe you’re a fan of the wide body, maybe you’re not. Some people have spoken out against the huge flares, the lack of working rear doors, even the one-off wheels have drawn criticism, to which we scratch our heads. But none of that overshadows the creative vision behind the design. And while it’s one thing to conceptualize it, putting together a build like this in an extremely short time frame is a whole different story.

Tasked with that challenge was Clark Ishihara and his crew at VIP Auto Salon. Ishihara was one of four judges on the Lexus panel to determine the winning car, along with Owen Peacock of Lexus, Nate Martinez from Motor Trend, and Alex Shen, head of the renowned Calty Design house in California, which is responsible for the Lexus LFA and the radical Toyota FT-HS and FT-1 concepts, to name a few.