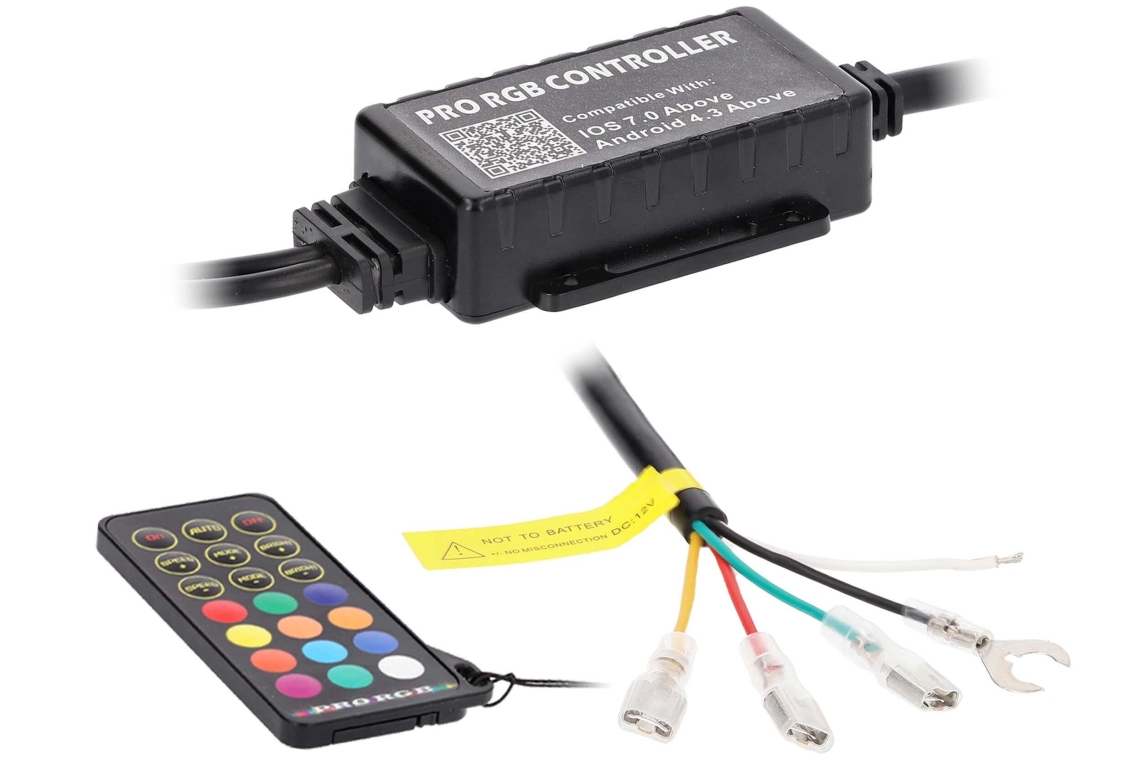 Heise LED by Metra Electronics is excited to present three new Heise Connect controllers for their popular RGB, RGBW, and Chasing automotive lighting products that pair with an all-new, free downloadable app that will soon be available for smartphones and tablets. These new products were on display at Metra's two booths at the 2022 SEMA Show, November 1st-4th at the Las Vegas Convention Center. These new solutions make it easy to customize and control LEDs and work with all pre-existing Heise LED lighting products.

The three new Heise Connect controllers each feature two wireless control options; an included remote control or using the Heise Connect downloadable app coming soon for smartphone or tablet. A customer can easily group multiple controllers through the app, and every controller has left and right zones for independent turn signal control wires and a dedicated brake light trigger wire. Each controller is specifically designed to work with only RGB, RGBW, or Chasing LEDs, respectively. Features of these new controllers include:

Heise Connect App
The Heise Connect app is coming soon and will allow users to remotely control Heise LED lighting products from the palm of their hand. The app automatically connects via bluetooth and detects the type of control box connected to the app; RGB, RGBW, or Chasing, allowing groups of all products to be used and controlled within the same mobile app. A selectable color wheel lets users choose from 16 million RGB color options and a true white light color option available with RGBW products. Users can also select from 24 pre-programmed patterns for RGB and RGBW, and 170+ pre-programmed moving patterns for Chasing. There is also a DIY pattern option for Chasing products that allows for selecting up to 16 colors and 3 motion effects. The app also features independent left and right turn signal triggers, a brake trigger, and a music sync function.

All of these new products and more will be on display at SEMA, and Heise LED representatives will be available to demonstrate to show attendees how easy it is to set up and use them to control LED vehicle lighting. More product details will be available soon after the show at HeiseLED.com.

Dionne Mascunana's Miata: Headlight Pop-Up Mod Box
You may recognize the name Dionne Mascunana from previous editorial in PASMAG, including the feature on his awesome Porsche Cayman from a couple years...

PowerBass XL-82SST Thin Mount Powersports 8" Co-Axial Speakers With RGB Illumination
What better way to enjoy your day being out on the trails in your UTV is listening to your favorite music while illuminating your boat with over 20...