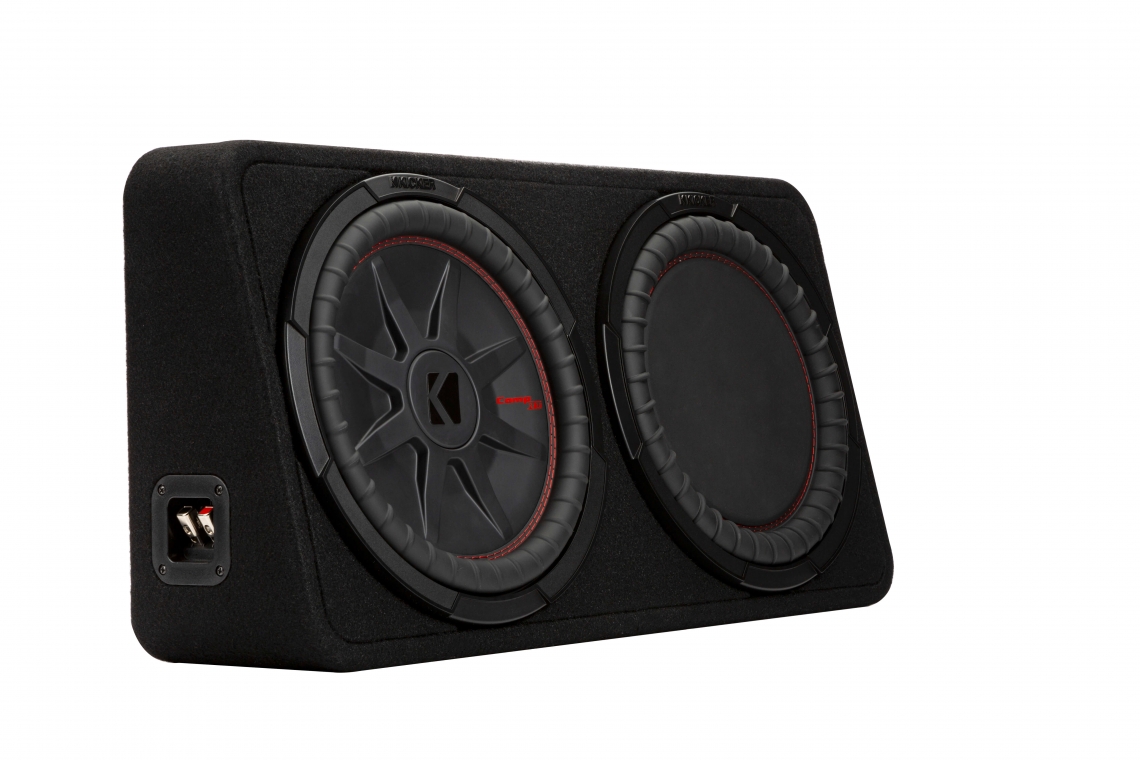 Whether you are looking for Earth-shattering bass, or something just to “fill the hole” in your sound, when you think of subwoofers, most think of trunk-dominating enclosures that leave little left for anything bigger than a Thermos.

Getting that low end without sacrificing storage space is a tradeoff we’re all used to, and one most audio companies have imposed on the public for as long as car stereo has existed. There is however, a solution: passive radiators.

In 2016, Kicker reintroduced passive radiators (aka “reflex subwoofers“) into their enclosure designs in the form of the L7QB8. Their top-end Q Class subwoofer uses an all-aluminum enclosure design, equipped with a single eight-inch active subwoofer on one side and a passive radiator on the other. In total, the entire enclosure measures a little under 10” square. How can you get serious bass out of a subwoofer that small? In a word: science.

The passive radiator does its job by providing a customized amount of pressure in the enclosure, much like a tuned port delivers – but using the radiator means the enclosure only needs a fraction of the space to do the same job as a tuned port. To borrow some marketing parlance: all the boom, with far less room.

Aaron Surrat has been with Kicker for over two decades, and helped to reintroduce the radiator with the QB8. He helps create crossovers, designs enclosures, and works with acoustic engineers to fine tune the performance of the speakers themselves. He is also one of the very few people with the authority to approve the sound quality of a product, before it goes to market.

The design process is intensive at Kicker. Over 40 engineers work on the company’s products, using six electronic and acoustic labs in Kicker’s Stillwater, Oklahoma Headquarters. On average, they take two years to develop a subwoofer, usually from the ground up.

To customize the radiator, a series of changes are made. Weight is added weight to the cone, the size of the roll and its durometer (how stiff the surround is) also changes to reach the goal. Once the changes are made, the new enclosure design is brought it into the lab for a listening test. Each enclosure is tuned as low as possible without an audible loss in output. The goal is to avoid losing efficiency, which can happen if you tune the enclosure too low.

Said Mr. Surratt of the L7QB8 “It worked out well and turned us on to making more enclosures with radiators.” The next radiator-equipped enclosure was the CompRT, made to fit behind or under a truck seat. “We wanted to make them small, but still get deep bass out of it. The radiator was the perfect solution.”

He explained that small, sealed boxes acoustically limit the amount of deeper, bottom end bass available. By starving the subwoofer of air, the sound is a tight, “punchy” bass typically associated with smaller enclosures. “It just didn’t extend quite as low as we wanted it to,” he said of previous experiments. “You need a long enclosure to fit enough port length for low tuning. It also takes some work to avoid port noise. Sometimes it requires a port so long it would technically have to extend out of the enclosure itself. With the radiator, we can keep the enclosure small enough to fit behind the seat.

With the TRTP, we wanted to make something that worked well with really low bass. This was the first time we did a long-throw radiator, and it worked out well. The radiator throws farther than the active sub, so we customized it to ensure it tunes the enclosure to the target frequency range. It’s the best of both worlds.”

In addition to the aluminum L7QB8, Kicker now makes three additional radiator-equipped enclosure models. The flat TRTP is a downfiring model, designed to fit in a trunk or cargo area. The weatherproof TB is a throwback to tube enclosures, and the CompRT enclosure was built to fit behind or under a truck seat. According to Mr. Surrat, we can probably expect to see more passive radiator enclosures in the future. 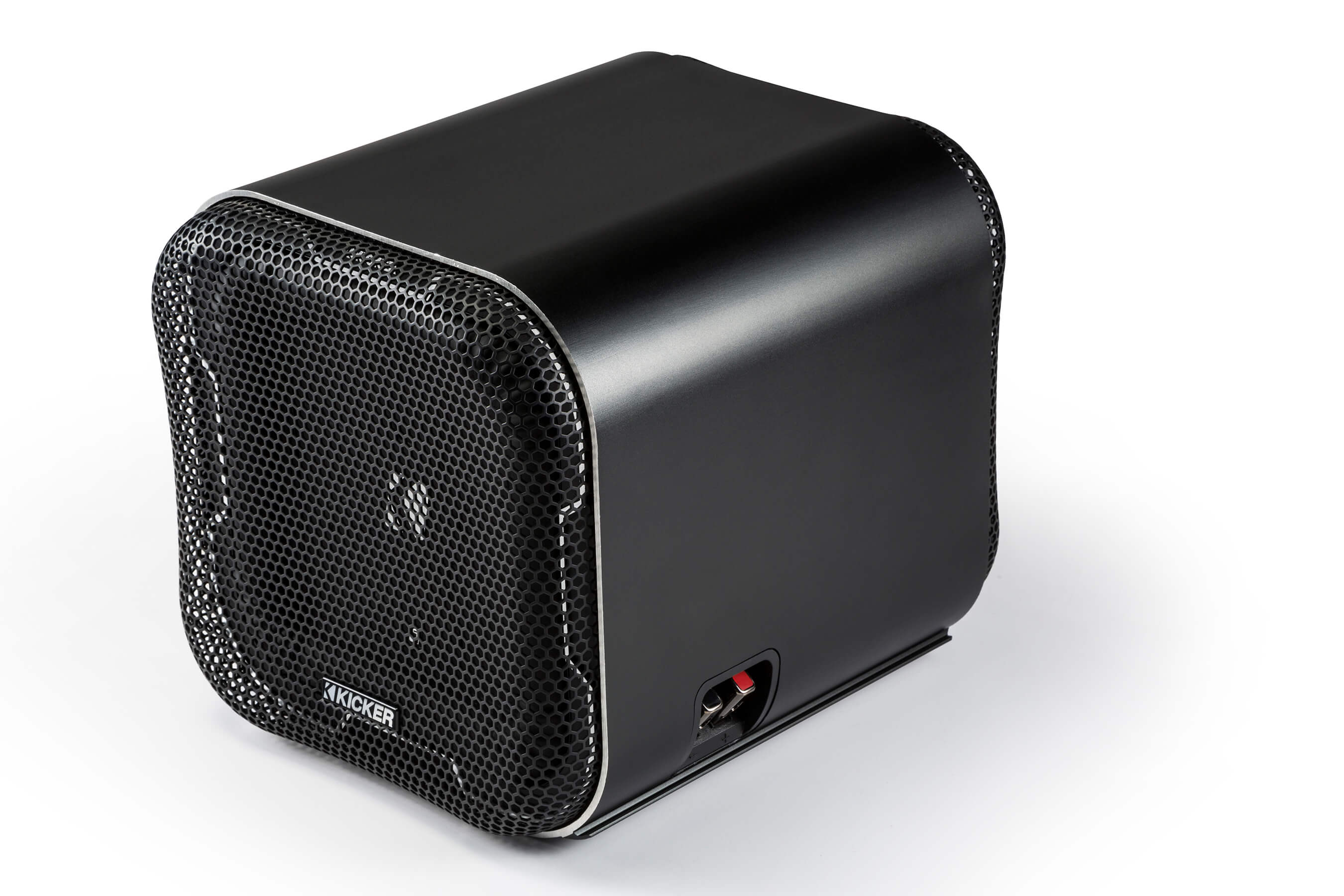 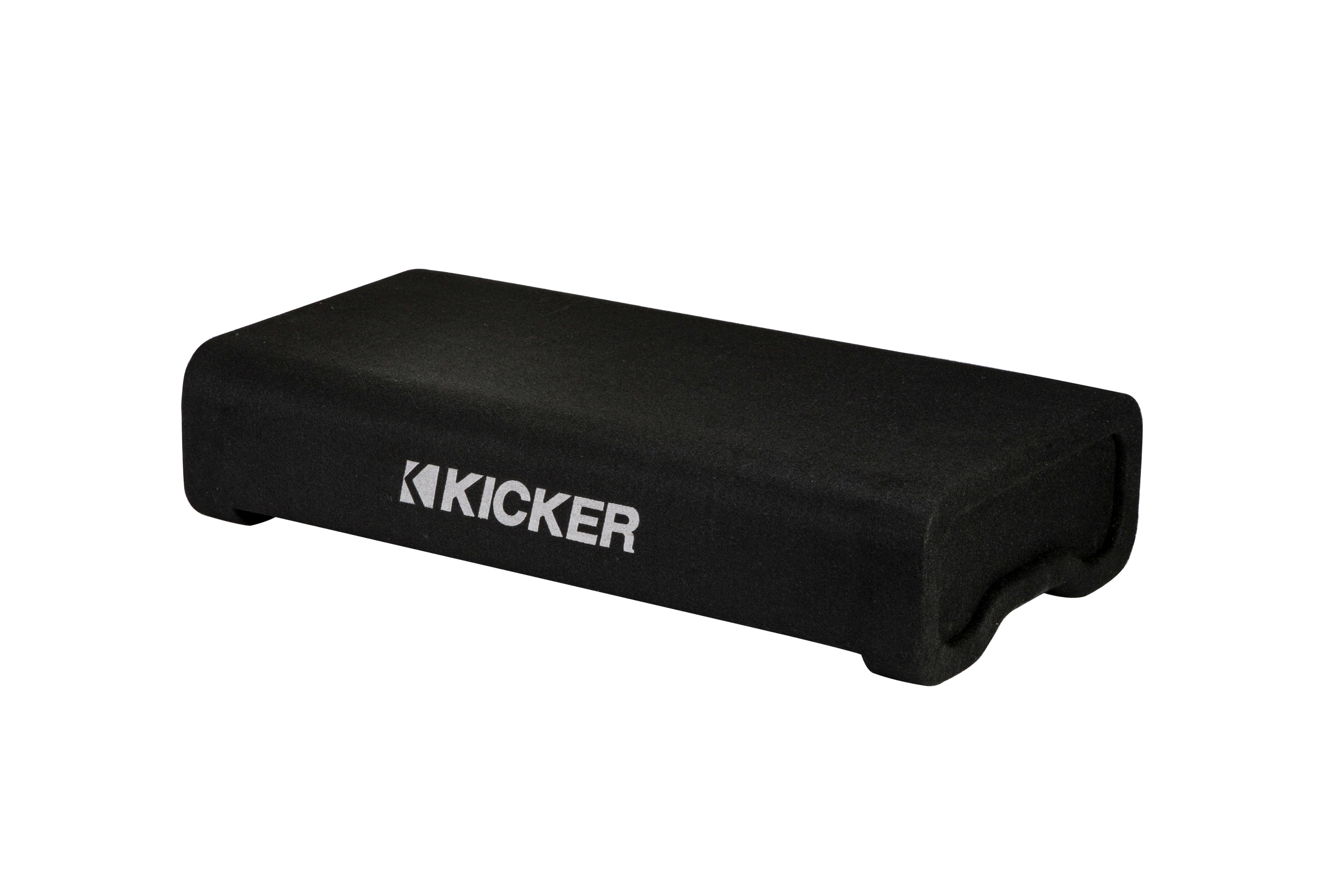 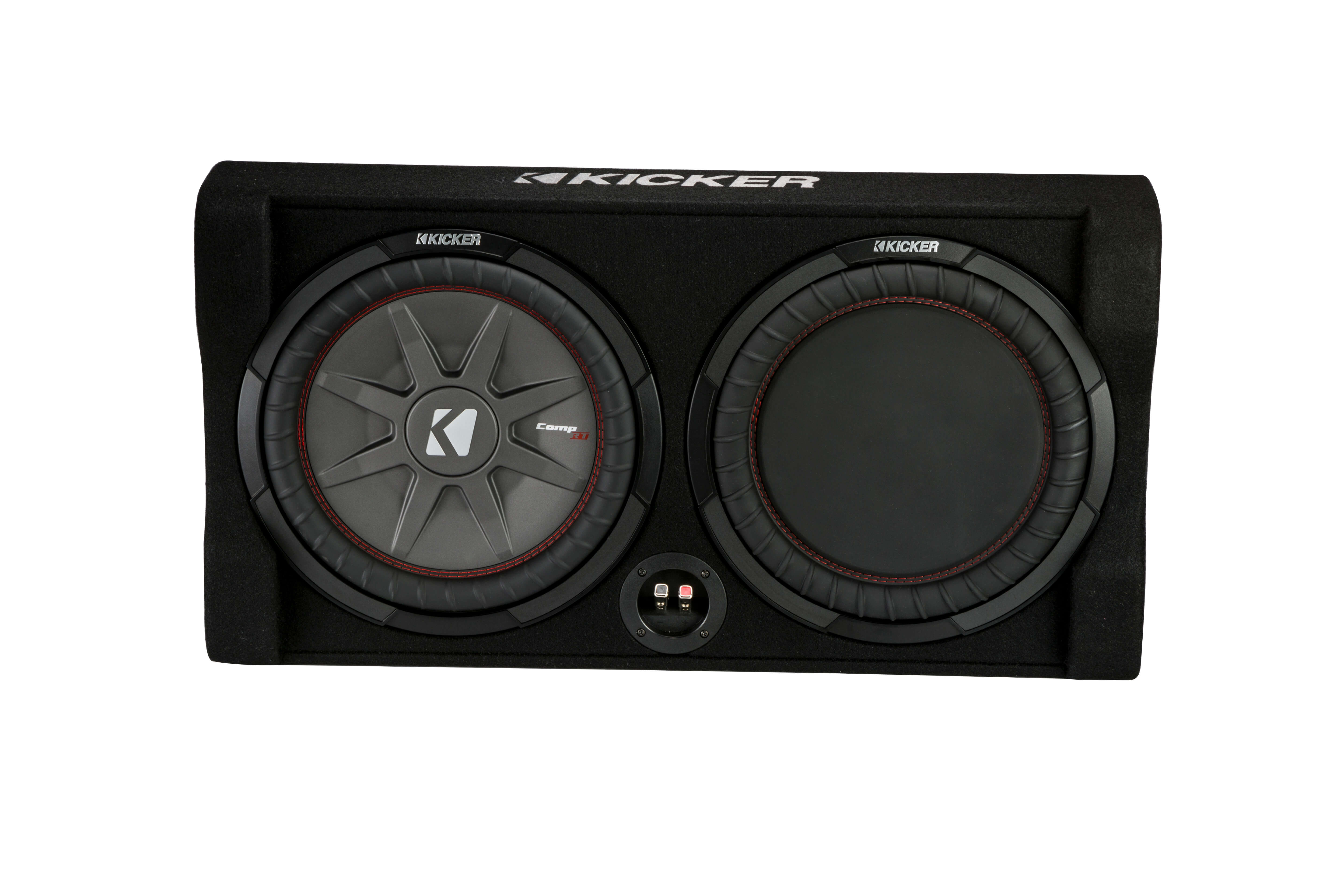