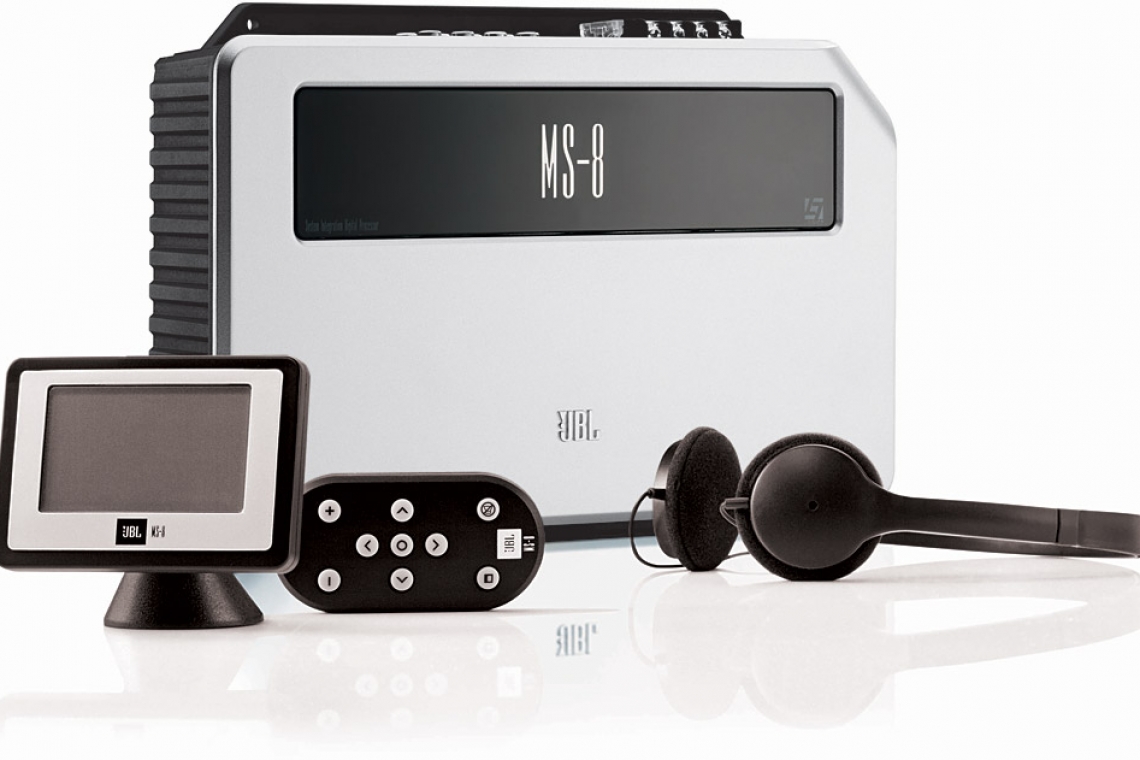 If you are the proud owner of a nice new car, but the sound of the OEM audio system makes you dread playing it, the folks at JBL believe they have the right solution for you. The new JBL MS-8 System Integration Digital Processor provides not only integration and system expansion capability, as well as advanced automatic tuning and correcting of the cars frequency response, but also provides significant improvements to your cars stereo imaging and staging capabilities. The JBL MS-8 is fully compatible with virtually any system whether it’s bone stock or full aftermarket, or somewhere in between. The device connects to the cars audio system by feeding the factory amplifier inputs into it, and then it’s built in 8 channel amplifier (20W x 8 @ 4 ohms, 30W x 8 @ 2 ohms) drives the speakers. But the real beauty and power of the MS-8 is in the digital processing it performs on the signal before feeding it to the speakers.

Using advanced processing with their own proprietary software, and a special headset microphone tuning device, the JBL MS-8 is actually capable of tuning your system all by itself. Unlike other systems, the MS-8 does not require connection to a laptop or other device, instead utilizing a small dedicated screen and wireless remote control included with the unit. The complete system is composed of three primary components, a small display used for setup and adjustment, a remote control, and the main amplifier/processor. A powerful DSP processor measures and corrects frequency response and arrival times for as many as four separate seating positions. Tuning is accomplished by following a step-by-step setup menu, and the actual calibration is performed with a specially designed binaural headset microphone included in the kit. The system will accept input from and drive up to eight separate channels, so even if the car uses active crossovers for separate tweeters, the MS-8 is equipped for the task, thanks to the built in user adjustable crossovers for each of the channels. You can select frequency, and crossover slopes for each channel individually. Also built into the MS-8 is a “Logic 7” surround processor that was originally developed by Harman for the high end home audio Lexicon products. The Logic 7 technology is used for upmixing two-channel material over a multi-channel playback system. It plays normal stereo recordings in full and satisfying surround, with a wide sound stage and the impression of increased envelopment in the recording. 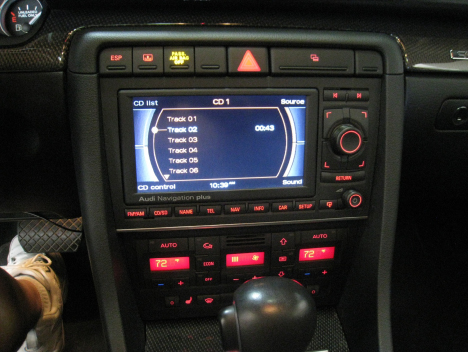 According to the video on the JBL website, the MS-8 is very easy to install, and can be installed and fully tuned in just a few short hours. Having spent thousands of hours tuning car audio systems, I was a bit skeptical that it could really be as easy as that. So, to see just how the system installs and tunes, I called Rick Jones, an old buddy of mine who just happens to own Creative Audio Werks, (www.creativeaudiowerks.com) a high end custom installation shop in Phoenix, AZ. They also had a great car to try the MS-8 out in, a 2006 Audi S4 with the top of the line Audi/Bose system. The Bose system in Rick’s S4 includes a 6 channel amplifier incorporating a subwoofer channel and a center channel in addition to the usual four. After spending 30 minutes or so listening to the cars factory system as a baseline for later comparison and making notes on what I liked and didn’t like, it was time to get started. We opened the carton and had a look through the gear as well as the supplied Quick Start Guide. Once we felt like we had a handle on how the system installed and interfaced with the factory Audi/Bose system, it was time to get our hands dirty. 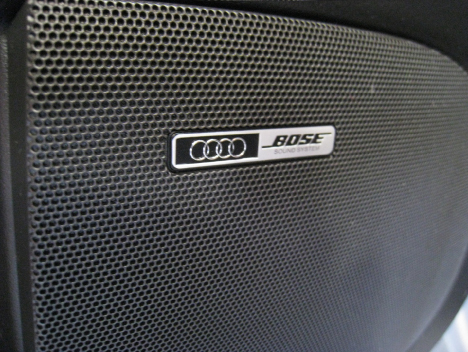 Rick had his lead installer Scott jump on taking the S4 apart and locating the factory amplifier. A mounting location for the MS-8 was chosen in close proximity to the factory amplifier, and with the help of wiring color code information from the JBL website, we quickly determined which wires were which, and began the task of wiring the MS-8’s input and output harnesses. Luckily in our case the factory amplifier was turned on via a 12v trigger lead, because for all the technology, the MS-8 inexplicably does not incorporate signal sensing turn-on, so in vehicles where no switched 12V power is available, a separate adapter would be required. When we checked the front left and right outputs from the amplifier with our handheld RTA, they proved to be full range, so we did not require any additional inputs to the MS-8. The internal processor would provide the appropriate signal steering to the other channels. In situations where the signals are not full range, you simply add the other channels to the MS-8’s inputs, and identify where the signal should go on the outputs when you do the setup.

Once the power, ground and signal wiring had been connected, Scott ran the cable for the LCD display up to the front of the car. In this case for the sake of aesthetics, the display would live in the glovebox, and only be brought out to make adjustments, rather than being permanently mounted in plain view using the supplied mount and adhesive pads. The actual installation of the gear had taken about 3 hours. We were now ready to set up the system. 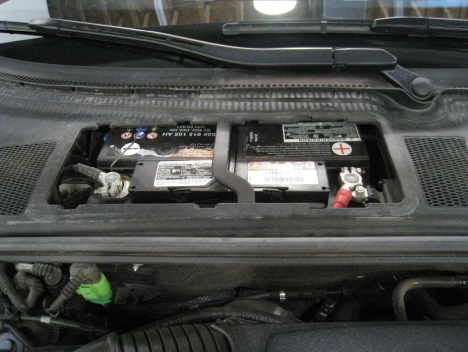 The system turned on and it was time to play the supplied setup CD, while following the directions on the screen. During the setup, the MS-8 checks for proper level, and balance. Everything checked out, we simply followed the on screen menus and prompts to identify which channel was which, and then followed the on screen instructions to and set the crossover frequency and slopes. Then it was time to don the headset, and perform the acoustic calibration using the setup CD, while following the directions on the screen when prompted to look forward, left and right. The microphones built into the headset measure frequency response and arrival times, and the processor makes any necessary corrections. Once complete, the system asks if you would like to repeat the process for other seating locations. We chose not to, and instead were eager to listen to the system after the MS-8 had corrected things.

Using the same tracks I had played earlier for my baseline notes, the result was a soundstage much wider and deeper than before, and a much better sense of space. On many tracks, the difference between the original sound and the calibrated sound was startling. The car had previously had a lot of muddy midbass which was now completely gone and had been transformed into a much tighter and accurate sound. On certain tracks I found the Logic 7 effect to be too much, causing unrealistic amounts of stereo image shifting so I simply turned it on or off as needed. The calibration also overcompensated for the subwoofer by flattening the bass response and reducing the output of the factory subwoofer more than we would prefer. Fortunately, the MS-8 also includes a 31 band EQ, as well as a thoughtfully included subwoofer level control, so adding some additional sub bass back into the system was simple. We listened to it for some time, and played with the myriad of adjustments and controls. We also re-did the calibration several times with fairly consistent results. I have to admit that in some cases, I thought the system sounded almost too flat, in a sort of lifeless, almost clinical way, and while the staging and imaging were amazing, the tonal balance would definitely need some massaging with the equalizer and crossover settings to get things more to my liking. 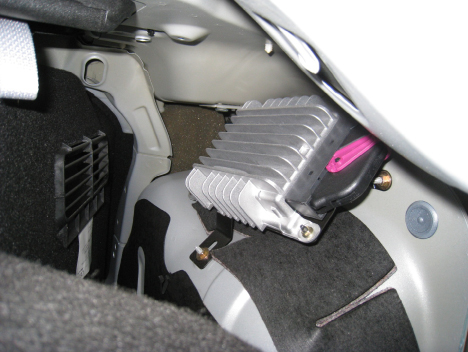 At the end of the day, the system had taken about 5 hours to install and tune, which could have been done a bit quicker in a simpler car. If it were my car, I would have probably needed another hour or three of tweaking things to get it really dialed in. So, while I think the MS-8 represents a really cool piece of technology and can do wonders to fix certain aspects of a factory system, I doubt that anyone will be able to simply leave it alone after the calibration. It still is going to take some personalization and tweaking, and that’s okay. The MS-8 is a very cool, very intelligent piece of gear, and I can’t think of a situation where it couldn’t be put to good use. I do wish it had a bit more manual adjustability, like being able to EQ the front and rear speakers separately, and it really should have signal sensing turn on capability. But from a sonic perspective, it’s a very powerful tuning tool, and particularly useful for inexperienced users who have no idea where to begin their audio tuning process.

The JBL MS-8 is much more than an OEM interface, and there isn’t really anything else like it on the market. It will integrate well into virtually any system, and provide expansion and upgrade capabilities regardless of what the car already has installed. Just don’t expect to install it in a couple of hours, or expect it to be perfect without doing a little tuning of your own. For more visit www.jbl.com