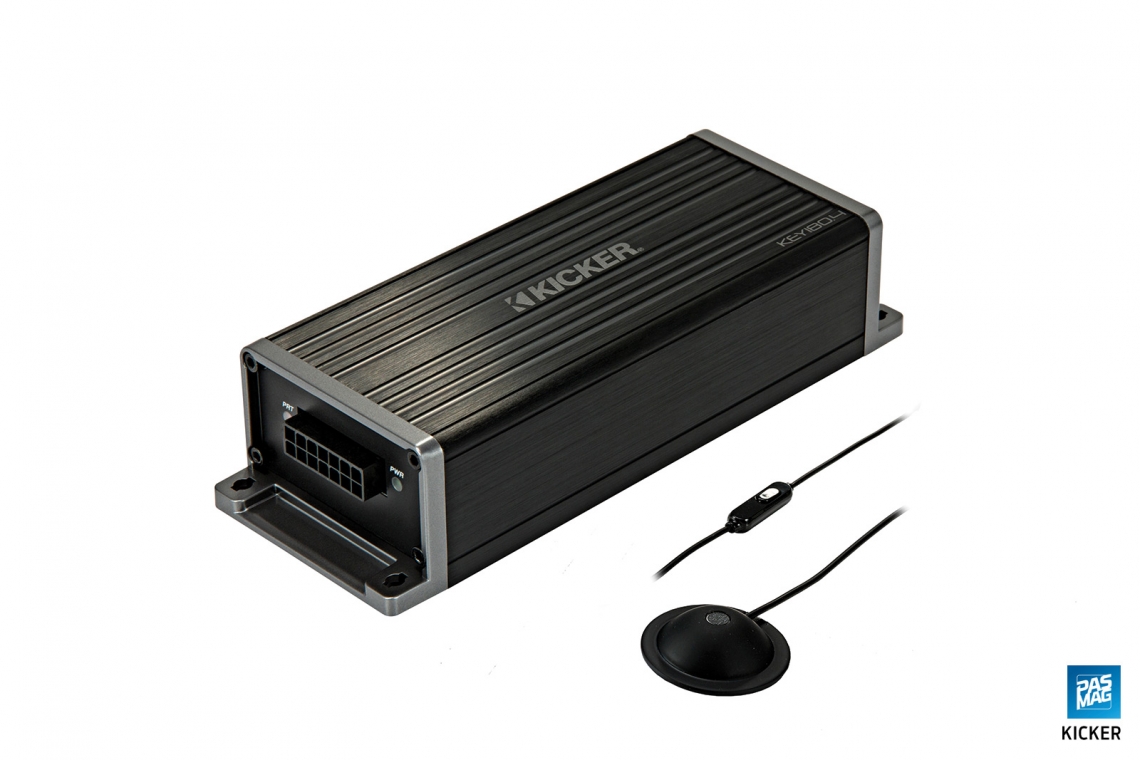 When we think about adding an amplifier to a system, the obvious thing we’re adding is power to make our music louder.

But what if the amplifier not only provided the additional power we wanted, but also had the ability to make the system sound better, instead of just louder? The KEY Smart Amplifier from Kicker will do just that. Designed specifically to greatly improve the sonics of a typical “deck and four” or OEM sort of system, the Kicker KEY180.4 amplifier uses powerful digital signal processing to bring concert realism to your car. Unlike other systems, the KEY180.4 doesn’t need an expert tuner to get things right. Here’s why… 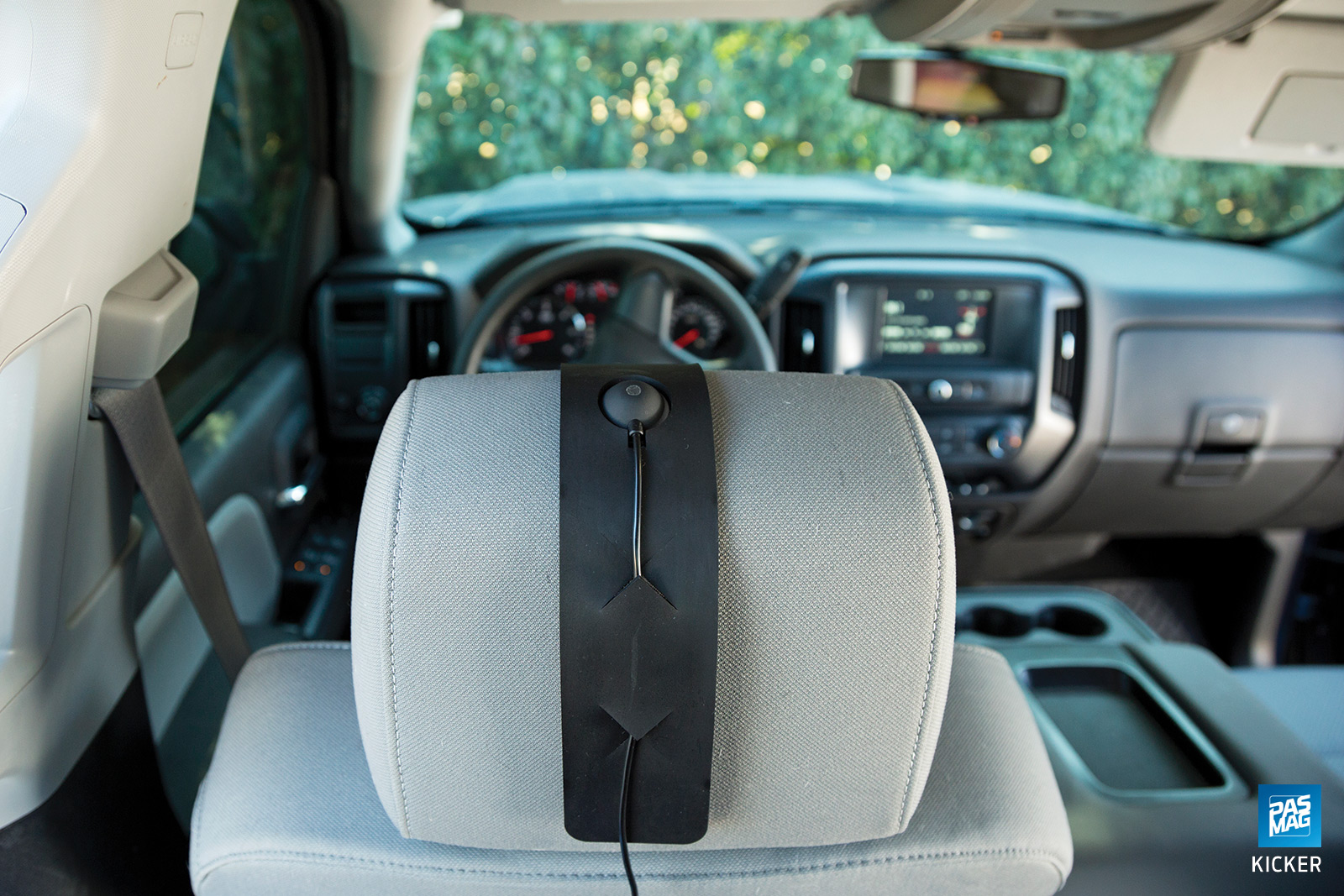 The Kicker KEY180.4 amplifier comes with A.I.-driven DSP, a special microphone, and a selector switch. To automatically EQ and time align your system, all you need to do is place the microphone on the driver’s headrest and press the button. A special lab grade pink noise track (free download from Kicker’s website) is played through your system, while the powerful processor determines speaker size, measures frequency response and arrival times from each speaker, and automatically makes the required adjustments. The key to how this digital wizardry works is in using a signal that the DSP already knows is flat. Then it measures what is received by the microphone and automatically makes the required corrections. The onboard 40-band EQ makes the necessary corrections to the system’s frequency response, while the time correction places the sounds where the recording intended them to be. The process only takes a few minutes, and the result is startling with the soundstage lifted to the dash area, instead of simply coming from the doors.

The amplifier itself is very compact, measuring 1-11/16 by 2-3/4 by 7-3/8 inches, but it still manages to pump out a respectable 180 watts of power (45x4 @ 4 ohms). The amplifier is a traditional four-channel design, but it can also be configured in Bi-Amp mode to drive mids and tweeters with individual channels. When used in Bi-Amp mode, the Auto Detect function will automatically set the crossover to either 3.2 kHz or 320 Hz, depending on the type of speaker detected.

In normal four-channel mode, there is a choice of three 24 dB/oct high-pass crossover frequencies (60/80/120 Hz) or, of course, a full range setting. These settings are accomplished via dip-switches on the end panel of the amp. In addition to the crossover settings, dip-switches are also used to select the other functions, such as turn-on type, fader, bi-amp mode, Kicker EQ, and more.

Another feature that will make the KEY180.4 a popular OEM system upgrade is Kicker’s Fail-Safe Integration Technology. This includes the ability to turn the amp on and off via a traditional 12V wire or by using signal sensing. Thanks to FIT2, the KEY180.4 is fully compatible with new vehicles using Start-Stop systems, and the Radio-Detect circuitry makes it work with almost every radio on the road. 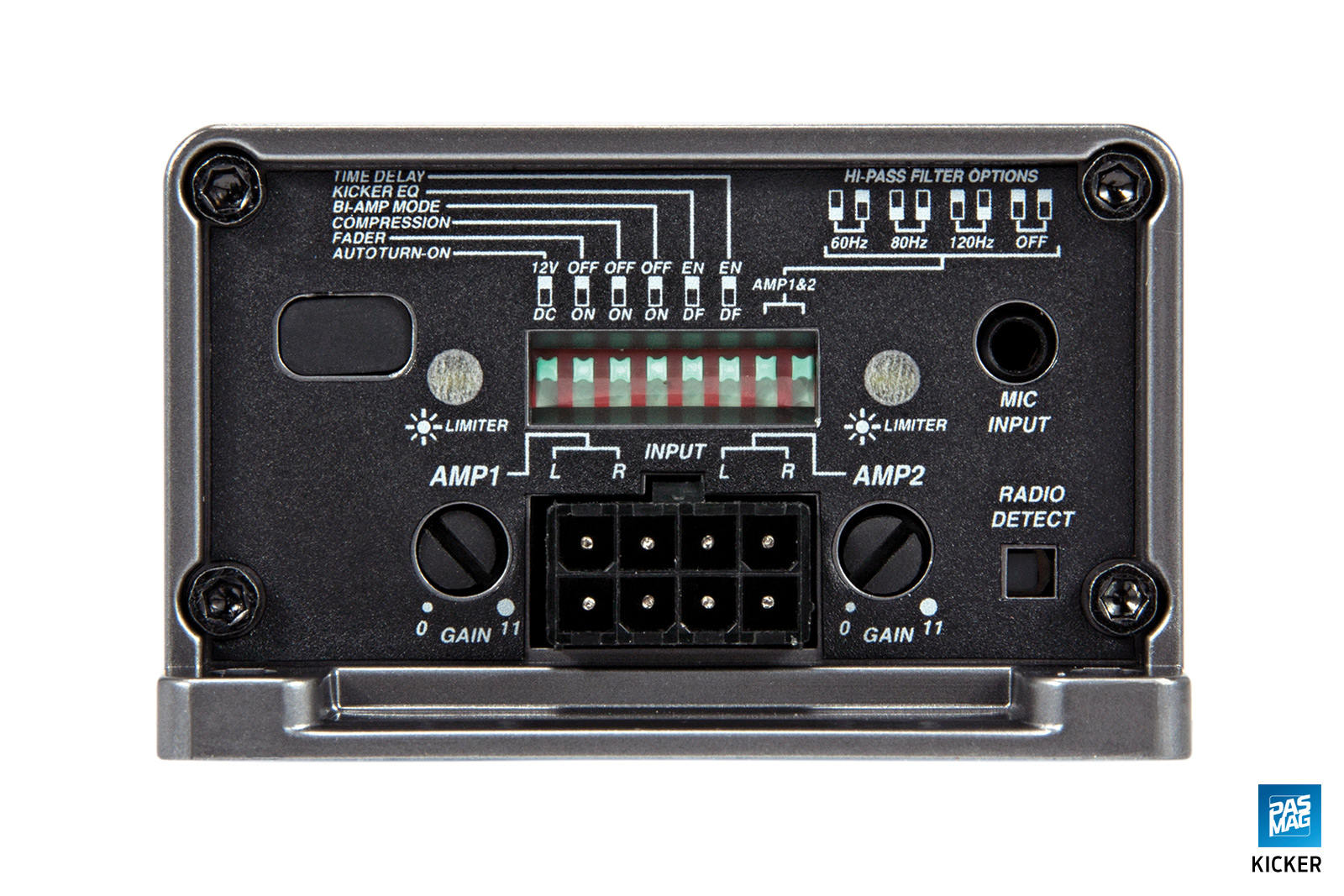 I connected the little Kicker amp to my evaluation room’s reference listening system. With the amp’s crossover set to full range and driving two pairs of high-end, 6.5-inch component speakers in custom cabinets, the Key180.4 sounds very transparent and offers no apparent sonic signature of its own. This is precisely what a good amplifier should do; simply amplify the signal, without adding any noise or alteration of the music. The KEY180.4 produces a good soundstage and phantom center image, which is a testament to good control of both the inter-channel gain and the phase response of the amp. It sounds flat and very linear with respect to frequency response, with bass that goes deep and tight. Difficult tracks with a lot of female vocal, piano, horns, and acoustic guitar have very natural timbre and detail. I played everything from Bach to ZZ Top, and I came away very impressed. There is no audible turn-on or turn-off noise, and even though I listened at enthusiastic levels for several hours, the amp barely got warm. This thing just sounds natural and transparent, precisely the way a good amp should.

Listening to the KEY180.4 in my normal listening room was a very pleasant experience, but because the room is already set up to be an almost ideal environment to listen in, I didn’t get a chance to hear for myself the remarkable differences the built-in DSP can provide. Unfortunately, I don’t own a vehicle with anything approaching a “deck-and-four” system, so I couldn’t play with the DSP for myself.

Instead, I called a few trusted folks who were familiar with the product and had heard it for themselves. Every single person I talked to raved about how much better it made even a really basic OEM system sound. They all talked about how much higher the sound stage was, and how much better the stereo imaging was. Several also commented on how the overall smoothness of the sound had improved, and that the differences were anything but subtle. And knowing how much time and effort Kicker has invested in developing this technology, I have absolutely no reason to doubt the rave reviews. 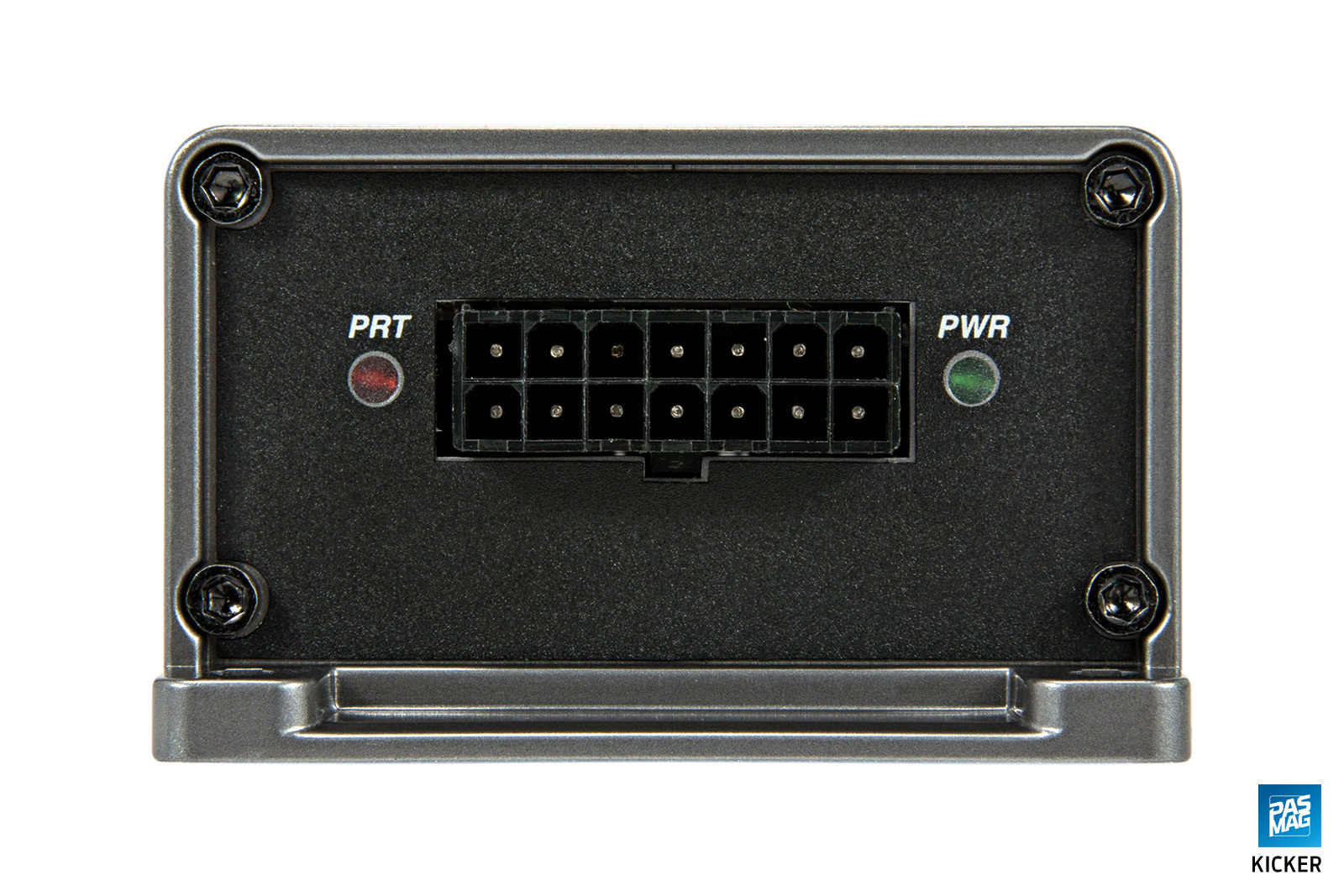 Anyone who wants to give their modest aftermarket system or bland OEM system a real kick should look no farther than the KEY180.4 from Kicker. Without a doubt, it will offer a greater amount of sonic difference per dollar spent than almost anything else you could buy. Add in the compatibility with virtually any source and the dead simple automatic tuning, and the choice becomes even easier. 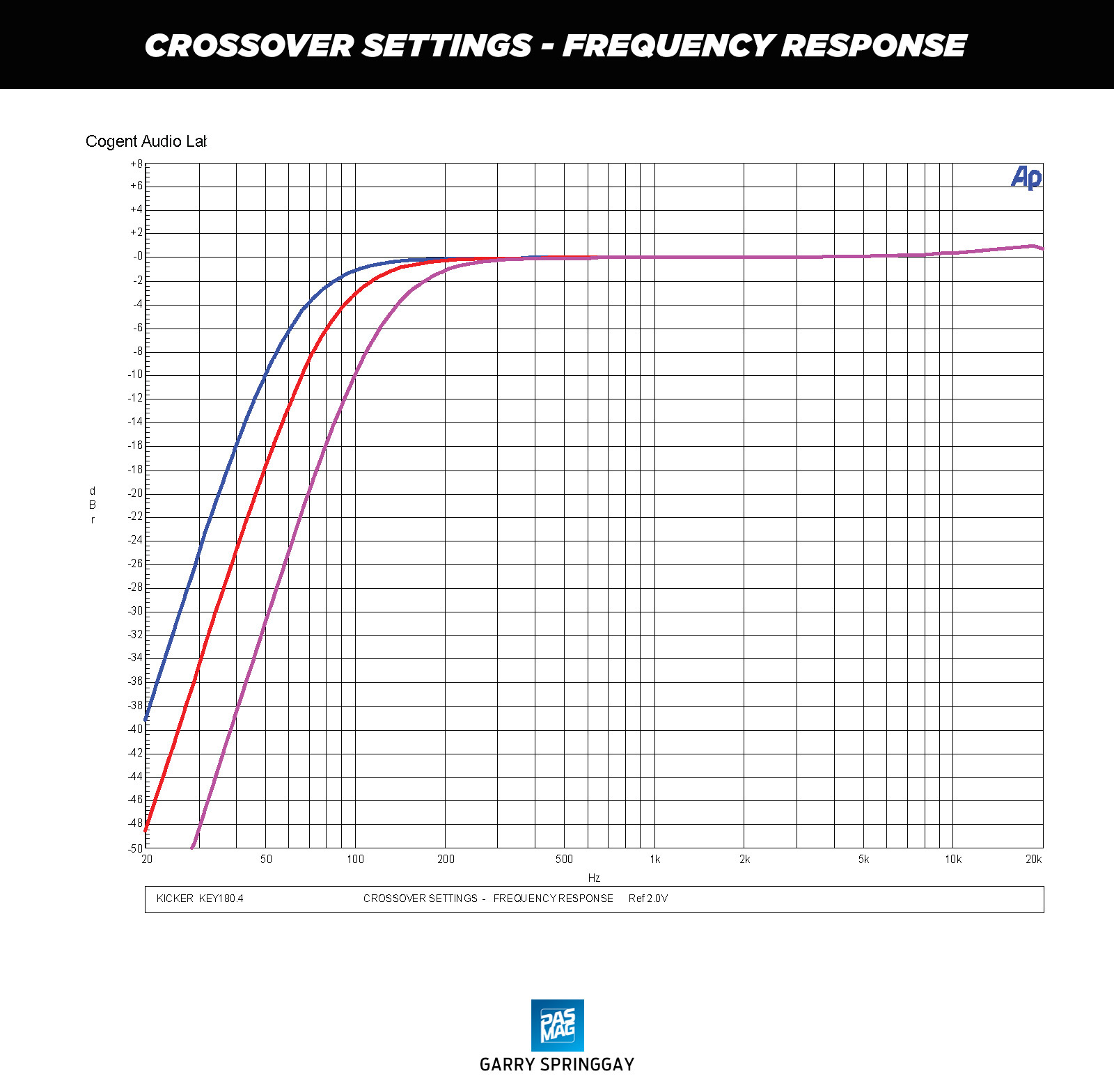 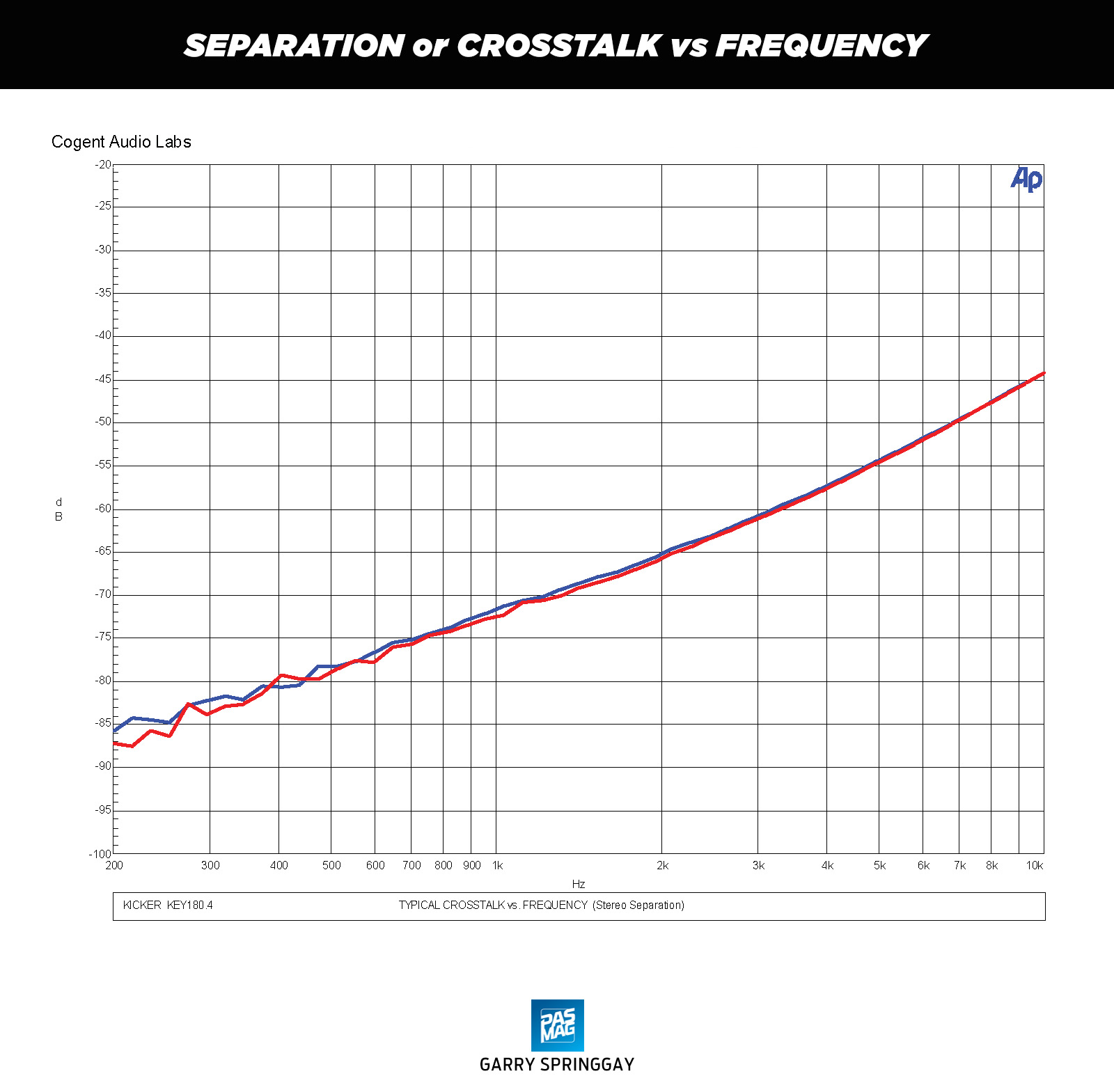 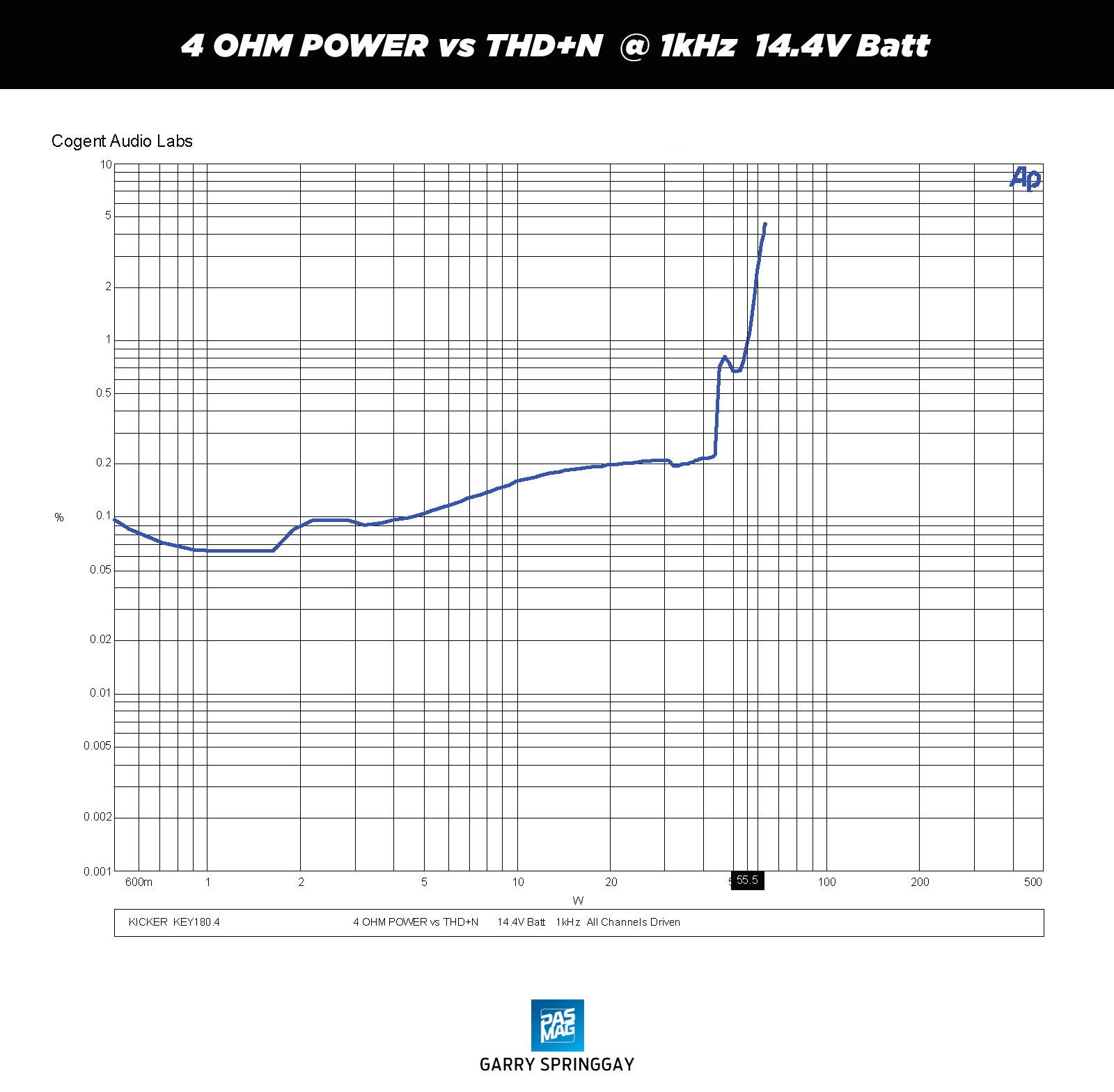 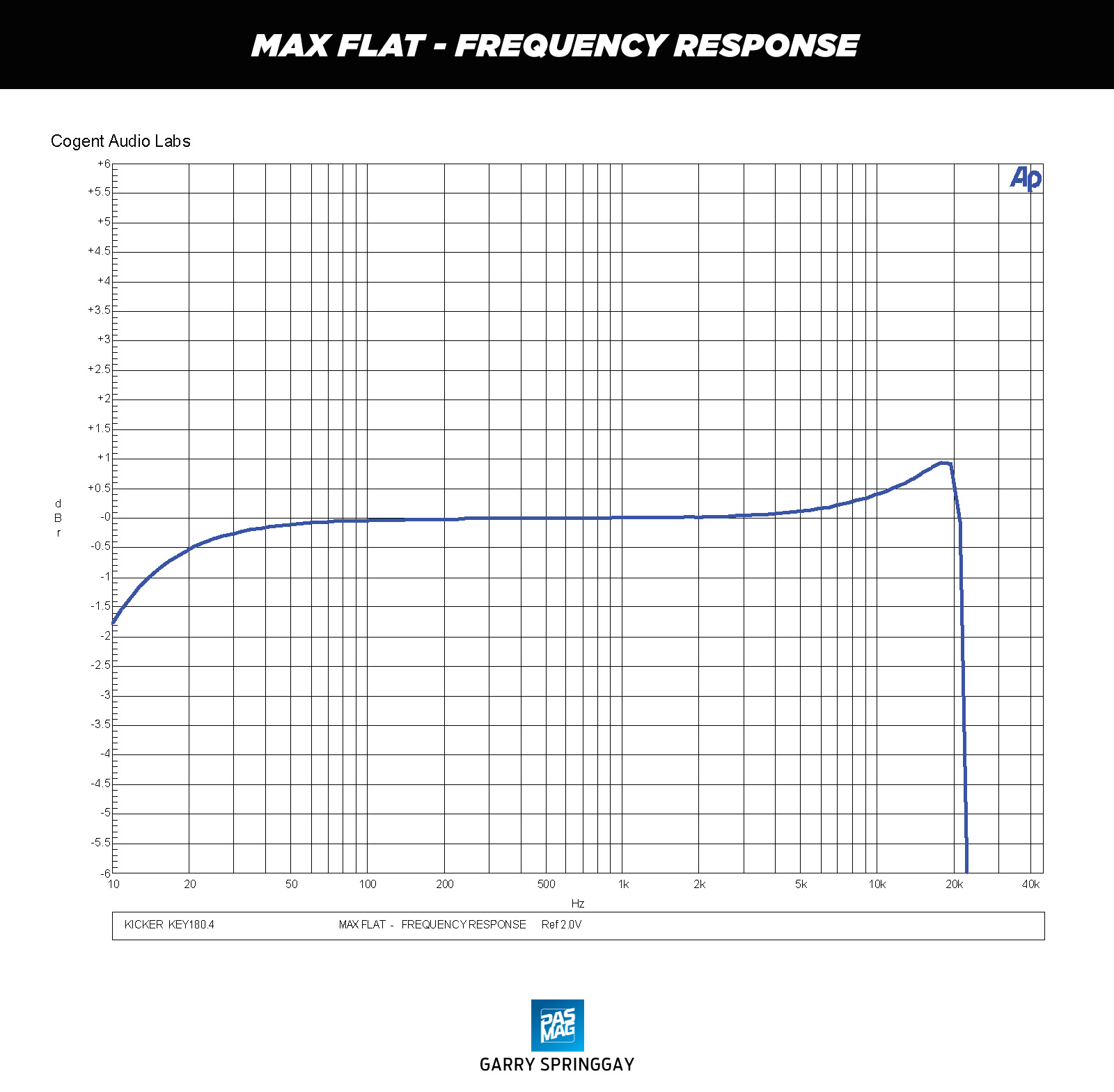 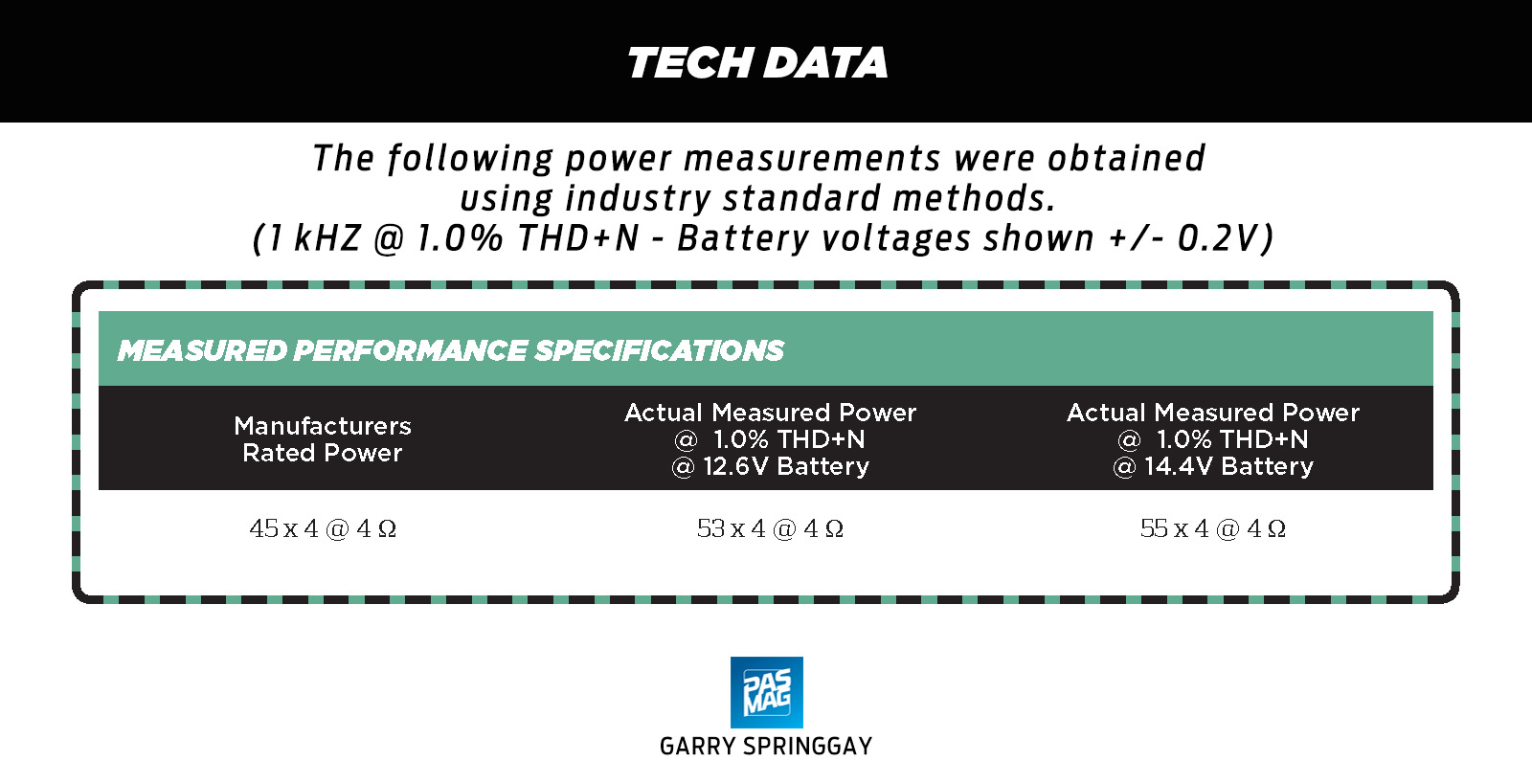 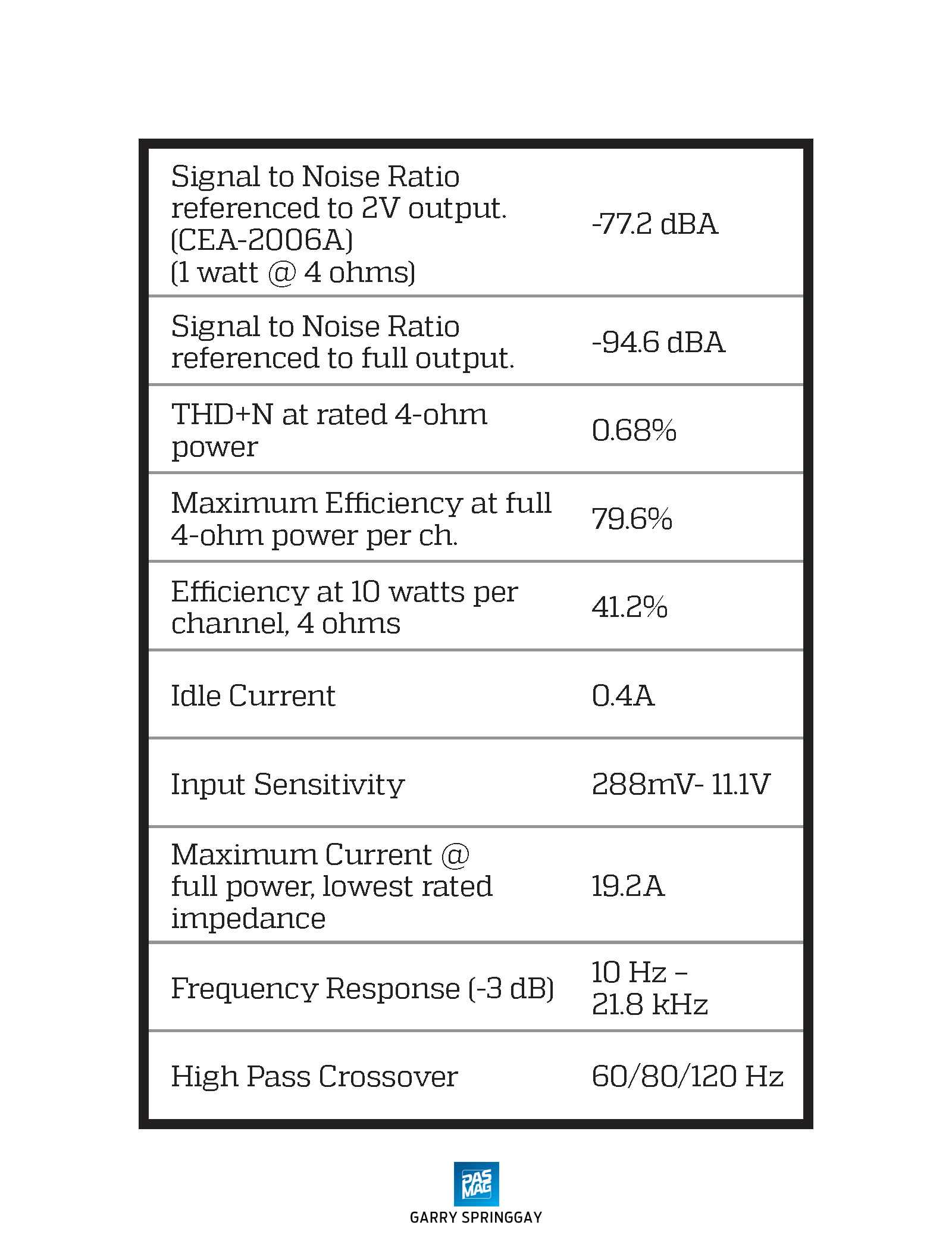