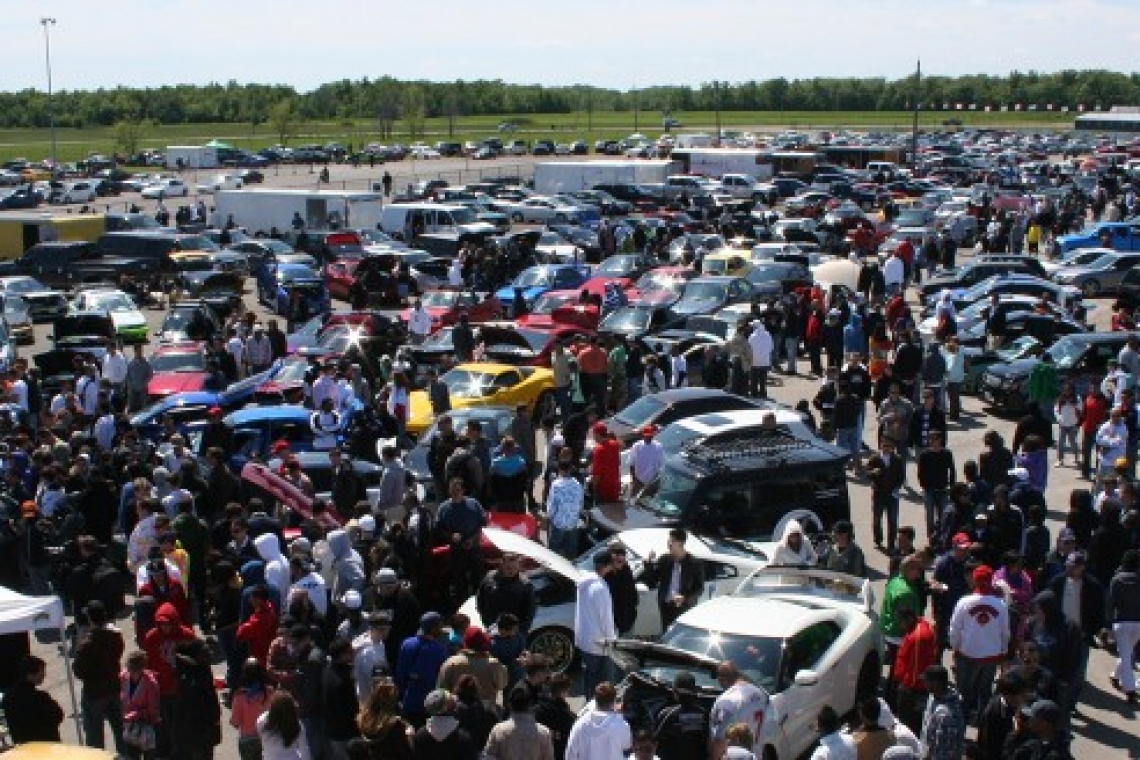 Canadian Sport Compact Series (CSCS) kicked of their seventh season with record breaking numbers. As competitors and die hard fans lined up at the front gate before sunrise, it was clear that Canadian race fans were ready for the 2009 season. CSCS is Canada’s largest multifaceted racing event offering Drag Racing, Time Attack, Drifting and a Car Show all at once. Mix that in with beautiful models, a bikini competition, tons of giveaways, and thousands of race fans, this is an event enthusiasts won’t want to miss.

As always, the Drag Racing was fiercely contested by the fastest sport compacts in Canada with Marco Passante in his talon taking top honours in the Pro Compact Class.  Other notable winners were David Robert winning the Bully Clutch All Motor Class and Ronnie Partap in his awesome blue 240sx dominating the field with 9 second runs all day in the Super Street – Power Adder class.

The Road Course was busy all day as drivers furiously tried to out do each other. The fastest time of the day and new track record was set by Sasha Anis in a freshly built Nissan 240sx as he took home first place in the Unlimited RWD class.

The Ontario drift scene continues to grow as many newcomers were out to prove they are capable of competing against Ontario’s top dogs. As the smoke cleared Ryan Stock from Intense Motorsports took home first place in a tight fought battle with Rodrigo Oliveira who finished second.

The Tuner Cup Show & Shine filled the park with over 250 of Ontario’s hottest rides from Lowriders to Vipers. Jake Vliemex took home first place, while Aaron Rafol came in a close second followed by Billy T.  The “Largest Club” award was a great battle as defending 2008 club of the year “Modified Society” came up just short against the “Lick Your Lips” club.  This is definitely a clash to watch for the rest of the year.

Make sure to mark your calendars and catch the next CSCS event. The 2009 schedule consists of three remaining events - August 23 @ TMP, Cayuga (Only chance to witness the Worlds Fastest 4 cyl. & Mitsubishi running 6.83 @ 199mph piloted by Brent Rau), Sept.13 @ St. Thomas Dragway, and Oct. 4 @ TMP, Cayuga. For more visit www.cscs.ca and check our www.pasmag.com for additional photos.