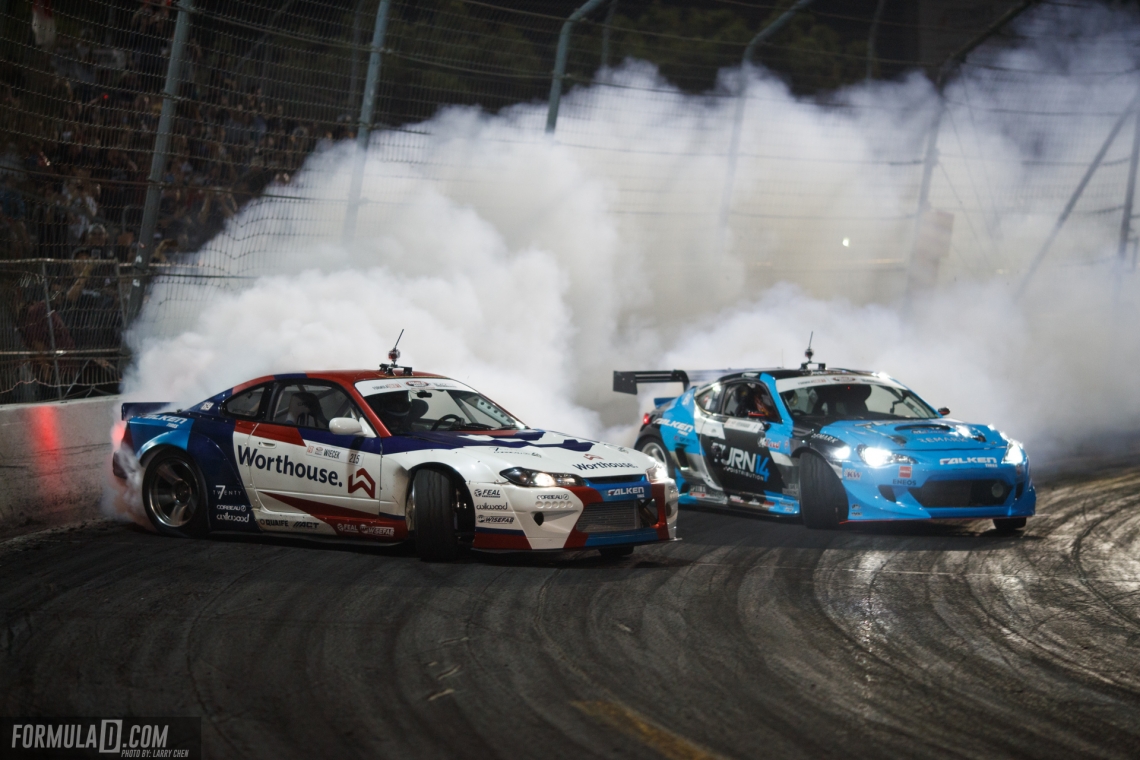 Formula DRIFT Black Magic Pro Championship has announced the official 2018 calendar for the Pro and four Pro2 Championship. The 15th Anniversary season will feature eight rounds of competition within the continental United States.

Notable changes include the addition of Gateway Motorsports Park, located just outside St. Louis, MO to fill a highly requested area in the Midwest. Las Vegas will replace the iconic Irwindale Speedway for the season finale, due to Irwindale’s closure this coming January.

“Returning to the Midwest has been a goal for us since our last event in Chicago back in 2006,” said Jim Liaw, President and Co-founder of Formula DRIFT. “Since then fans in the Midwest have been calling for a championship round and today we are happy to announce our return to the region. With the closure of such an iconic track as Irwindale Speedway, it was fitting to replace the venue with a location that provides glitz and glamour for a season finale that only Las Vegas can, as a tourist destination. We expect a huge influx of fans and companies traveling into Vegas for this round.”

5 Award Winners at 2022 SPOCOM: Dallas, TX
It’s been 3 long years since SPOCOM was back in the Dallas-Fort Worth area in Texas, and on October 8th they made a stop at Dallas Market Hall for...

2022 Storm The Falls: Kitchener, ON
Storm the Falls, Niagara region’s most diverse and largest car show returned to Fireman’s Park in Niagara Falls for Volume 3, their 3rd annual car...

2022 Tuner Evolution: Chicago, IL
Tuner Evolution’s 6th annual tour stop in the Chicago area was held at Schaumburg Convention Center in Illinois. Big Mike was once again host of the...