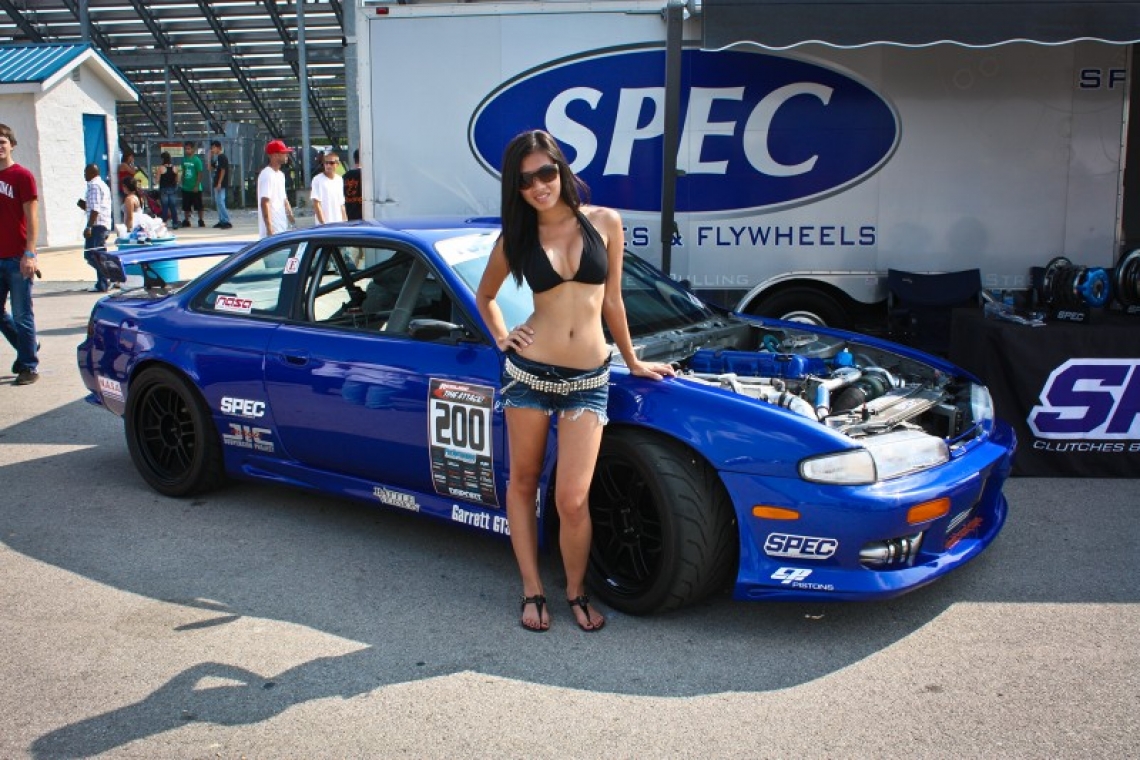 Despite the extreme heat, the 4th annual Tulsa Import Face-Off had the largest overall attendance of all previous events.   It was so hot one fan fainted and an ambulance had to be called for aid.

The FWD final came down to the exact same match up and outcome as the Kansas City IFO two weeks early.  John Tran from Raytown, MO in his 95' Civic Hatch with a 10.797 @ 153.88 mph beat Tony Phoutthavong from Winfield, KS also in a Honda Civic, but only ran a 12.310 @ 138.36 mph.  Tony however, did collect the $400 bounty on 2010 IFO Overall Points leader, Aaron Lopez from San Antonio, Texas.  Aaron’s bounty had been increasing event after event in $100 increments from back to back wins.  The monkey is finally off his back, but now there is a $200 bounty on John Tran for his 3 consecutive wins.

The Forced Induction Pro class was won by Raymond Yip from Wichita, KS in his 99' Eclipse running a 9.476 @ 149.36 mph against Nelson Diaz from Houston, TX in his 85' RX7 that only ran 10.277 @ 103.14 mph, a much slower pace from his usual mid/high 9 second runs.  Ray’s AWD advantage helped secure the event win as track conditions were very slippery with the extreme heat.  Nelson was never able to make a full pass the entire day due to traction issues.

The Outlaw class was won by Kenny Tran as local Hot Rod Rival, Chuck Seitsinger with Alternative Motorsports was a no show.  Kenny jokingly says, “Chuck must have been scared”.

In addition to the extreme heat, inconsistent tree drops by the track operator created even trickier conditions for the heads up racers.  Scott Kukk, who’s crew just won the Wichita event a month before, was knocked out after a bad start when the track operator dropped the light as Scott was still staging.  Scott’s bumper had a hanging piece causing the starter beams to misread a full stage.  All racers should have at least 3 inches of clearance from ground to bumper.

Best Club Representation was won for a 5th time this year by national car club, Team Sunworks.  This win has further secured their lead for the 2010 IFO Best Club Points Championship. www.importfaceoff.net