The History of Waterfest 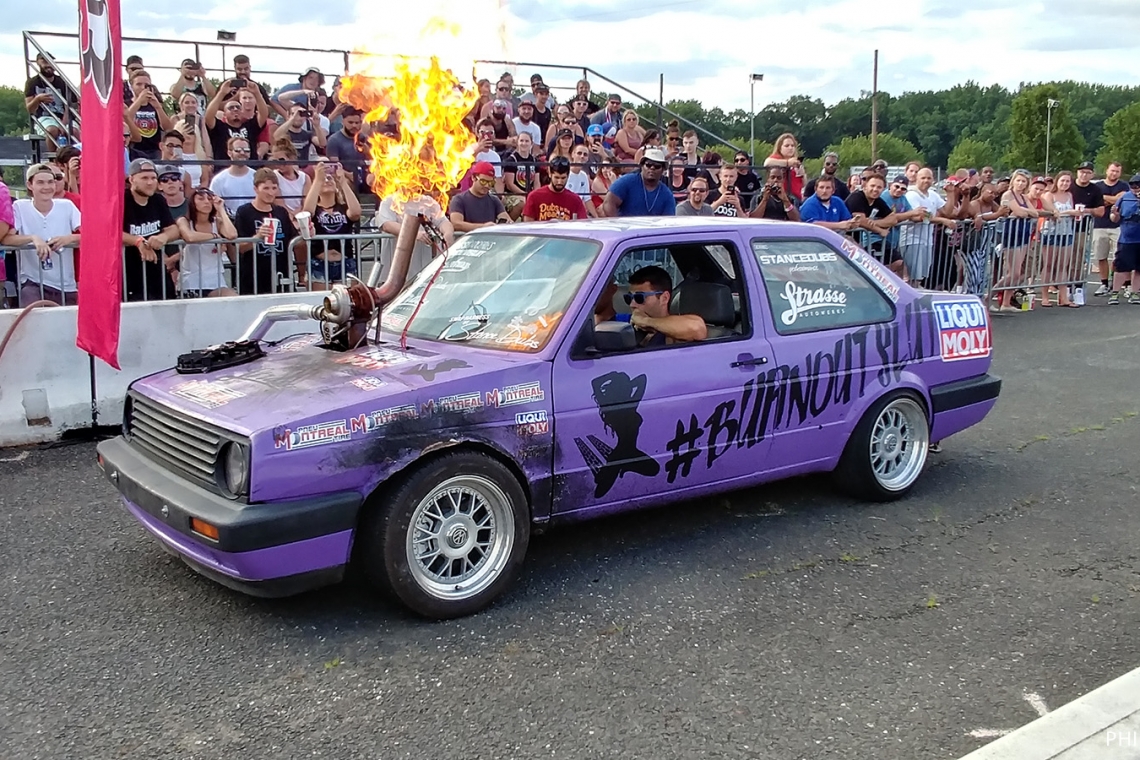 With Waterfest now entering its 24th annual event, featuring a VW & Audi car show and motorsport competitions, we celebrate the last 16 years of the event hosted at Raceway Park in Englishtown, NJ with these tidbits of info to recap the history of Waterfest, and look forward to the event now being held at Atco Dragway on July 21-2, 2018. www.waterfest.net

Most VW shows in 1995 catered primarily to the Air-Cooled Bug crowd. At VW shows the watercooled VWs were in the back of the show, like relatives that most people were embarrassed of. Waterfest was started in 1995 as a ‘show & shine’ and autocross. It was held at the campus of Rockland Community College.

The second Waterfest, held in 1996, had an attendance of about 2400 people and had a group shot of 36 Corrados, which one of the Corrado owners said was a record # of Corrados in one place, the previous record was 33 Corrados on the West Coast. The traffic jam getting into the event was massive and the head of security spent time in the back of a police car until a solution could be worked out on how to deal with the traffic.

By the third year, 1997, Volkwagen of America started attending the show. That year, Waterfest had an attendance of about 3500, 220 Show cars and 90 Autocross competitors!

The fourth year of Waterfest, 1998, was held at Purchase College in Westchester County. Once again there was a good turn-out of Autocrossers and Show Cars.

In year 5, 1999, the show moved to Montclair State University in Montclair, New Jersey. New for that year was the Sound-off event. The show had grown to include 5000 spectators, 300 Show cars, 50 Sound-Off cars, 75 Autocross competitors and 30 Vendors. This was the first year they prominently featured Audis. At the event there was a Rabbit with 800,000 miles. VW was at the show again this time promoting their concert at Jones beach later in the summer.

Waterfest in 2001 was held at Island Dragway in Great Meadows, NJ. This show was affectionately called Dust Fest because of the huge amount of dust kicked up by a large number of cars driving on a dirt road to enter the show and park in the fields. This was the first year that Waterfest was held at a Racetrack. In addition to the Show Car Event, Sound-off and Autocross, Drag racing, a Burn-Out contest, and a Road Rally were added. There was a Chassis Dyno at this show for the first time. Max Power magazine was the title sponsor and they managed the ‘Maryland to New Jersey Tour’ culminating at WaterFest.

WF 2002 was held, for the first time, at Raceway Park, the home for the next 13 shows and counting. This was the first year that APR was the title sponsor. The show was now at a huge racetrack with paved parking lots. Raceway Park allowed the show to grow and expand the Vendor area, Show Car and Exhibition areas and the Autocross area.

WF 9 (2003) was the first 2-day Waterfest event. This allowed participants to make the event into a week-end experience.

Over the next ten years, the show’s attendance grew to over 20,000 people per weekend with over 125 of the top VW & Audi Sponsors & Vendors in attendance occupying over a mile of vendor space, if laid in a straight line.

Waterfest 2013, the inaugural Afterfest, the official Waterfest Afterparty was held, with an attendance of over 3,000.