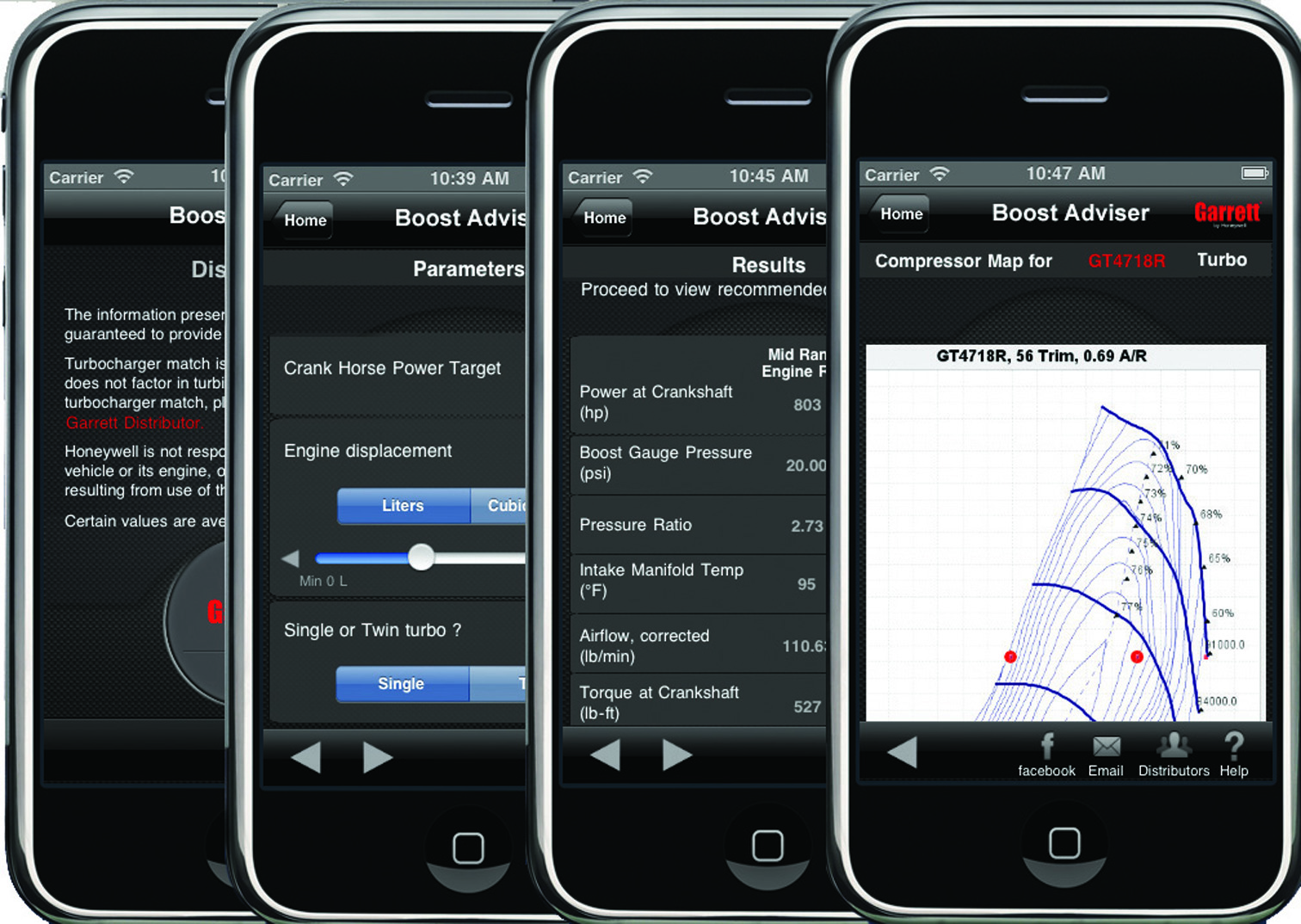 Garrett by Honeywell has just released its first App for the iPhone, iPad and iPod Touch.  The Garrett Boost Adviser is a free App that was on display at the 2010 SEMA Show, 2010 PRI Show and 2011 MPMC Show.  The App employs a sophisticated matching program to hone in on the appropriate Garrett Turbocharger for the user based on their individual engine specifications and horsepower goals.

The App is currently only available for Apple devices through the iTunes Store, but is currently being developed for other mobile devices as well as an online version for www.TurboByGarrett.com.

More information on the Garrett Boost Adviser is available at http://www.turbobygarrett.com/turbobygarrett/adviser/index.html as well as a short video featuring the app in use at http://video.dragzine.com/video_detail.php?mId=14503.

Power Couple: Kevin Parlett and Savanna Little are Apex Garage
Photography by Elliott Powell (@_elliottpowell_) A look into the racing careers and campaigns of time attack’s most popular power couple. When...

Mazzei Formula: David Mazzei's 1993 Mazda RX-7
Photography by Cade Garrett (@cxde) The RX-7 with the heart of Le Mans and the soul of Formula 1 Do you remember the days of 1990s Formula 1?...

Charged Up: John Nguyen's 1972 Toyota Celica
Photography by Rob Robson THE HYBRID YOU ACTUALLY WANT TO HEAR ABOUT The word “hybrid” when it comes to cars is almost always associated with...

Injection Mold Breaker: Chad Shirtliff's 2003 Mitsubishi Evolution
Photography by Ken Au Achieving massive power without a cookie-cutter recipe Mitsubishi’s Lancer Evolution has been a cult hit since it arrived on...