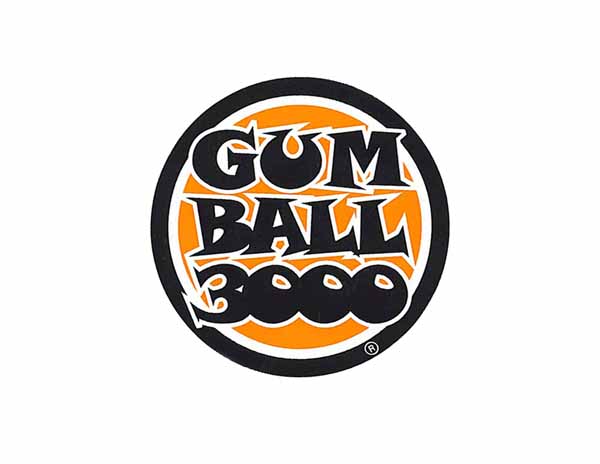 Westford, Massachusetts (April 30, 2010) – After two successful partnerships with Gumball 3000 Rally in 2008 and 2009, PUMA® hits the pavement for round three as the exclusive sportlifestyle sponsor of this year’s rally. From May 1st through May 7th, the 3000 mile route will kick off in London and stop in Amsterdam, Copenhagen and Stockholm before making the hop across the pond to Boston. The rally will continue to Quebec City and Toronto before ending in Times Square in New York City. PUMA will bring its mix of sport and lifestyle to this high-octane road trip with special events and activations along the way.

PUMA will host three cars in this year’s rally. Team PUMA features actress and award winning recording artist Eve, actor Idris Elba, and James Bond, sneaker and street style influencer and co-owner of the legendary sneaker shop UNDFTD. In addition, all 120 cars in the 12th annual rally will be branded with PUMA’s signature formstripe and iconic PUMA cat logo as part of the Official Gumball 3000 Sticker Kit. Some of the finest and most exotic cars in the world are entered into the rally and spectators along the way can be sure to catch a glimpse of Bugatti’s, Rolls Royce’s, Ferrari’s and Lamborghini’s all customized with PUMA’s iconic branding for this global event.

As part of PUMA’s involvement in the Rally, the brand will release two limited edition sneakers to celebrate the successful partnership. An exclusive SL Street Gumball 3000 will be available at Journey’s, PUMA Stores, and puma.com. PUMA and UNDFTD will also release a limited edition Comp-Star-Gumball 3000. Both are slated to be available just in time for the drop of the flag. A special PUMA Gumball 3000 tee shirt will also be available in select US cities where the rally will be visiting and online at shop.puma.com.

PUMA has been a leader in the Motorsport category for over 10 years as the official supplier to top motorsport racing teams and drivers in Formula 1, NASCAR and MotoGP. Given the brand’s long history in the sport, combined with its ability to bring fashion and lifestyle into the mix, and Gumball 3000’s appeal for adventure, fast cars, style, and fun, the partnership has been a perfect fit.

PUMA will document their Gumball 3000 Rally experience and share all of the action along the rally on http://www.pumagumball.com. The site will feature exclusive photos, videos and blog entries as well as event info and special offers. PUMA will also release special promotions with Eve beginning on April 28th. PUMA and Eve will release a new “word of the day” which will unlock deals for fans redeemable at US PUMA Stores around the US and online at shop.puma.com.

Fresh off the heels of completing the rally, PUMA driver Eve will make a special appearance at Journeys’ 34th street location in NYC on May 7th from 5:00 pm – 6:00 pm to meet fans and talk about her experience during the event.

PUMA is one of the world’s leading sportlifestyle companies that designs and develops footwear, apparel and accessories. It is committed to working in ways that contribute to the world by supporting Peace, Creativity, and SAFE Sustainability, and by staying true to the values of being Fair, Honest, Positive and Creative in decisions made and actions taken. PUMA starts in Sport and ends in Fashion. Its Sport Performance and Lifestyle labels include categories such as Soccer, Running, Motorsports, Golf and Sailing. The Black label features collaborations with renowned designers such as Alexander McQueen, Yasuhiro Mihara and Sergio Rossi. The PUMA Group owns the brands PUMA, Tretorn and Hussein Chalayan. The company, which was founded in 1948, distributes its products in more than 120 countries, employs more than 9,000 people worldwide and has headquarters in Herzogenaurach/Germany, Boston, London and Hong Kong. For more information, please visit www.puma.com.

The first Gumball 3000 took place in April 1999, when British creator Maximillion Cooper invited 50 of his friends to take part in a 3000-mile party around Europe to bring together the music, film, fashion and sport industries. Ten years later, and things have certainly grown, with crowds of over a million people attending the start last year in London, and a televised and online audience that reached over 60 million in over 150 countries around the world. Gumball 3000 consistently hits the headlines as ‘Cool Britannia’s’ most unique addition to pop culture, described by Vanity Fair Magazine as ‘the most rock ‘n’ roll car rally ever staged’ and famed for its exploits and celebrity participation. The event annually attracts stars including Oscar-winning star of the Pianist Adrien Brody, Jackass’ Johnny Knoxville, Bam Margera and Ryan Dunn, David ‘The Hoff’ Hasselhoff, Hugh ‘Playboy’ Hefner, supermodels Jodie Kidd, Caprice and Tyson Beckford, Kill Bill’s Daryl Hannah, action sports legends Tony Hawk, Matt Hoffman, Carey Hart, and rock stars including Snoop Dogg, Travis Barker, Jamiroquai and Xzibit! Incorporating a new 3000 mile route each year, the attraction of the Gumball transcends social barriers, appealing to the adventurer in everyone, regardless of status or wealth; combining grease, glamour and guts in equal measures, stretching the experiences of travel and entertainment – just that bit further. Over the past 10 years Gumball 3000 has been hosted by Kings and Presidents, partied with Snoop Dogg, appeared on the Jay Leno Show, raised awareness for testicular cancer, chartered the worlds 3 largest aircrafts, created untold amounts of ‘Jackass’ fuelled mayhem, hung out at Hugh Hefner’s, and most recently has been invited to work with the United Nations, all through the language of the motor car.

Cartunes Atlanta Upgraded 1985 Porsche 930 Turbo
Not many people know this, but my all-time favorite car is the classic Porsche 911. And when I saw this legally imported, one owner, fully documented...

Porsche Unseen: The Secret Concept Vault
This is all the Porsche concepts throughout many recent generations that have never seen the light of day. There are 15 in total...