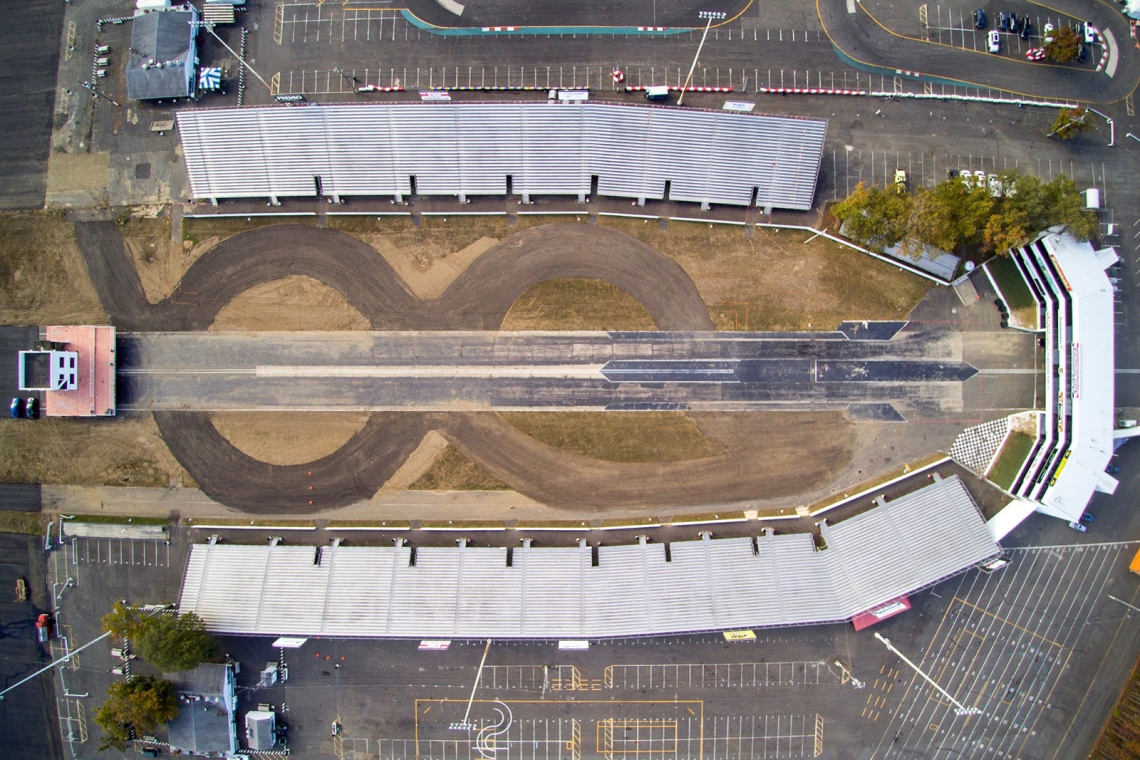 A behind the scenes look at how the latest world-class drift facility came to be, rising from the ashes of a closed NHRA drag strip.

The times, they are a’changing. To say the world of professional motorsports is undergoing some changes would be an understatement. Sure, motorsports are always in a state of flux - it’s the nature of our entire industry - but even in an ever-changing world, the story of Englishtown stands out as a testament to the shifting tides.

The Formula DRIFT press conference at SEMA 2019 was where we all first heard the news. The drag strip at Englishtown’s Raceway Park would become the first NHRA drag strip to be closed down and converted into a dedicated drift track, adding a sanctioned professional element to the grassroots drift-centric facilities already available to Englishtown visitors. As Formula DRIFT viewership continues to rise, it’s no surprise that the series has begun to eclipse many of the motorsports that came before it.

The new drifting stage makes use of the already established grandstands and hotel suites which stand alongside and over top of the former drag strip. Drivers will enter the course under the hotel suite tunnel between the grandstands, and drift an elongated figure-eight course which extends out from both sides of the dragway lanes. Having the facility’s accommodations already established makes the audience seating a breeze, and gets the audience as up close and personal with the action as ever before.

When we heard that Englishtown Raceway Park would become another destination for Formula DRIFT events, we had to see the place for ourselves. We hopped on a plane and met up with Michael Napp, owner and operator of the facility for several years running. After a tour of the awesome facility, we got to sit down with Napp to see just how the iconic facility became one of the world’s most desirable drifting locations.

PASMAG: How long have you been working at Englishtown Raceway Park?

Michael Napp: I got my first paycheck when I was 15, so that’s going to be... 1977 I guess. It’s a long time ago. I’ve always been at Raceway Park. I always came in with my father and I ran around here catching frogs and snakes, riding dirt bikes and go carts, and inventing zip lines trying to fly. Somehow I didn’t die. But yeah, since I was 15 years old - that was the first paycheck I got.

What was the first drift event at the facility?

The first drift event at the facility was the famous story about Matt Petty and Tony Angelo, and actually Chris Forsberg coming in 2002 kicking rocks and hoping they could just get somebody to let him do one thing once in a parking lot. Of course, it exploded in that meeting. And then in ‘03 it began with Forsberg, Tuerck, Gittin - gosh, there’s still a few other people that are still doing stuff that were there for those very first events of the first year.

How has it grown?

Petty stuck through everything thick and thin in that one junky ass parking lot we had under terrible lighting next to a drag race next to a Wednesday night time trial night for years. And I think he thought that’s where his fate was always going to be - stuck in that little parking lot - but he didn’t know that I had secretly planned to sort out the then-unfinished road course and make it adequate for drifting. It required a wall, it required seating, it required fencing for safety. It required a lot of stuff. It was a slow and steady work in progress, and just about the time that the parking lot he was using was basically unusable, I dropped the bomb on him. I told him “Hey, why don’t you go try the drift track? I want to run events out there. You’re welcome.” He chuckled and said they had already been out there. So that’s how it grew. By me believing in him.

What prompted the closure of the NHRA drag strip and the subsequent conversion to a dedicated drift track?

Well that was a tough one. Simply you had one giant event per year, and being between New York and Philly, the land cost to sit here is just astronomical. To do the Nationals, you basically needed every square inch of the facility for that one event. Every square inch wasn’t producing money, so it really wasn’t enough to float the place. We really couldn’t support 425 acres with one event a year. And we had our own large events, but it really just couldn’t add up. It couldn’t support the size of this facility at this location with the given schedule that we had and what we could do. When we went to make an adjustment to do storage that we’re doing now, the town mandated that it was on the parking lots of the drag strip. So even though I’m in love with the motocross, and the drifting of course, and the things that are happening on what we call Raceway West, the decision to stop drag racing wasn’t solely our choice to cut off one part and let another part live. It wasn’t really a pure decision that way. The town, believe it or not, was the final straw on what was to stay and what was to go. The things we’re doing now were mandated to be on the footprint of drag racing. So that was basically the end of that.

Now the subsequent conversion was really because I love drifting. We had enough money to scrape together to put in a track, we have a beautiful 20,000 person facility still in place. We always had a plan to keep that anyway, even though we’re doing storage. We’ve got the beautiful hospitality suites, and it just was a match to bring in the sport of drifting, and give it a facility at the level and caliber that this is. It needs hospitality, it needs press, it needs indoor air conditioning, it needs massive amounts of seats and more parking than we could ever use. And of course, being between Philly and New York will allow FD to expand. There’s a lot of sponsorship opportunities when you’re not out in the middle of nowhere. You’re more tracked. NHRA always enjoyed that part - they came in and they were in the city entertaining their sponsors and clients. That’s just a great fit for FD.

To finish answering the question, Raceway Park is used to being the jewel of the crown for a lot of different things. You know in drag racing we were one of the first ever national events. A lot of our events we’ve been the biggest and best of different events like in motocross here. Formula DRIFT would be another jewel in the crown. It was kind of a niche that we didn’t fill. We didn’t have a pro event, and instead of converting the entire track out there, which I would have liked to have done, it made more sense to give them hospitality, and kind of an upgraded facility so they can further their business as well. There are no limits for them as far as their professionalism and opportunities in this stadium.

The people here are passionate about what happens here. So there’s going to be a different vibe - people that are running it are very charismatic. You attract the best people when you have the best place and the best stuff going on. It just feeds on itself. Plus, we’re around gazillions of people so it’s easy to get a crowd! The other drag strips always say they would love to have a crowd of just the people driving around lost in our area. It all just fits together and makes this a really good destination. I understand we’re the number one destination in America, so that’s pretty awesome, and number three in the world. I don’t really know who said that so I can’t give him credit. It wasn’t me is all I can say. 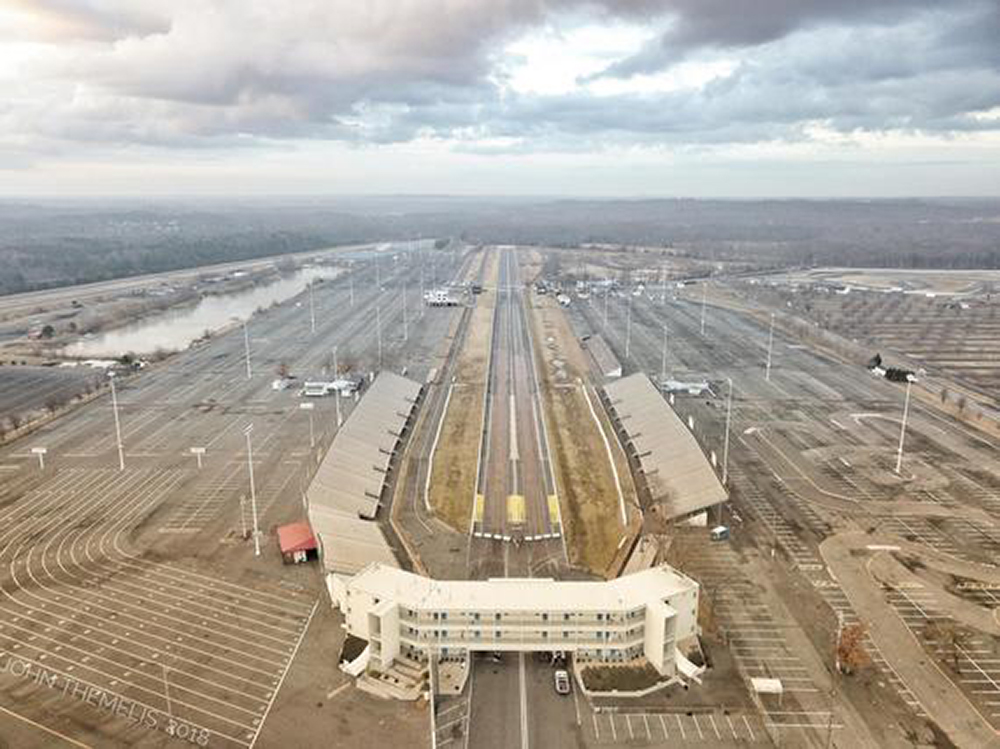 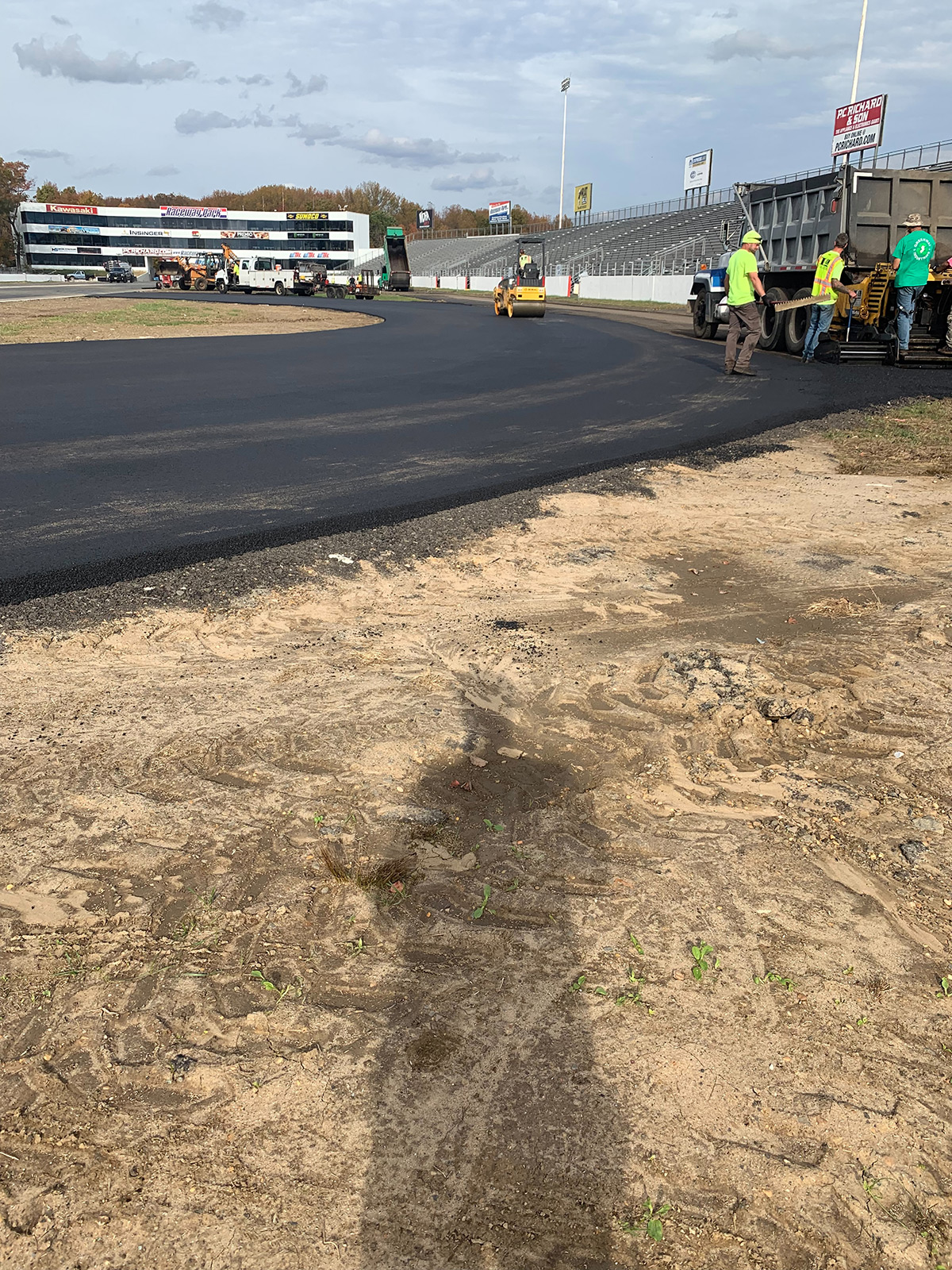 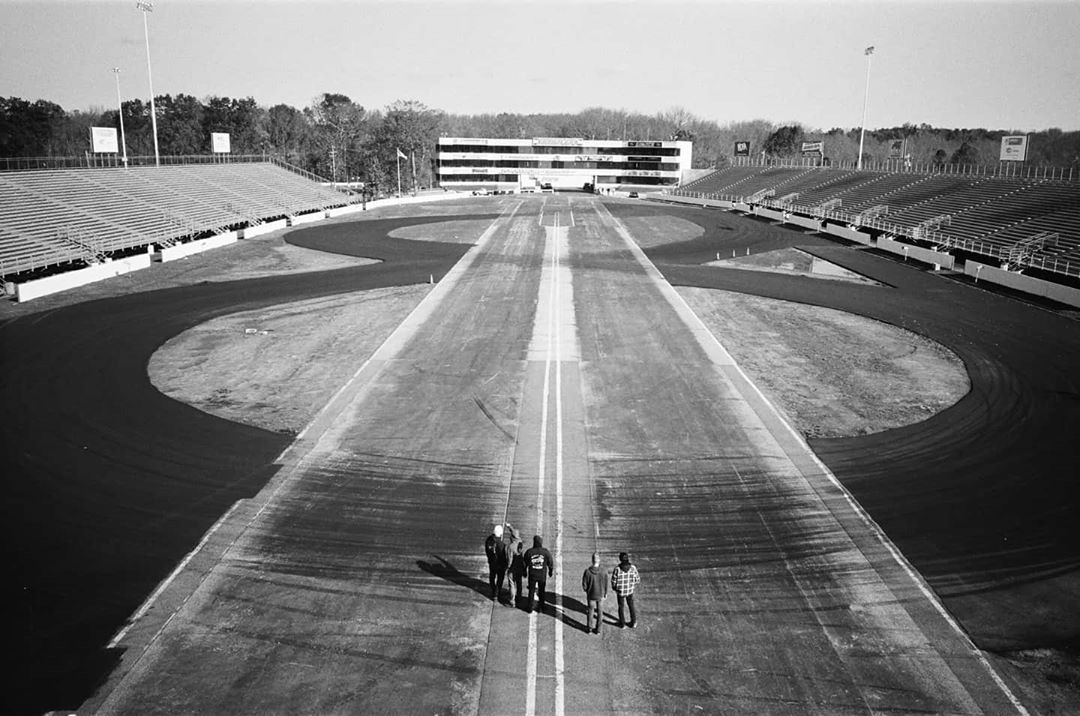