Lost and Found: Japanese Sports Cars Getting their Mojo Back 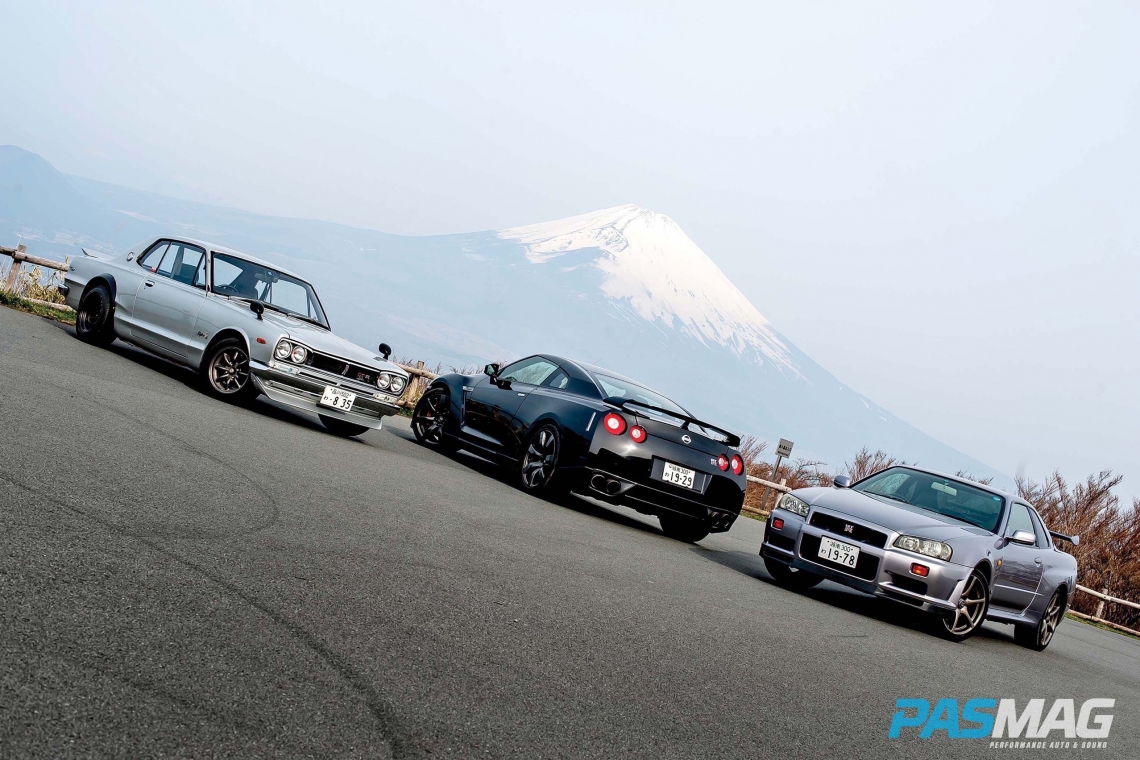 Japanese car enthusiasts are a sentimental, opinionated and loyal bunch. Aren’t we? For many of us, the last great era for Japanese sports cars occurred during the ‘80s and ‘90s when Mazda, Toyota, Honda, Mitsubishi, Subaru and Nissan duked it out on and off the track. They were able to do so because Japan was experiencing an economic boom unrivaled since the post World War II era. Japan was flooded with cash and spent it like it was never going to run out.

But, as we all know, the bubble burst. Suddenly and without warning, the wells ran dry, leaving all the major Japanese automakers scrambling to cover mounting losses in a shrinking industry. Thousands of jobs were lost and dozens of projects were shelved as the entire country plunged into a recession it is still fighting to recover from. Companies like Mitsubishi were on the verge of bankruptcy. There’s a reason Renault owns Nissan, you know.

We must remember that any project from a manufacturer that is worthy of our attention is inextricably tied to its financial bottom line. A sports car from a manufacturer, especially a Japanese manufacturer, is a luxury they must be able to afford or justify. It’s easy for us as enthusiasts to forget this point. 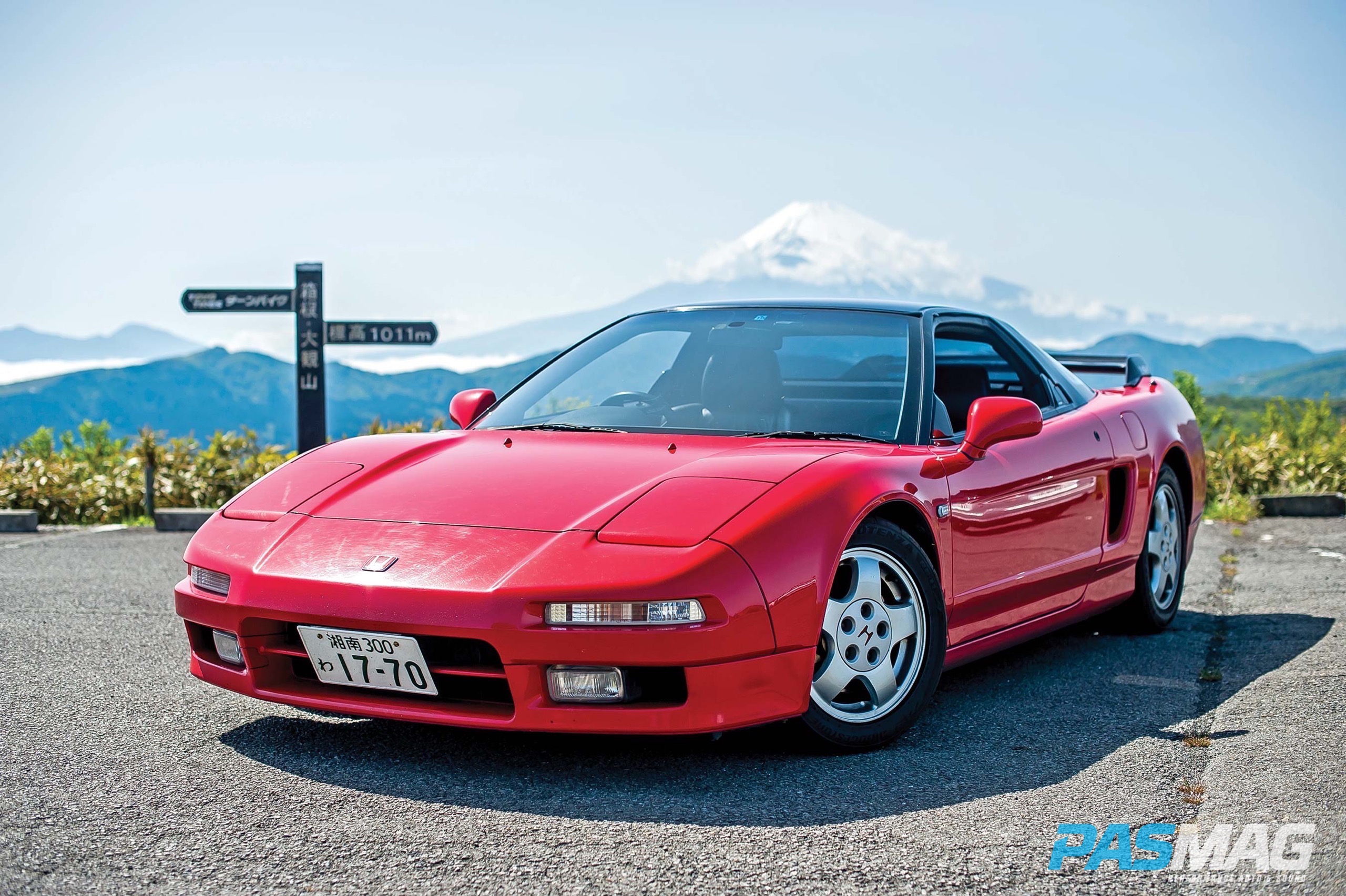 Japanese manufacturers especially make awesome sports cars – if they can afford to. It’s not a lack of passion, dedication, precision or interest, but rather a result of finances, viability and regulation. Sports cars in the Japanese market are an expendable addition to a lineup that is supported primarily by the appliances that the majority of the prospective buyers end up buying. So, you can understand that, if no one is buying its regular, run-of-the-mill offerings (the cars we have absolutely no passion for), there is a much greater chance we won’t see anything of interest on the other side, either.

This explains, at least in part, why an entire generation of enthusiasts was lost to the annals of time. For 10 to 15 years, us gear heads have had very few offerings to choose from. This is also one of the main reasons why there is a rapidly growing interest in – and passion for – “Halo” cars from the ‘80s and ‘90s. Not to mention the models Japan kept for itself while other markets were left out.

The JZA80 Supra, R34 GT-R, FD3S and NSX are ideal definitions of what a halo car embodies. We love them all, even if we prefer one over the other. We joke about which one is better, but deep down we are all grateful any of them even exist. After all, many of these cars were the main motivation for us getting involved in cars in the first place.

This in turn leads us to sentimentality. We hunger for a revival. We hope the manufacturers are listening to us. We remember how awesome things used to be. How often have you heard someone, in verbal or mnemonic form, say that they “...miss the good old days,” or they want this or that manufacturer to “...bring X, Y and Z back?"

This entire conundrum, which has only recently started to decode into an understandable format, is most clearly seen amongst today’s Japanese youths. There’s a distinct and unmistakable lack of passion amongst teenagers and 20-somethings in Japan that has it, quite frankly, setting off alarm bells. The disconnect is startling. 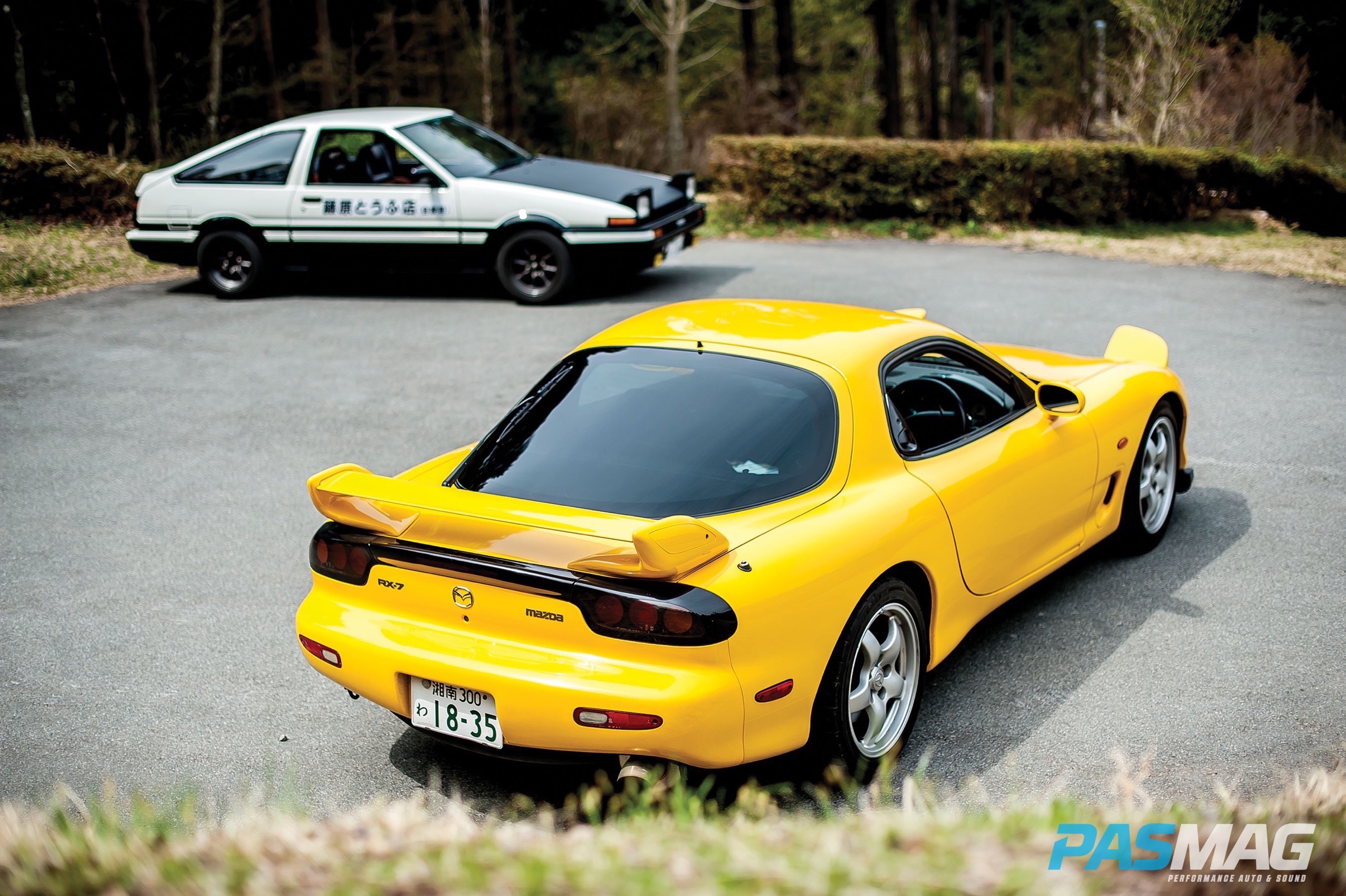 These young men and women prefer to drive “kei cars,” play video games and keep to themselves. They aren’t looking for a “sports car.” Kei cars or “one-box cars” are a major boon for manufacturers in Japanese car culture today. I don’t particularly like them because they are

essentially nothing more than customizable appliances and are viewed as such.

I mean, where is the passion in starting or stopping your microwave or washing machine? If, on the other hand, you told me you like the Honda Beat, Suzuki Cappuccino or Mazda AZ-1, you will definitely have my interest and attention; those cars were built with passion. They are all awesome little cars, despite only having bike-sized engines backing them up.

In stark contrast to Germany, Japan has given up on the horsepower war. Consider BMW, Mercedes and Audi. These three companies have been at each others throats for as long as I have been alive, and to this day, they continue to build staggeringly powerful and luxurious machines out of the box. Each company has a specific flavor and specific division dedicated to creating the most intense versions of their regular offerings. As they say, one sword sharpens another.

Japanese manufacturers, on the other hand, have abandoned their passive-aggressive attitudes toward each other in favor of an ultra conservative and introverted perspective toward the industry. They have become massively risk adverse and are watching their bottom lines closer than ever. It’s hard for any of us to apportion blame when the financial reaper looms over the entire industry with a sickle of bankruptcy.

But things are changing, albeit slowly. In November 2011, I was at the official launch for the Toyota 86 at Fuji Speedway. It was there I got to drive the 86 as hard as I liked on the short course, and I was blown away by how good it was as a pure driver’s car. It was spectacularly easy to throw around with just enough power to ensure the grin never left your face. It was cheap. It was well made and it screamed, “Modify me!” 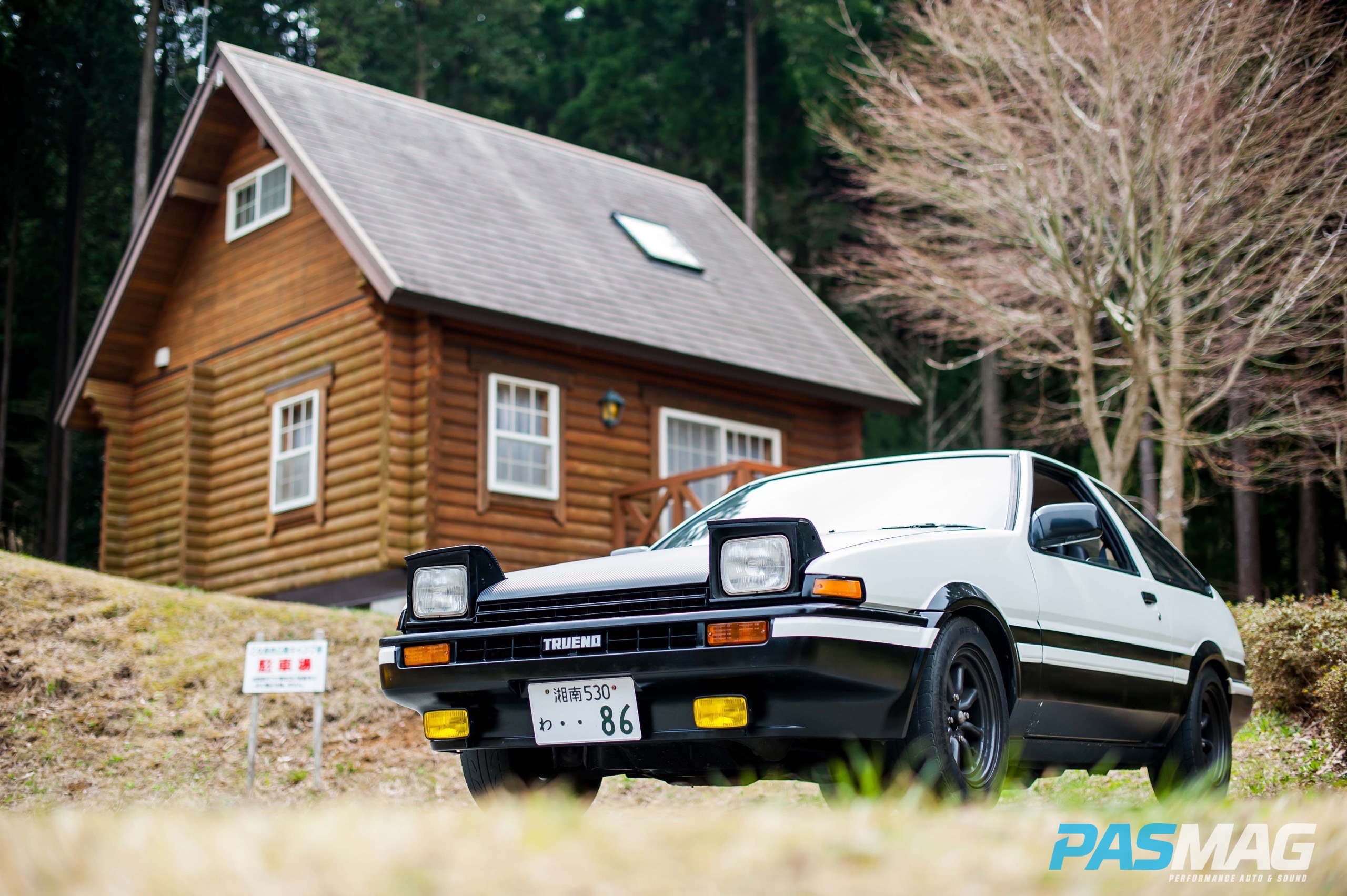 Most of all, it was real. I could feel it communicating with me through the seat of my pants. All the speculation, rumors, backbiting, petty complaints and Internet conjecture flew out the window when the car actually broke cover. After such a drought, here was a sports car Japan could be proud of. All of us enthusiasts drank deeply from the spring, hoping it wasn’t a mirage we were experiencing!

Looking at the car now, the 86 is one of the most successful sports cars Toyota has made in over a decade, with sales in many markets greatly exceeding expectations. And that is just dealer sales. The aftermarket industry has gone absolutely bats#!t crazy over the car and its twin, the Subaru BRZ. I, for one, am not surprised in the slightest.

We also believed in the promises Toyota were making. Akio Toyoda, President of Toyota,  actually apologized for the “lost generation of enthusiasts” and vowed, in public, to make it right. That man has my gratitude and respect. Since 2011, things have really warmed up nicely and we are looking at not only a resurgence in the sports car sector, but also in the rivalries between manufacturers.

This means that the current generation is coming around. This also means there are good things on the horizon for the next one.

It’s obvious there will always be the heavyweights like the GT-R, created purely out of passion and brand intent. But there also appears to be emerging markets in the “middleweight” and “bantamweight” divisions with Honda, Nissan and Toyota all pledging to make smaller and more affordable sports cars in rear-wheel drive configuration.

This, in turn, means head-to-head competition on the sales room floor, and that is healthy. We’ve got a raft of new concepts from all the major manufacturers to look forward to and it seems, for all intents and purposes, that the Japanese car makers are starting to take a much more serious look at the sports car segment of the market again. They are actually aiming at getting young people back into the sports car market. 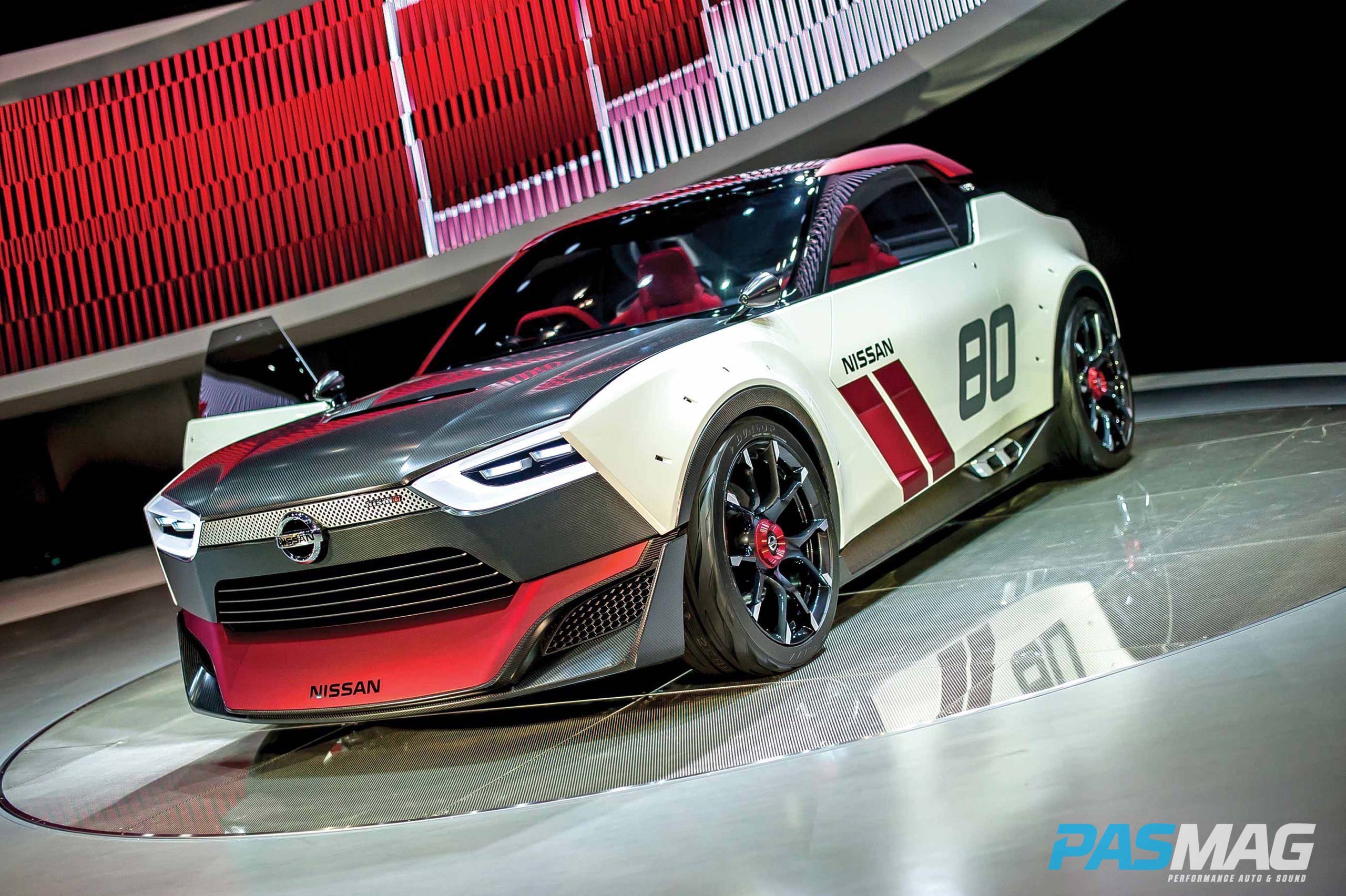 Take the Nissan IDX concept for example. I absolutely love it! The IDX is basically Nissan telling the world, “Enthusiasts, we have not forgotten about you.” Love it or hate it, you can’t deny that Nissan’s consideration is a good sign.

All of this may be swell and dandy, save for one thing.

Hybrid technology. My advice? Get used to it. It’s not going to disappear and will increasingly find its way into mainstream sports vehicles coming from Japan and aborad. This is the future. It is unavoidable and it is in our best interests as enthusiasts to embrace that future while remembering the good old days.

Speaking of good old days, even Honda is getting back into Formula 1 next year with its 1.6-liter turbo unit. Can you understand the significance of such a move? What do you suppose it all means to the average enthusiast? It means that Honda’s hybrid turbo technology will eventually filter down into their sports cars – and that’s a great thing! Any time I find out that Honda is getting serious about top-shelf motorsport, I know something significant is about to take place, since motor racing is a great barometer for manufacturer intent. Honda especially.

Back on the road car front, Nissan and Honda claim they are respectively finishing production for a hybrid GT-R and NSX in 2015 and I, for one am looking forward to seeing what they end up with. If the McLaren P1, LaFerrari and Porsche 918 are any indication, Japanese hybrid technology in proper, purebred Japanese sports cars is a very exciting prospect indeed.

The way I see it? Embrace the past. Remember the future. You can quote me on that.