Shave and Tuck It: Give Your Engine the Home it Deserves 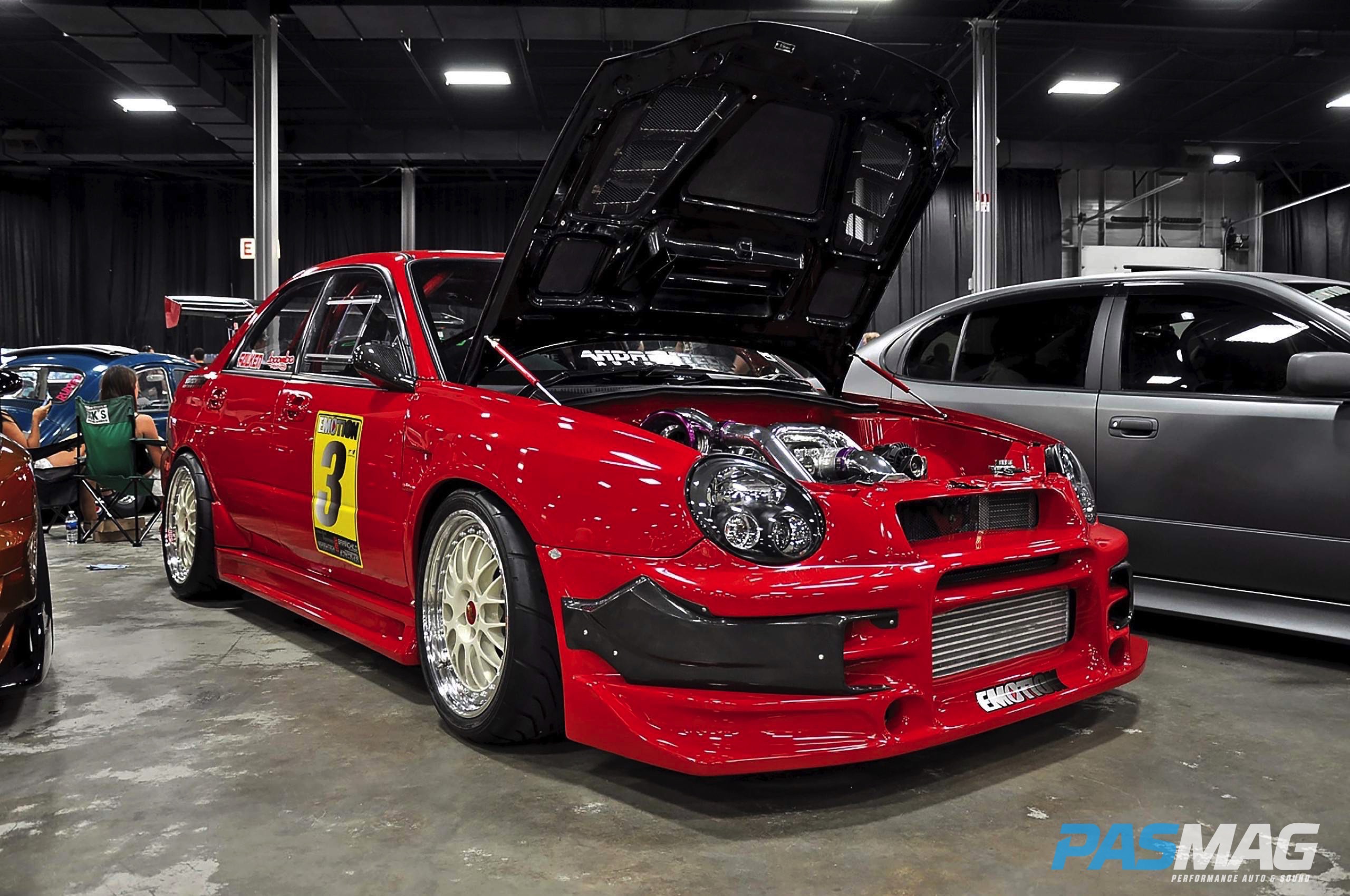 A show car needs to be balanced. Sure, you can go to a show or a meet with a built engine pushing some crazy numbers that impress, but that’s only one aspect of a build. On the other side of the performance spectrum is aesthetics. Both sides of the equation are needed to really tie a build together, especially one that is being scrutinized by enthusiasts and show judges.

A staple for show cars is the good ol’ engine shave and wire tuck. When you roll up to the meet or show to exhibit your creation, you’re sure to get “oohs” and “ahhs” whenever you pop the hood. To achieve this look, the engine bay has to be totally smooth. This means welding any holes from the factory, welding in new pieces to hide components and make the lines of the bay flow. Oh, and that rat’s nest of unsightly wires scattered all willy-nilly over your bay need to be tucked away in various hidey holes. The usual spots for these are up inside and along the fenders. The battery is usually relocated to some interesting place as well, such as the trunk or even behind the front bumper.

Alex Witkin is known for his Subaru Impreza that’s ready for any situation; it’s a race car that looks like a show car. That was the idea behind the latest iteration of the built Subie beast. After being awarded Best Subaru at Tuner Evolution 2011, but only by the skin of his teeth, Witkin knew he needed to step his game up. To ensure future victories for his WRX, he decided to rebuild it. This involved new paint, new parts and even a right-hand drive conversion.

Most notably, though, a large portion of the build was centered on an engine bay shave and wire tuck. Witkin knows this is a necessity in any competition and definitely something that would garner him a few extra points with show judges and fans.

Generously, Witkin provided us with the details on how the cleanest of engine bays came to be. This is how it went down.

To start, the engine, transmission, wiring harness and just about everything else was removed from the car. The less left behind, the easier this modification becomes. At this point in the build, the left-hand drive steering, pedal assembly and other lefty essentials are torn out and replaced by the new right-hand drive components, including a new pedal setup, engine cradle and the steering rack and column.

Holes in the engine bay are marked as needing to be welded over and shaved. Some new holes are added for wiring purposes, while some sections of the bay need to be replaced entirely. Fabrication work follows to get the initial shape and look of the new engine bay.

The car is then sent to Piper Motorsport where all the planning started to come together. The marked holes are filled, the symmetrical tubs created for the sides of the bay and a new piece of firewall is installed. They take care of some additional touches and the car is primed, shaved and prepped for paint.

Plans are then written for the engine, mechanical necessities and the new bay. Brake lines, fuel lines and some initial wiring are taken care of to minimize the work after the paint work is complete.

The install is at the stage where the magic of wire tucking comes into play. Wires and connectors are extended and eliminated not only in the bay, but inside the car.

According to Witkin, this part of the build took the most time and could not have been achieved without the help of his friends at Andrewtech Automotive, who spent countless hours perfecting it.

With new brake plumbing installed and a fuel system taking shape, the parts are ready to be test fitted in anticipation of the newly shaved, painted and tucked engine bay. Next comes the motor, and domination on the show circuit!