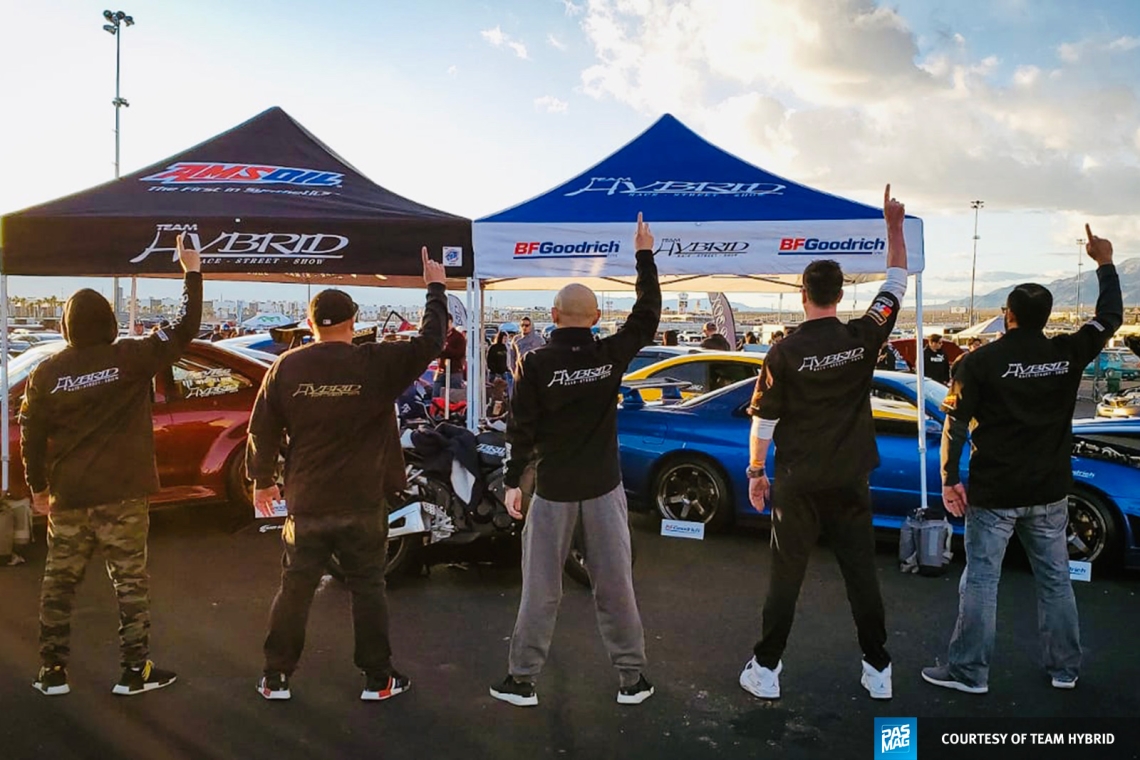 These days there is a new car club born every hour. For many, the car club is a way to connect with like minded enthusiasts to share their passion, take inspiration from one another, and offer a helping hand to fellow club members when they need it. It’s a good recipe, and it’s exactly how the biggest car clubs in the world got started. These days it’s rather easy to establish a club via the instant communication and connections of social media, but way back in the day it wasn’t so straightforward, and that’s part of what makes Team Hybrid’s meteoric rise over two decades all the more impressive. 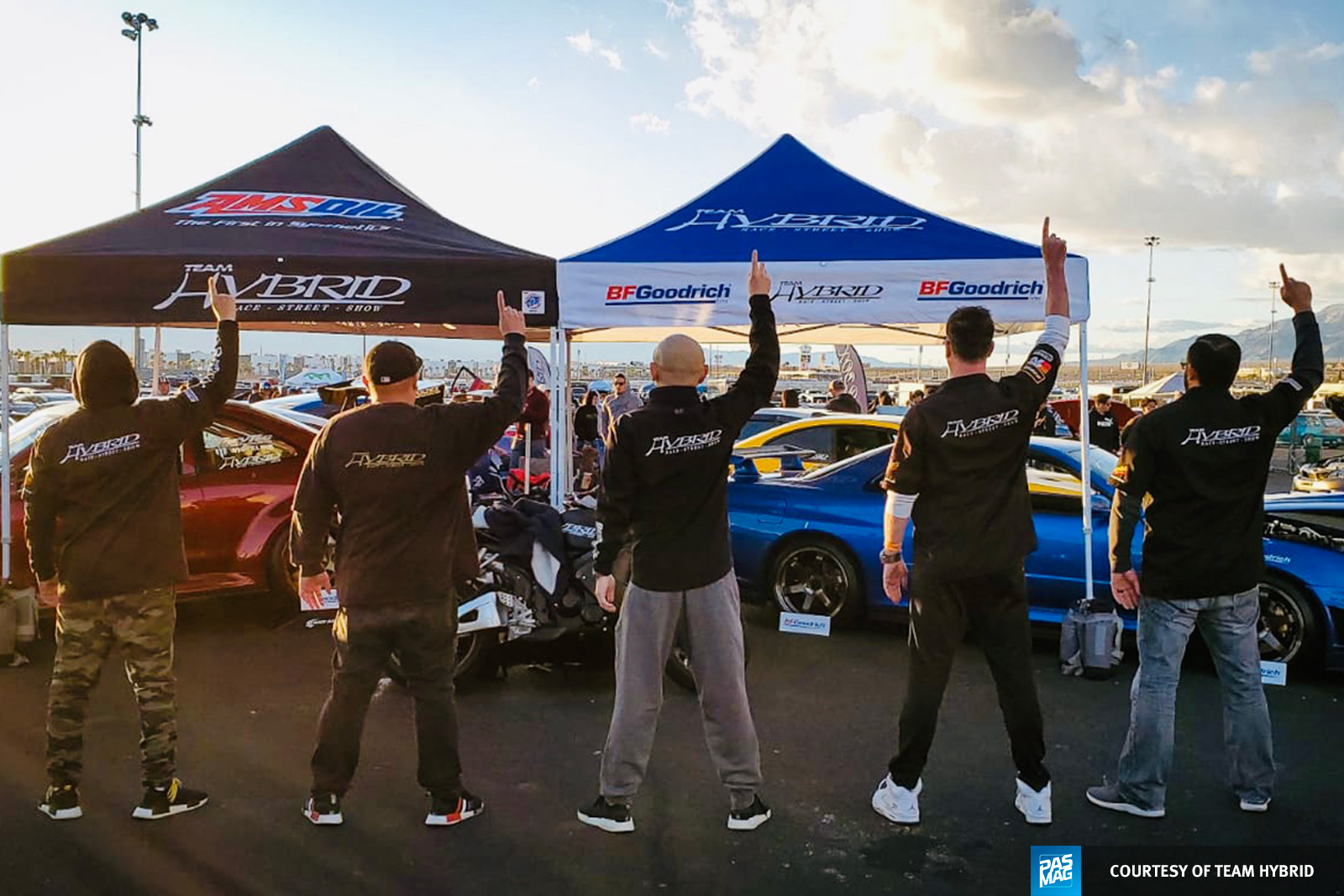 I​​f you’re a car show regular, there’s no doubt you’ve stumbled across some Team Hybrid builds in your time. For over two and a half decades, Team Hybrid has maintained several honors, including most PASMAG cover features for a car club, the import car club showing the most feature cars and/or booth cars at SEMA (a streak only ended by the Covid-19 pandemic in 2020), and arguably the most awarded car club at shows across America. So how does Team Hybrid do it? A lot of it is thanks to legacy. (see 20th Anniversary feature) 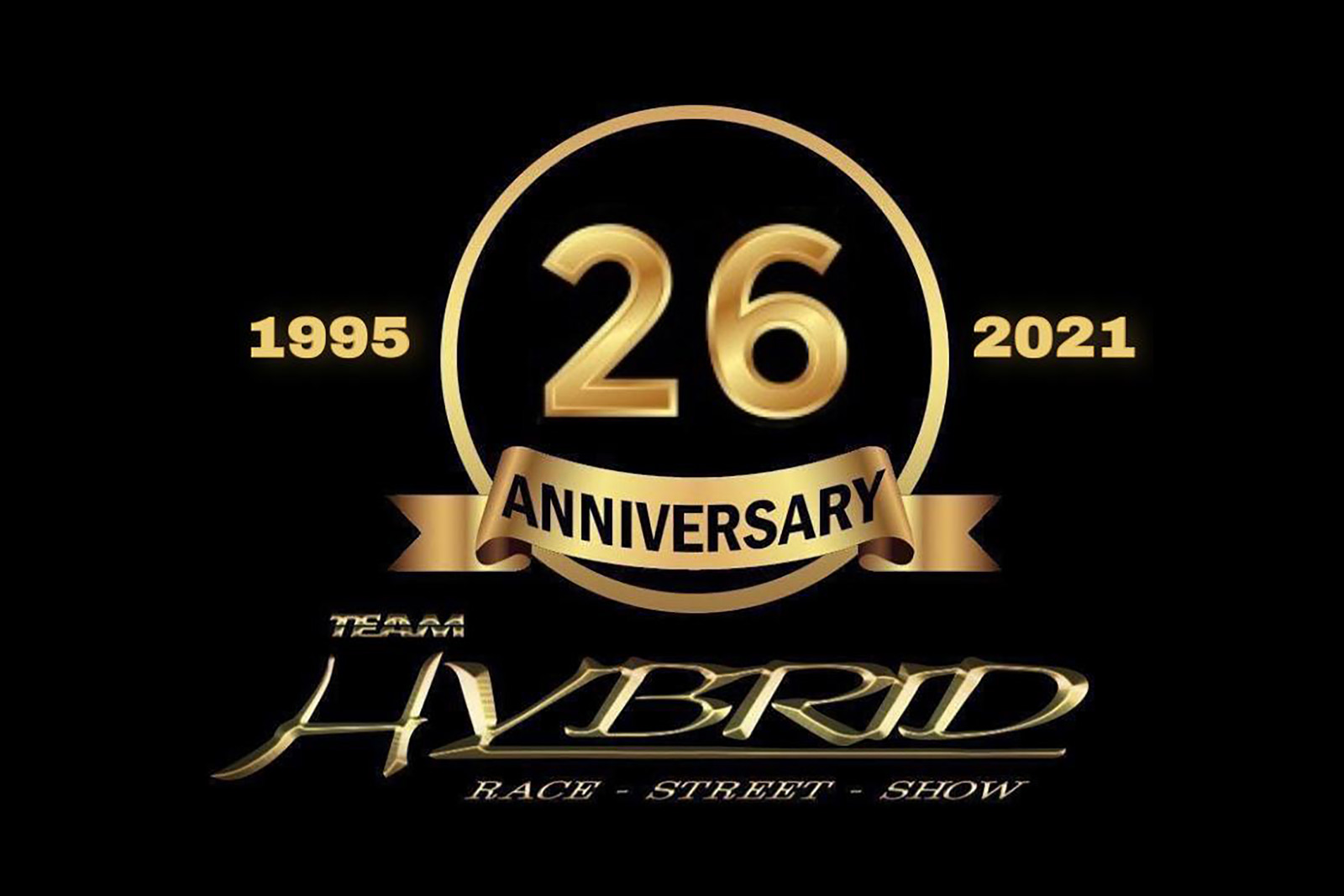 Way back in 1995, Team Hybrid founder James Lin hadn’t even thought about forming a car club. He was just another enthusiast who enjoyed driving his modified car - a white on white 1995 Integra GS-R - on the street to run errands and go about his daily life. It was during weekly trips to make rented movie drop-offs at Blockbuster - to give you some idea of how long ago this was - that he started encountering other enthusiasts in the parking lot at the same time. Over time, Lin became friends with some of the enthusiasts he met, and they wanted to follow him. Back in those days, following someone wasn’t referring to social media, either! They literally wanted to follow in his footsteps and physically follow his car. 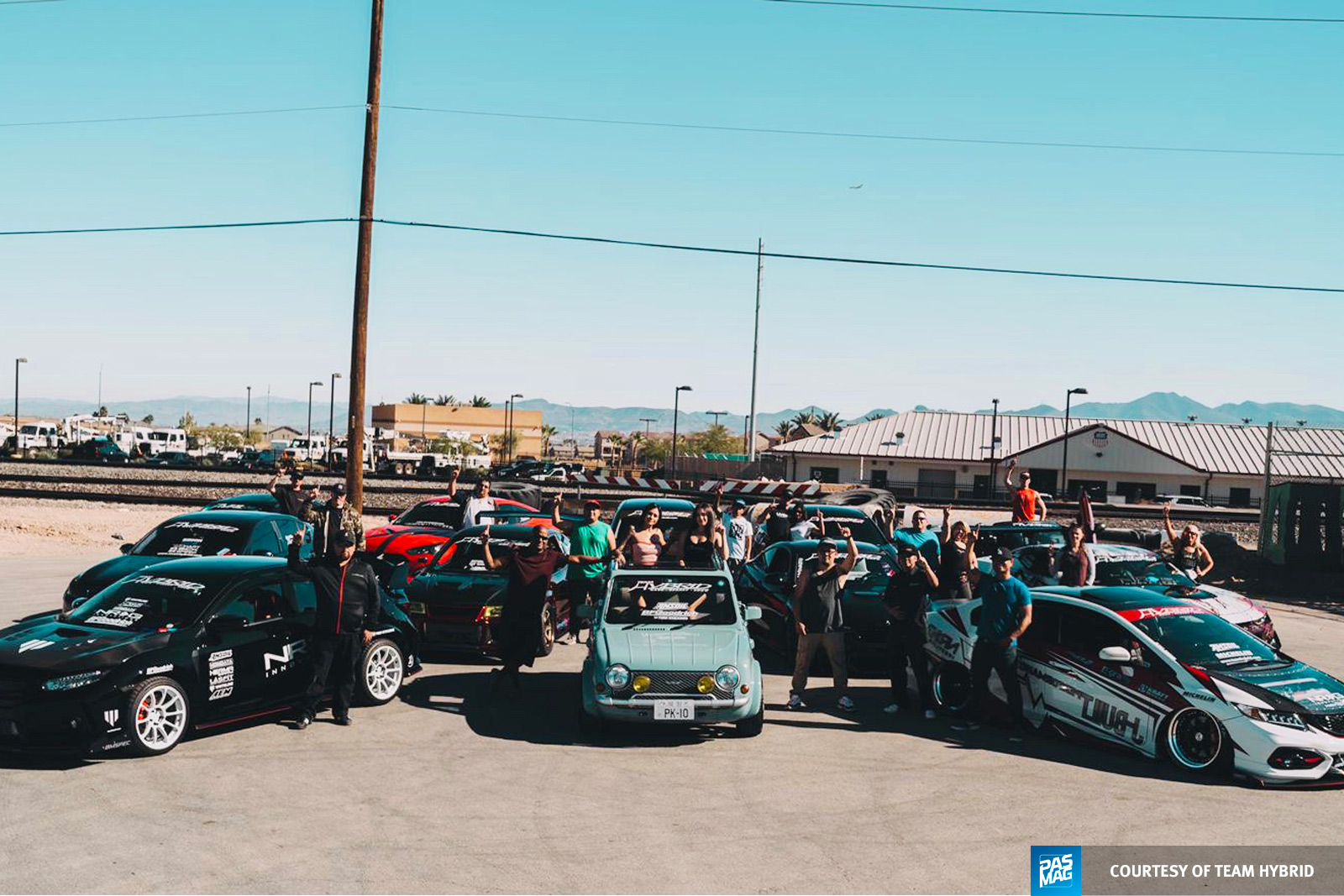 At the time it seemed like a cool idea, but Lin was hesitant to dedicate too much of his time to things outside of his education at UCLA, so he took some time to think about it. Not one to give anything less than 100% to something, he took his time planning out a name, colors, the foundation, the philosophies, and the rules of how he would form his new family and car club. Drawing inspiration from the place where car modifications and multiple cultures in Ventura County meet, Team Hybrid was born three months later. 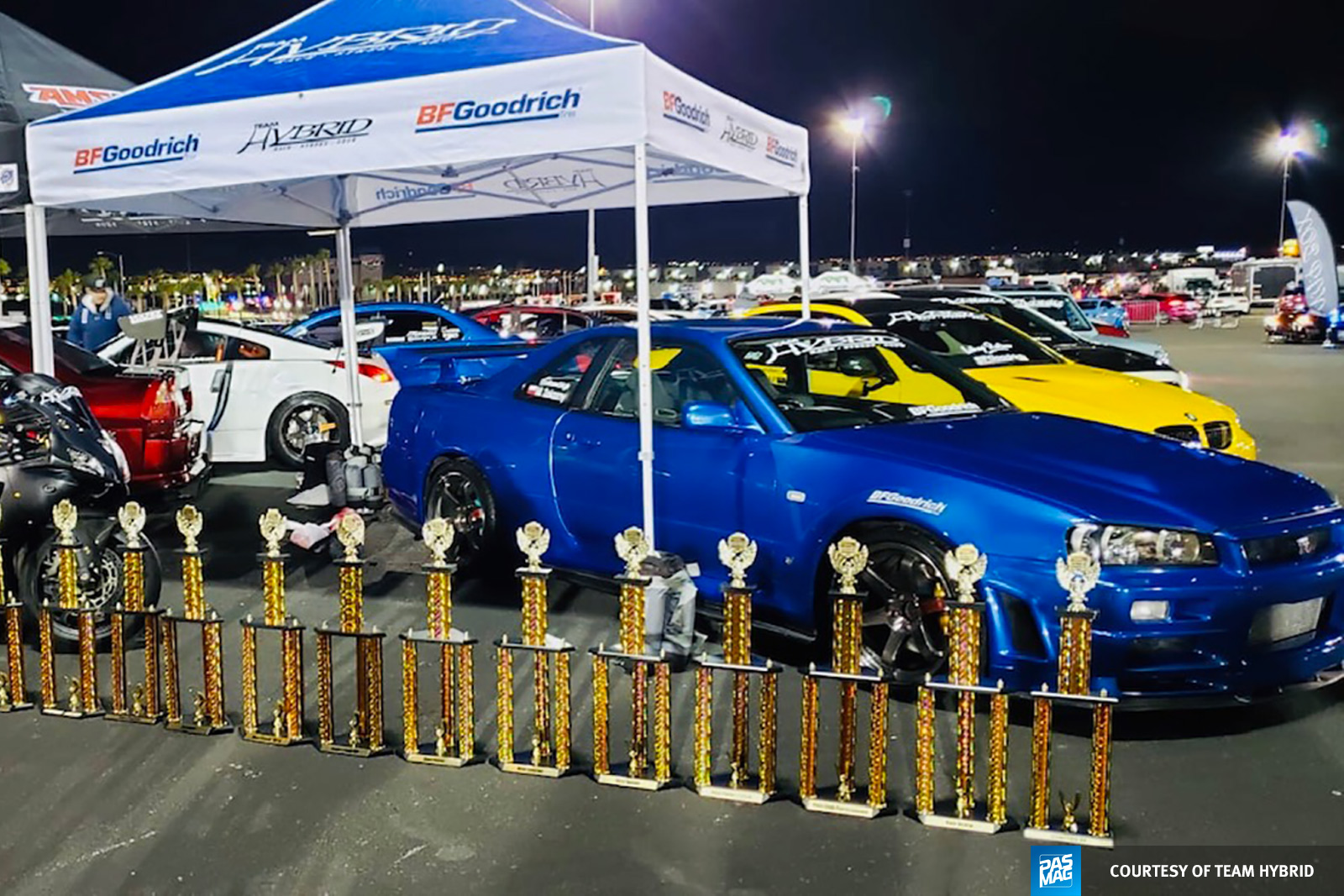 The policy at Team Hybrid is open-door. Anyone is able to join, as long as they’re respectful and take pride in their build. The internal formula eventually filters out anyone who isn’t a good fit, and that seems to be working well for the team. Considering their vast array of awards, they’re obviously doing something right. They let all members build at their own pace, and within their own budget. One of the big perks of having such a vast membership and roster of vehicles is that no one is ever rushed to fll a spot at a show - they’ll definitely have someone if you can’t make it! As long as you can maintain a reputation as a positive brand ambassador, not only for Team Hybrid, but for the industry and the scene as a whole, then you’ll be right at home. 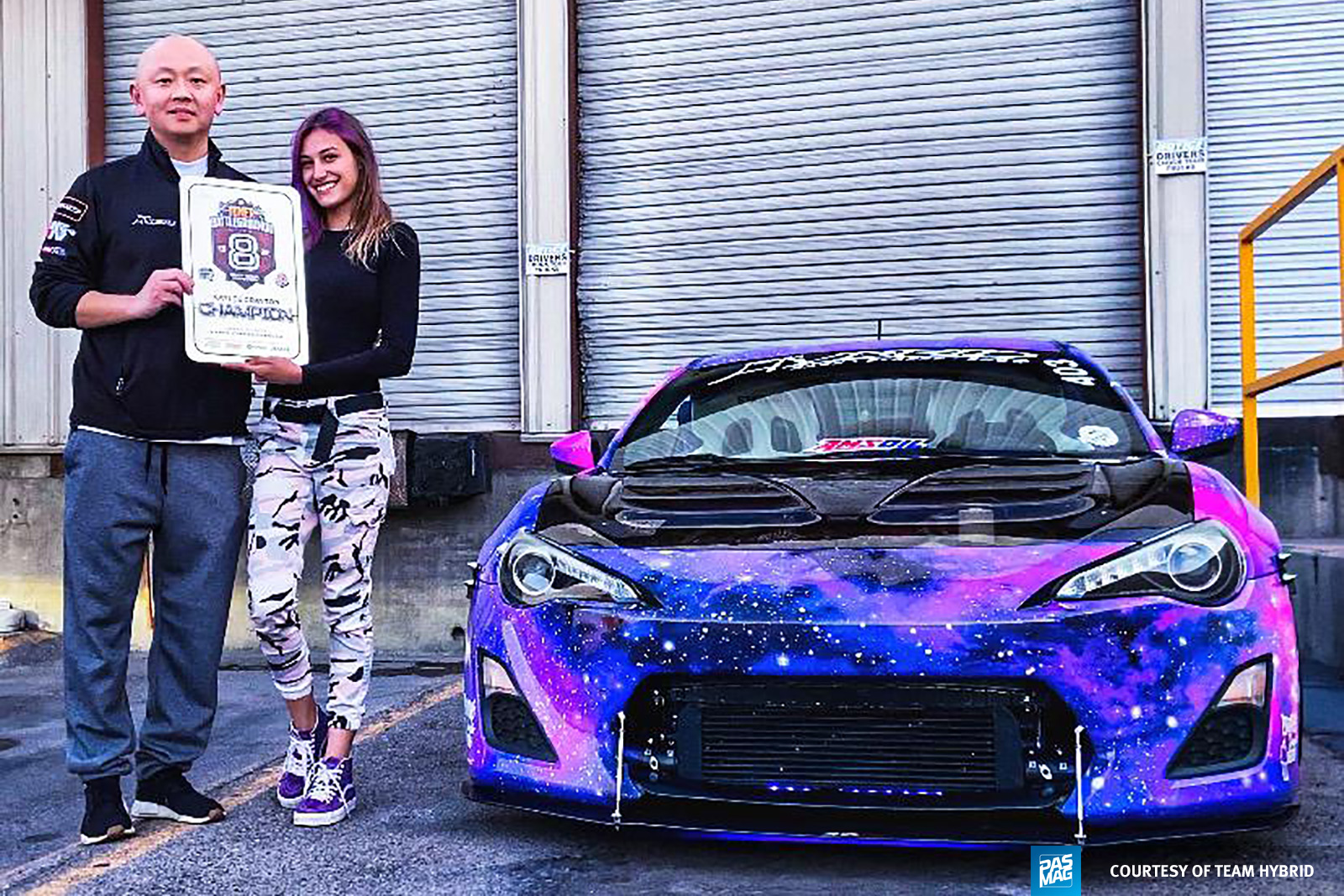 With decades of success under their belts, the founders and long-time members of Team Hybrid are just here to enjoy it now. “I preach this to my guys - from chapter directors, to members, to probationary members - there's nothing left to prove,” quips Lin, “Just have fun. Reach your own individual goals. The team is going to do what the team has to do. Our partners are going to continue to work with us.” Being known industry-wide as the team who delivers alleviates a lot of the pressure to build and expand. Now it’s just about having fun, enjoying the ride, and inspiring the next generation.

As featured in PASMAG Issue #166. Click Here to order. 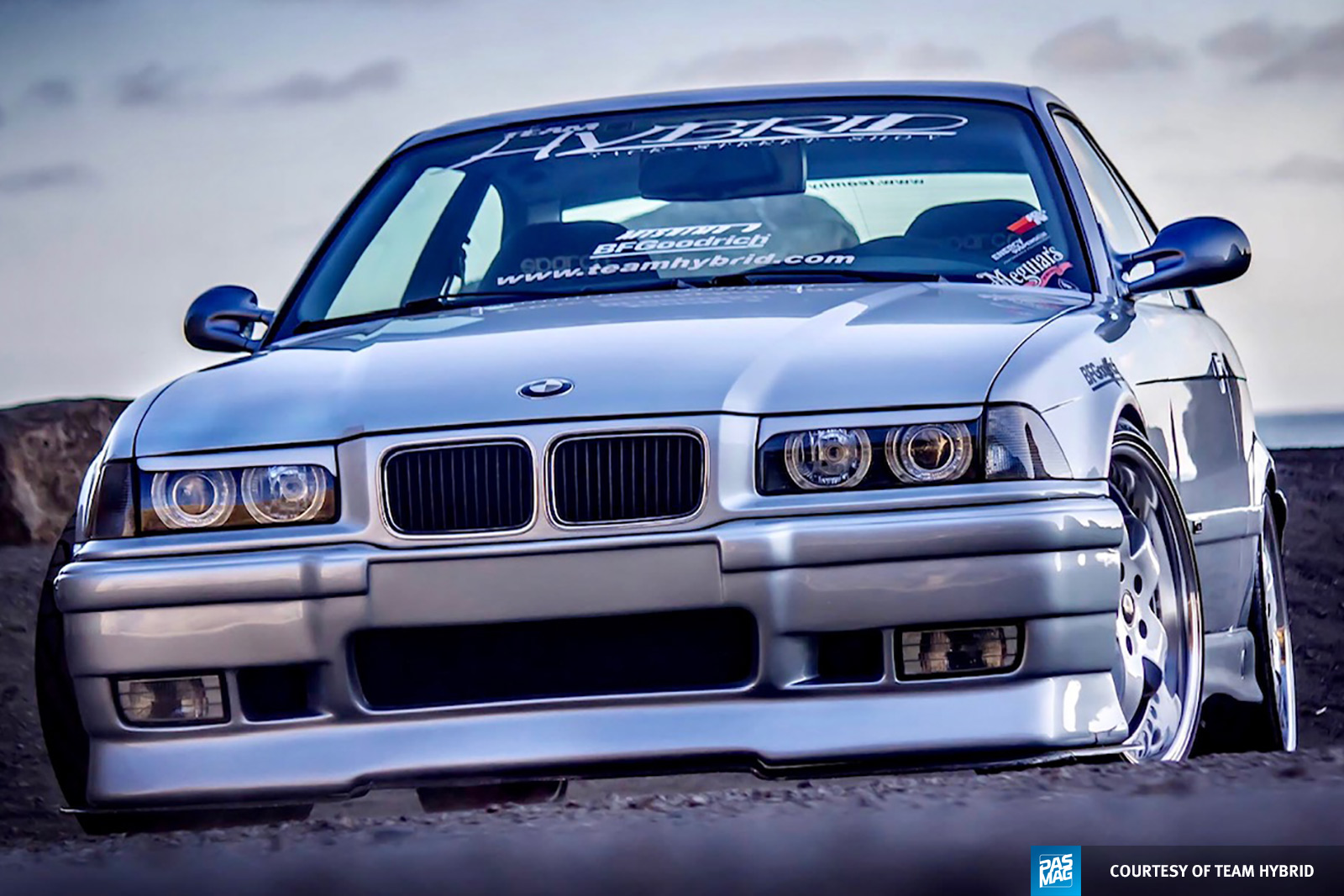 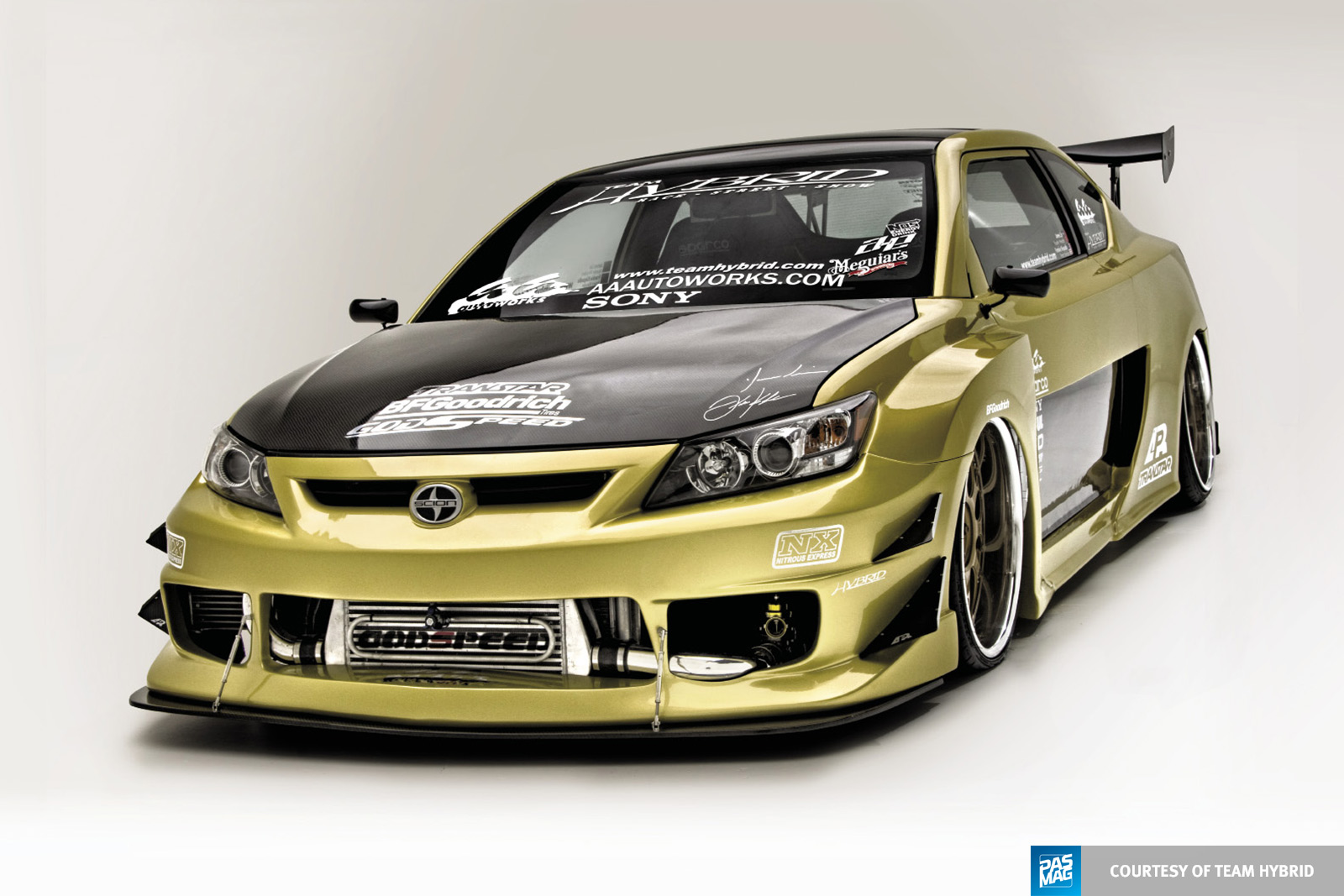 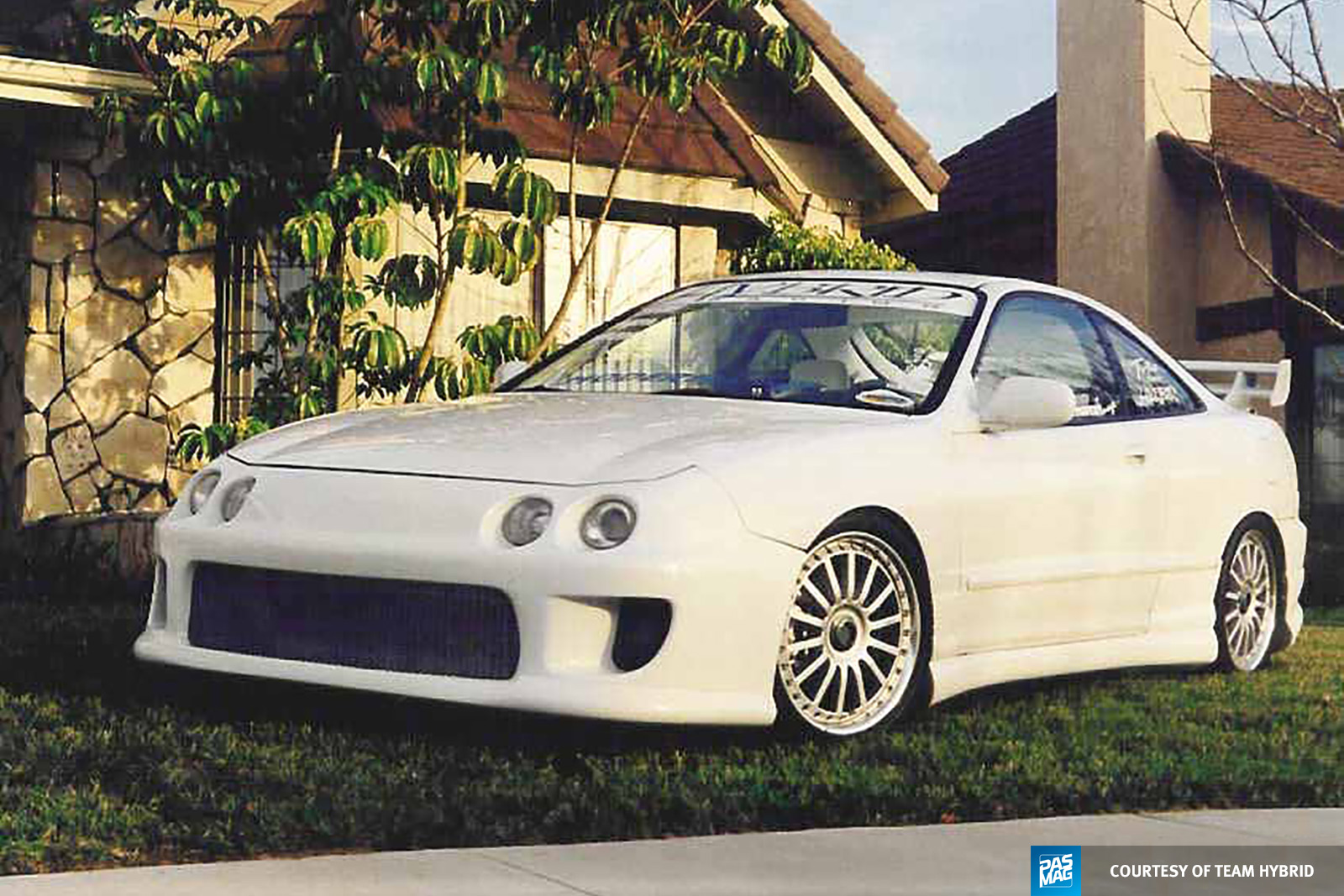 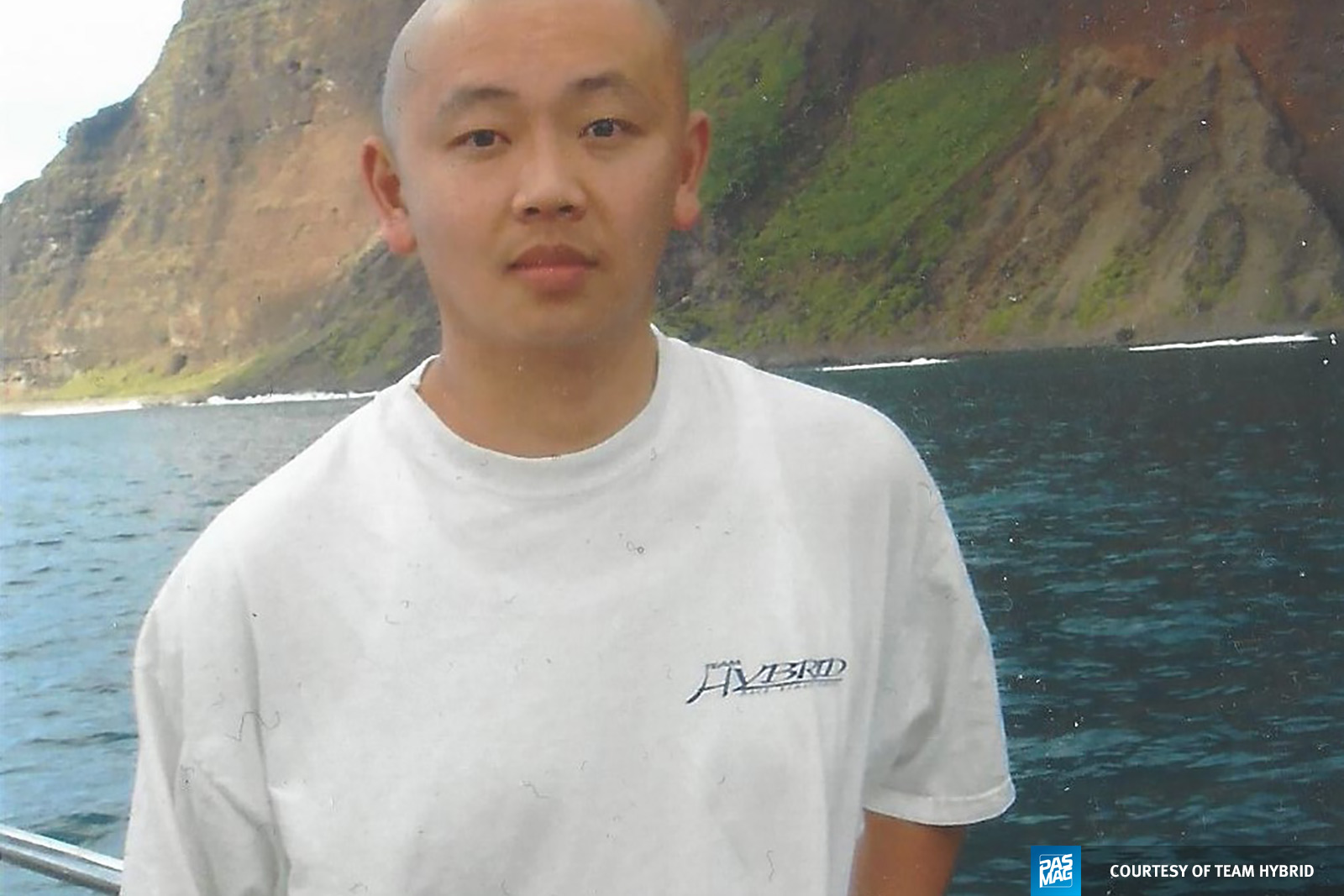 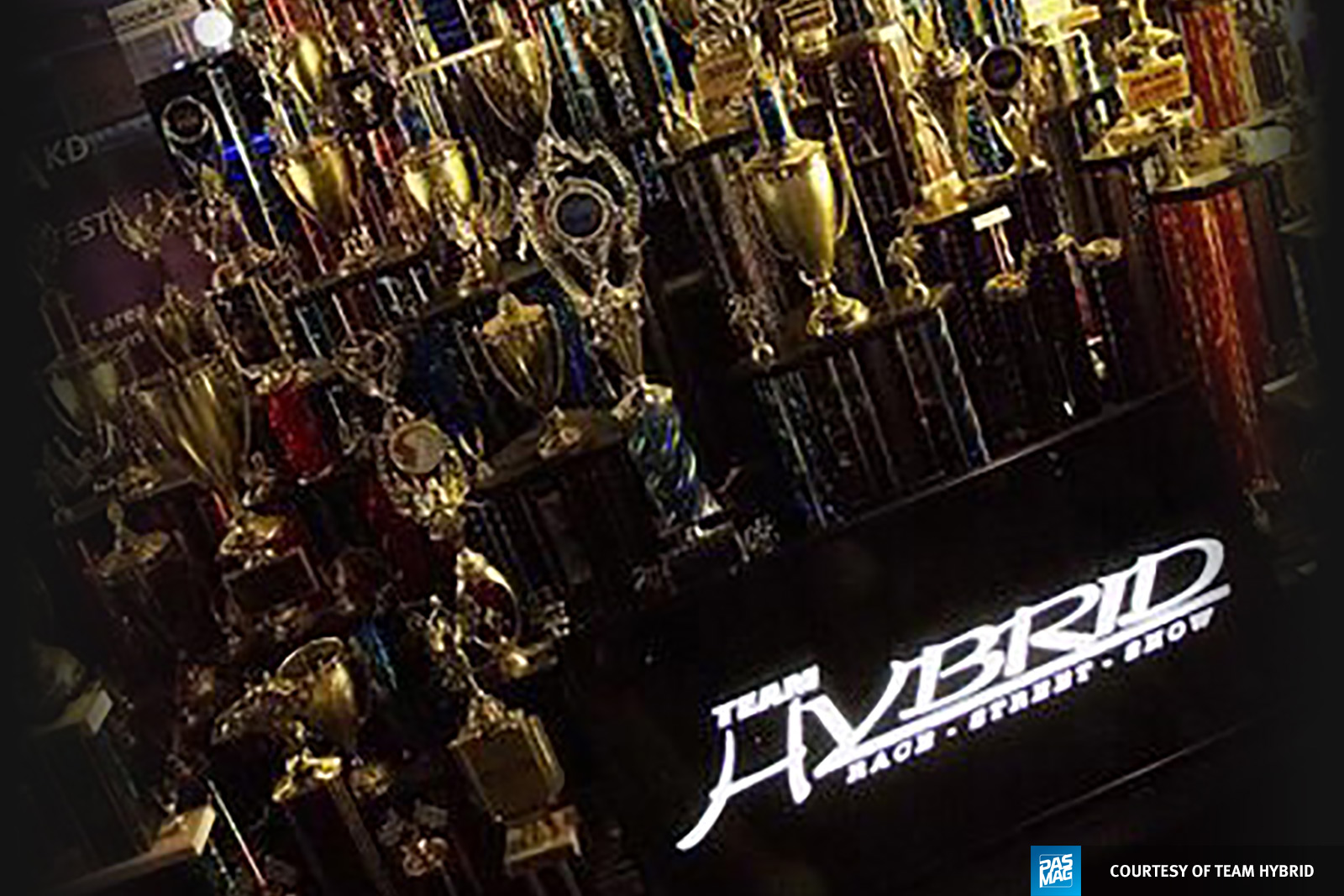 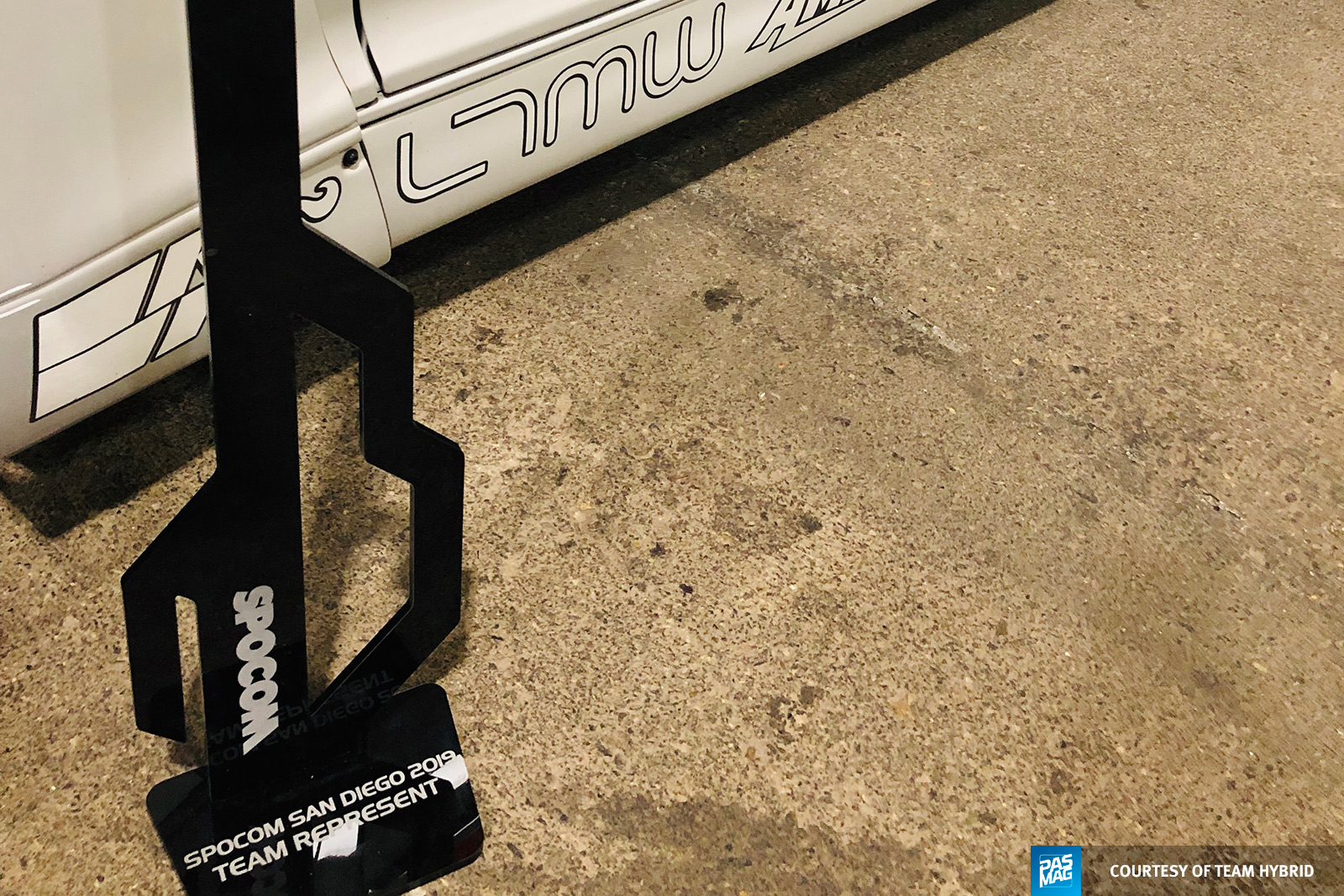 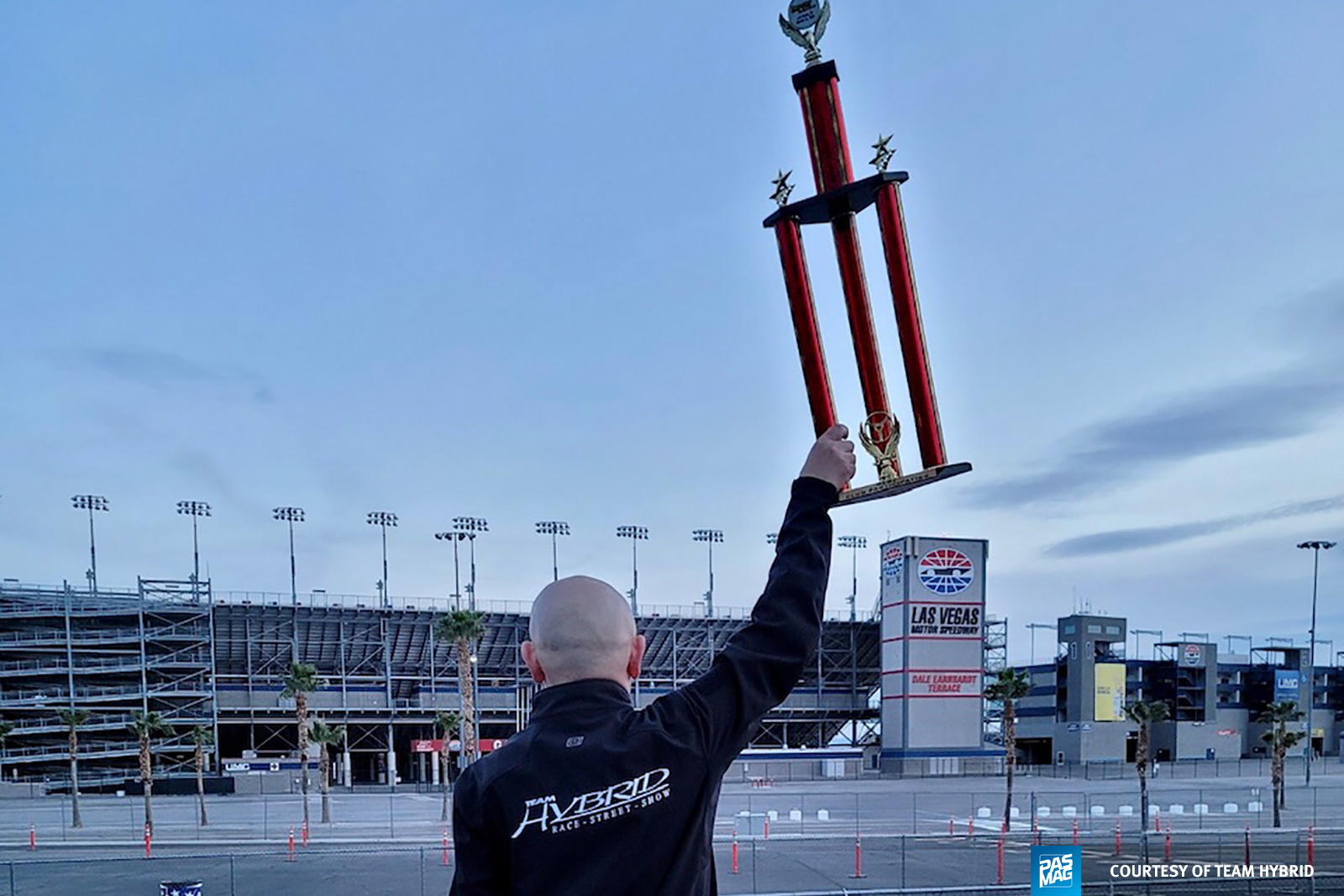