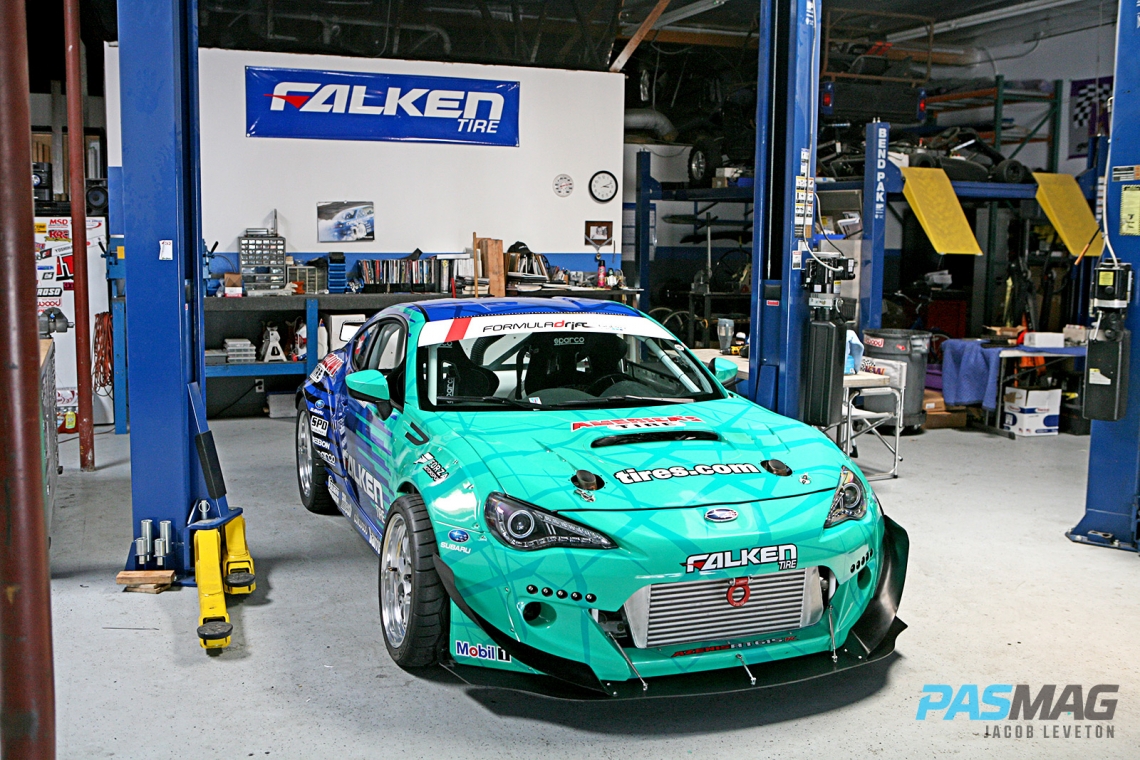 In 2011, Dai Yoshihara won the Formula Drift championship in his Discount Tire/Falken Tire Nissan S13 Coupe. While the car was praised as being one of the best engineered S13s at the time, it hadn’t remained as competitive as the horsepower wars ramped up. At the SEMA Show in Las Vegas last year, Falken announced that Dai would be moving to a BRZ chassis for the 2014 season. What wasn’t announced at the time were the powerplant and livery. Many expected the car to contain a V8 motor, but the decision to go with a turbocharged V8 ensured that the Falken Tire team could be competitive for several seasons to come, while a partnership with Forza Motorsports allowed the team to put part of the livery design into the hands of fans. 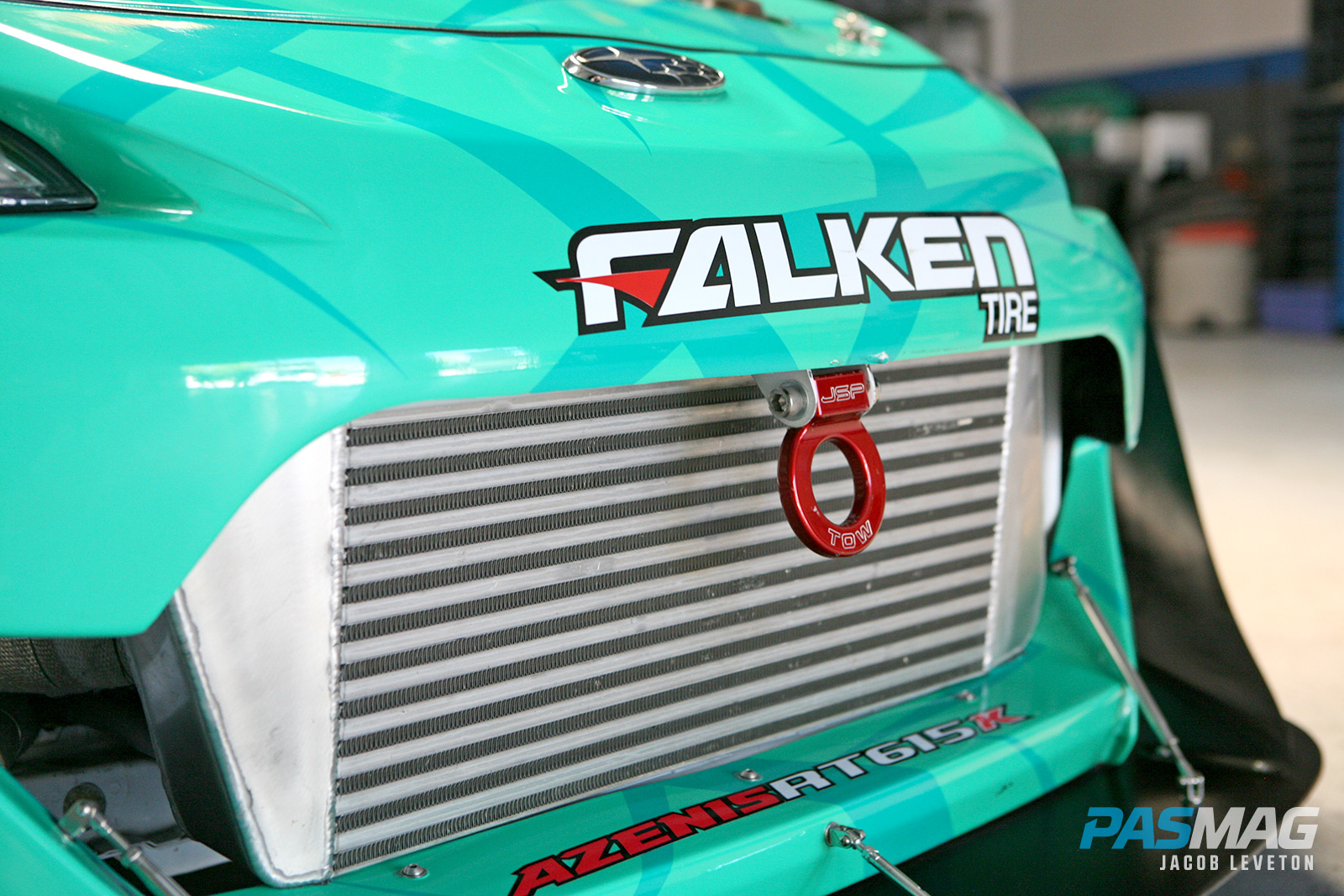 When the car debuted on the streets of Long Beach earlier this year, it was clear that it was one of the most powerful cars on the track. Built by Redline Performance Engines, the aluminum 7.0-liter Chevy motor from RHS was given a full overhaul that included 10:1 compression JE Pistons, All Pro heads and BC internals. Custom JSP Fabrication exhaust and turbo manifolds were built to power the massive Garrett GTX5008 turbocharger, while a custom Wilson intake manifold was paired to a 90 mm throttle body to feed air into the engine.

Turbosmart products take care of the wastegate and blowoff valve, while a Garrett intercooler, Griffin dual pass radiator, and Setrab oil and power steering cooler keep all fluids and air frosty. K&N air and oil filters were paired with Mobil 1 oil to keep the air and oil clean, while SPD Motorsports made the engine fit and took care of all the intercooler piping and motor plate fabrication. The given numbers of 900+ horsepower and 800+ lb-ft of torque are lower than actual, because the car was spinning tires on multiple dyno tests.

The brain of the car is a Motec M800 ECU. As a testament to how advanced a Formula Drift car is, nearly every single movement on the car is captured and recorded. Motec linear shock sensors, GPS and Yaw sensors, a Motec Accelerometer, and Motec pressure transducers are all combined to capture everything from suspension travel to acceleration and lateral G-forces to make chassis adjustments. All the important information is fed through the Motec SDL race dash via a PDM15 gateway and keypad. If you thought today’s drift cars were all about big motors and finesse, you might be surprised to see how much data goes into every adjustment.

Inside the car, a pair of Sparco seats (Circuit model on the driver’s side and Rev model passenger seat) are paired with Sparco six-point HANS-compliant harnesses. A full custom roll cage with side intrusion bars was fabricated by SPD to meet the Formula D sporting regulations.

The BRZ was the second to enter the Formula D series after Toshiki Yoshioka’s car ran the 2013 season with an upgraded 2.5L EJ257 Subaru STI motor. Several Scion FR-Ss have been campaigned in the series over the past few years, though none have earned a final-four finish, showing that the learning curve of the ZN6 is substantially higher than many of the other chassis on grid. From the factory, the ZN6 chassis is designed to have a low center of gravity and allow the driver more direct feedback, but pushing the limits of what the Toyota and Subaru engineers created by drifting the chassis has proved to be tricky.

Yoshihara was given a pair of testing days in late March to get used to the new chassis, and found that the car drove much differently than his previous Nissan S13. With additional testing, the team has been able to dial the chassis in, learning how much traction is necessary without making the car too tight to drive.

“At first, the car was really hard to drive” said the 2011 Formula D champion. “It took us a while to get used to [it], but I can already tell it’s going to be a better car than the S13. We have so much more power we can finally keep up with all the other cars. I can’t wait to put this car on the podium. I know we will get there soon!”