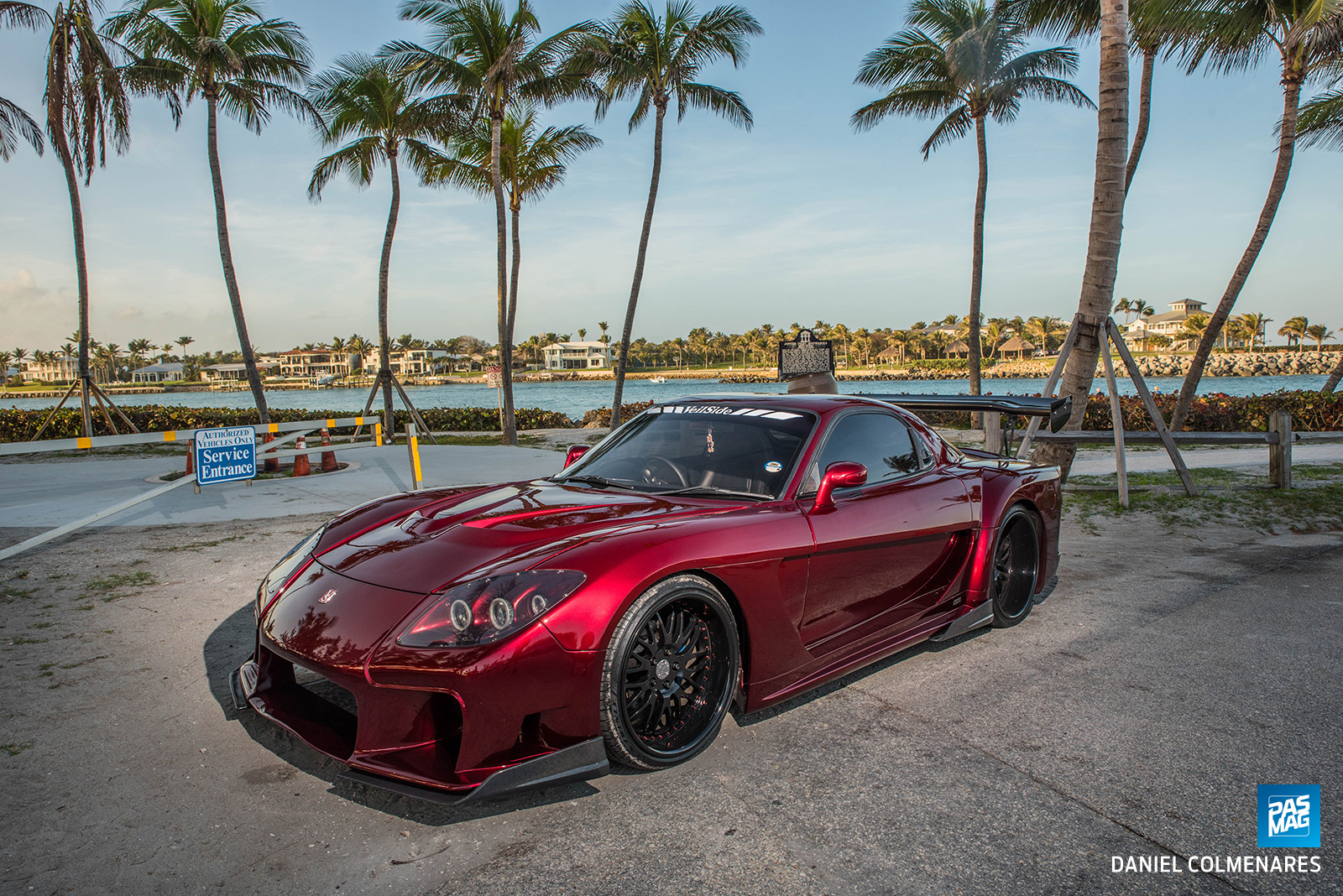 In June of 1992, an FD RX-7 rolled out through the gates of Mazda’s assembly plant in Hiroshima, Japan. After enjoying a few years of JDM life, the car was snatched up and imported to the United States, quite illegally. If you’ll recall, the U.S. has a 25-year import law, so the RX-7 wouldn’t be up for legal import until 2017. Landing in Georgia initially, it was then sold to a body shop in Dallas, Texas, where it received Veilside’s infamous Fortune body kit, was painted black and green, and was featured on some early Hot Import Nights flyers. 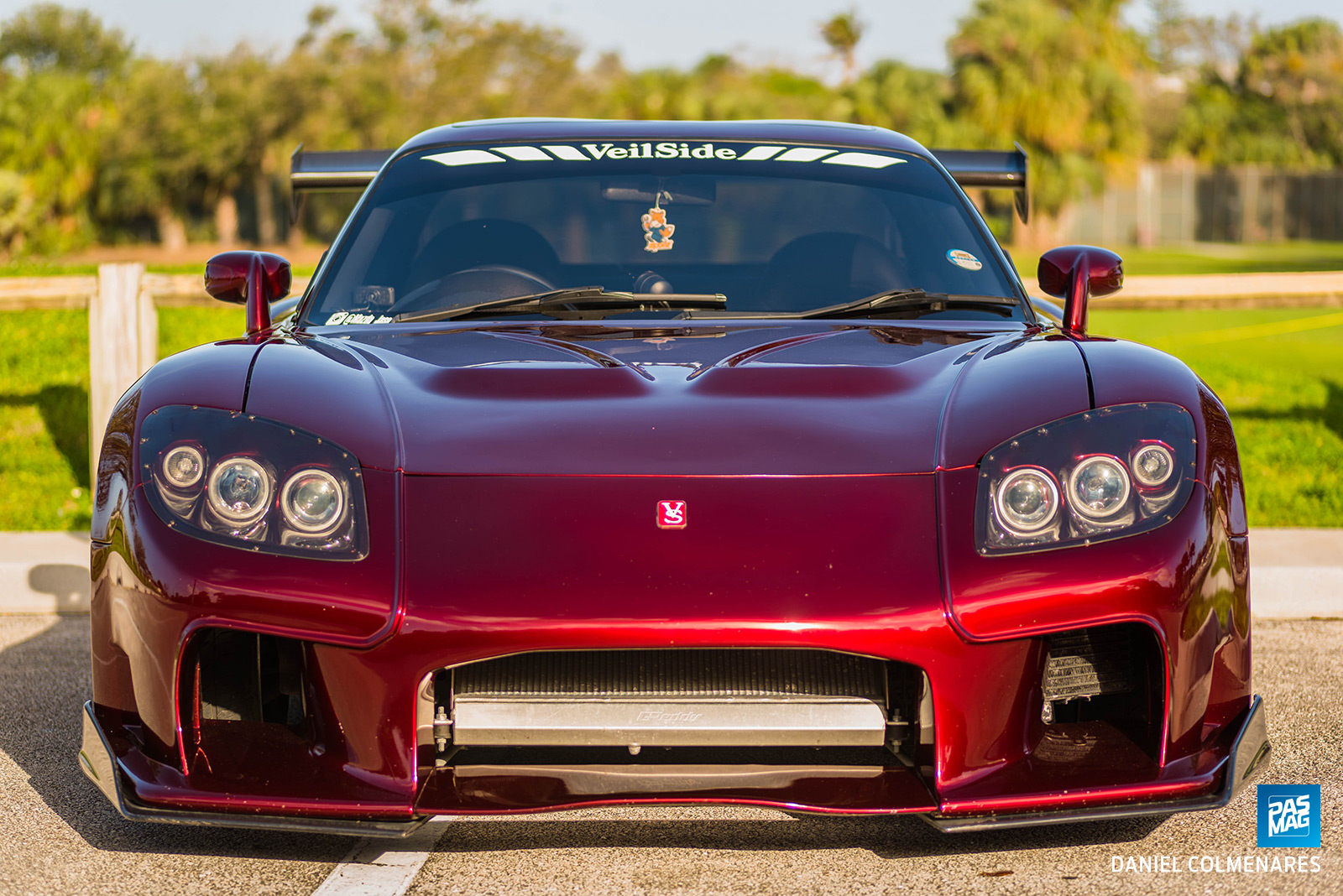 Over the years, the RX-7 would fade into obscurity while being sold off to different owners, eventually finding its way to Florida and in front of Jason Neering’s eyes. “I saw this car on the road and spent three years looking for it,” Neering recalls, citing his love for the Tokyo Drift RX-7 as the cause for hunting this car down. “That December, near Christmas, I got the gift I wanted.” 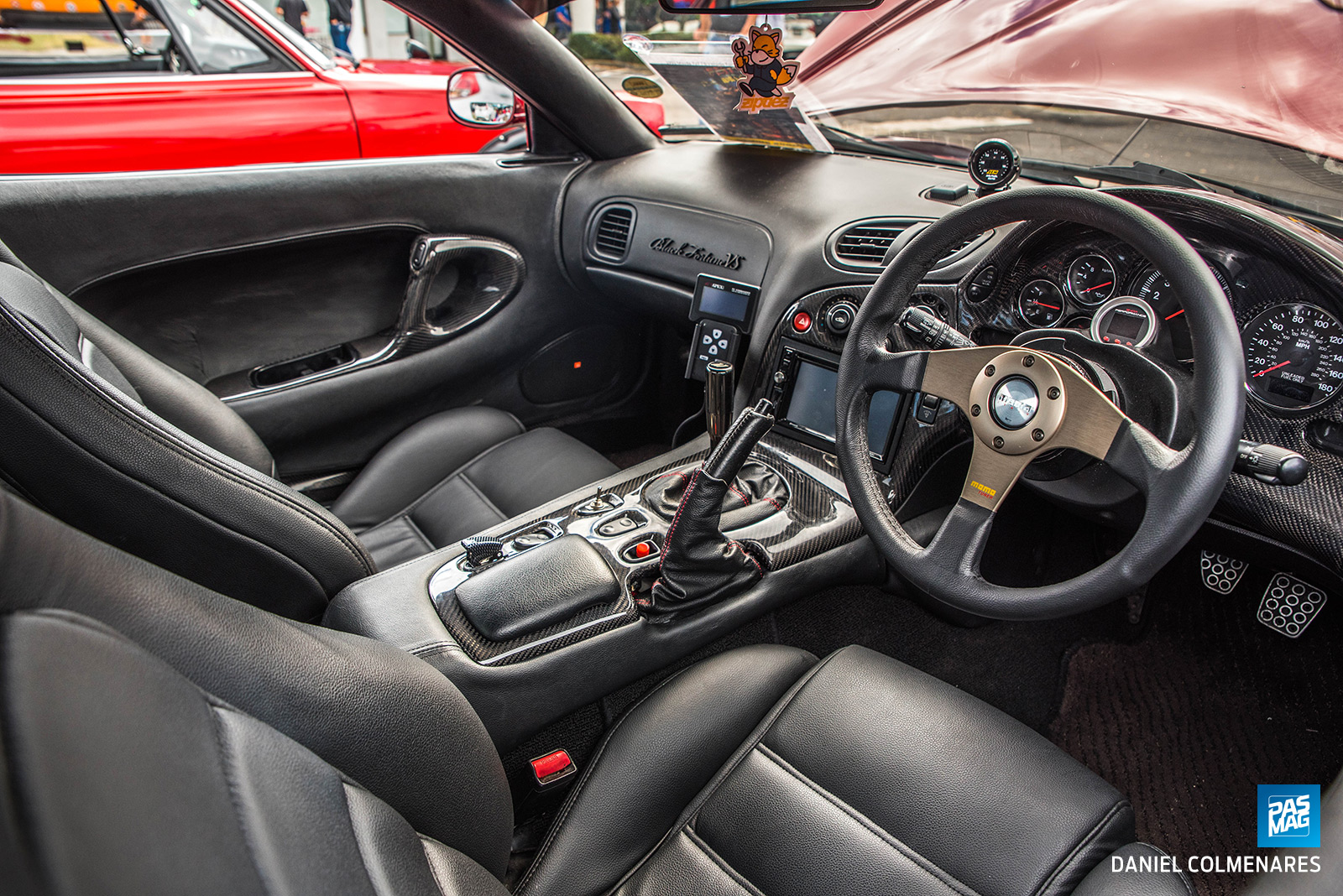 Neering finally found the Veilside RX-7, neglected and practically falling apart in a warehouse, and offered cash on the spot to take it home and restore it to its former glory. With only six months to go before the FD was legal in the U.S., Neering made sure all the paperwork was good to go, so no one could take all his hard work away. The goal was to take a car that was very planted in the early 2000s and bring the build up to modern day standards. 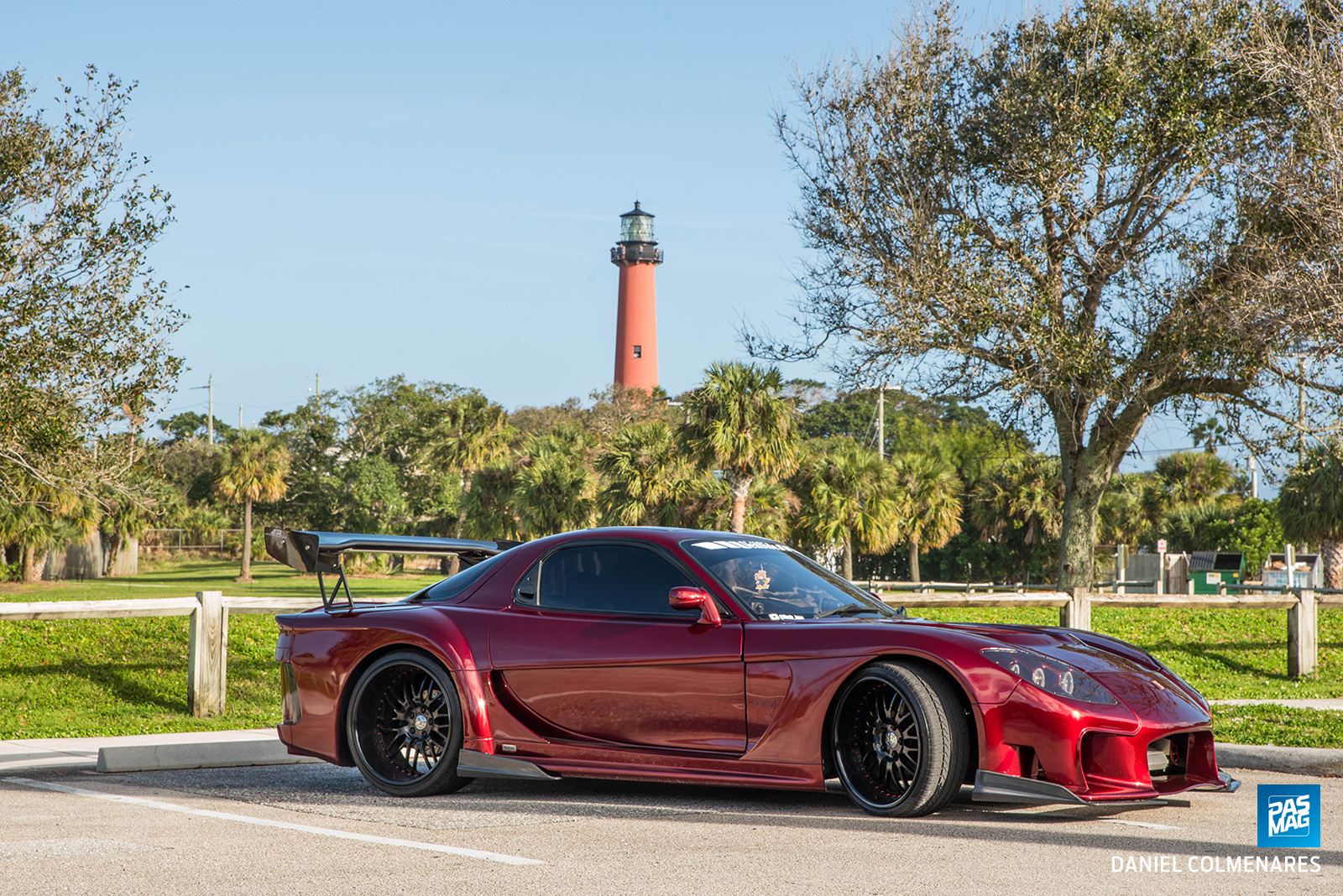 With the Veilside kit being the most dated part, Neering brought it back up to spec by shaving all rivets and side markers off and coating it in a metallic candy apple red paint. Under the hood, the 13B rotary got the Greddy treatment with a full V-mount setup, and even ported, polished, and refurbished the twin Hitachi turbos. Between the Apexi Power FC and nitrous and methanol injection (the first Cryo2 methanol injected rotary ever), the RX-7’s twin-turbo 13B puts out 425 horsepower! “I wanted an updated version of the famous Veilside Fortune RX-7, and that is what I think I delivered with this 25-year-old car,” Neering says. We think he’s more than achieved his goal. 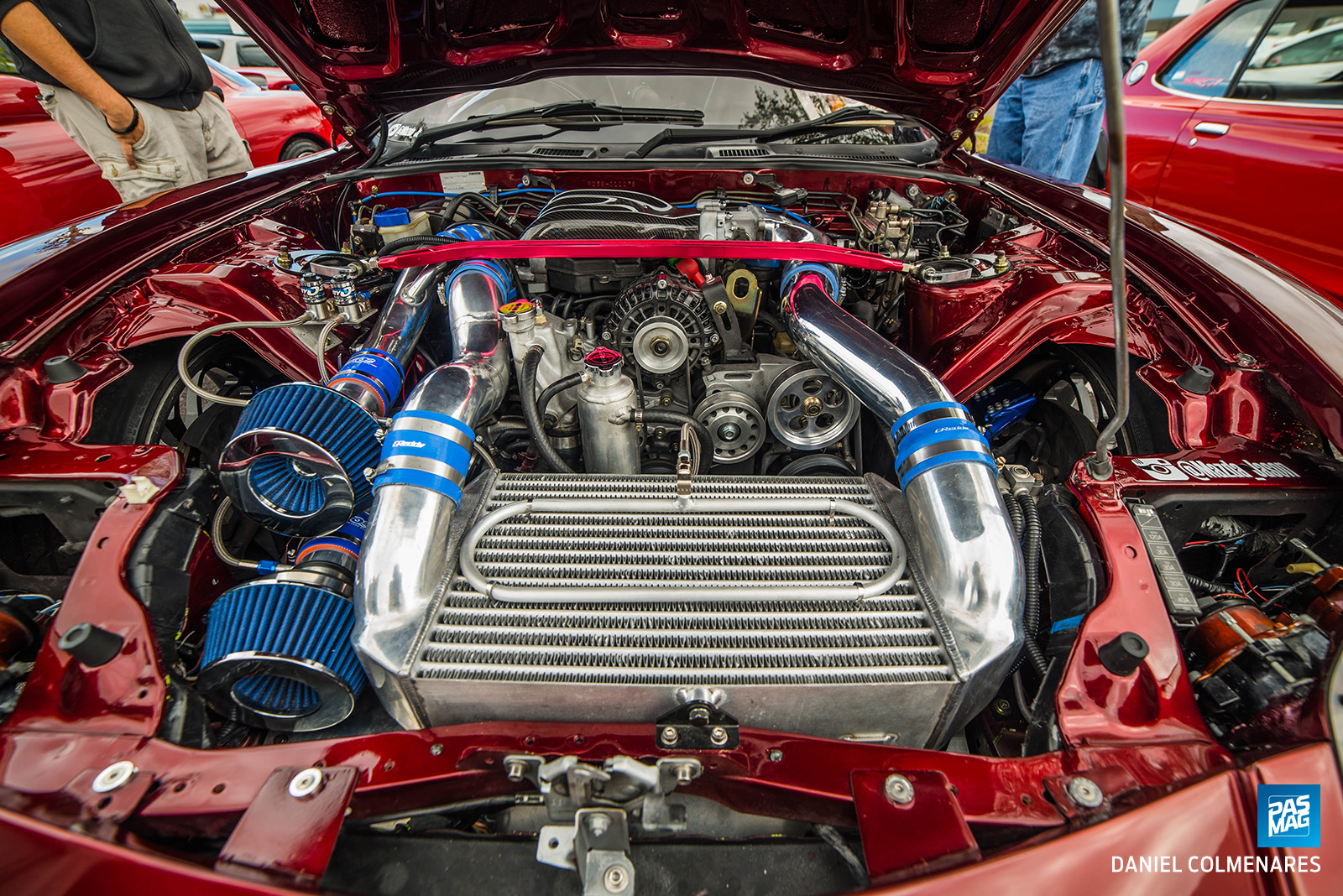 Chelsie Lesnoski: Carbon Fiber with a Twist
When Chelsie from Throttle Thrashers Garage posted her custom gold flake on a carbon fiber wing, we knew there was more coming for her RX-7. We also...

Interview with Neal Woon-Fat of TBA Brand
Neal Woon-Fat is the Founder and Creative Director at TBA Brand. Neal has a rich history in the automotive industry in Canada - he was the Show...