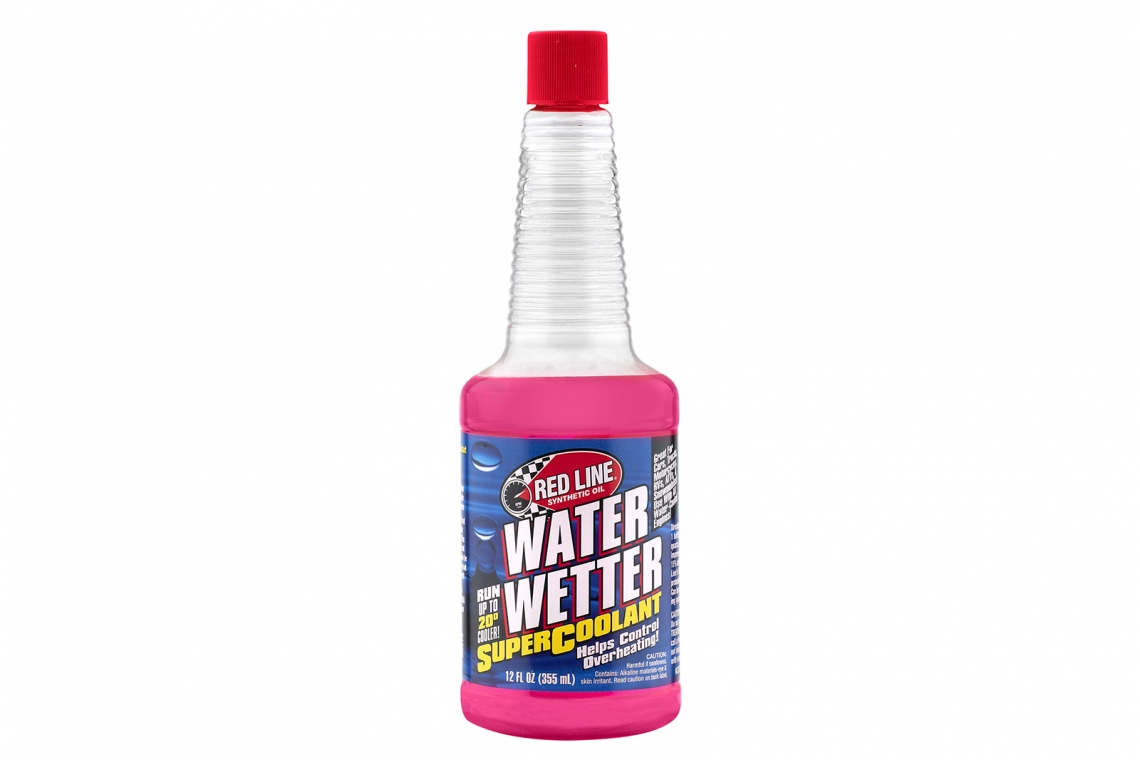 BENICIA, CA (2020) – A vehicle’s cooling system is one of its most vital, yet often overlooked parts. Red Line Synthetic Oil, a leading supplier of synthetic lubricants and additives, has been helping owners and enthusiasts take care of their cars’ cooling systems with the additive, WaterWetter®, for 40 years. Specifically designed to lower coolant temperatures by as much as 20 degrees Fahrenheit, while simultaneously protecting against harmful rust and corrosion, WaterWetter is a must-have when temperatures begin to rise this summer.

Originally designed for racing applications, WaterWetter was created specifically to reduce strain on the cooling system allowing for more reliable performance. Now, that same technology is also available for use in everyday applications. The best part is that it’s extremely easy to use. Simply wait for your car to cool down, remove the radiator or expansion tank cap and pour in the appropriate amount, one bottle for a typical automotive cooling system. No mechanic required!

By lowering the surface tension of coolant, WaterWetter acts to lower engine coolant temperatures. This allows for greater heat transfer from the engine’s metal components to the coolant, reducing the chances of overheating and the formation of unwelcome cylinder head hot spots. In addition to its increased cooling abilities, Red Line’s WaterWetter also protects vital components from corrosion. Modern automotive engines often have aluminum parts including radiators, heads and water pump housings. As a result, these engines require even greater corrosion protection, compared to their cast iron counterparts. WaterWetter can help prevent potentially catastrophic corrosion build up by forming a protective film inside these parts.

The majority of street cars run a 50/50 ethylene or propylene glycol/water solution in their cooling systems. Those set ups benefit from the use of WaterWetter because normal driving conditions, such as stop and go traffic, can overburden a vehicle’s cooling system and cause overheating. Additionally, those cooling systems can be more susceptible to rust and corrosion as old, unchanged coolants can turn acidic and speed up internal corrosion.

Red Line WaterWetter also works exceptionally well in performance racing applications where the use of conventional glycol-based coolants is not permitted. It doubles the efficiency of water by drastically improving heat transfer while providing crucial rust and corrosion protection in water only cooling systems. As an added benefit, by reducing the cylinder head and charge temperature, WaterWetter may also allow for more spark advance and subsequently increased torque. Since the beginning, Red Line Synthetic Oil has created products for racing applications with the idea that racers require the best of the best. This philosophy of creating the most advanced lubricants has become a pillar of the brand, not just within its racing line but with all of its product offerings. Red Line creates its synthetic oils and advanced additives using the world’s finest base stocks so consumers can rest assured their vehicles are receiving only the highest quality fluids.