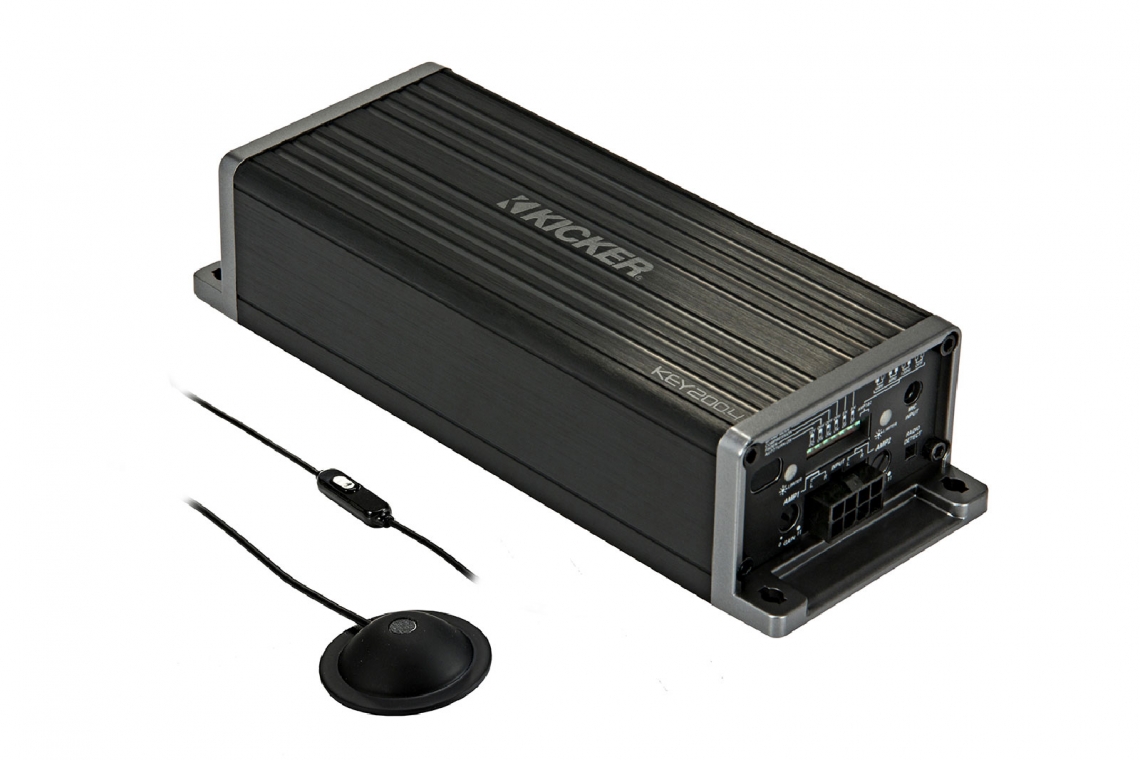 KICKER KEY technology is an AI-driven DSP, built to dramatically improve the quality of your audio in a matter of minutes. With two new amps and Smart Line Out converter, the sound quality in your ride is instantly unlocked - simply by pressing a button.

Cars are…well…let’s be kind and call them an acoustic nightmare. Every panel, seat, and dash are different from model to model. The distances from each speaker to your ears are far from symmetrical and tuning them takes something just short of a Ph.D. to magically bring both the realism back and the soundstage up to the dash where it’s supposed to be.

The magicians that knew how to make that happen used banks of 30-band EQ’s, crossovers and line drivers, all stuffed into the trunk of a Sound Quality competition car like so much instrumentation in an F-16 cockpit. Those magicians are still out there, but they are few and far between.

Why, you ask? Simply put, the answer is technology. Between things like MP3 compression, the increasingly difficult process of integrating aftermarket audio into a factory sound system, and finally the decades-long decline in Sound Quality competition itself, the need for sound processing waned. Business 101: if the public doesn’t want it, manufacturers won’t make it.

Companies like KICKER Audio made a conscious decision not to go quietly into that good night. There had to be a better, easier way to get sound quality into the ears of people that may not have even known it was possible… without losing the factory radio or even the factory speakers. The concept of KEY™ Technology was born.

The concept of an automatically tuning amplifier and line out converter helps to solve longstanding problems, both in time and technology. Traditionally, fixing equalization and time delay issues required expensive tools, first to identify then analyze the acoustic issues unique to that specific vehicle, not to mention the hours of “tweaking” needed – a task best done by an installer with extensive acoustic experience.

KICKER R&D Electronics Manager Joe Hobart recalls the research process, which was over a decade in the making. “Originally, the KEY was thought up about 12 years ago. The technology was very expensive at that point and only solved part of the problem (equalization), so we shelved it.”

Fast forward to 2016, when the company picked the mantle back up and made significant progress. “We were able to fix problems acoustically instead of electronically. That gave us a lot more flexibility to correct both equalization issues and correct time delay. You need to be able to fix the acoustic side, which requires a calibrated microphone. You have to be able to determine the frequency response of each speaker, the distance from the speaker to the listener (all while disregarding the cabin's acoustic reflections), then make corrections based on that.”

Dubbed a “Smart Amplifier”, the first KEY offering was a 45x4 full-range amplifier named the KEY180.4.  Armed with a custom microphone and powerful processor built into the amp, the KEY was built to first analyze, then fix a litany of acoustic issues in under five minutes. Measuring barely eight inches long and under two inches high, the amplifier is designed to fit easily under a seat or behind the radio. 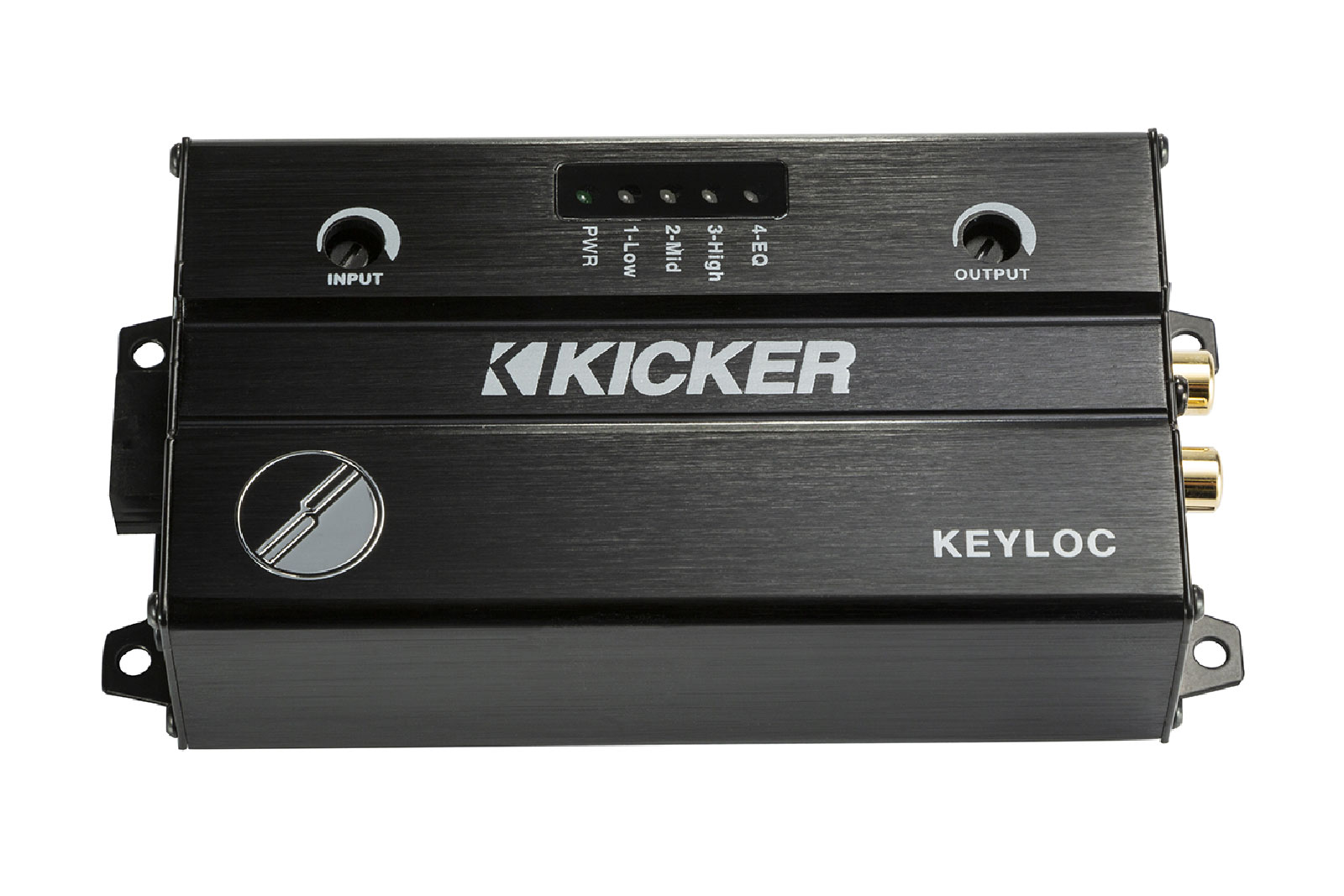 Hobart explained the algorithms in KEYLOC™ (Smart Line Out Converter) are even more advanced. “The accuracy in that converter is within 0.3 dB, which was necessary to make all the changes needed.” That includes correcting the noise floor with as much as 18 decibels of correction, defeating the factory All-Pass filters, and defeat the time alignment to bring the sound stage back up to the dash.

Factory audio algorithms are often meant to make systems sound “good enough.” KICKER’s KEYTM technology was built to take the limitations out of the sound system, without breaking the bank or requiring lots of expensive equipment to analyze the sound. It was also designed to be affordable, with a footprint and setup process that makes it easy to install.

KICKER’s newest four-channel KEY amplifier, dubbed the KEY200.4 (MSRP $249.95) is the 2nd gen full range amp. It has more power than its predecessor, retaining the original technology and size. 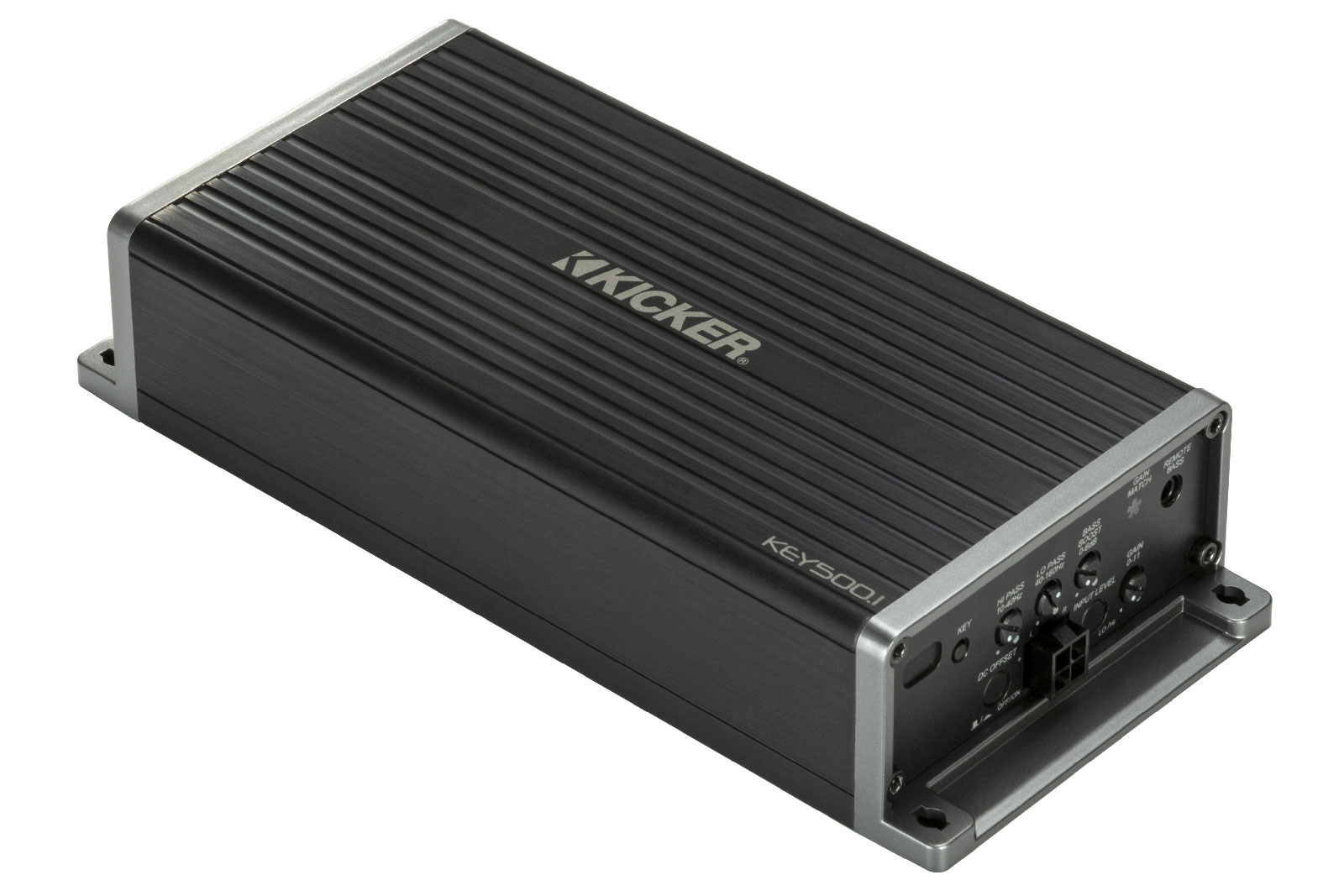 In 2020, the company added the KEY500.1 bass amplifier (MSRP $249.95). Using KICKER’s supplied test tones, the amp automatically analyzes the audio being fed directly into the amplifier. Once this signal has been analyzed, the amp will automatically fix peaks and dips in the signal coming in and restore the low bass that is typically missing in OEM audio systems. The KEY500.1 comes with 24dB subsonic and low-pass crossovers, bass boost and gain controls.

The KEYLOC Smart Line-Out Converter corrects the audio electronically, instead of acoustically.  The electronically corrected signal can then be manipulated however the installer/end user sees fit. Four LEDs are located on top of the KEYLOC. When tied to a speaker wire, each LED illuminates upon the detection of a specific frequency range: Hi, Mid, Lo and All Pass Filter. This innovative LED system allows you to quickly determine the usable frequency range of any speaker in the vehicle.

Making things easier for consumers and professional installers alike is a never-ending process. It is also a necessary one if the car stereo industry intends on thriving for the foreseeable future. Making a line of products that isn't just louder - but can make your car actually sound better - is a big piece of that puzzle. For more information, visit kicker.com. 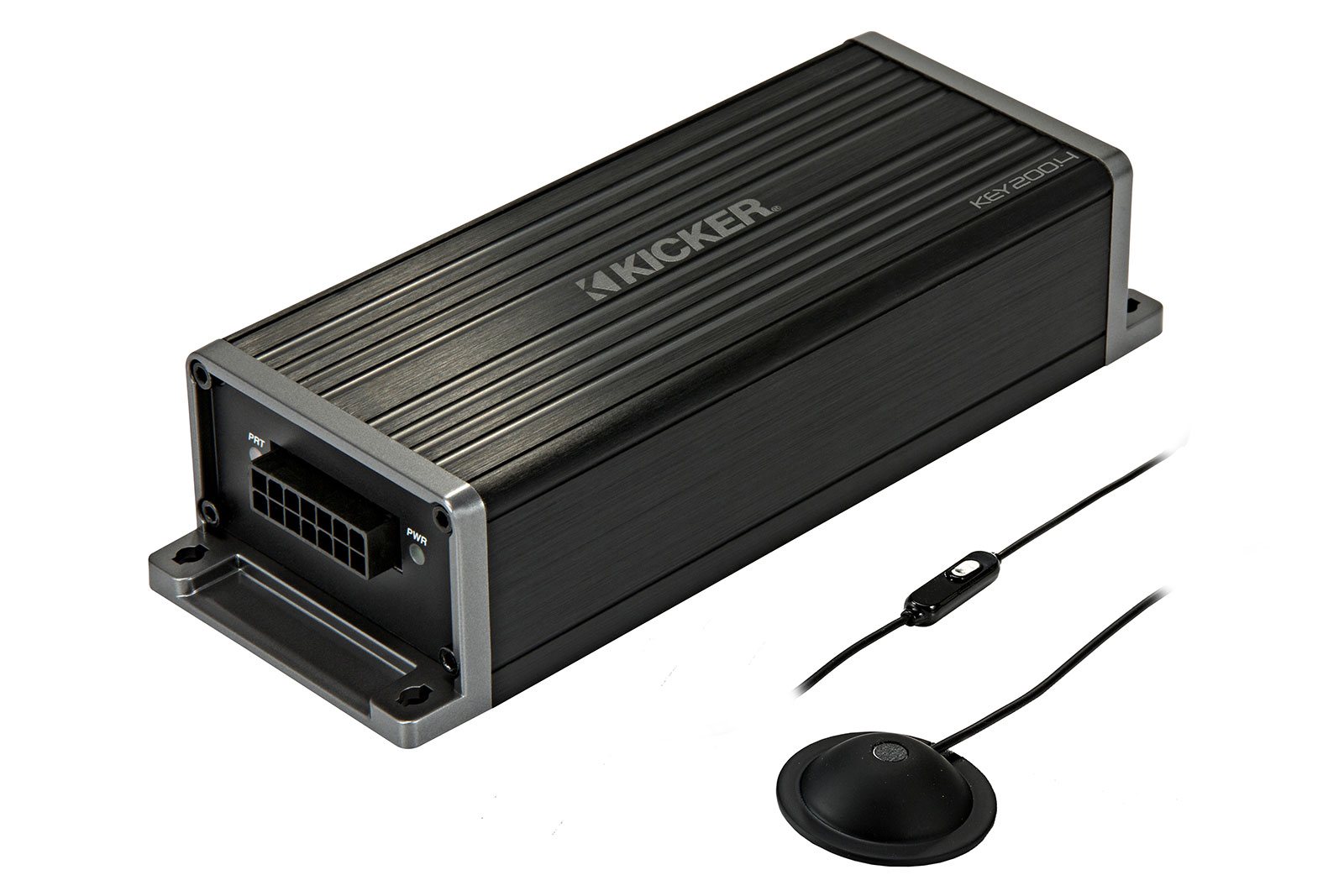 PASMAG #163 (Car Audio Upgrade Guide, 11th Edition)
It has been a while since we featured a Supra on the front cover of PASMAG, so we figured we would make it up to you guys with a double dose...