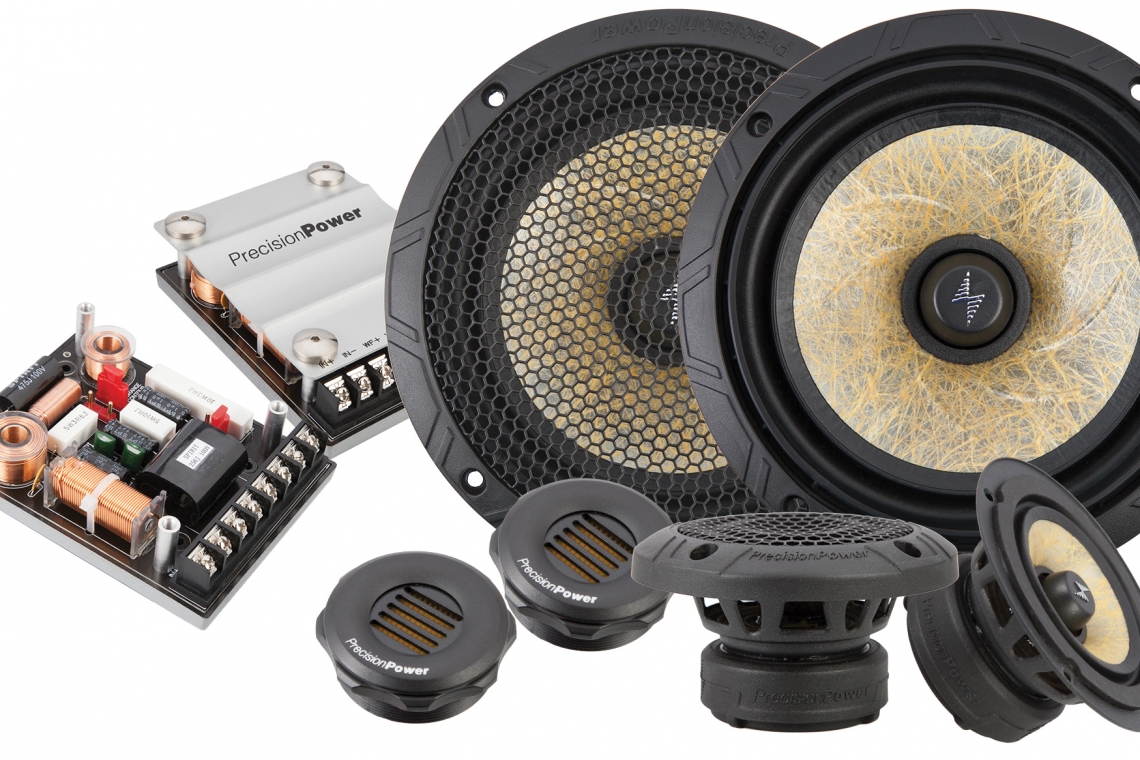 I was at the Consumer Electronics Show (CES) earlier this year and happened to look at a new set of component speakers from Precision Power. The system reminded me of an excellent package they had several years earlier, which was also a three-way system with a traditional 6.5-inch woofer, ?a 2.5-inch midrange and a separate tweeter. But that's about where the similarities to the previous system end.

The all-new P.65C3 system is redesigned from the ground up, and there are a few exciting changes.

There are big changes from the old system that I reviewed back in 2010. The woofer has gone to a low-resonance, cast aluminum basket which now carries a 3.5-inch ferrite motor. The basket is a multi-fit design with 14 mounting holes, spaced to fit almost any OEM pattern. Also new is the 1.2-inch voice coil, wound from copper-clad aluminum wire to keep the mass low. Electrical connections on the woofer are made via spring loaded nickel-plated terminals. The current is transferred to the voice coil through lead wires integrated into the spider. Details on the computer-designed cone are somewhat scarce, but I can tell you it’s now made from a “natural composite fiber” with a light yellowish hue, pressed into a special shape incorporating seven swirl-shaped tangential stiffening ribs.

Control of the outer diameter of the woofer and midrange cones comes courtesy of a UV-resistant and inverted butyl rubber surround, which claims to resist power compression. A flat-top phase plug finishes off the center of each the woofer and midrange. Both units come with molded rubber gasket/trim rings and integrated grills. 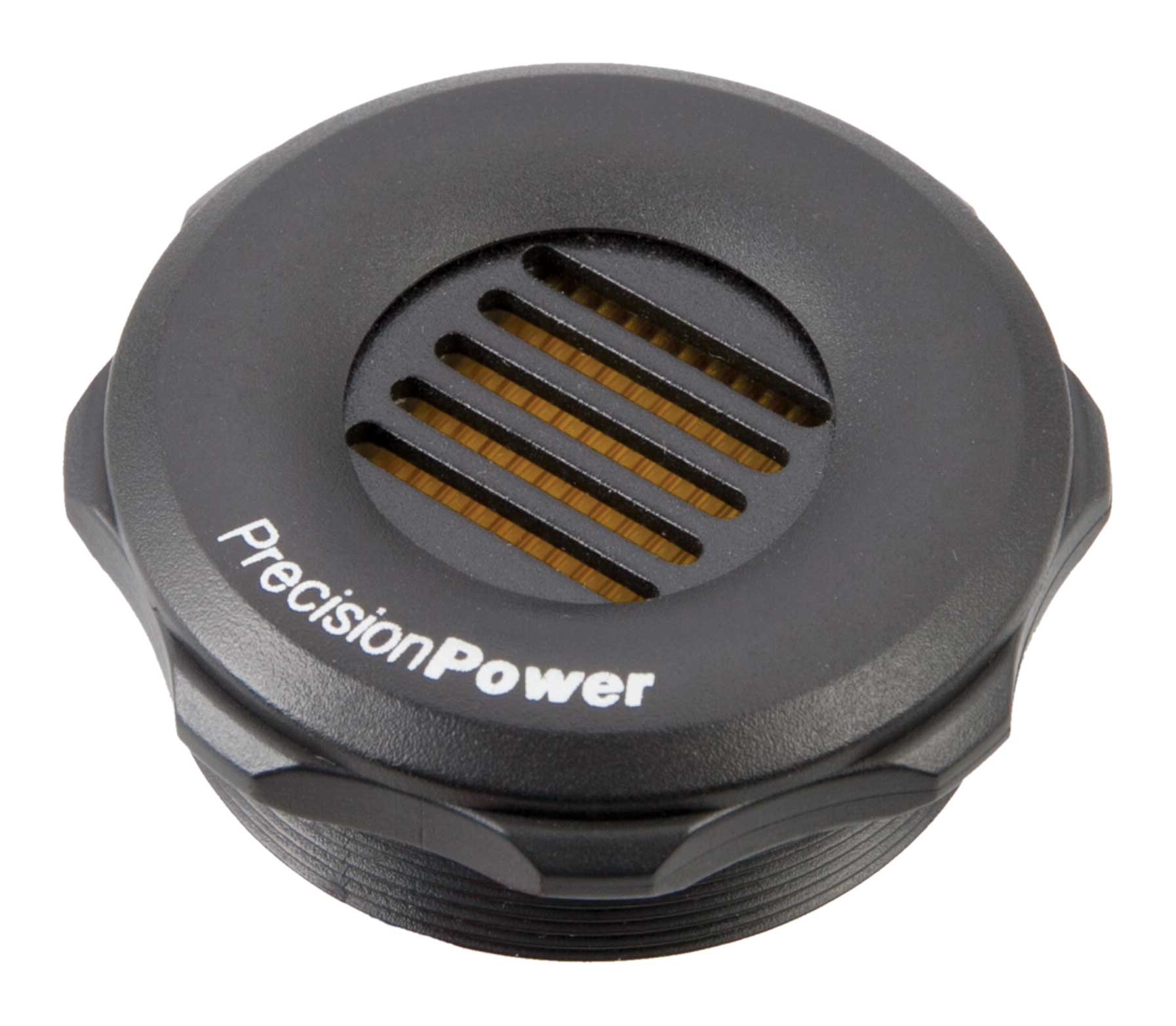 The tweeter of the P.65C3 is something entirely unexpected in the world of car audio; in fact, it’s the first time I can recall an air motion transformer (AMT) tweeter being used in a product designed for automotive use. The AMT tweeter was invented by Dr. Oskar Heil. The diaphragm of the tweeter is formed into a sort of folded structure that moves side to side, like the bellows of an accordion. This forces air through special reed chambers with very high velocity – five times faster than the speed of the diaphragm – and why the design is called an “air motion transformer.”

The result is a tweeter that produces incredibly high frequencies, (up to 40 kHz is typical) and because of the actual area of the tweeter, it also has very low distortion. Perhaps the most important aspect of the tweeter is its fantastic off-axis capability. This is truly a tweeter that can be mounted almost anywhere. 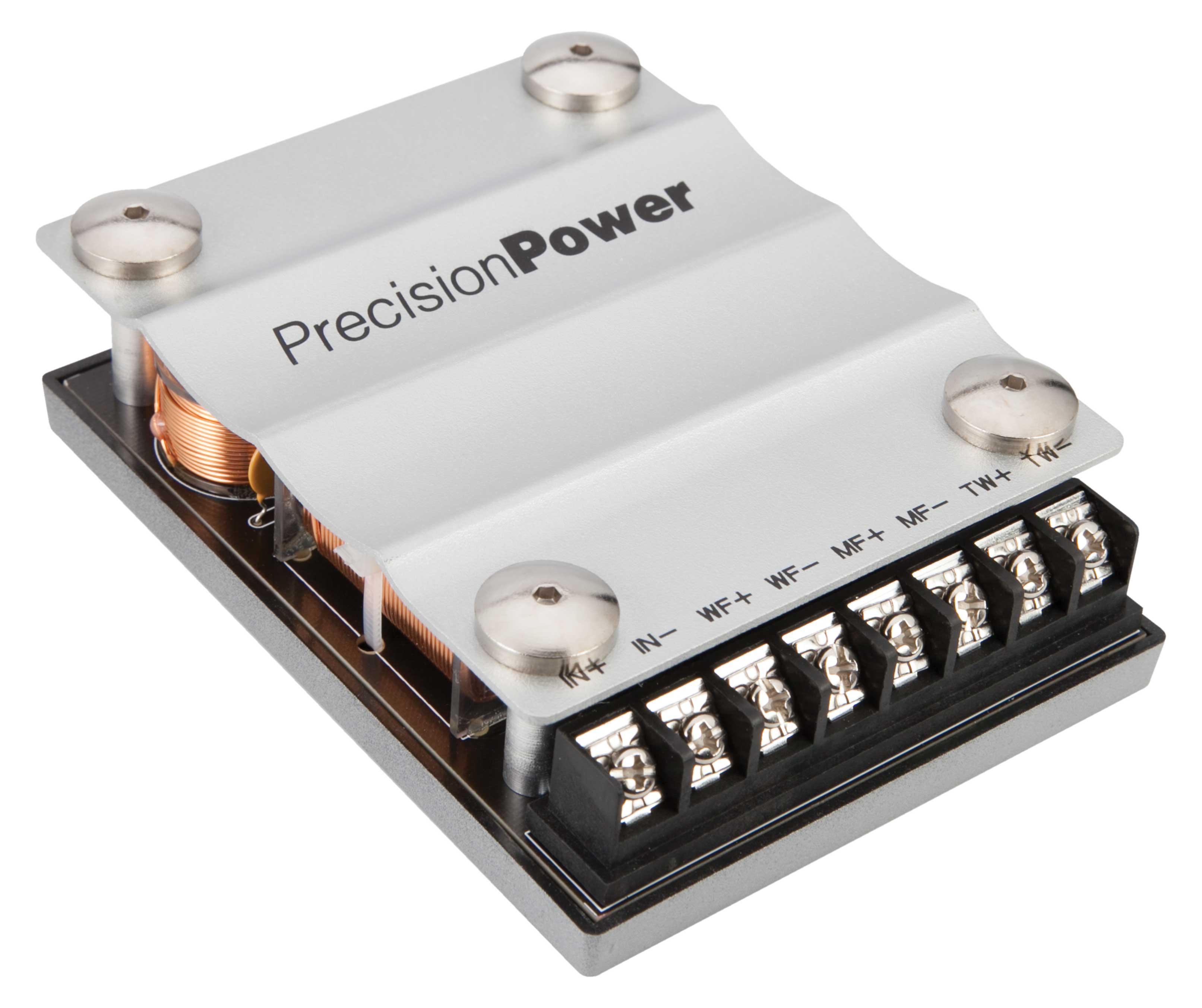 The crossover of the system follows the high end approach found on the other components. High quality polystyrene capacitors, air and iron core inductors, and heavy duty response adjustment jumpers are used for maximum sound quality and reliability. The jumpers are used to reduce the output of the tweeter by three decibels, and another is marked “Midrange Contour,” which can be adjusted to alter the output of the system to compensate for speaker placement imperfections. Connections are made via conventional Phillips screw buss-bar style connections. A polyswitch has also been employed to protect the tweeter from accidental over current.

LISTENING
Being very impressed with the overall build quality and obvious attention to detail in examining the components, I’m really looking forward to listening to the P.65C3s. After a short break-in period, I mount them in my listening room baffles and get ready for a good session. Wow! I'm not disappointed!

I begin with Count Basie’s Take the A Train. This track has a spectacularly recorded Boesendorfer grand piano, and the PPI components do it complete justice. The sound is natural with the full resonance of the piano and the sense of space the recording is supposed to have. Cliff Eberhardt’s My Father’s Shoes is a lively track with fantastic male vocals and a very wide range of frequencies. The P.65C3s reproduce the acoustic guitar and tight drumming in this track almost perfectly. All the natural resonances in his voice are easily evident and the system simply sounds open and real.

The tweeters are amazing. The three-way PPI system delivers ?a level of detail that I usually only expect from good home speaker systems. This is a system that is probably going to appeal to more experienced listeners who appreciate very good recordings. The sound is so smooth and flat that some people may think it lacks excitement. The truth is, it’s simply more open and natural sounding, and much more refined than those “attention grabbing” systems.

MEASUREMENTS
When I measure the P.65C3 system, I notice a very narrow dip in the response curve right at 7,300 Hz. I assume this is the crossover point of the tweeter, but the width of the dip in response is so incredibly narrow that it is completely inaudible. You can disregard this when you look at the response graph. If I didn’t have my test equipment set up to show this much detail, the curve would have come out totally smooth. The midrange contour adjustment doesn’t make much difference in my on-axis measurement, but I believe it will be a useful feature when tuning the system in an actual vehicle.

CONCLUSION
You owe it to yourself to audition the PPI P.65C3s. This is a truly great sounding speaker system. It ranks with the best in the $450 to $500 range, which is where these live. If you have never heard air motion transformer tweeters perform before, that’s reason enough to bring a couple of your favorite CDs to your local PPI dealer and give them a listen. They’re not built to appeal to everybody, but if you fancy yourself as something of an audiophile, they may be for you.