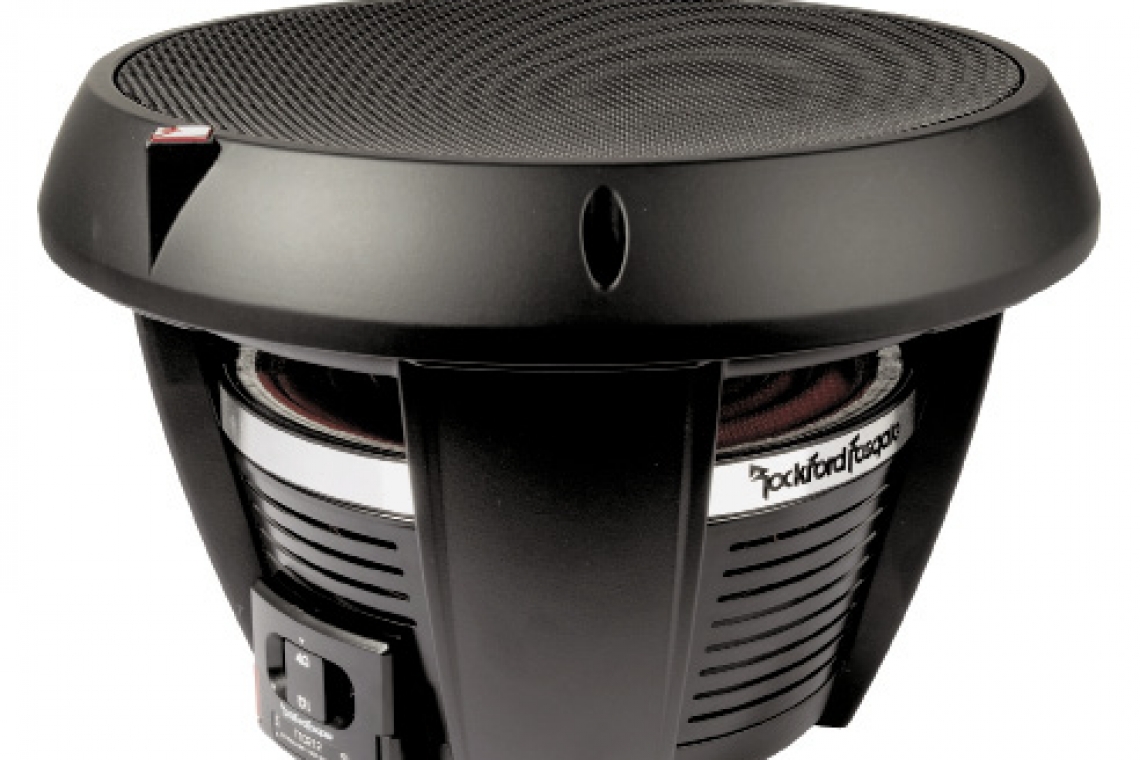 In the high performance car audio world, the Rockford Fosgate brand has certainly made a name for itself as the originator of such legendary products as the Punch 45, Power 650, Symmetry, and the industries first dual voice coil woofers back in 1989, as they continue to be a leader in product innovation and technology. And while most of us tend to think about electronics when those terms are used, the company also pushes the technological envelope when it comes to their speakers and subwoofers. A perfect example of what I’m talking about was delivered to our lab in the form of the Rockford Fosgate Power Series T1D412 subwoofer.

The Rockford Fosgate T1D412 subwoofer is loaded with trick and cool innovations that make the woofer easier to install, and improve its performance. The first thing you notice when you take the woofer out of the box is that it has an unusually shaped surround. Unlike the popular wide, fat rolled surrounds, the T1 woofers use a tall, narrower surround. The reason is to not only maximize the woofers excursion capabilities, but also to maximize the amount of cone area available. After all, the more air you move, the more bass you’ll have, and Rockford calls this ingenious (patent pending) surround “VAST”, which is an acronym for “Vertical Attach Surround Technique”. The idea behind VAST is to eliminate the large flat area that is usually used to secure the surround to the cone, thereby increasing cone area, and output. The “cone” that you see and that actually moves air is actually a large aluminum dustcap, which provides a smooth concave look, and helps to dissipate heat from the voice coil assembly. The dustcap/cone assembly is actually driven by a Kevlar reinforced paper cone which can be seen by looking through the open areas of the die-cast aluminum basket. In the interest of maximum heat dissipation, black anodized aluminum is used for the 3-inch former, on which dual voice coils are wound with copper-clad aluminum wire. Another trick technology is used to dissipate even more heat, this one is called “IDHS” which stands for Inductive Damping Heat Sink. 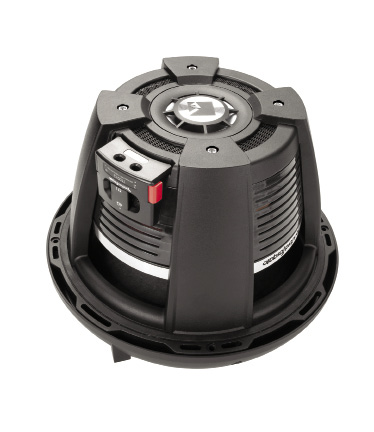 Attached directly to the top surface of the nearly 8 pound magnetic motor, the copper heatsink not only is finned to disspate heat from the magnetic material, but it is also used to reduce distortion and back EMF (Electro-motive Force) from the woofer, which leads to better sound and improved reliability.

Rockford Fosgate has gone to great lengths to ensure the T1 woofers will tolerate the sort of abuse their typical customer will put the product through. To this end, even the tinsel leads have received special attention by stitching them to the spider in multiple points. This allows each tinsel lead to have reduced mass, and spreads the stress over a much larger area, resulting in a more robust electrical path to the voice coils.

Those of you who struggle with remembering your series and parallel wiring methods and formulas will appreciate the really trick and very handy “SWIFT” terminals. Short for Selectable Woofer Impedance Fused Termination, the SWIFT terminals allow almost instant selection of either 2 or 8 ohm wiring, and best of all you connect both the voice coils with a single positive and negative wire. The impedance selection is done by simply rotating a special center plug that’s clearly marked for the intended impedance. Once in place, the jumper plug also provides fused protection from severe or accidental overloads. Wire connections are handled by slickly integrated spring loaded terminals that will accommodate up to 8 gauge cables.

And to cap the whole thing off, included in the box is a special trim ring and removable heavy-duty steel mesh grille that looks terrific and really trims out the woofer.

When it comes to reliability, Rockford Fosgate goes to great lengths to ensure the products exceed the expectations of even their most enthusiastic customers. To that end, the T1 woofers not only meet the stringent CEA-2031 standards, but the design also has to pass a brutal 24 hour full power torture test before it is approved for production.