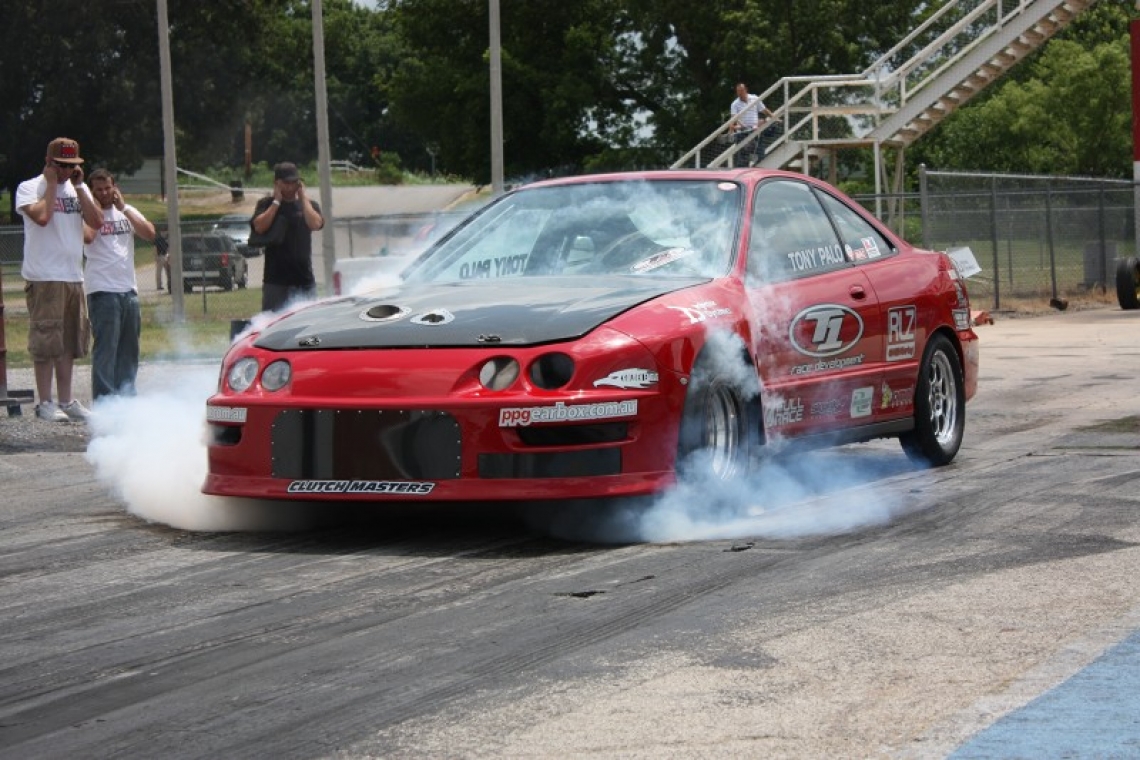 Text and Photos by Import Face-Off

All FWD competition racers were looking to take out series points leader, Aaron Lopez from San Antonio, TX in his 98' Honda Civic.  Aaron had a $300 bounty put on his head for his controversial win over Tony Palo at the Dallas IFO back in April (late stage).  Tony was looking to be the event winner with an 8.97 @ 172.4 mph for the #1 qualifier spot (half a second faster than #2 qualifier, Aaron) but shifting issues caused him to go out in second round of eliminations.  Aaron ended up taking the win again with a 9.573 @ 157.31 mph to Jeremy Freedman’s 10.455 @ 146.98 mph from Dallas, TX in his 97 VW Gti.  The bounty on Aaron has now increased to $400 cash paid to anyone who takes him out during eliminations at the next IFO race.

All Motor Pro was won for a second time this season by Alex Pagan from Tulsa, OK with Humble Performance in his K-Series Honda Civic that ran an 11.021 @ 125.22 against Jason Lumpkin from Rowlett, TX in his B20 Honda CRX that ran an 11.288 @ 121.35 mph.  This marks the second event that Alex has met Jason in the finals with almost identical win margins.  Their first finals race was at the Kansas City IFO in early May.  Because of his consecutive win, a $100 bounty has been placed on Alex.

Chuck Seitsinger from Yukon, OK won the Outlaw class in his 92' Honda Civic with an 8.438 @ 181.48 mph.  Chuck was looking to take out Kenny Tran who also has a bounty on his head for consecutive wins, but Kenny was a no show.

Team Sunworks won Best Club Representation in the car show portion of this event.  They are now tied in points with Team Import Allstarz for the 2010 IFO points championship. www.importfaceoff.net