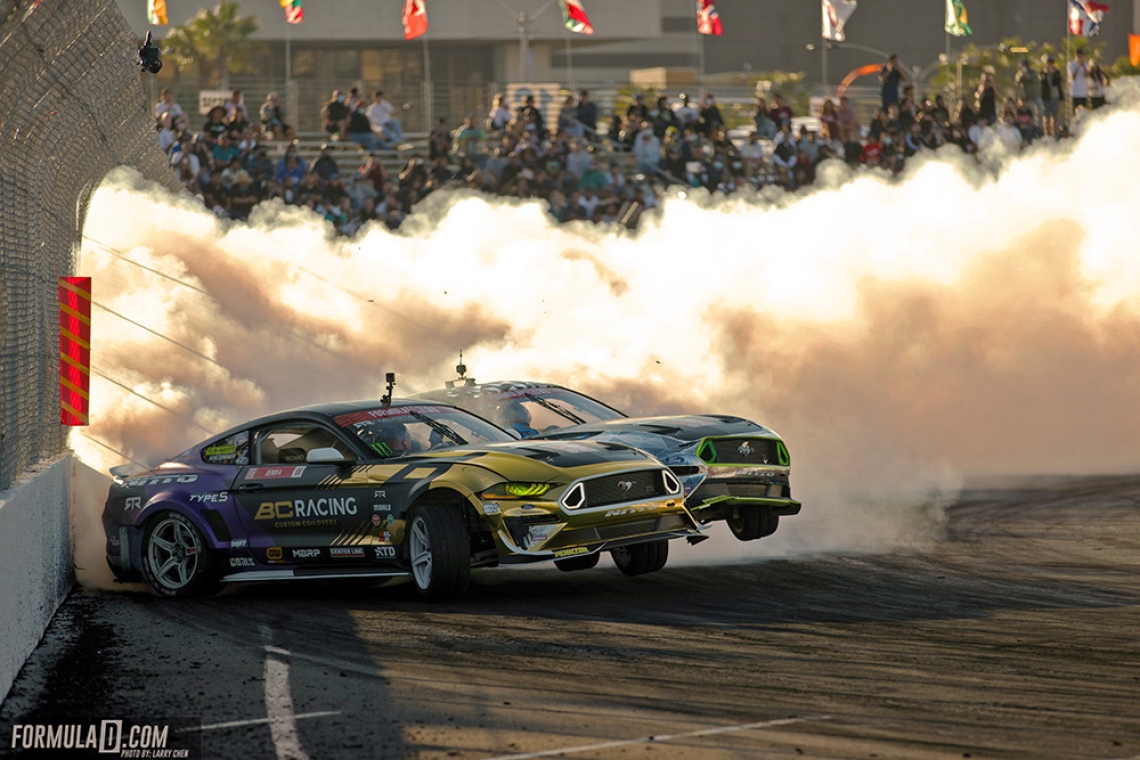 With Formula DRIFT returning to the Streets of Long Beach in just ten weeks, tickets are now available for fans to experience all the action and excitement on the legendary city street course, which takes place on April 1-2, 2022.

After a cancellation and date shift in recent years, Formula DRIFT is pleased to restore the Long Beach round as the season opener in its traditional April time slot for the Formula DRIFT PRO Championship. It kicks off the eight-round national series, which will see the teams travel to Georgia, Florida, New Jersey, Illinois, Washington, and a brand new venue in Utah before returning to Irwindale, CA for the Final Round in October.

Originally created as a demonstration event at the annual Grand Prix of Long Beach, Formula DRIFT quickly grew in stature and demanded its own sell-out event held one week prior to the Grand Prix. As a fan favorite, tickets sell quickly and we encourage people to visit formulad.com/schedule to make their purchase.

Fans are able to enjoy the intense Formula DRIFT action on the technical and unforgiving street course from the large trackside grandstands, which offer unrestricted views of the drifting competition. Fans can also visit the paddock to rub elbows with the teams, take advantage of the driver autograph session, visit the vendor area, grab great food, and find inspiration at the Tuning 365 car show. Hardcore fans are able to sign up for a VIP package, which includes a track walk and collectible Formula DRIFT items, while keen photographers can join one of Larry Chen’s photo classes.

With so much on offer we strongly advise Formula DRIFT fans to visit formulad.com/schedule to book their tickets for Round 1: Streets of Long Beach on April 1-2 before it sells out!

“We’re delighted to have Streets of Long Beach back at the top of our schedule,” said Ryan Sage, President of Formula DRIFT. “It feels like things are slowly returning to normal and gives teams a familiar venue to begin their 2022 campaign. Not only is the track a favorite with teams but we know fans love the atmospheric street course. However, FD LB is traditionally a sell-out event, so we encourage fans to purchase tickets online now before they’re disappointed.”